When Patterson returned to being just Secretary, David Ashworth came from Stockport County to take over as manager. Patterson was pleased by his successor’s progress as the club scored 18 goals without reply in five wins in the league and three in the FA Cup from the middle of January to mid-February. ‘The interest in the club is enormous, and their run of league and cup successes is quite natural under the circumstances,’ Patterson said in the Liverpool Echo. ‘The boys are playing fine football and for long enough the people of Liverpool have recognised this and have stood by the side although we started rather badly. It was one goal against us week by week. We turned the corner in December and confidence and good football have done the rest. The boys fear no team.’

Having already worked at Anfield for 20 years at the time Ashworth's successor, Matt McQueen, decided to retire, it was no surprise that Patterson was asked to take over the reins with the title of secretary-manager, thus becoming in fact, the first man in Liverpool's history to manage the team in two separate eras, not Kenny Dalglish as so far has been believed by Liverpool FC historians. As things turned out, the eight full seasons during which Patterson was in charge were some of the quietest years in the club’s history, quiet in that nothing really sensational happened good or bad. They retained their place in the top division but never finished higher than fifth; they twice finished low enough to cause concern but not enough concern for relegation to be a serious possibility. But after finishing seventh in 1935, there was an alarming slump the following season with the team being victorious in only three of the last 20 league games. They eventually escaped relegation by three points but it had been a close call. The pressure of managing a First Division club where results were not good when added to a serious illness forced Patterson to resign from the managerial side of his double-post, although he continued as the club’s secretary. It was another George (Kay) who was persuaded to leave his post at Southampton and head north to take over at Anfield. 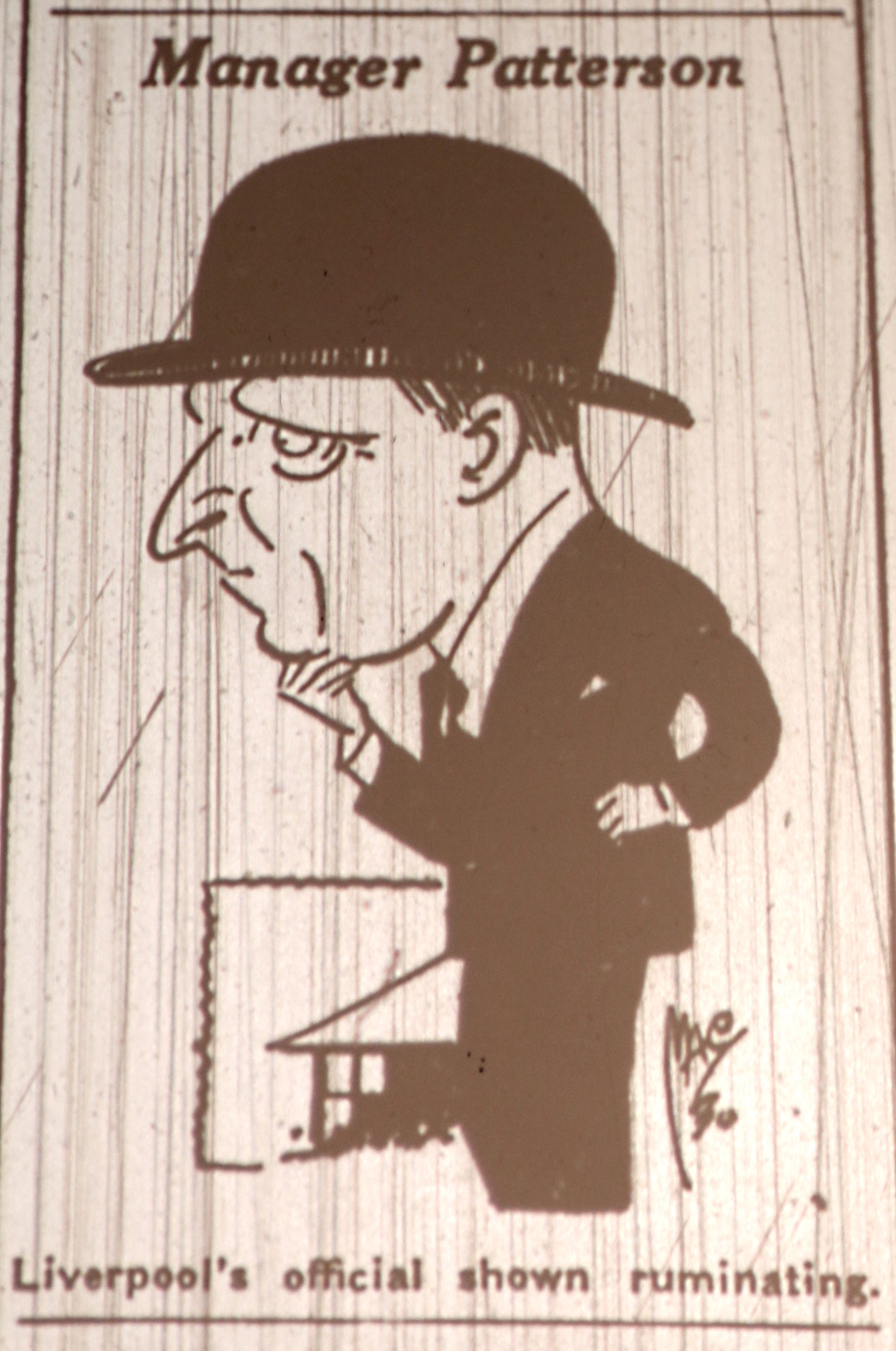