After an excellent start to the 1930/31 season with Rotherham United in Third Division North when he scored eight goals in seven matches Wright was sold to first division Sheffield Wednesday. Wright struggled to get a game for Wednesday and returned the following season to Rotherham. Liverpool saw something in him that Wednesday might have missed and Wright played in seven of the last nine League matches of that 1933/34 season for Liverpool and scored twice. In 1934/35 he and Hodgson scored 46 League goals between them, with Wright scoring 19 from 36 games. Wright had well and truly proved that he could score goals at the highest level. However, he only managed six from 25 appearances in 1935/36 and by 1936/37 he featured more often for the reserves than the first team but still scored four goals in the 13 matches he was selected for in his final season with the club.

The epitome of the crowd-pleasing centre-forward as he was strong and brave, good in the air and difficult to knock off the ball once it came into his possession. A final total of 33 League and cup goals from 85 starts still gave figures that showed his ability because 1934/35 apart, the club was struggling at the wrong end of the table in his Anfield career. 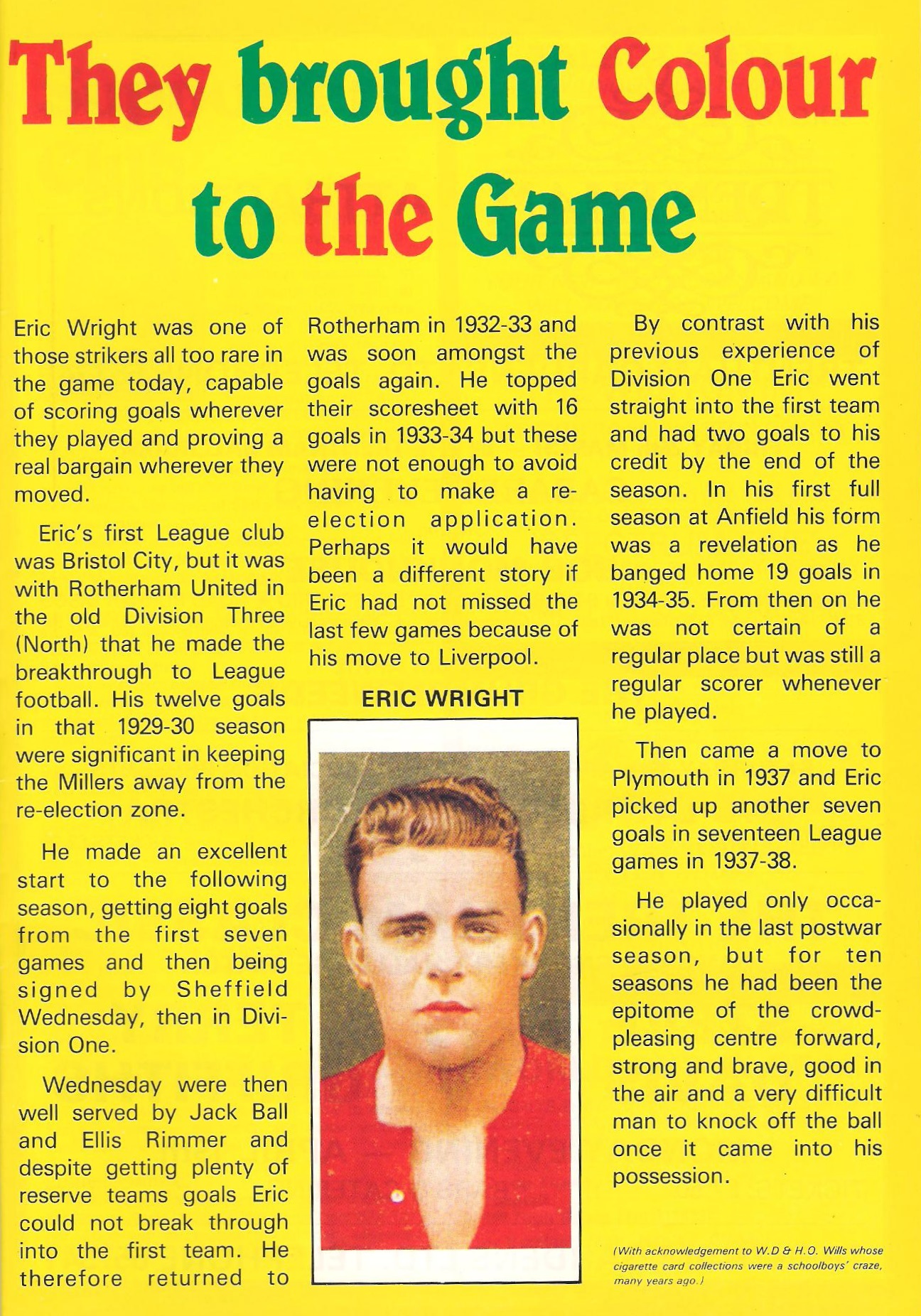 They brought colour to the game