Written originally by Owen Collins for LFChistory.net and updated in 2019. 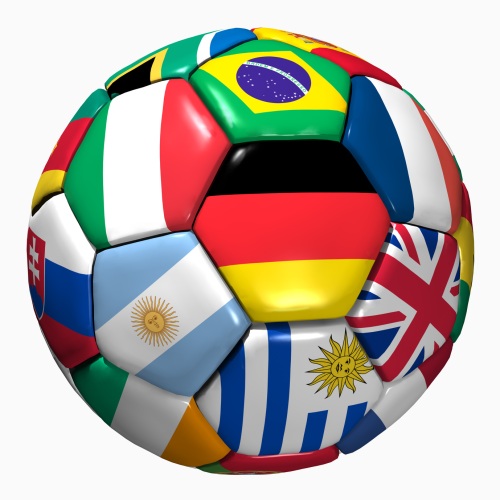 Liverpool FC’s representation at the World Cup and the European Championships is well-documented on this site from their first-ever winner in ‘Sir’ Roger Hunt to the recent dominance of a Spanish side featuring Xabi Alonso, Fernando Torres and, sporadically, Pepe Reina. But what of the other international tournaments that get a little less attention from the British media? Over the last twenty years, various Liverpool players have temporarily departed Melwood to join up with their compatriots in a quest for silverware, on various continents, with varying results.

Perhaps the most celebrated – certainly in Britain – of the continental competitions is the CAF Africa Cup of Nations, famously falling midway through the season and leading to several clubs having to cope with a depleted squad for a few weeks. Liverpool never suffered this as much as some of their counterparts, but nevertheless, have had involvement in the competition five times since 2000. That year’s tournament, shared between Ghana and Nigeria, saw Rigobert Song become the first Liverpool player to feature in the competition, and feature he did, appearing in all six games on to the way to victory in the final. Although his career at Anfield was less successful, Song made history as the first Liverpool player in history to win a continental level trophy and only the second ever to win a major international tournament whilst at Liverpool.

2002 saw Liverpool sign their first and second ever Senegalese players in quick succession, but it wasn’t until the 2004 edition in Tunisia that El-Hadji Diouf and Salif Diao featured whilst at Liverpool. Despite both playing every game, they were unable to prevent their side sliding to a 1-0 quarter-final defeat to the hosts. It was still further than either Momo Sissoko or Oussama Assaidi managed with Mali or Morocco respectively, neither nation managing to escape their group at the 2008 and 2013 tournaments. It wasn’t until 2015 that a Liverpool finally got their hands on the trophy again, Kolo Toure’s Ivory Coast winning in Equatorial Guinea after a fraught penalty shootout against Ghana, the Elephants eventually triumphing 9-8.

Sadio Mané came close to winning the Africa Cup in 2019 but Senegal lost the final 1-0 to Algeria.
Liverpool players' participation in the African Cup of Nations in 2021 will be to the detriment of the Reds' domestic season as the tournament will take place in January and February in the middle of the season.

Liverpool is an international phenomenon and LFChistory.net is used by fans from all over the world. Many Indians visit our site and evidently like many football fans fancy a flutter or two on sports like here at sportsbetting24.in.

Since Rafael Benitez’s arrival at Liverpool in 2004, there has been a steady influx of players from South America, including Lucas Leiva, Mauricio Pellegrino, Mark Gonzalez and Sebastian Leto. It was Javier Mascherano, however, who first represented the Reds in the Copa America in 2007’s competition in Venezuela. He proved to be one of Argentina’s strongest players, appearing in all six games and starting five en route to the final against intense rivals Brazil. Unfortunately for El Jefe, it was to prove a game too far and they lost 3-0.

Four years later, Brazil could only make the quarter-finals in a team that featured Lucas. It was Luis Suarez’s Uruguay who captured both the attention and the trophy though, Suarez scoring four goals along the way to earn himself the Most Valuable Player Award. The squad also featured Sebastian Coates, who was awarded the Best Young Player gong and would go on to sign for Liverpool after the tournament.

Four years on, in Chile, Lucas was left out of Dunga’s 23-man squad, but Philippe Coutinho did make the cut and featured in three games before his side succumbed to Paraguay on penalties in the quarter-finals.

Few have come across to play for Liverpool from Stateside, and as a result, there has been little success for the Reds in North America’s competition, the CONCACAF Gold Cup. Brad Friedel’s USA made it to the final on their own soil in 1998, but couldn’t overcome a Mexico side on their way to a sixth Gold Cup title. Two years later, and again in the US, Friedel played three games, but his side came unstuck in the quarter-finals, going down to Colombia on penalties.

The OFC Nations Cup is one of international football’s more unconventional competitions, doubling as the qualifying tournament for the 2006 World Cup. As the region’s dominant force, it was no surprise to see Harry Kewell’s Australia make the final, after a six-team group stage. They came up against surprise package the Solomon Islands, in a two-legged finale that bafflingly took place four months after the rest of the tournament Kewell was an unused sub for the first leg in a resounding 5-1 win, before making his first appearance of the tournament in the second leg, scoring the second of six goals in another comprehensive victory for the Socceroos.

Kewell has the unusual honour of being the only Liverpool player to have played in three different major international competitions. As well as the 2004 OFC Nations Cup and the 2006 World Cup in Germany, Kewell later appeared for his country in the 2007 Asian Cup. Following the FFA’s decision to switch confederation and join the AFC in 2006 in order to regularly come up against stronger opposition, Australia qualified easily for the 2007 tournament, held across Indonesia, Malaysia, Thailand and Vietnam. Kewell scored one goal in four games, but it was not enough to claim superiority in their maiden appearance, losing in the quarterfinals on penalties to Japan. In 2011, in Qatar, Brad Jones was a member of the Australia squad that finished but did not get any game time.

*2011 – Qatar: Brad Jones was in Australia’s squad but did not feature as they finished runners-up.

As one of the world’s most exclusive competitions, whereby qualification is usually only achieved through success in a previous international tournament, it is rare that Liverpool had players involved in the FIFA Confederations Cup. In fact, the first time this happened was something of a fluke, as Brad Friedel’s USA side earned their place as a result of Mexico qualifying as host nation, and therefore passing their Gold Cup winners’ berth onto the runners up. Unfortunately for Brad, the USA fell short against the Mexicans again, this time in the semifinals, before winning the third-place play-off against Saudi Arabia.

Spain’s golden era in the late 2000s meant they qualified for both the 2009 and 2013 tournaments. In 2009’s edition in South Africa, they were joined by reigning world champions Italy, who despite featuring the mercurial talents of Andrea Dossena, did not make it out of their group. Spain on the other hand, boasting a quintet of Reds, made it to the semifinals before losing to the USA, their first loss since November 2006, an incredible 35 games before! As with Brad Friedel a decade before, however, Spain rediscovered their form to take victory in the third-place playoff.

By the time of the 2013 tournament in Brazil, only one Spanish international remained at Liverpool, although Pepe Reina only featured once as his side progressed to the final before losing to the hosts. Luis Suarez and Sebastian Coates both featured for reigning Copa America holders Uruguay, but despite three goals for Suarez, they lost to Brazil in the semifinal.

In 2017 when the event was held in Russia, Emre Can was Liverpool's sole representative, featuring for Germany who qualified through virtue of being world champions.

Football has been a perennial fixture of the ‘Greatest Show On Earth’, and since the turn of the century, it has not been unusual to see Liverpool players competing for Olympic glory. Brad Friedel featured six times as the USA went for glory in Sydney but just missed out on a medal, losing the Bronze medal match to Chile. Eight years later, Liverpool had representation in three different nations, and it was Javier Mascherano’s Argentina who came out on top, making history as the first Liverpool player to win an Olympic Gold medal. Lucas’ Brazil didn’t come away either, taking the Bronze medal, whilst Ryan Babel’s Netherlands team could only make it as far as the quarter-finals.

As the Games returned to London in 2012, the BOA took the rare (and controversial) decision to enter a Great Britain team, for the first time since 1960. Craig Bellamy, in his final months as a Liverpool player before signing for Cardiff City, was the only Red to feature, playing in all four games and scoring Great Britain’s first competitive goal in decades in the opening match against Senegal. Team GB was drawn in a group with Suarez and Coates’ Uruguay team, who were perhaps unsurprisingly afforded a less than warm reception at their first game, taking place at Old Trafford. That was to be their only win, as they crashed out at the group stage, whilst Great Britain went on to suffer a characteristic quarterfinal defeat on penalties to the eventual Bronze medallists, South Korea.

*2012 – Joe Allen didn't move to the Reds and Craig Bellamy didn't sign for Cardiff until after the Olympics.