Born in Basyoun, Egypt on 15 June 1992, Salah began his professional career in his homeland with El Mokawloon. When the Egyptian league season was suspended in March 2012 following a stadium disaster at Port Said, Salah was signed by Swiss side Basel after impressing against them in a friendly for Egypt under 23's. Salah helped Basel to the Swiss league title and semi-finals of the Europa League in 2012/13, eventually going out on loan to Chelsea. In January 2014 he signed for Chelsea, preferring a move to Stamford Bridge when there was also interest from Liverpool. Salah failed to make an impression there and was loaned to Fiorentina for the second half of 2014/15. Salah stayed in Italy for 2015/16, on loan with Roma who he joined on a permanent deal in the summer of 2016.

Salah reignited his career in Rome, scoring 29 goals in 65 league appearances from wide positions. His ability to cross the ball as well as cut in and shoot attracted the attention of Liverpool manager Jürgen Klopp who paid a new club record fee to bring him to Anfield. Salah scored in his first pre-season game at Wigan on 14 July and although big things were expected of him in 2017/18, he went on to exceed all expectations. Salah was sensational, scoring 44 goals, the second-highest total of any player in the club's history. He was voted the PFA Player of the Year, Football Writers' Footballer of the Year and Premier League Player of the Year. Salah also claimed the Premier League Golden Boot, his tally of 32 goals breaking the record for a 38-game season. There was heartbreak for Salah in the Champions League final when he was forced off the pitch due to a shoulder injury after a challenge by Sergio Ramos. Salah was rewarded with an improved new five-year contract in July 2018 that probably guaranteed him close to £200,000 a week. After intensive treatment on his shoulder injury, Salah appeared twice for Egypt in the World Cup but was not at his best. However, he returned to Merseyside showing no signs of injury, netting the first goal of the new campaign against West Ham.


It would have been foolish to expect Salah to hit the same heights as he did in his debut season. However, his tally of 22 Premier League goals was enough to earn him a share of the Golden Boot alongside teammate Sadio Mané and Arsenal's Pierre Aubameyang. A six-game run in spring without a goal was seen as a severe drought, but he ended it in style by taking the ball out of his own half to score a fine solo goal at Southampton, leading to a booking for his celebration. Salah started 37 of the 38 Premier League games, coming off the bench in the other. He also came on as a substitute in both domestic cup ties. In the Champions League, he missed just one game, the second leg of the semi-final against Barcelona, due to concussion sustained in the previous game at Newcastle. Salah revealed a black t-shirt with the slogan 'Never Give Up' when celebrating the famous win at Anfield, something which became an iconic phrase in the build-up to the final in Madrid. On 1 June 2019 at the Wanda Metropolitano Stadium, Salah buried the ghosts of when he smashed home a second-minute penalty to send Liverpool on their way to a sixth triumph in Europe's premier club competition.
In 2019/20 Salah had yet another impressive season although his goal tally went down from the previous campaign. The Egyptian set such an incredible standard in his first season at the club that it is natural for the fans to have high expectations of him. Salah only scored twice in his last seven matches of the season and there was no Golden Boot this time around but instead of individual accolades he easily settled for a league title. 2021/22 was another impressive season for Salah, netting 22 goals in 37 Premier League games, his one squad omission due to contracting Covid 19. He began 2021/22 in devastating form, scoring stunning solo goals in successive games against Manchester City and Watford in October.

Winning ugly? This was hideous as Klopp's search for beauty goes on

Mohamed Salah strikes as Liverpool cruise to victory over Southampton

"I have played centre forward a lot, but I can still also play on the wing, I have scored many goals on the wing. I always call myself a winger as I don't like to call myself a No 9. My way, the way I play, it is never like hold the ball up and be strong. Even when I play striker, my position is different than any other player. Like Harry Kane, he has a different style. When I play No 9 I drop deep to play No 10 and get the ball and dribble, so I always call myself a winger. It depends on the game and the tactics that the manager wants. I can play as a No 9, but when I play as a winger I do my job. The manager doesn't say suddenly 'okay, now you are playing No 9', it doesn't work like that, he talks to me before the game."

Mo Salah in February 2019 to Jamie Carragher for Sky Sports 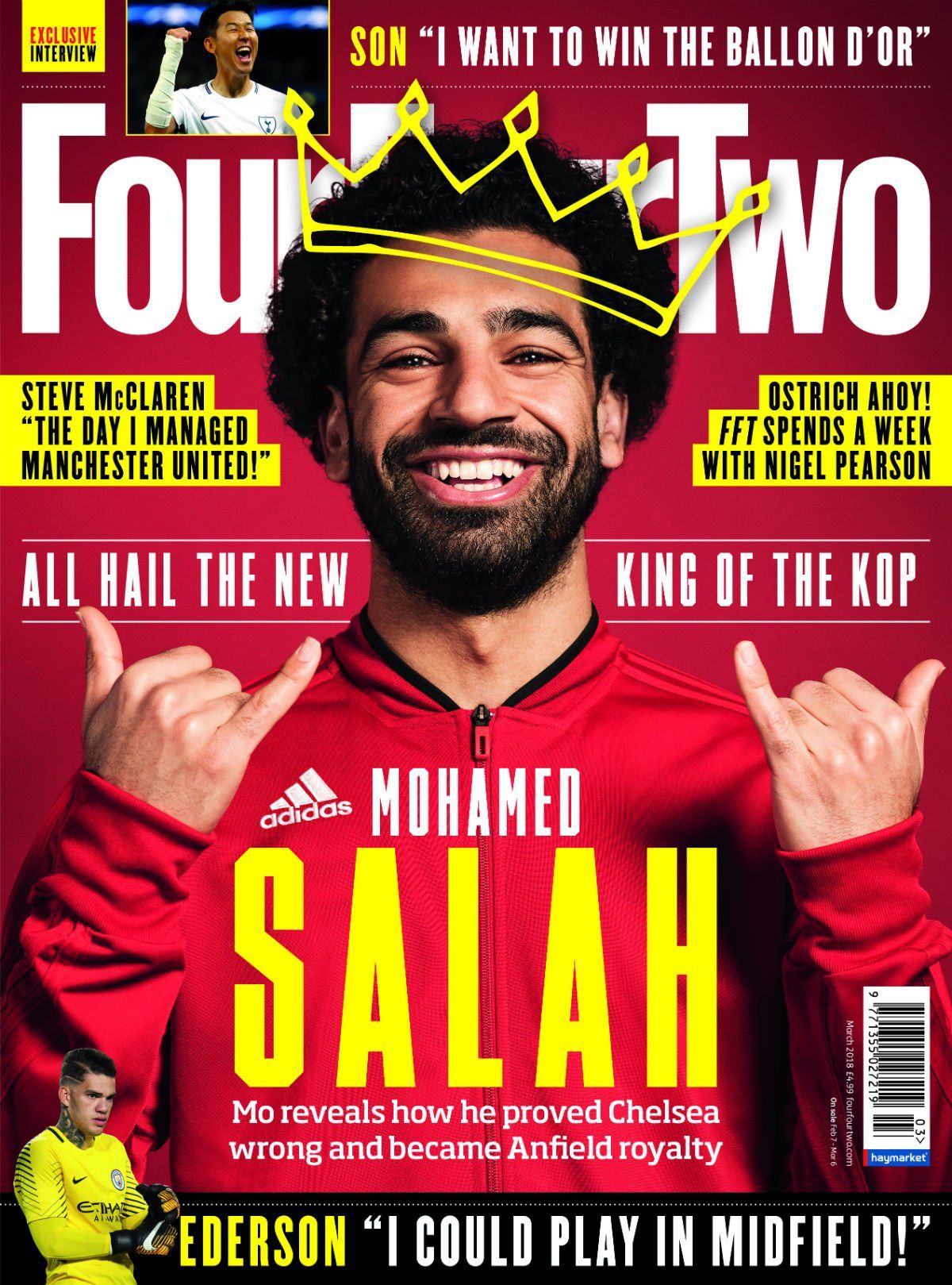 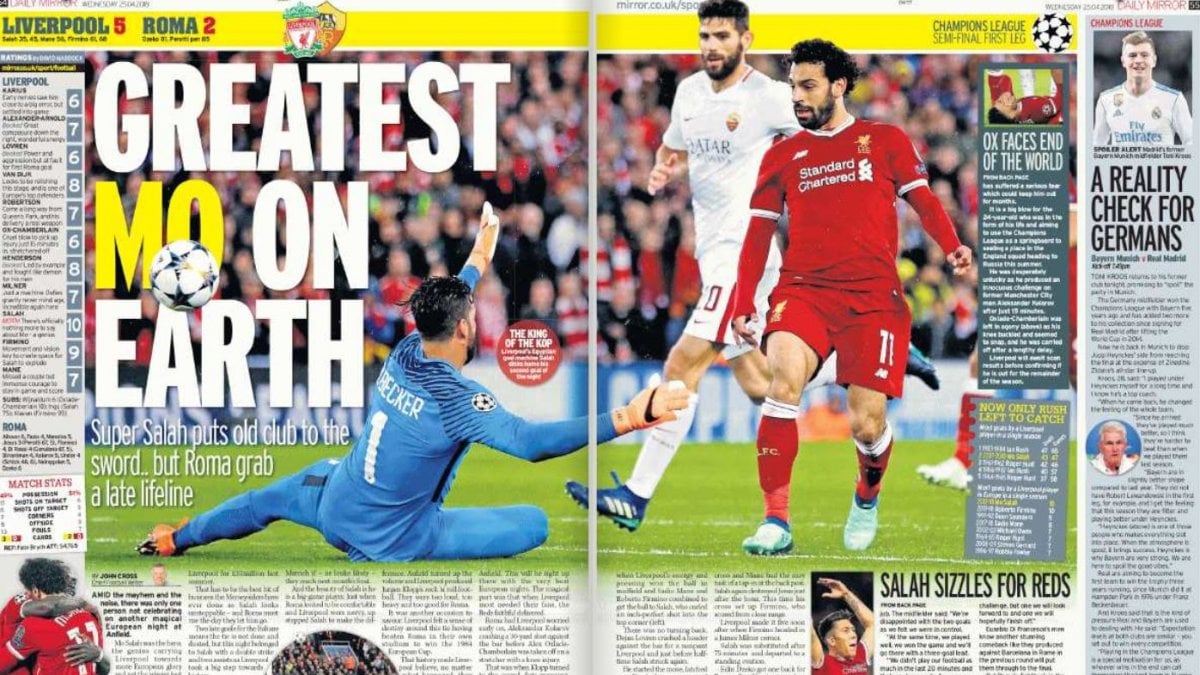 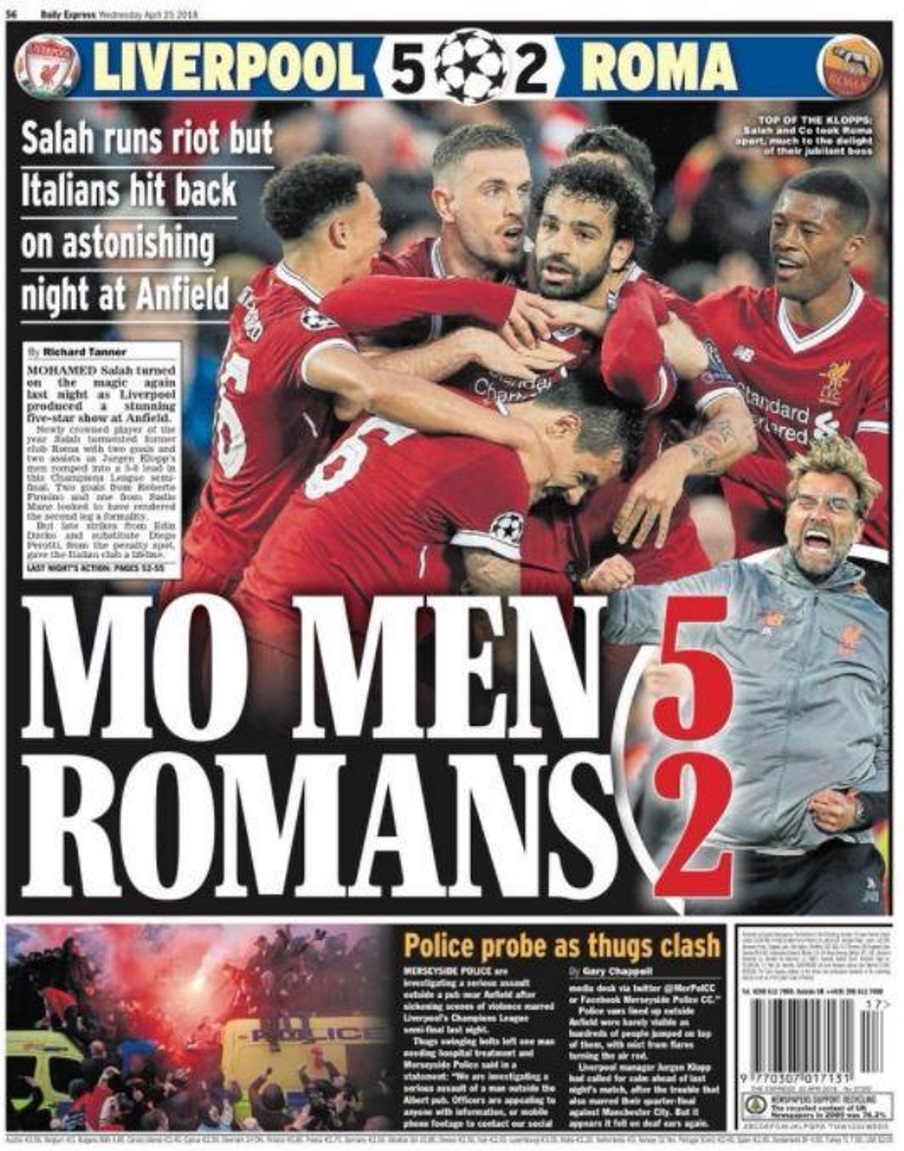 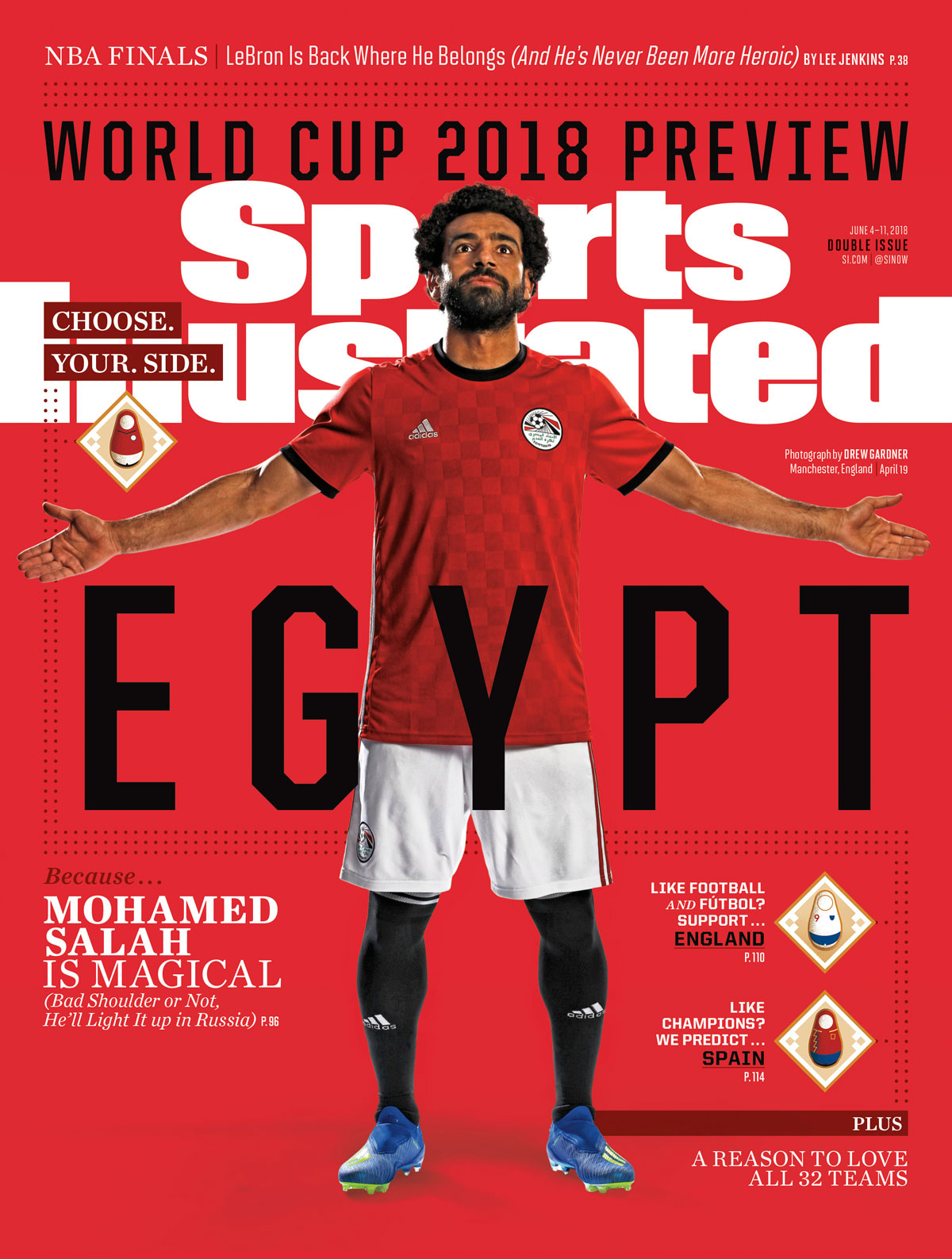 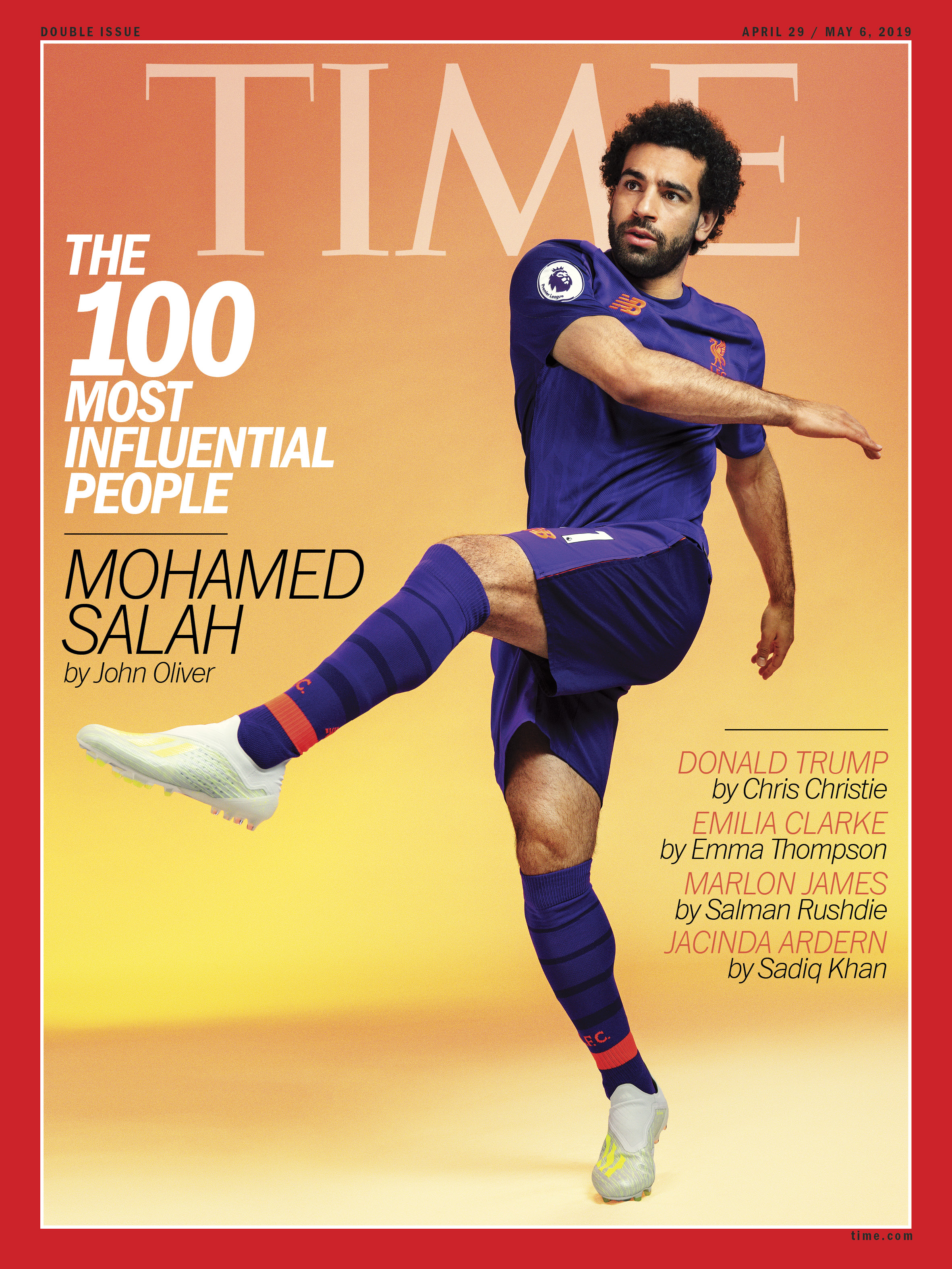