Norman's father, Scottish international defender Wilf Low, was a certified legend at Newcastle United. Norman was never on the Magpies' books but had appeared for his local side, Rosehill Villa, before becoming a professional at Liverpool in 1933. Tom Bradshaw was the club’s recognized centre-half at that time but Low replaced him for 11 consecutive first division matches in the first half of the 1934/35 season, Bradshaw playing in the other 31. In the following season Bradshaw only missed one league match, Low again deputising for him and the last of his 13 Football League appearances for Liverpool came on 26 September 1936 in a 2-0 defeat away at Leeds. Norman was manager of third division Norwich from 1950 to 1955 and Port Vale from 1957 to 1962 where he won the fourth division championship in the 1958/59 season. Low was also chief scout at Liverpool for a while before emigrating to North America in 1968.

"Tiny Bradshaw was the Liverpool centre half against me in most of the derby matches but I remember one time he was off injured and Norman Low was his deputy. Norman was only a kid at the time and he'd been told that wherever I went he was to follow me and not leave me alone for a yard. Norman did a good job. He went everywhere with me and I didn't get much chance to beat him until a couple of minutes from the end. Then Teddy Critchley went down the right wing with the ball. I moved across as though I was going to run with Teddy and Norman Lowe followed me. Suddenly I back pedalled, moved back into the middle and when Teddy crossed the ball, only about three feet off ground I flew through the air at it, met it with the head and the ball went into the far corner. We beat the Reds 1-0 with that goal and poor Norman got a dog's life but he had done a great job in my opinion in that match. 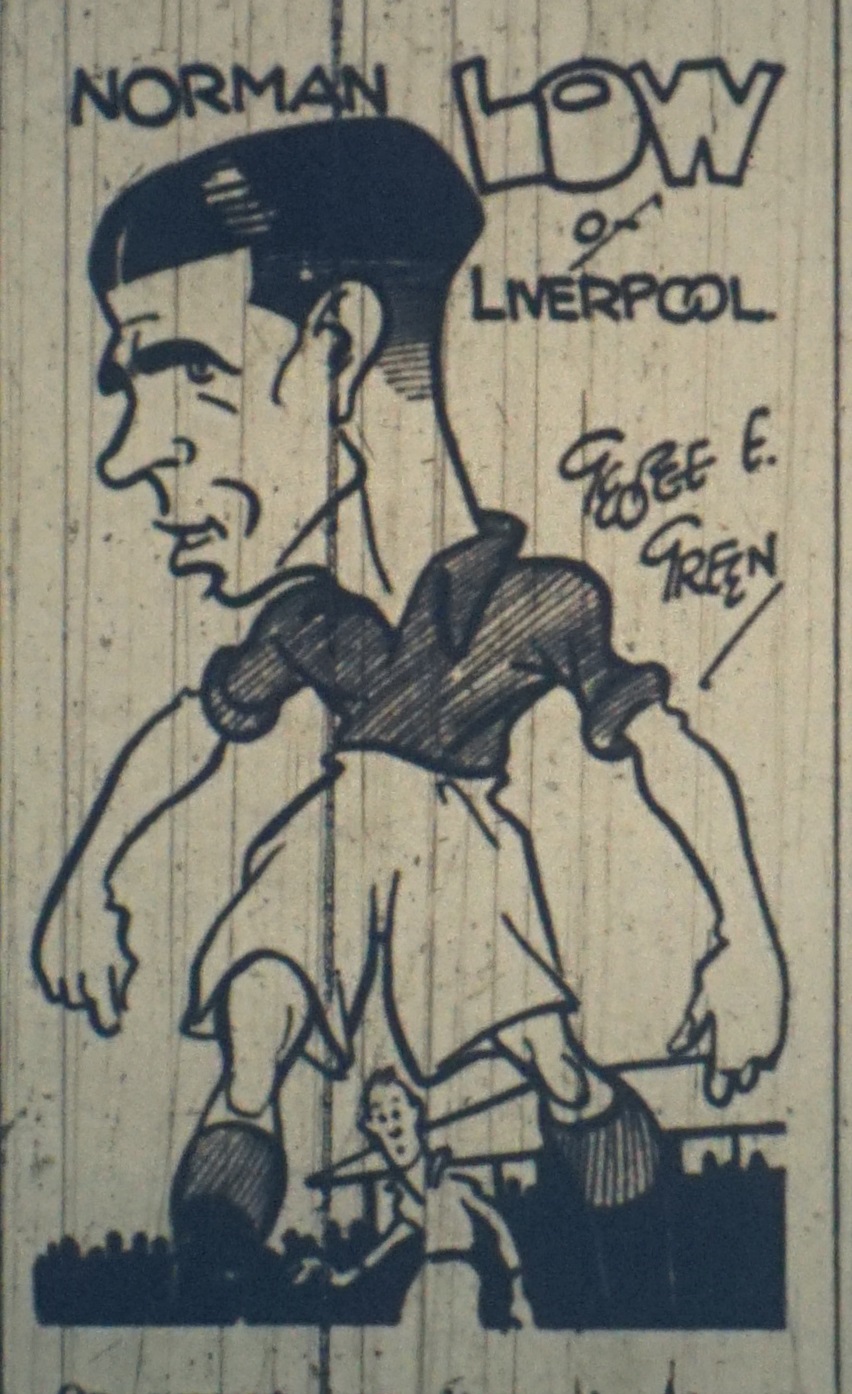