After impressing with 11 goals in 18 League games for first division Sunderland in the 1929/30 season, Liverpool invested in this flying winger at the start of the 1930's. He was probably easy to spot on the field of play as he seemed a bit Shrek-like in appearance. Gunson signed in March 1930 and made ten consecutive appearances until the end of the season, rotating between the right and left wing, again deputising for regulars Fred Hopkin and Harold Barton the following season. With Hopkin gone in the 1931/32 season Gunson was one of only two ever-presents in the League and scored 17 times in those 42 games. His run of successive appearances increased to 61 by early-November 1932 but he then lost his place briefly to Harold Taylor before reclaiming it back for another shorter run.

Gunson struggled in his post-Liverpool career because of a troublesome knee injury he had picked up at Liverpool and retired in 1936, 32 years of age. 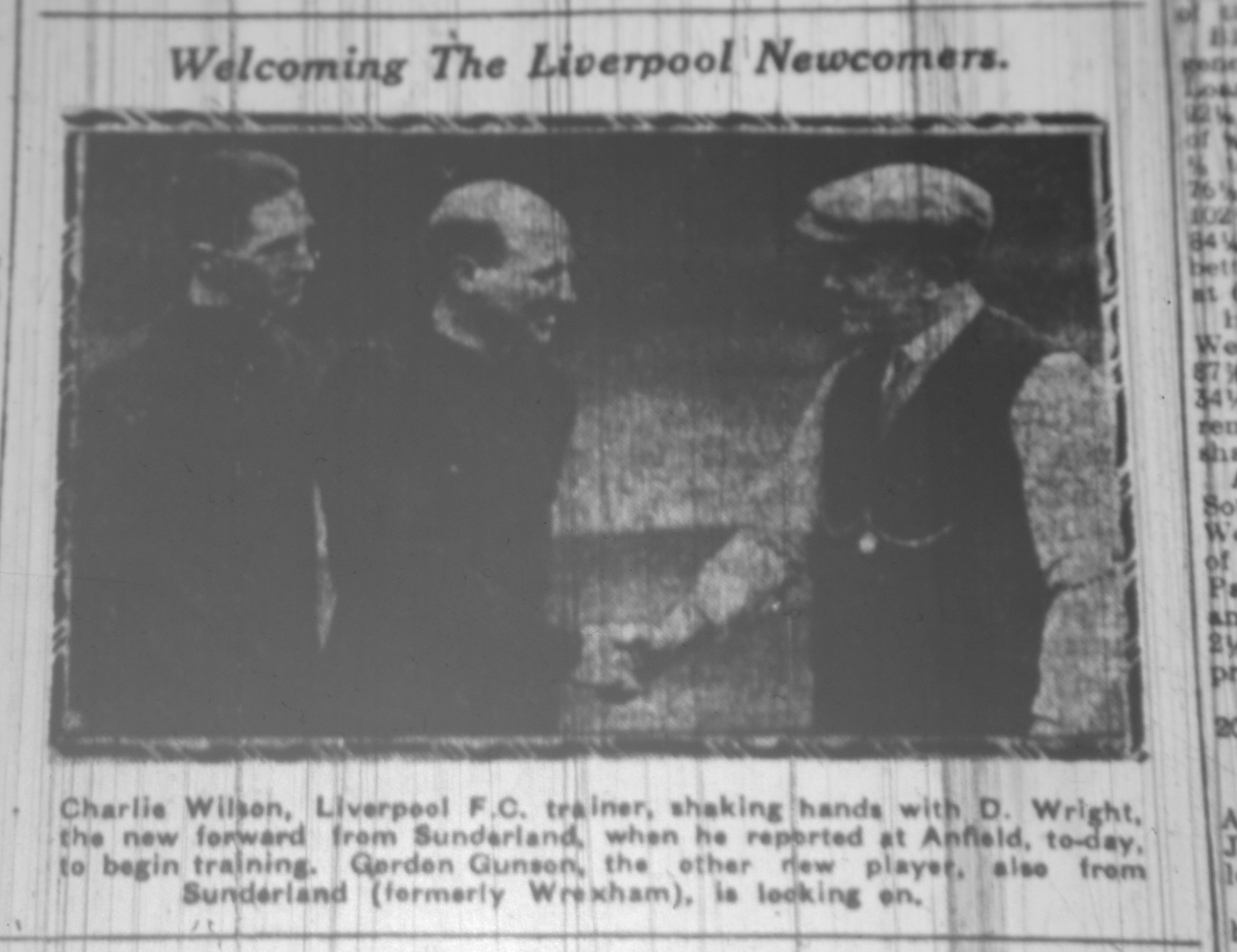