Nicknamed "Tiny", but Thomas Bradshaw was a giant of a man in the Liverpool team at the time. He was a veteran of 208 league games with Bury in the Second and First Division when he arrived at Liverpool for a club-record fee. He had played once for the Scottish international side two years prior which turned out to be one of the most famous games in Scotland's history. Scotland beat England 5-1 in front of 80,000 people at Wembley and the Scottish players were subsequently dubbed "The Wembley Wizards".

Used as a wing-half in his debut season, 1929/30, Tiny played in the last 17 league matches. He was just as comfortable at centre-half, a position he made his own over the next seven seasons, captaining the side from 1931-34. Tiny was literally a tower of strength in defence for the club which unfortunately had a below-average decade in the 30s.

Bradshaw ended his playing days with Third Lanark and South Liverpool. He returned to his native Scotland, dying in 1986 in his home town of Coatbridge.

In all the times I played against him he never used any of those sly little tricks that others did, like pulling you back by your shirt or shorts. Tiny went out to play football and let the best man win.”

Liverpool’s main foe in the 1920s and 30s was Everton's goal machine, Dixie Dean, who had great respect for Tiny Bradshaw

"A giant at 6 ft. 3 ins. [190 cm.], but amazingly agile. He had the build of Ron Yeats and the touch of Alan Hansen who were also Scottish. Tiny was a marvellous defender and the only man I have ever seen come anywhere near him was John Charles.” 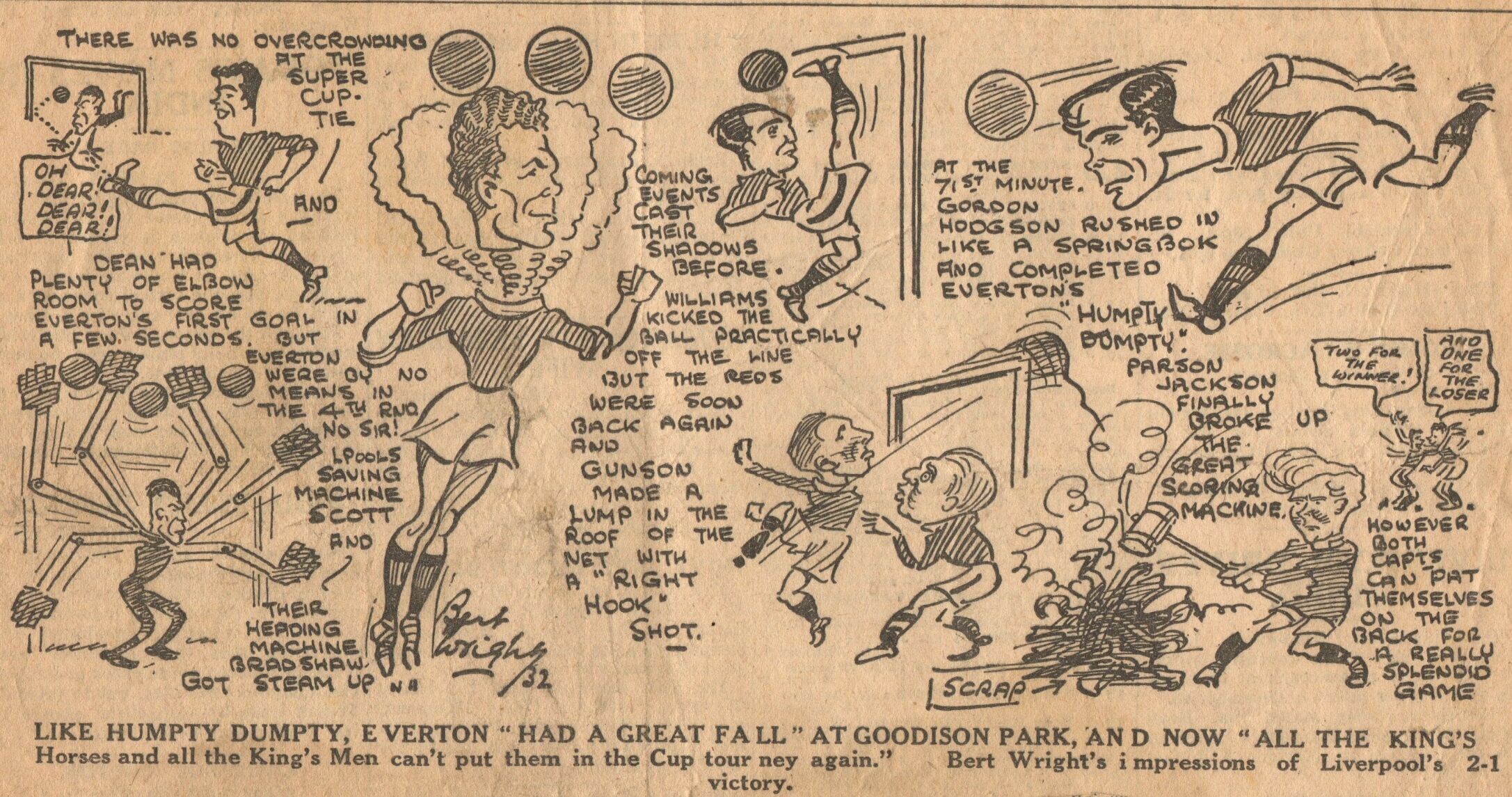 Bury make a fortune on Bradshaw 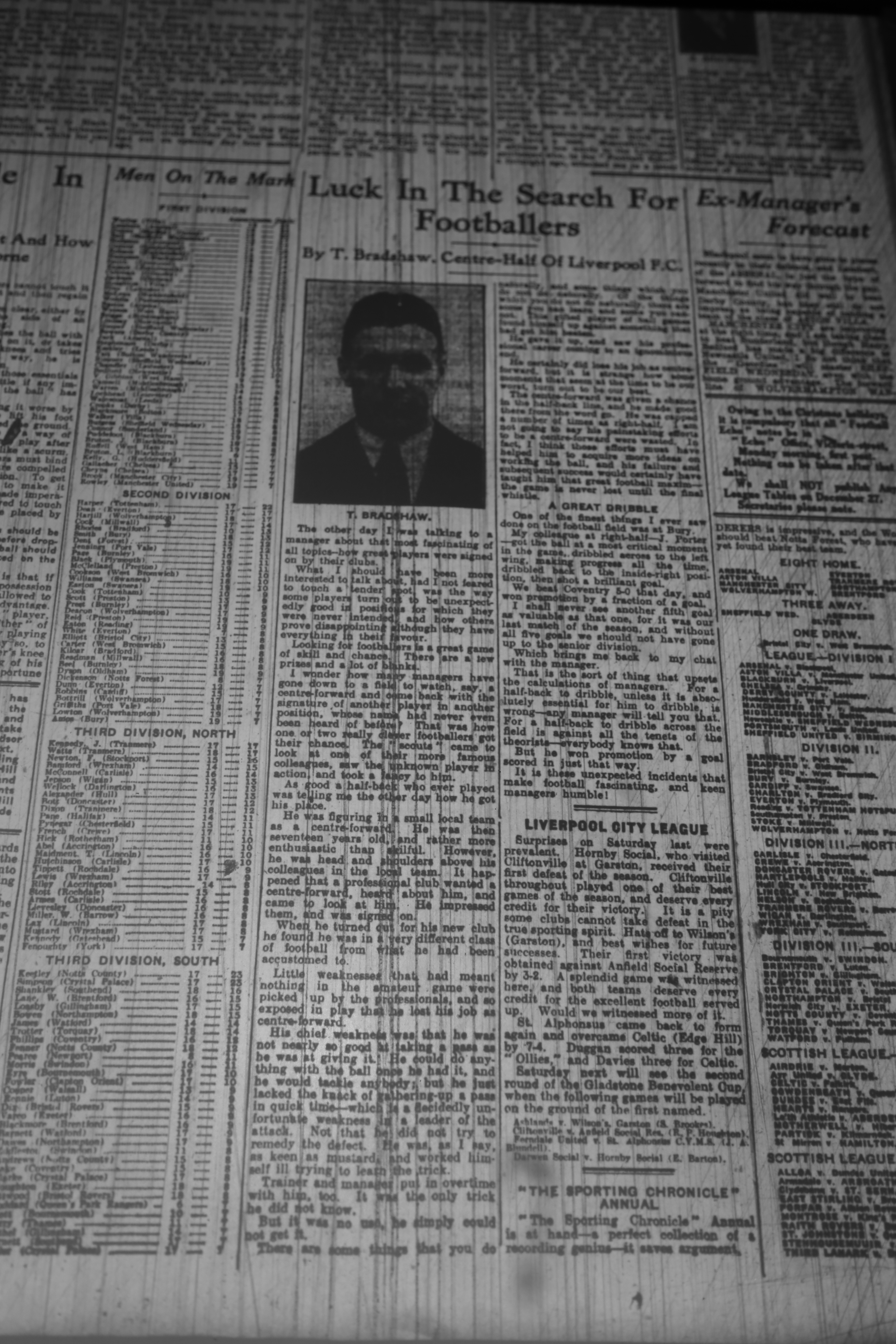 Luck in the search for footballers