For their second crack at the European cup, Liverpool had to face the unknowns from Petrolul Ploiesti in the first round. A 2-0 home win was followed by a 3-1 defeat away. In subsequent years the away goal scored by Hunt would have been enough to see the club through but - as with Cologne two years before - a third game was necessary in neutral Brussels to decide the outcome. Before half-time St. John and Thompson had given Liverpool a lead that they never looked like surrendering.

Dutch champions Ajax were pretty unknown too but they tore Liverpool apart in foggy Amsterdam and carved out a massive 5-1 lead, Liverpool's only success coming in the very last minute from Chris Lawler. The tie was effectively over by half-time with the home side being four goals up and at one stage Bill Shankly even went onto the pitch unnoticed to give some instructions to his players (!) but even his bravado before the second game on Merseyside could not disguise the fact that this had been a severe thrashing against a club that would soon go on to win the Champions' cup for three successive seasons. Hunt scored twice at Anfield but so did a young Johan Cruyff and Liverpool were out.

The great side of the mid-sixties had reached its peak and over the next few years Bill Shankly had to say goodbye to many players who has served him so well during a golden period in the club's history and rebuild for the future. With no more domestic success in the 60's, the club had to content itself with participation in the European Fairs cup, previously the Inter-Cities Fairs cup and subsequently (from 1971) the UEFA cup. There were massive wins against 1860 Munich (8-0 in 1967) and Dundalk (10-0 in 1968) but no repeat of the long runs which the club had enjoyed in its first two years of European competition.

The 1968-69 season was the last one on which a toss of a coin would decide a winner and this time Liverpool were unlucky as they went out to Athletic Bilbao in the first round.

A year later the away-goals rule came into force but many confused Anfield spectators stayed in their places expecting extra-time after very late goals by Alun Evans and Roger Hunt had given Liverpool a dramatic 3-2 win over Vitoria Setubal after falling 2-0 behind and 3-0 on aggegrate. It took a tannoy announcement to confirm that those two away goals were enough to see the Portuguese through after their 1-0 victory in the first leg! 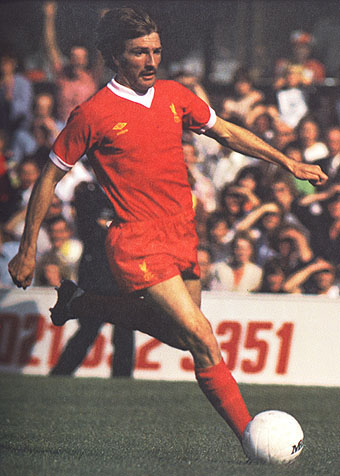 Steve Heighway and John Toshack were in at Liverpool, Roger Hunt had left and soon Ron Yeats and Ian St John would follow

Shankly's new team was taking shape. Although not quite ready yet to make a sustained challenge for the League championship, the club reached the F.A. Cup final in 1971 and also progressed through to the semi-final of the Fairs Cup, the last time that particular trophy would be played for. A stunning strike from Emlyn Hughes in Budapest gave a narrow 2-1 aggregate over Ferencvaros in the first round and some sort of revenge for defeat to the same club in the 1967-68 competition. Hughes also scored against Dinamo Bucharest in the second round before two wins against Hibernian saw Liverpool through to the quarter-final, where they were paired with Bayern Munich. The Bavarians would also soon win the Champions' cup three years running and had many players who would win the World Cup for their country on home soil in 1974. But this was Alun Evans' night. A wonderful hat-trick gave the Reds a clear advantage for the second-leg, for which Shankly gave Ian Ross the specific task of shadowing Franz Beckenbauer in Munich. The under-rated Scotsman did such a good job that he even found time to stroll upfield and put Liverpool in the lead! The game finished one-all and another European semi-final was secured, this time against opponents Liverpool knew only too well.

Liverpool & Leeds United had emerged at much the same time under Bill Shankly and Don Revie respectively. There has been some titanic clashes in the late-60's following Liverpool's F.A. cup win over the Yorkshiremen in 1965 but this time Leeds gained revenge as Billy Bremner headed the only goal of the entire tie in front of over 52,000 spectators at Anfield. 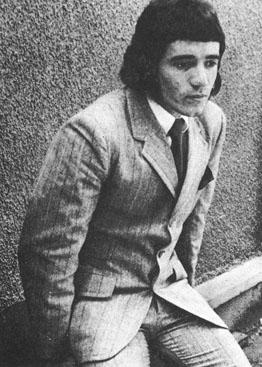 Back in the Cup Winners' cup in 1971 as beaten F.A. cup finalists to Double-winners Arsenal, Liverpool only lasted until the second round. Victory over Servette Geneva was followed by defeat to a stronger Bayern side, for whom Gerd Muller scored twice in Munich. But success was only just around the corner. The club's ninth season in Europe would at last bring tangible proof of all they had learned in previous years. The players and management were now much more astute about how to play the European game, particularly in the away legs where it was important to quieten the partisan home crowd and then look for a goal on the break.

Eintracht Frankfurt and AEK Athens were beaten comfortably enough in rounds one and two before the club was drawn to play another German team (this time from East Germany), Dynamo Berlin. A goal-less draw away paved the way for a comfortable 3-1 home win. East German opposition also awaited in the quarter finals in the form of Dynamo Dresden and after Brian Hall and Phil Boersma had given the Reds a decent lead from the home leg, Liverpool produced one of their finest away performances to date a fortnight later when Kevin Keegan scored the only goal of a tense match.

An all-English semi-final against holders Tottenham Hotspur followed and Alec Lindsay gave Liverpool a narrow advantage to take down to London for the second game. For 45 minutes everything went according to plan but then Martin Peters scored to make the score level on aggregate. If Liverpool could score though that could be crucial and Steve Heighway obliged with the crucial away goal. A second strike from Peters made the last quarter of an hour extremely tense but the Reds held out to reach their second European final.

Borussia Monchengladbach, a club Liverpool would soon meet again in a more important final, were - along with the Bayern Munich of the same period - one of the best club sides ever to come out of Germany. They had some wonderful players like Gunter Netzer, Jupp Heynckes, Ulrich Stielike, Rainer Bonhof and the brilliant Berti Vogts. The first leg was played at Anfield on the 9th of May at Anfield but monsoon conditions forced the referee to abandon the game after less than half an hour. Liverpool made the immediate decision to allow spectators in for just 10 pence the following night, a decision which Peter Robinson admitted gave him a sleepless night in case it attracted a larger than capacity crowd although in the event the attendance was slightly below that which had turned up for the abandoned game!

Shankly made one crucial change for the re-arranged game. He had spotted a weakness in the Germans' defence and played John Toshack in place of the diminutive Brian Hall. Toshack cause havoc in the Borussia defence and laid on two goals for his strike-partner Kevin Keegan. But Keegan also missed a first-half penalty which would have given Liverpool a surely unassailable lead? Larry Lloyd headed in a corner early in the second-half before Ray Clemence brilliantly saved a penalty from Heynckes. How important that save would turn out to be!

In Germany, Borussia tore Liverpool apart in the first period on a sodden pitch and Heynckes scored twice to leave Liverpool' s hopes in the balance. But the Germans had run themselves into the ground and never posed the same problem in the second-half. But with Liverpool only a goal ahead there was always the danger that a third Monchengladbach goal would force extra-time. Resilient defending throughout the second-half finally brought its reward and the final whistle was greeted with amazing scenes of joy as hundreds of Liverpool fans climbed over the fences to salute their heroes on the pitch. That invasion delayed and spoiled the presentation somewhat as a tired Tommy Smith lifted the huge cup towards the skies but the 'new Liverpool' now had something special to celebrate, its first European trophy to go with the League championship which had been clinched at the end of the previous month. 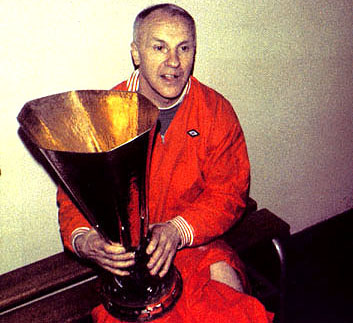 That meant Liverpool would not be defending their UEFA prize because once again they would be back in the most prestigious competition of all as a new season, 1973-74, dawned.