John McKenna always seemed to be looking ahead and one of his wisest moves was to recruit Tom Watson from Sunderland in 1896; an experienced team manager who had already taken Sunderland to the Football League championship on three occasions in the 1890s. McKenna had been successful in conjunction with Barclay, who was Secretary until the 1895/96 season when the Irishman took over, guiding the team to the Second Division title. It was time to get a proper Secretary, who would have more influence on team matters than previously. McKenna had two spells as Liverpool chairman; 1909-1914 and 1917-1919. He stayed on as director until July 1921 when he resigned from the directorship as a protest against the shareholders’ meeting refusing to re-elect two directors, Matt McQueen and John Keating. So it was an unhappy end for McKenna at the club that he had been involved with for nearly 30 years.

McKenna was without doubt one of the great early administrators of the English game, a man who was widely admired, respected and occasionally feared. He was elected to the Football League’s management committee in 1902, became vice-president in 1908 and then president two years later, a position he was to hold for over two decades until his death. In addition to that he had been vice-president of the Football Association since 1928. McKenna passed away on 22 March 1936 at Walton hospital in Liverpool at 82 years of age. He left behind an estate valued at £11,182 and stated in his will that The West Lancashire Alpass Benevolent Institution were paid £1,000 to be used to fund the "John McKenna Annuity".

Everton's Chairman, William Charles Cuff, paid him the following compliment: “I feel I have lost a lifelong friend. We travelled together on football business many times, and I am not looking forward to taking those journeys alone. Mr. McKenna was a staunch friend, who beneath his brusque exterior, had a heart of gold. From the Football League and Football Association point of view I think the greatest man in football has gone. He will live long in the memory of all who had anything to do with the governing of football. Fearless, outspoken, and absolutely honest, he was well named ‘Honest John.’ The football world in general is under a very deep sorrow.”

John McKenna was rightfully honoured by a commemorative plaque in his native Ireland. Published on 22nd Aug 2011 on LFC.tv.

The Liverpool Echo on 21 February 1949. Written by William Charles Cuff, former chairman of Everton and President of the Football League from 1939-49.

John McKenna suspended by the FA 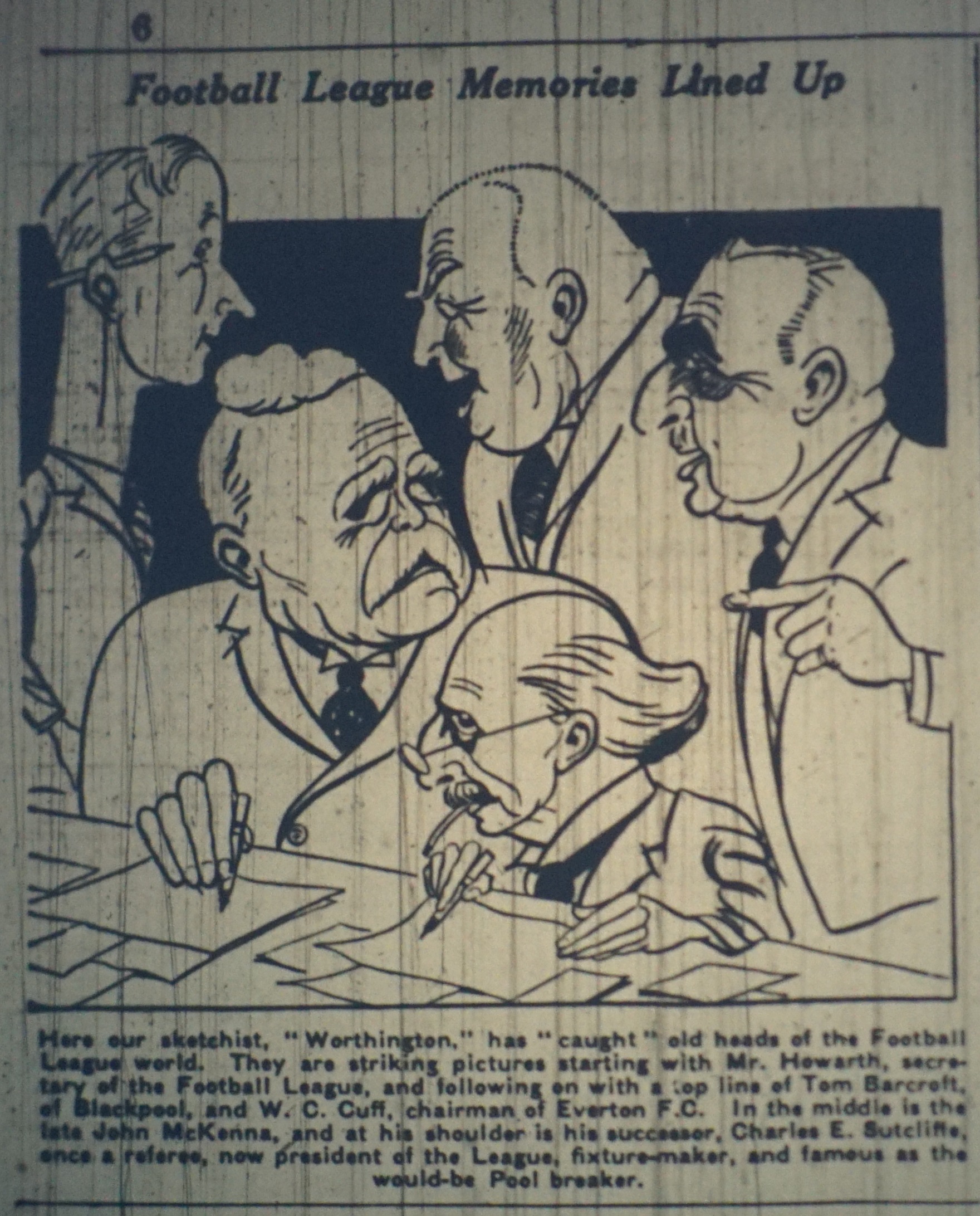