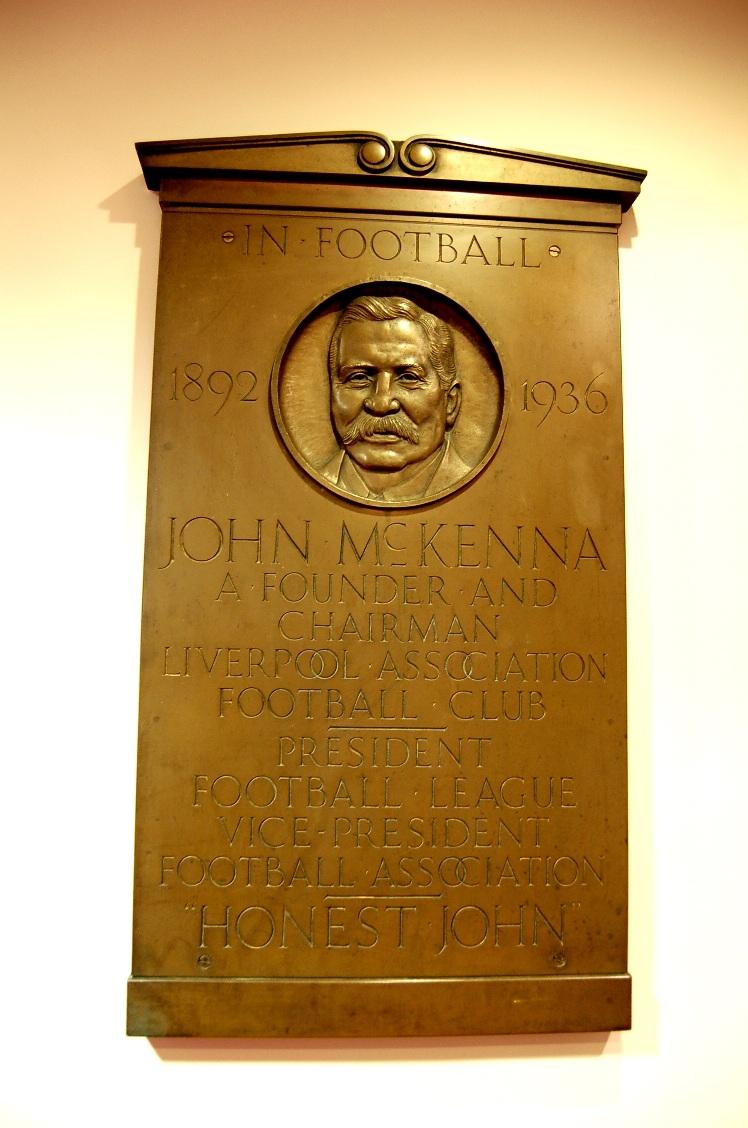 A memorial tablet to the memory of the late Mr. John McKenna, former President of the Football League, was unveiled by Mr. W. C. Cuff, vice President of the League and Chairman of the Everton Football Club, at the Liverpool football ground, on Saturday [27 February 1937] in the presence of representatives of the English, Scottish and Welsh Football Associations.

Mr. Cuff referred to Mr. McKenna as “one of the greatest of British sportsmen and one of the pillars in the stately edifice of Association football. He worthily earned the soubriquet of “Honest John.”