Small and powerful Fred Geary, barely 5 ft. 2 ins. (157 cm.) and weighing 9 st. 6 lbs. (60 kg.) at best, is the smallest man to ever play for Liverpool. He was a record-breaking Everton centre-forward of the Victorian era from 1889-1895 who scored 86 goals in 99 games! He was the Blues' leading scorer with 20 goals in 23 matches in the 1890/91 season when they won the League Championship. On 12 January 1891, in a North - South trial at Nottingham’s Town ground, Geary became the first man to score a goal after a net was put between the frames of the goal, an invention by Liverpudlian John Alexander Brodie, who was also the designer of the Mersey Tunnel. Football became secondary when Geary and his wife, Winifred, suffered a tragic loss when their first and only child died. They later had four other children. Injuries curtailed three out of Geary's last four seasons at Everton. He was particularly unlucky in an away game at Sunderland in October 1891 when he injured his right ankle, got kicked in the ribs and then his left ankle was so severely mauled he had to spend the next week in a hospital. Geary probably didn't enjoy playing Sunderland as another incident occurred in January 1891 when he was striving to equalise to avoid being knocked out of the FA Cup. "A minute from time he dashed up the field like lightning if so be he might score at the last and save the game," the Sunderland Daily Echo wrote some nine years later. "He came an awful bang against one of the Sunderland backs and down went Fred, his head striking the side post with a sickening thud. They picked him up senseless, and from that shock Geary never fairly recovered. It had knocked all the fight out of him; he grew timorous, shirked a charge, and bye-and-bye Everton got rid of him, and he went over to Liverpool." Still a rather harsh dismissal of a man who went on to score 45 goals in 59 matches for Everton in the seasons following this incident!

When Geary was 27-years-old he joined neighbours Liverpool when they had just been relegated to the Second Division, while Everton were runners-up in the League. Geary made his debut at Notts County on the opening day of the 1895/96 season and, feeling reinvigorated by the move, played in 19 games that year, scoring 11 times as the club won the Second Division. However, he was only selected eight times as Liverpool finished fifth in the top division a year later and would only make a further 12 appearances over the next two seasons as injuries had robbed him of his greatest asset, his pace, which his teammates had complained about because Geary used to leave them way behind when he took off on his turbo-charged bursts. Two years after playing his last-ever game for Liverpool's first team he was still turning out for the club's reserves in the Lancashire Combination on occasion. Alongside his football activities Geary owned a pub - the Foutnains Abbey in Walton Road, and when his career finished he became groundsman at Goodison Park. He died aged 86 in 1955 and was buried in Anfield Cemetery. 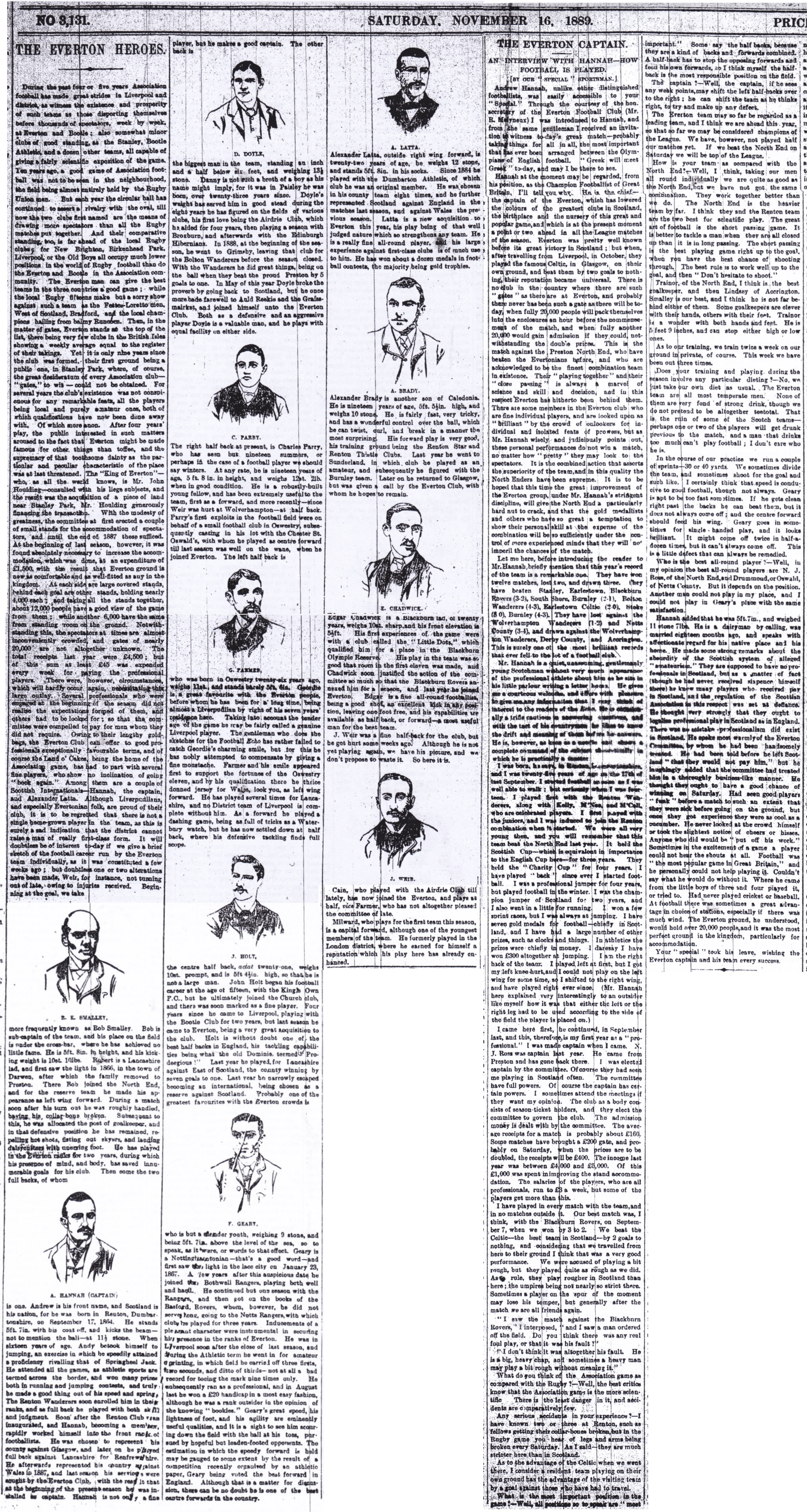 Everton and Geary in profile in 1889!