Liverpool was a very black and dirty place in the 1920s because of the intense concentration of soot produced by domestic coal fires and heavy industry. Noted landmarks were Garston Gas Works which generated sufficient gas for many surrounding areas, including Speke and Woolton. Not only was the atmosphere in Garston heavily polluted with smoke and smog, it was also rank with the smell from the tanning yards. The stench on a summer's day meant smelling salts were totally un-necessary if anyone feinted in the heat.

Garston was the centre of Liverpool’s coal trade. It was also where the banana boats came in. I kid you not, my family probably saw a banana before most families. Although working out how best to open one was a complete mystery and many still used a knife.

Britain's first birth control clinic, which opened in London in 1921, was in its way almost as important to women as the vote. This clinic was founded by Dr Marie Stopes (not a physician but a fossil botanist, would you believe), whose book "Married Love" caused a sensation when it appeared in 1918. She aimed to give free consultations to poor women overburdened by childbearing. For many years Marie Stopes was considered less than respectable and she faced a lot of opposition from clergymen and doctors.

Meanwhile in the Brodrick household, under the bridge in Garston, Margaret was coping with the demands of her 11 children.

William and James Joseph the eldest pair had just returned from the first World War.
William being mentioned in despatches by General Allenby for his bravery. 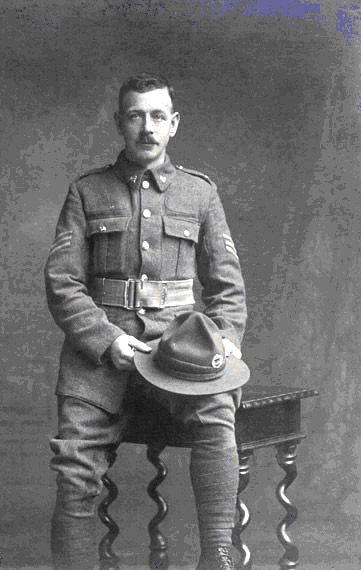 This was the arena in which my grand-father Peter was born, and brought up in.

The city and outlining districts were noisy with the clanking of trams, the rattling of horse drawn carts on the streets, the cries of coalmen, rag & bone men, paper boys and factory hooters which marked the different shifts.

"Peter, Quick, grab the bucket and follow that horse" 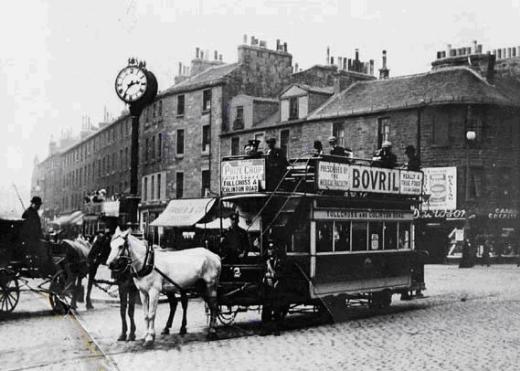 "Peter, get a shift on lad follow the coal man"
It was always up to my G.Grand-dad William to bring home the "Cock Wood" (long story)

Liverpool had a fine transport system. The excellent overhead railway and the forthcoming Mersey Tunnel, with its distinctive smell had been started in 1925. The whole area was covered by an extensive tramway network. Folk could clank along from Garston to the Pier Head by tram for a modest fare.

Other destinations included Anfield, Wavertree and as far as Childwall, as the song has it :

The trams had spiral staircases and a driver's cabin at each end. At the terminus the driver changed the points, the conductor changed the seats, they changed around and the tram set off in the reverse direction. Notices were spread inside saying 'no spitting allowed'! (It spread TB.)

The outskirts of Liverpool were much greener; Hale village and Speke, for example, were among green fields and Woolton and Gateacre were old fashioned little villages nestling amid farmland. Many people moved in from the country to dwell in the city tenements and became adopted Scousers.

Tenements were all rented and the procedure for young married couples was to start where they could afford usually in a 'single end', a one apartment flat with an outside communal toilet. The wash house and boiler were shared on a rotational basis and washing was done with a scrubbing board. People then moved up the social ladder to the luxury of four or more rooms and kitchen with an inside toilet. (But not in our house, we never saw an inside loo until we moved to Woolton in 1965.) The kitchen had an old fashioned range; 'interior fires' were still to come.

Domestic and street lighting was by gas and 'Lankie' the lamplighter came round at night. Hot peas were sold in the streets, roasted chestnuts in season and the rag and bone man came round with his cart offering balloons for the children. It was at this time my family ran a soup kitchen on the corner of Raglan Street. It was used by the Dockers on the way to and leaving work at all hours. My great grand-mother Margaret was not the best business woman and she probably had the longest slate in Liverpool.

There was much horse transport still; coal lorries and carts with beer barrels trundled around and made the cobbled streets dirty and dusty.

Holidays for most people were confined to the 'Fair' when factories shut down for the second fortnight in July or to the circus that visited Garston park once a year. For some, holidays were spent at home where people could enjoy strolling in the parks, playing with boats in the ponds and feeding the ducks, sitting in the bandstands listening to brass music and enjoying the fun provided by, dare we say it, the 'Nigger Minstrels' (I know it's not PC but that's what they were called in the 20's). The more affluent enjoyed a holiday down the Mersey at New Brighton, West Kirby or even Southport for the very rich, but the silting up was going to stop the Southport ferry in this decade.

Travelling on one of the many steamers to one of the numerous holiday resorts where the attractions were abundant, was a rarity due to cost and no one even dreamt of going abroad at this juncture in time.

Back in the city, Ma Egerton's tea rooms with their famous plush interiors flourished at all seasons of the year. Another famous eating venue was Cooper's in Church Street.

Despite all the dirt and poverty Liverpool was a lively vibrant industrial city making an apparent good recovery from the war. Part of this recovery was helped by great Football players of the time which included Chambers, Forshaw, Hodgson and dare I even suggest it the legendary Dixie Dean.

Without these players lifting the doom and gloom of everyday life I would suggest most people would have given up on their pitiful existence. I kid you not "meat" was a "treat" and a premium many families just simply could not afford. Scragg end of lamb was the best cut most could afford and so the legendary dish of Scouse was most peoples favourite dish of the week. Steak egg and chips was a bloody long way off in my families future. Nowadays my kids sneer if their Mum offered them anything without a slice of cow or pig on the plate. Replica tops were also in the distant future, but if you could chat an ex-player to part with one, this is what they would look like. 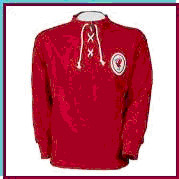 Not bad are they, perhaps after this serial, they may become popular enough for a manufacturer like Toff's to produce.