The agony and the bliss of the 1964-65 Liverpool season 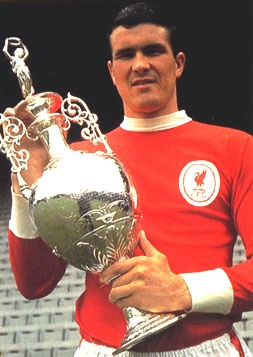 Liverpool's Championship success in 1964 had those of us who were there at the time reaching for the smelling salts. Only two seasons before we had been slogging it out in the Second Division with the likes of Bristol Rovers, Scunthorpe United and Bury. We had managed to navigate ourselves out of those waters and into the First Division but most of us felt that we were probably punching above our weight and would be fortunate to maintain our place at the top table Not that Bill Shankly harboured those sort of thoughts!.

In the event, that first season back in the top flight (1962-63) turned out to be much better than most of us had predicted, to such an extent that we finished 8th even though we lost as many as 15 games out of 42. We were back in the rarefied atmosphere of Division One and we were holding our own.

So far, so good. But better was to follow. Much better! The 1963-64 season got off to an awful start with the Reds losing the first three home games but, fortunately, a few decent away results early in the season kept us in the pecking order, including a comprehensive 3-1 victory at Stamford Bridge. What would we give for a result like that today?

Seven consecutive victories during March and April culminated in a famous 5-0 victory against Arsenal and the unthinkable had happened. Liverpool had become Champions of England only 2 years after being promoted from the Second Division, even though we lost an unlikely 11 games. As can be imagined the celebrations went on and on and on.

What none of us really appreciated was that our victory admitted us to the very top table - the European Cup itself - and the 1964/65 season was about to put LFC well and truly on the big stage.

Those of us who had followed the great recovery from 2nd Division mediocrity to 1st Division supremacy could hardly believe our luck. Each success achieved since the great Shanks took over seemed to be the probable apex of our expectations. In fact each success was merely a springboard to the next one.

The 1964/65 season started with the most unlikely set of fixtures. The first game at Anfield was the Charity Shield against West Ham on Saturday, 15th August. In those days this pre season friendly was played at the ground of the reigning champions, before the authorities turned it into a money spinning rip-off by playing it at Wembley/Cardiff. The second game, a preliminary round of the European Cup, was played TWO days later, on 17th August, in Reykjavik in Iceland. None of us had ever heard of Reykjavik and few of us knew where Iceland was. We were not really surprised when we won 5-0.

Our defence of the title, however, got off to a stuttering start. We won our first two home games but lost our first two games away. In fact we lost 5 of our first 6 away games that season, but we weren’t all that bothered because we were the reigning champions and nobody won the league two years on the trot anyway!

In the middle of September the funny sounding team from Iceland came to Anfield for the 2nd leg of the preliminary round of the European Cup and were duly dispatched 6-1. Things were going alright. We were only mid-table in the league but we had progressed into the serious part of the European Cup (even though we knew that we would not make a significant impact on this new-fangled competition). Five days later the walls came tumbling down. LFC 0 Everton 4 remains one of the least palatable results and performances in my 58 years of following our club. By the following Monday we had written it off as an aberration but the truth was that we had lost a lot of ground to our ‘friends’ across the park.

The league season puttered along with more bad results than good ones until the 1st round proper of the European Cup came about. We may not have heard about Reykjavik but we had definitely heard about Anderlecht. Shankly warned us that they were a physical side who played good football and he was right (of course) but, in the event, we won comfortably with an unlikely goal from Ronnie Yeats completing a 3-0 victory.

The return leg was a 1-0 victory which took us through to the quarter finals but not many fans remember that the game was played at the Heysel Stadium, a venue which was to become a nadir in our club’s history.

The calendar year of 1964 ended with us doing just about OK in the league but making better than expected progress in Europe and wondering what might follow in the FA Cup. The draw for the third round saw us playing West Brom away early in January 1965. 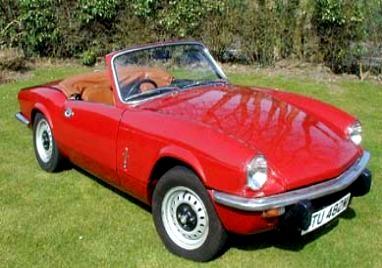 My best mate had just bought a new Triumph Spitfire and our trip to West Brom was the first opportunity he had had to test its performance. He tested it to its ultimate, both acceleration and braking, and by the time that we got to Birmingham I was a dithering wreck! Miraculously, we parked within 200 yards of the Hawthorns probably illegally and we then discovered that the kick-off had been delayed because of traffic congestion which might well have been caused by us!

We won the game 2-1 but not before Ronnie Yeats had picked the ball up in open play in the penalty area because he had heard a whistle from the crowd. Fortunately the ensuing penalty was missed and we went on to win with reasonable comfort.

Retaining the League Championship had, more or less, been discounted but some of us thought that we might make progress in the FA Cup. Those of us of that leaning had a considerable come-uppance when we were drawn against 4th Division Stockport County in the 4th round at Anfield. This was obviously going to be a walk-over.

The beauty of the FA Cup is that no game can be taken as either won or lost before it has taken place no matter the respective standings of the teams involved and the game against Stockport County exemplified that completely. Gordon Milne, never a prolific goalscorer, gave us an early lead and we waited for the avalanche to follow. But the avalanche never came and Stockport equalised before half-time and the second half saw a decidedly nervous display by the Reds. Although we dominated the play Stockport had two good chances late on to snatch the game, the first a bad miss from 10 yards out and the second being well saved by Tommy Lawrence. As was the custom in those days the replay was played in the week immediately following the original game and off to Edgeley Park we trooped the following Wednesday where two goals from Roger Hunt saw us safely through.

A particularly amusing event took place before the game started as Bill and I were queuing at the turnstiles a good 90 minutes before the kick-off. A white van with a ladder on its roof drew up alongside the wall of the ground (‘stadium’ would not be the right word) and half a dozen scousers got out, propped the ladder against the wall and within 30 seconds flat all six were in!!