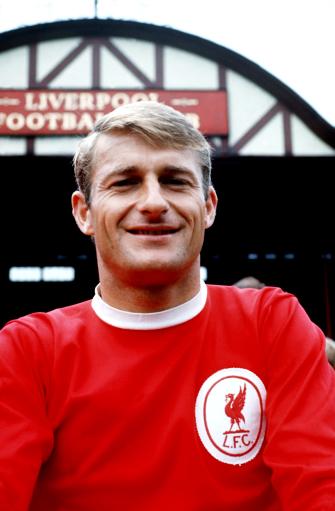 This was one of the great European nights at Anfield and any supporter lucky enough to have been there will still talk about it fondly as one of their proudest moments. It would have been a special game anyway being the semi-final of the European Cup, but the atmosphere inside the stadium was enhanced because only three days previously Liverpool had won the F.A. Cup for the very first time in the club's history. The euphoria and emotion of that Wembley victory, plus the extraordinary homecoming the next day, were still hugely apparent as kick-off time approached.

In the home dressing-room, Bill Shankly was trying to keep his players calm but he had one master-stroke up his sleeve, which involved keeping his team where they were until the Inter players were safely out on the Anfield pitch. Then he sent Gerry Byrne and Gordon Milne out first with the F.A. Cup which they paraded around the stadium to an awesome reception before letting his players jog out to face the reigning champions of Europe. Inter were also unofficial world champions, having defeated Independiente to win the world club championship and had players of tremendous skill and tactical awareness, who were used to playing in front of hostile crowds both in their own country and abroad.

This was Liverpool's debut season in Europe and they had started easily enough by defeating Reykjavik from Iceland. But two much tougher tests followed against the champions of Belgium and West Germany, Anderlecht & Cologne respectively. There were two goalless draws with the Germans before things were decided at a play-off in neutral Rotterdam. This was long before penalty shoot-outs and even the 'away goals' rule and Liverpool went through only on the toss of a coin and even then that had to be spun twice because the first effort stuck in the mud! It wasn't the most satisfactory way to win a football match but everybody knew the rules and what it did set up was this fantastic clash with a successful club who were intent on defending their title at all costs and who also knew they would have the enormous advantage of playing the final in their own stadium if they could defeat the newly-crowned English Cup holders.

Liverpool made one enforced change to the team which had triumphed at Wembley. Gerry Byrne had broken his collar-bone very early on in the final against Leeds and with substitutes not being allowed until a bit later in the decade had bravely continued throughout the 90 minutes and extra-time, even though there was a danger that he could have punctured a lung if he had been involved in another collision. Obviously he could not be considered for the semi-final and his place was taken by the experienced Ronnie Moran, making what turned out to be his last senior appearance in a red shirt at Anfield. Inter started with no fewer than 10 of the players who had won the European Cup in Vienna the previous May, with Milani's place being taken by Piero.

Whether the Italians were unsettled by the reception given to the home team or not, they started shakily and Liverpool made a dream start by taking the lead with less than 5 minutes gone. Ian Callaghan made ground down the right-wing and his centre was brilliantly volleyed past Sarti by Roger Hunt. But an uncharacteristic error by skipper Ron Yeats near the half-way line soon led to a counter-attack which ended with Mazzola hitting the equaliser past Tommy Lawrence. However, the Reds soon got their rhythm back and deservedly regained the lead 10 minutes before half-time with a perfectly-worked free-kick routine. Ian Callaghan was again involved and he cleverly ran into space behind the Italian wall to receive the ball and drive it across Sarti into the far corner of the Anfield Road goal.

It could have been even better because before the half was over Chris Lawler had a thrilling run and shot ruled out because one of his colleagues had strayed into an offside position. Liverpool continued to create chances in the second half but had one or two scary moments at the other end too. But a quarter of an hour from the end Ian St. John was in the right place to pounce on a rebound and restore Liverpool's two-goal advantage. The joyful reaction of the home players at the final whistle was understandable whereas the Italians trudged off knowing that their hold on the European Cup if not hanging by a thread had certainly been loosened somewhat. They would need all their skill and experience to overturn Liverpool's advantage in Milan.

The Liverpool party flew to Milan a week later in confident mood but Inter were only the 4th opponents they had met in a competitive European match and they realised afterwards that they would have to become quickly aware of all the tricks that some of the continentals would pull to unsettle their guests. Liverpool's base at a tranquil hotel on the banks of Lake Como seemed ideal but droves of chanting Italian fans disrupted the players' rest, as did a bell which sounded noisily at regular intervals from a nearby monastery or church. Legend has it that Bill Shankly asked Bob Paisley to go and see the Monsignor and ask him if he could muffle the bells so that his players could get some rest! Apart from these problems, there had been a massive drop of hate-mail leaflets in the city with scurrilous accusations about the Liverpool players and all this had the effect of hyping the match up so that when the teams finally did walk out, it was to a very highly-charged atmosphere. 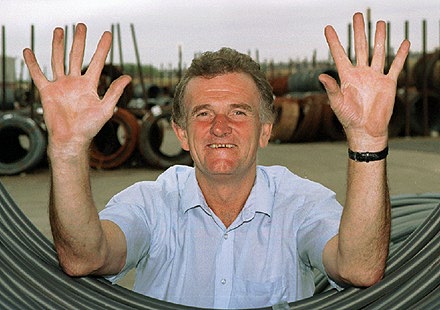 However, it was more the performance of the man in the middle that quickly wiped out the two-goal advantage from the first leg. Awarding what appeared to be an indirect free-kick on the angle of the Liverpool penalty-area, he allowed the subsequent chipped shot from Corso to stand when it went straight in past Tommy Lawrence without touching another player. Shortly afterwards, as Tommy Lawrence bounced the ball on the edge of his area (remember that keepers then were permitted to wander all over their area without being penalised), one of the Inter forwards challenged him and kicked the ball into the empty goal as Tommy waited for it to bounce up into his hands again. To be fair to the Italian, there was no physical contact between him and the goalkeeper but even if it didn't come into the category of ungentlemanly conduct, it was still nearly always the case that goalkeepers got the decision in their favour when there was any challenge on them - whether it was legal or not - and especially in Italy. Angry Liverpool players chased the referee back to the centre-circle but he again awarded the goal. It would have taken an astonishing effort to win the tie after those setbacks and it was no surprise when Facchetti rounded off a flowing move in the second half by thumping home the winning goal.

Inter did go on to retain the trophy that year and Bill Shankly's great side of the mid-60's never did win a European trophy, although they came mighty close in this their first campaign and also the following year when they reached the final of the Cup Winners' Cup, only to be beaten by Borussia Dortmund. But they were the forerunners of the great Liverpool teams which dominated domestic and European football in the next decade and beyond. There was rightly great disappointment at the manner of the defeat in Milan but also great pride that for 90 minutes at Anfield they had frightened the best team in the world at that time.