Liverpool-born Byrne signed professional forms aged 17 after coming through the junior ranks at Anfield. He was spotted by chainsmoking Liverpool scout Tosh Moore at 15 when featuring for the Liverpool Catholic Schoolboys in Dublin. He made his League debut at Charlton Athletic on 28 September 1957, but that was his only outing that season. The reason being perhaps that Liverpool lost 5-1 but certainly because he scored an own goal! The experienced full-back pairing of John Molyneux and Ronnie Moran prevented Byrne from making more than a handful of appearances during the next two years, but Bill Shankly's arrival in late-1959 changed his prospects completely as the new manager seemed to take a liking to the tough-tackling left-back, who got a break when Moran got seriously injured in the autumn of 1960. Byrne played in the remaining 33 League games of the 1960/61 season and was a regular ever since.

Byrne was an uncompromising character on the field and might not have been as well-known as some of his colleagues but his courage was never in question, and that was never shown more clearly than on the day Liverpool finally won the FA Cup in 1965 for the first time. He was injured very early on in the final against Leeds United at a time before substitutes were allowed. Bob Paisley was Liverpool's physio at the time and ran on to the field. "Gerry had clattered into the chunky Bobby Collins. As soon as I reached him I knew that my initial touchline diagnosis had been painfully accurate. He had broken his collar bone." Byrne asked Paisley not to tell anyone and kept on playing. The extent of his injury was not revealed until the final was over, by which time Byrne had a winners' medal in his pocket and important involvement in the first, vital breakthrough goal scored by Roger Hunt early in extra-time. Shankly was in awe of Byrne's performance: "It was a performance of raw courage from the boy."

Byrne was in England's World Cup-winning side in 1966 alongside teammates Roger Hunt and Ian Callaghan although he failed to make an appearance in the finals. In 2009 he was finally presented with a winners' medal at a special ceremony in London. Byrne had celebrated his thirtieth birthday a few days into the 1968/69 season and was by no means over the hill as a player, but the injury problems which had wrecked most of the 1966/67 season for him ended his career prematurely. "I got injured after the World Cup. There was nobody near me. I twisted and my studs stayed in the ground," Byrne revealed to LFChistory.net. Byrne's reward for a career which had seen him play 333 times for the first team was a testimonial match attended by nearly 40,000 people who braved appalling conditions to pay tribute to a man who had been an integral part of Shankly's success.

Gerry died on 28 November 2015 at a nursing home in Wrexham following a long battle with Alzheimer's disease.

We published this interview initially on 29 October 2008 on LFChistory.net. Gerry passed away today at 77 years of age and this warm man who was tough as nails on the pitch will be sorely missed.

Gerry Byrne played through the pain

"Gerry's collar bone was split and grinding together yet he played on in agony. It was a performance of raw courage from the boy."

"I was only fifteen and playing in a five-a-side game at Melwood. I nutmegged Byrne and scored and I was on top of the world. A couple of minutes later a ball dropped between us, I went to head it and Gerry headed me and I went down with a gashed eye. As I lay on the ground covered in blood, Shankly strolled across, looked down at me and said `Lesson number one, never nutmeg Gerry Byrne son and think you can get away with it."

From Tommy Smith's interview on Shankly.com

"I've had many skilful men and the likes of Peter Thompson, Ian St John, Kevin Keegan and Steve Heighway were the ones who caught the eye. But the best professional of the lot was Gerry Byrne. He wasn't flashy and he wouldn't score you goals. But he was hard and skilful and gave you everything he had. More than that he was totally honest. Which is the greatest quality of all. He was a true Liverpudlian who couldn't look his fellow Scousers in the face after a game unless he'd given everything he had for 90 minutes."

Shankly on Gerry Byrne in 1975

“People even today love to talk about hard men and the toughest opponent they have played against. But what Gerry did in 1965 was incredible. He broke his collar bone early in the match and then played right through the game, through extra time and even crossed for Roger to score the first goal. To play almost two hours with a broken collar bone was unbelievable.

I was listening to a tape recently about the 1965 Cup final and on it Bill Shankly said Gerry Byrne should have got all 11 medals for what he did in that cup final. Bill was saying Gerry was one of the best players he had. And he was. He was a tremendous player, one of the best two-footed players around at that time without a doubt. He could play left-back and right-back without any problem.

As a person, he was a gentle, quiet guy. He was my first room-mate at Liverpool and I stayed fairly close to him ever since and last saw him only a couple of months ago. He was the most gentle man off the field, but when he was on it he became a real hard guy. Gerry was a Liverpool lad and was at the club a long time. He was there in the 1950s when we weren't doing so well, and he became a big part of the success we had in the 1960s under Bill Shankly. Gerry was not only a fantastic player, but also a fantastic man.”

Ian Callaghan remembers Gerry Byrne who passed away on 28 November 2015. 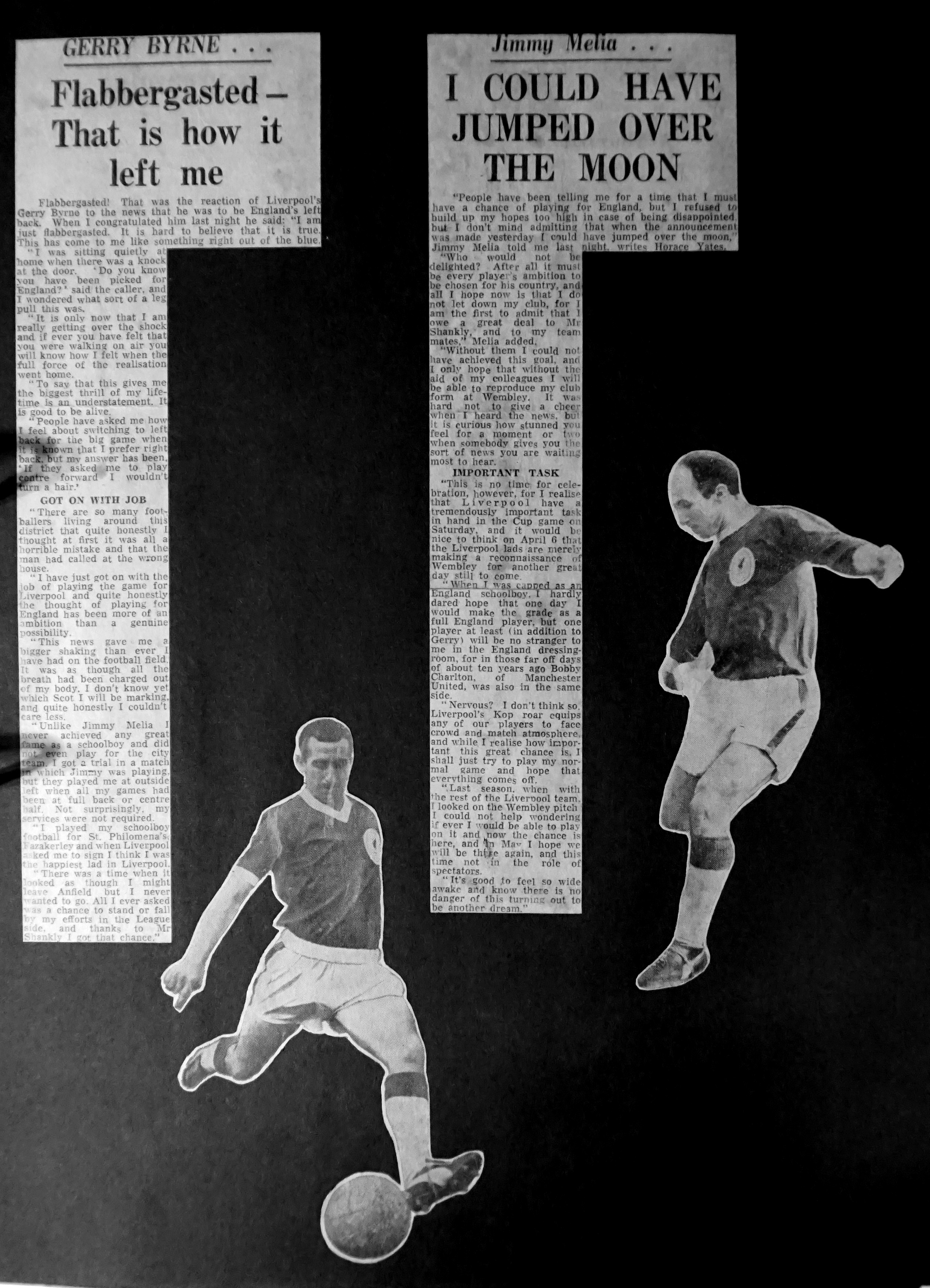 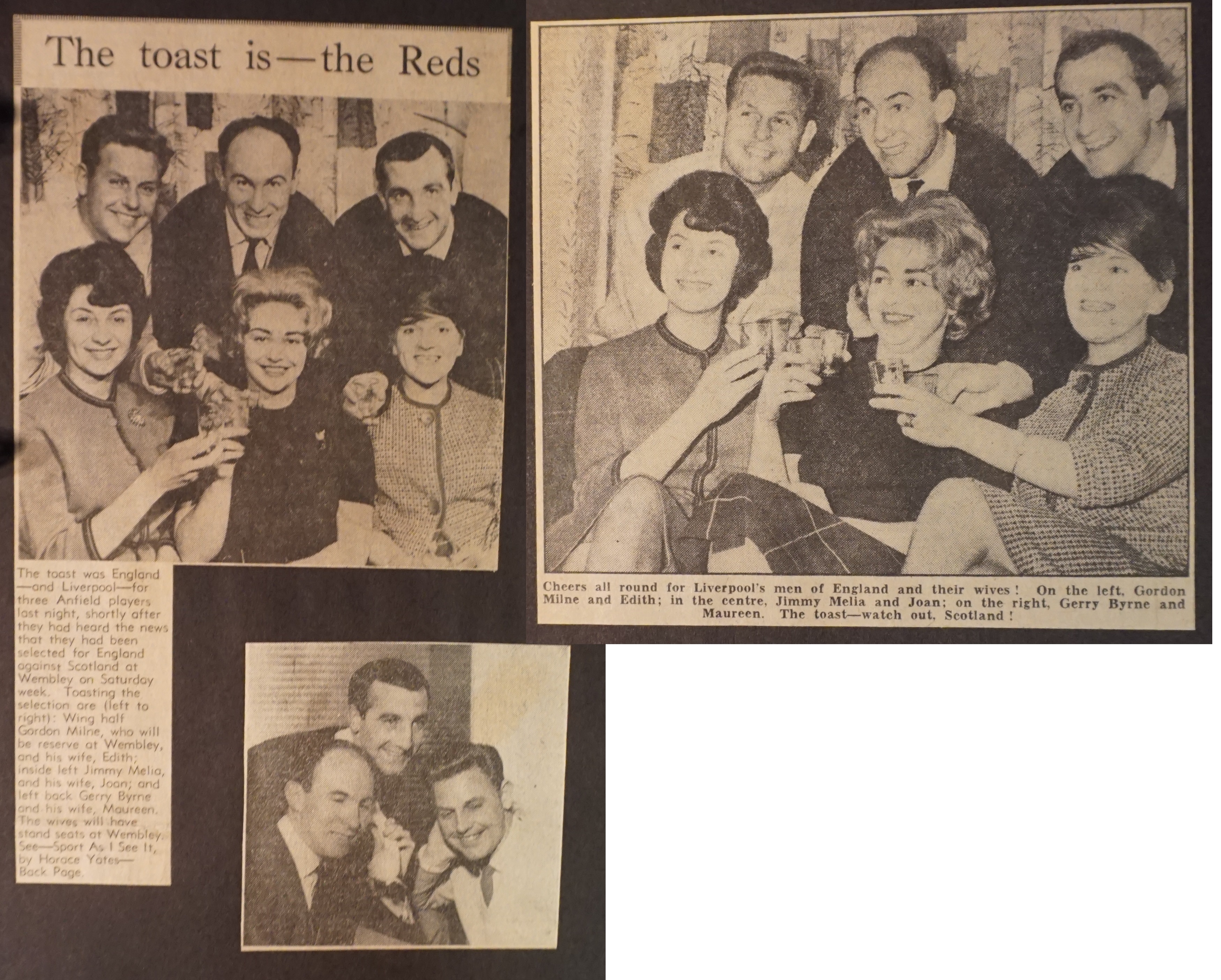 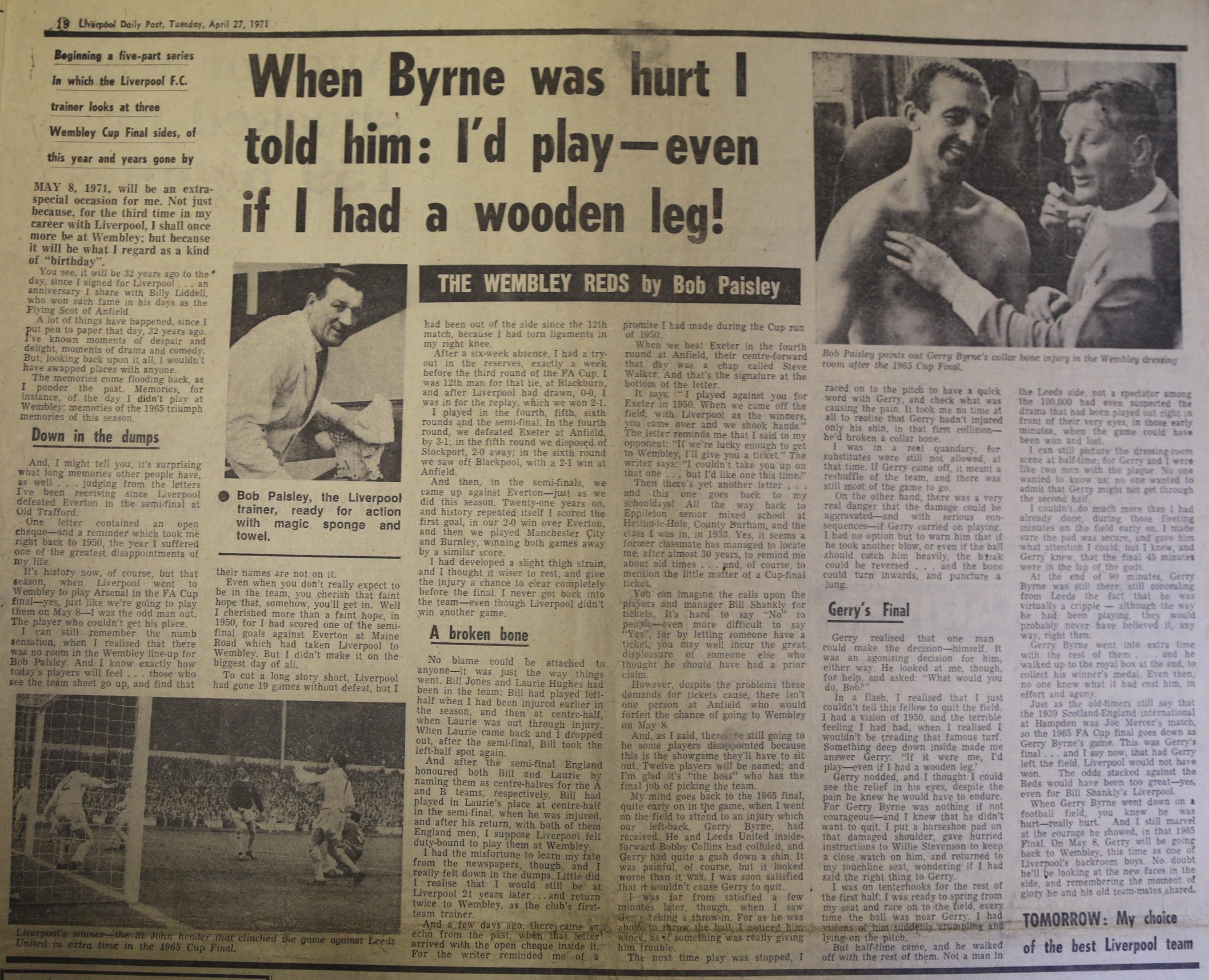 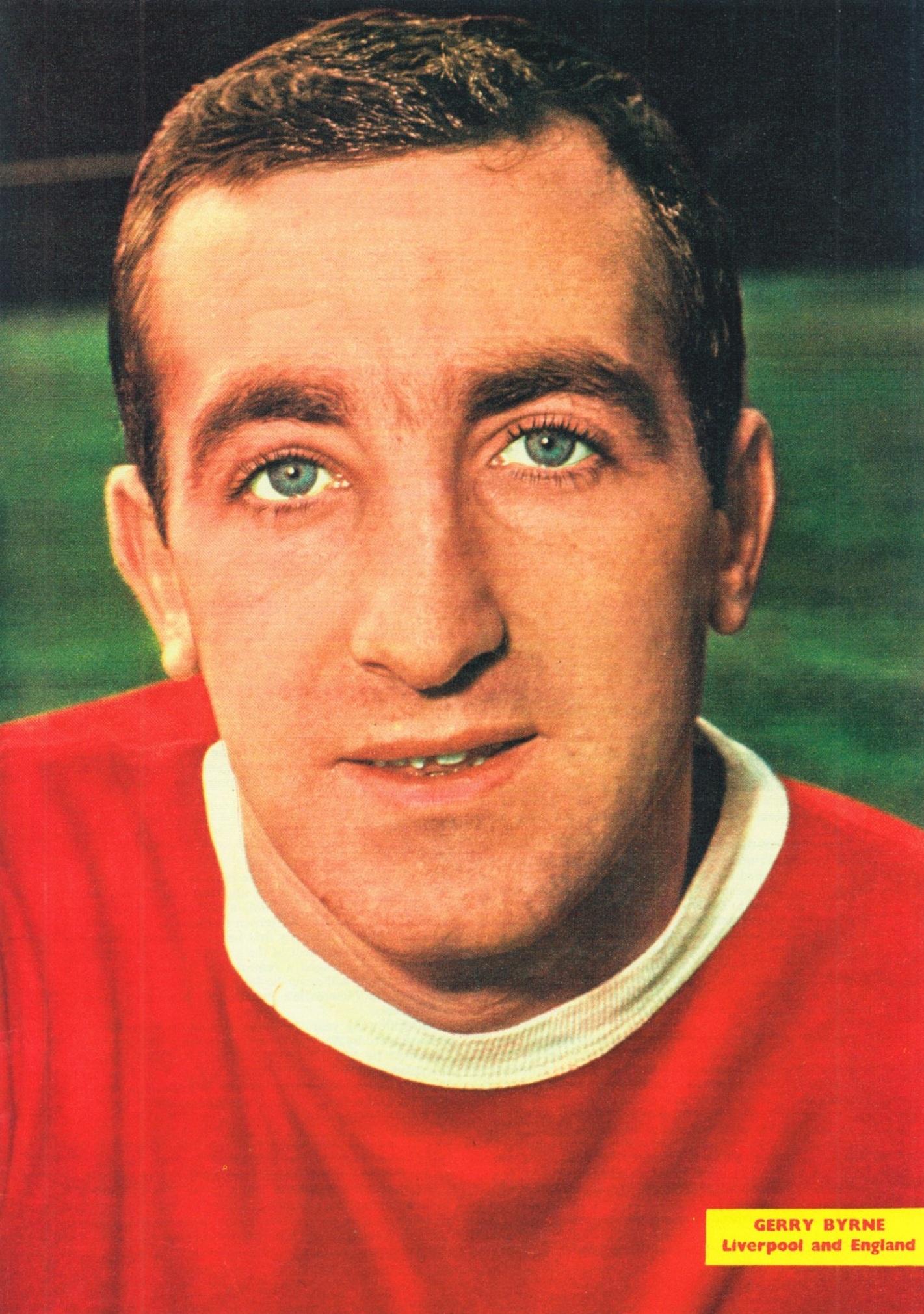 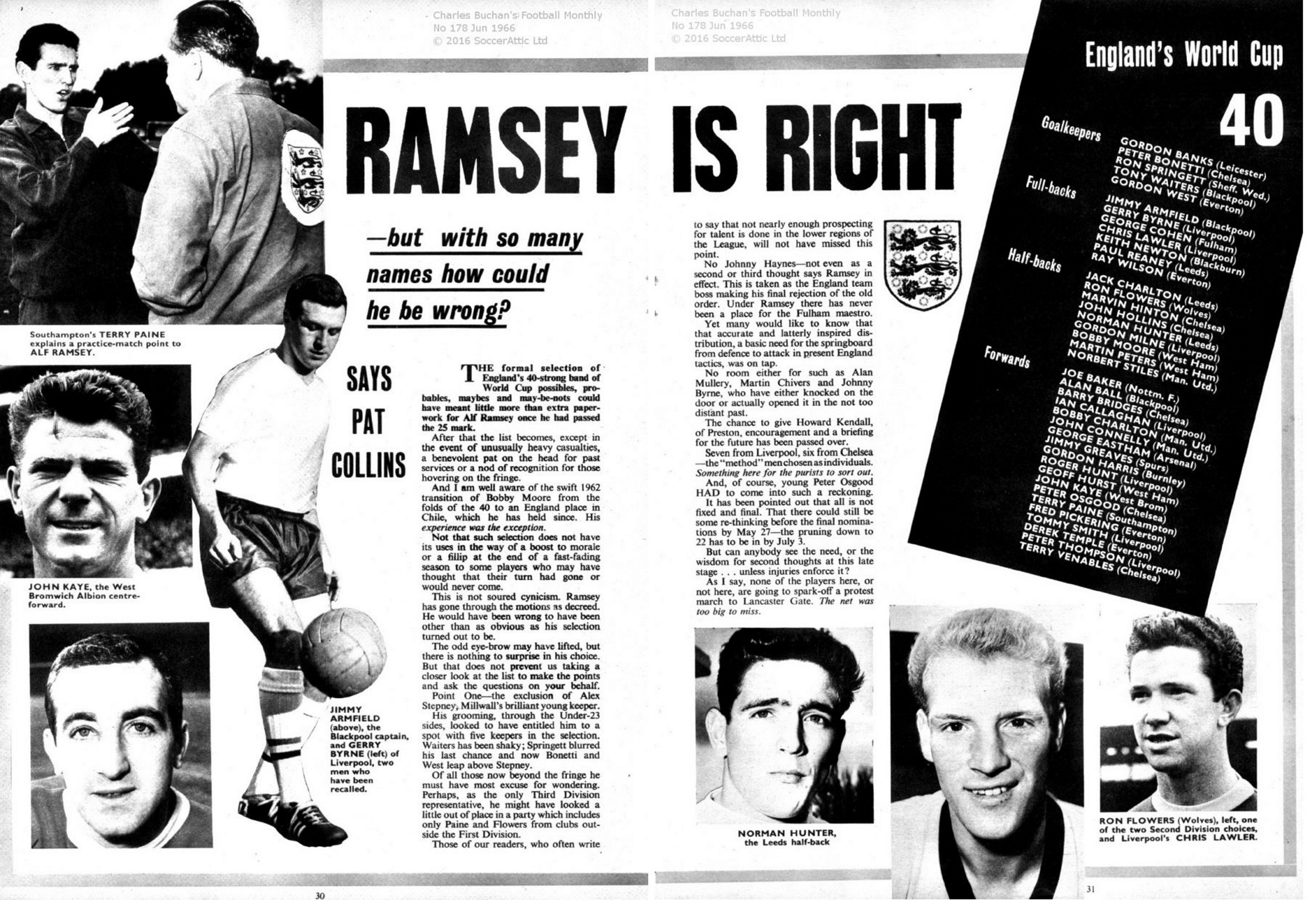