Evidence of the improvement under Houllier and Phil Thompson was shown in the second place league finish behind Arsenal that enabled Liverpool to enter directly into the Champions’ League group stage the following autumn without having to pre-qualify first. But Valencia away was a tough place to start. Maybe it wasn’t too much of a surprise that Liverpool lost but it was the way they lost that caused concern. Clubs can afford one bad result but rarely two and ‘only’ managing to draw with Basel at Anfield was a huge disappointment after totally dominating for most of the game. Spartak Moscow were trounced 5-0 on Merseyside and 3-1 in Russia where Michael Owen scored a terrific hat-trick but it was the failure to beat either Valencia or Basel that sealed Liverpool’s fate. Valencia repeated their Mestalla victory at Anfield, albeit to a somewhat fortuitous goal, but in Switzerland Liverpool were three goals down at the interval and seemingly heading for a terrible humiliation before they somehow recovered to square the match 3-3. But it wasn’t enough. Only a win would have done and as a result the club had to settle for dropping down into the UEFA cup. Perhaps it was ironic that they had failed to qualify for the next stage after winning 2 games out of six when they had managed to qualify the previous season after winning only 1 out of six. But as they were unable to beat either Valencia or Basel in four attempts, it is hard to argue that they deserved to go any further anyway. 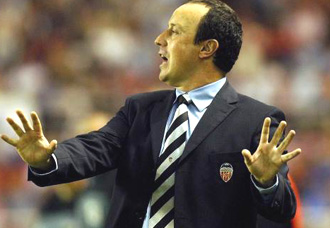 The supporters’ reaction to being given a second chance in the UEFA cup was hardly enthusiastic. For sure it had been so in 2000-2001 but having had a taste of what the Champions’ League had to offer it was clear that the UEFA cup was now very much second best. Vitesse Arnhem and Auxerre were both beaten home and away but the Anfield matches against both clubs were pretty dire and it was no great surprise that the attendance for the Arnhem game a couple of weeks before Christmas attracted a crowd of almost 20,000 less than the previous home European fixture with Valencia.

There was no chance of there being anything less than a full house though when Liverpool were paired with Glasgow Celtic in the quarter-final. Close on 60,000 saw the first encounter at Parkhead and despite losing a very early goal Emile Heskey’s equaliser seemed to have put Liverpool in the driving seat before the return at Anfield a week later. But the team never got going and when Alan Thompson scored from a free-kick towards the end of the first period it was always going to be an uphill struggle, a struggle that ended with John Hartson’s thumping drive as the match and tie reached its conclusion. There wasn’t a place back in the elite as compensation. Defeat in the penultimate league match at home to Manchester City didn’t really affect their task in the final game at Stamford Bridge. It was quite simple. Liverpool had to win to ensure a 3rd successive season of Champions’ League football. Sami Hyypia gave the visitors an early lead but Chelsea equalised then took the lead and it was a lead they never looked in serious danger of surrendering. So it was back to the UEFA cup again.

The unknowns of Olimpija Ljubljana provided a more difficult task than many anticipated and Liverpool were grateful for Michael Owen’s second-half equalizer to save their embarrassment. It was his 21st European goal for the club and as a result broke the record previously held by Ian Rush. At Anfield there was a comfortable 3-0 victory that included a first senior goal for Anthony le Tallec and a late penalty miss by El Hadji Diouf. Steaua Bucharest provided a sterner test in the 2nd round but again a creditable 1-1 draw was achieved away from the most unlikely source of Djimi Traore’s right boot! Another sizeable crowd watched Harry Kewell score the goal that settled the tie when the Romanians came to Merseyside. Third round opponents Levski Sofia arrived at Anfield with Liverpool and its manager under severe pressure from the supporters and the media after two miserable performances home and away against Portsmouth that had seen the club knocked out of the F.A. cup. Although the League cup had been won the previous season, it glossed over the fact that the team had gone on an appalling run of 11 league matches without a victory, something that hadn’t happened since the relegation season of 1953-54. Steven Gerrard and Harry Kewell scored tremendous goals to ease the pressure that was building up and Gerrard was again on the scoresheet in a 4-2 victory in the Bulgarian capital when the teams met again early in March. Unusually there was no league match between that victory and the first leg of the next round against Marseille. Milan Baros gave Liverpool the lead at home but the French equalised in the second half and then beat Liverpool in the south of France despite Heskey giving the visitors an early lead. Igor Biscan’s dismissal just before the interval made an already difficult task almost impossible.

Liverpool returned to domestic action and were involved in a race for the 4th and final Champions’ League qualifying place with Newcastle United. When only one point was gained from three successive league matches in April against Arsenal, Charlton and Fulham, the Geordies seemed to have the upper hand. But their own form was poor and by the time they came to Anfield on the final day of the season Liverpool knew they couldn’t be caught. Qualification for the Champions’ League had been achieved again but it wasn’t enough to keep the manager in his job. Gerard Houllier had become more and more erratic when it came to team selection, excuses and when talking to the media. He saw reaching the Champions’ League as success but neither his board nor the bulk of the supporters shared his view. The next time Liverpool stepped out on to the European stage, a new man would be in charge.