In the first part in LFChistory's series on the formative years of Liverpool FC, focus was on John Houlding's split from Everton that gave birth to Liverpool.

Liverpool's first season awaited in the Lancashire league and Liverpool fans didn't have to wait long for the first Merseyside derby which ended in highly controversial circumstances. 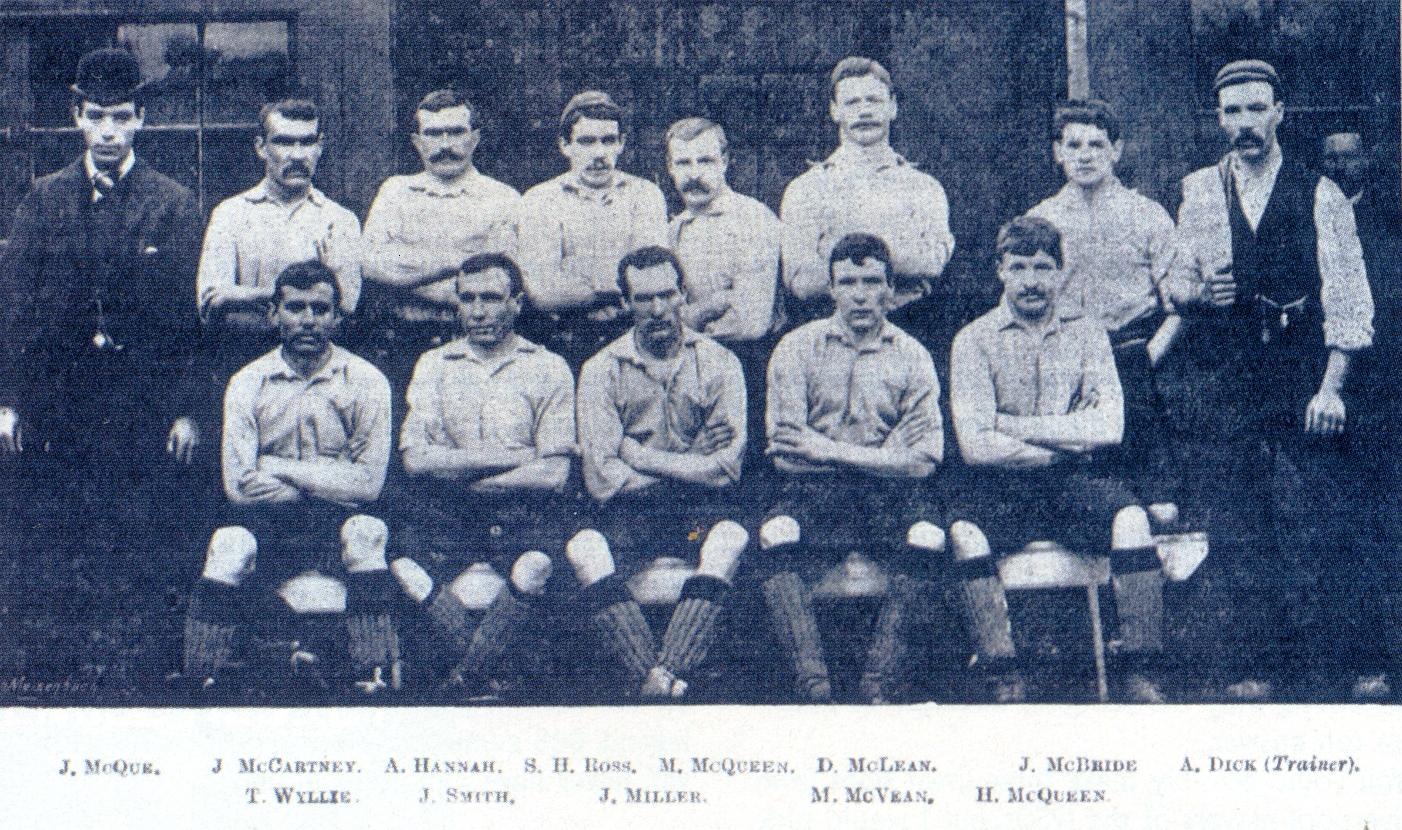 Liverpool FC president, John Houlding, had put his faith in Ulsterman John McKenna to assemble a good enough team for Liverpool for the club's debut season. Houlding got to know McKenna through the Orange Order and they had struck a firm friendship. McKenna had been known for helping Liverpool's poor people and took a great interest in player's welfare reflected in him becoming the Football League chairman in 1910, staying in the post for no less than 26 years. "Honest John" was also a hard-nosed businessman, who didn't suffer fools lightly and his 'military bearing and staccato voice' got him far as the Liverpool Echo reported when he clashed with a Manchester City director: "When the director entered the Liverpool boardroom vehemently declaring that City had been robbed of the game, McKenna immediately called for quiet using his well-known phrase 'A moment, please, a moment'. He then proceeded to ask the director if he knew what the word "robbed" meant. Did he believe the referee was a thief? He promptly proceeded to insist on the director making an apology in the presence of everyone in the room."

William E. Barclay who was Houlding's vice-president at Everton, stuck by his boss and worked beside McKenna, taking care of administrative affairs and training. McKenna searched mainly in Scotland for cheap talent and signed several quality players. Two Scotsmen, Duncan McLean and Tom Wyllie, decided to follow in the footsteps of the club's former president, John Houlding, and leave Everton. Andrew Hannah, who joined from Renton, had previously featured in Everton's 1891 championship team and was quite a catch for the Anfielders: "Hannah will act as captain and his power of developing players is so well known that the Liverpool club are fortunate in having secured the man who did so much towards improving the all-round play of the Everton team." (Birmingham Daily Post on 6th of June 1892.)

Houlding's new club was progressing well evident in Liverpool Mercury on 29th of August 1892: "Liverpool have not been idle, and in their endeavours to get together a team that will sustain the tradition of the Anfield-road enclosure, have enjoyed much success. The main object of Liverpool will be to come out prominently in the English cup competition for which they have entered, and in the Lancashire Cup contest, in connection with which they have been drawn with Southport Central, the tie to be played off at Anfield on September 17. They are in the Lancashire League, and will meet several league teams, including Blackburn Rovers, Burnley, Notts County, Stoke and Darwen: and an interesting event of the season will be the visit of Corinthians on April 3. If Liverpool come out of these principal matches with credits they will of course stand a good chance of securing a place in the league next year – this will be their incentive.

The team is undoubtedly a strong one, and will include Ross (Cambuslang) and McOwen (Blackburn Rovers), goal; A. Hannah and McLean (Everton and Renton), with another man expected, backs; J. Kelso (Renton), McQue (Campsie, and who has won a Stirlingshire cup), and McBride (Renton, and who played for Scottish League versus English league at Bolton last season), half backs; Wylie (Everton), Smith (Sunderland and Kilmarnock), right wing; Miller (Dumbarton), centre; and Kelvin (Kilmarnock) and McVean (3rd Lanark), left wing; with Cameron (Aston Villa and Renton), reserve. Liverpool inaugurate their career by playing Rotherham Town (Midland League Champions), at Anfield on Thursday."

It is no wonder that the team originally known as "The Anfielders" became to be known as "Team of the Macs", due to the number of Scottish players. 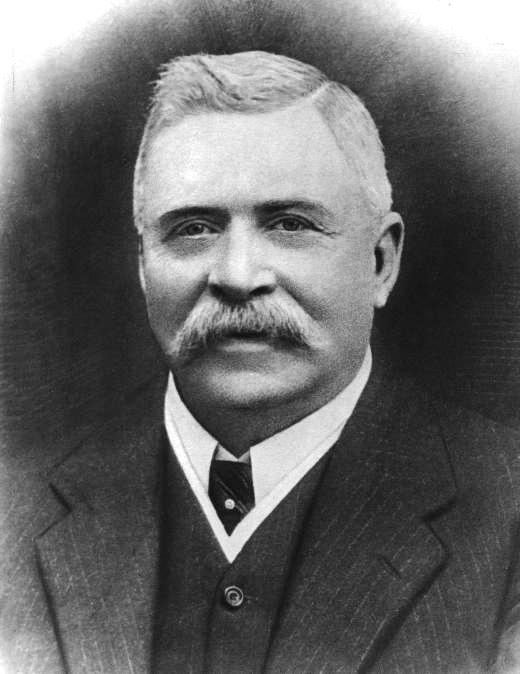 Field Sport gave a further description of the qualities of the newly formed Liverpool team: "The position of goal-keeper is perfectly safe in the hands of Sidney Ross. His display in the practice matches stamps him as one of the finest custodians who ever appeared in a team. The backs are also a fine pair. The merits of Andrew Hannah are well known both as skipper and also as a player, and his mature judgement, together with excellent defensive tactics, makes him most invaluable. Duncan McLean, the other back, has not the finish possessed by Hannah. Still he is a most enthusiastic player, and no doubt with tuition from his partner will eventually become equally safe. The line of half-backs are a splendid trio. Young Kelso is as like his older brother, Bob, in play as he is in features, and great things are expected from him. McQue, the centre half, is a finely built young fellow, with superb tackling powers and excellent judgement of the ball, and it is certain that Celtic's loss will prove a gain to Liverpool. McBride, who will be entrusted with the defence of the left wing, is a player of the first water. Although diminutive in stature, he possesses a wonderful amount of strength, and never knows when he is beaten.

But it is the forwards who carry off the palm. Their attack is most formidable, and when fairly under way they will be difficult to stop. Wyllie is as speedy as ever, and if kept in his own position will prove as effective as any player in the kingdom. Smith, the ex-Sunderland man, is a grand acquisition, possessing rare speed and good dribbling powers, and if he does not develop selfish tendencies he and Wyllie will make an excellent wing. J Miller is an ideal centre, and no man has earned such high praise as Miller has done since he came to Liverpool. He is a most unselfish player, feeding his forwards with remarkable accuracy, and when a chance of scoring present itself his shots are sent with a velocity that gives the goalkeeper little chance. The left wingers are both young players, with splendid speed, and combine well together, considering the limited opportunities they have had. McVean is a good shot and a rare dodger. Kelvin, who will play outside, is a second Geary, having the speed of a deer and dogged persistency to score. With a team like this together, and with a string reserve, it is to be hoped the defeats will be few and victories many." Liverpool's application to join the Football League wasn't successful and the club kicked off in the Lancashire League against Higher Walton at Anfield on 3rd of September 1892. The match was to kick off at 3.15. Only about 200 spectators turned up to see Liverpool line up 45 minutes too late at 4.00 as some of Higher Walton's players had been taken to Everton's ground at Goodison-road, by mistake. Liverpool lined up with Ross in goal, Hannah and McLean were full-backs, McBride, McQue and Pearson half-backs, Wyllie, Smith, McVean, Cameron and Kelvin forwards. John Smith scored Liverpool's first goal with a "searing shot" after brilliant passing between him and Wyllie when 15 minutes had been played. Liverpool dominated the whole match leading 5-0 at half-time and eventually running out 8-0 winners after "shots rained in like hail". Tom Wyllie was especially praised for "being conspicuous with several plucky runs and grand shots for the goal." Liverpool was clearly a club that meant business "and the work of the whole team showed that they were worthy to meet opponents of a higher calibre."

Reports from this inaugural season from Liverpool Football Echo and Liverpool Mercury are on LFChistory.net. Simply click on the result in the Season Archive. To see reports from Higher Walton's game click here.

Liverpool's board was no doubt pleased with the number of people attending Liverpool's second match in the Lancashire League vs. Bury at home. Football Echo reported that "the reputation of the Lancashire cupholders [Bury] and the prospect of a stiff game drew together a capital attendance, there being about 4,000 spectators on the ground when the players trod the field at four o'clock. Hannah won the toss, and set his opponents to face the sun."

John Miller, who had been missing from the opening game, lined up front vs Bury and scored two goals helping Liverpool to effectively finish the game at half-time 4-0, the final result being the same. The Dumbarton-born Scotsman was only 22-years-old and quickly became one of Liverpool's key players. Miller seemed to score goals just for fun this season and ended up scoring 22 goals in 21 league games, including three hat-tricks, and wrote his name in the club's history books by netting five goals in a 7-0 win vs. Fleetwood Rangers on 3rd of December, a feat only 4 players at Liverpool have repeated; Andy McGuigan in 1902, John Evans in 1954, Ian Rush in 1983 and Robbie Fowler in 1993. Unfortunately Miller left Liverpool after only one season. Once Liverpool entered the 2nd division, Miller wanted a pay rise of £100 down and £3 per week which was a considered an "exorbitant sum" in the papers at the time especially considering every Liverpool player got a bonus for being a resounding success in their local Lancashire league. Miller joined 1st division's The Wednesday, which The Athletic News concluded "must be paying him a heavy sum." He later returned to Scotland joining Airdrieonians.