A classy centre-half who had great heading ability and his positional sense and overall reading of the game was second to none. Hughes was a late developer physically and according to himself Liverpool and Everton "didn’t want to know me!” when asking for a trial at Liverpool's two biggest teams as they felt he was too small to become a successful professional. The local lad, born just off Everton Road in Liverpool, signed amateur terms for Tranmere Rovers after impressing them with his performances for the Liverpool Boys team. Hughes started out as a wing-half or inside-forward but as he grew taller he was used as a centre-half. “At one time I could beat a man on a sixpence but when I grew taller I became gangly and never had the same skill I had as a little boy,” he said. Hughes was still impressively skilful and after performing for Tranmere's war-time team since 1941 he signed for Liverpool in February 1943 and played regularly for the Reds during the remaining war years. Hughes gained immediate success after the resumption of League football as the club won the first post-war Championship.

Further success never came, although he did have the honour of playing in the 1950 FA Cup final against Arsenal. His selection was rather controversial as he had missed the semi-final victory over Everton, in which his replacement Bob Paisley had scored the opening goal. But it was Paisley who was left out when the Wembley team was announced. Hughes, who was previously uncapped, represented England three times in the World Cup that summer in Brazil becoming Liverpool's first-ever player to feature in the World Cup finals. He played against Chile, United States and Spain but those were his only 'full' caps. England's 1-0 loss to the USA is still considered one of the most unexpected results in the country's proud football history. Hughes' only goal in in his Liverpool career salvaged a draw two minutes from the end of the home fixture with Stoke on 8 December 1951. But the club's fortunes were dwindling rapidly and after narrowly avoiding relegation in 1952/53, Liverpool did go down in bottom place a year later. Hughes continued to play regularly and he only missed one League match in 1956/57. Approaching his mid-thirties by then, he only featured once for the first team in the following season and soldiered on in the reserves for a couple of years making his last-ever appearance for Liverpool reserves in October 1959, a couple of months before the arrival of Mr. Shankly.

Laurie Hughes in 1950: "As one of the few single men in the team, maybe I have more spare time than my married colleagues. My hobbies are tennis, golf and swimming, with stamp collecting an additional side-line."

Liverpool born and bred Laurie Hughes started out at Tranmere but starred at Liverpool.

With plans for a new stadium and its capacity still ongoing, it remains to be seen whether a Liverpool home match will have an attendance greater than that which saw an FA Cup fourth round tie against Wolves in February 1952.

"As one of the few single men in the team, maybe I have more spare time than my married colleagues. My hobbies are tennis, golf and swimming, with stamp collecting an additional side-line." 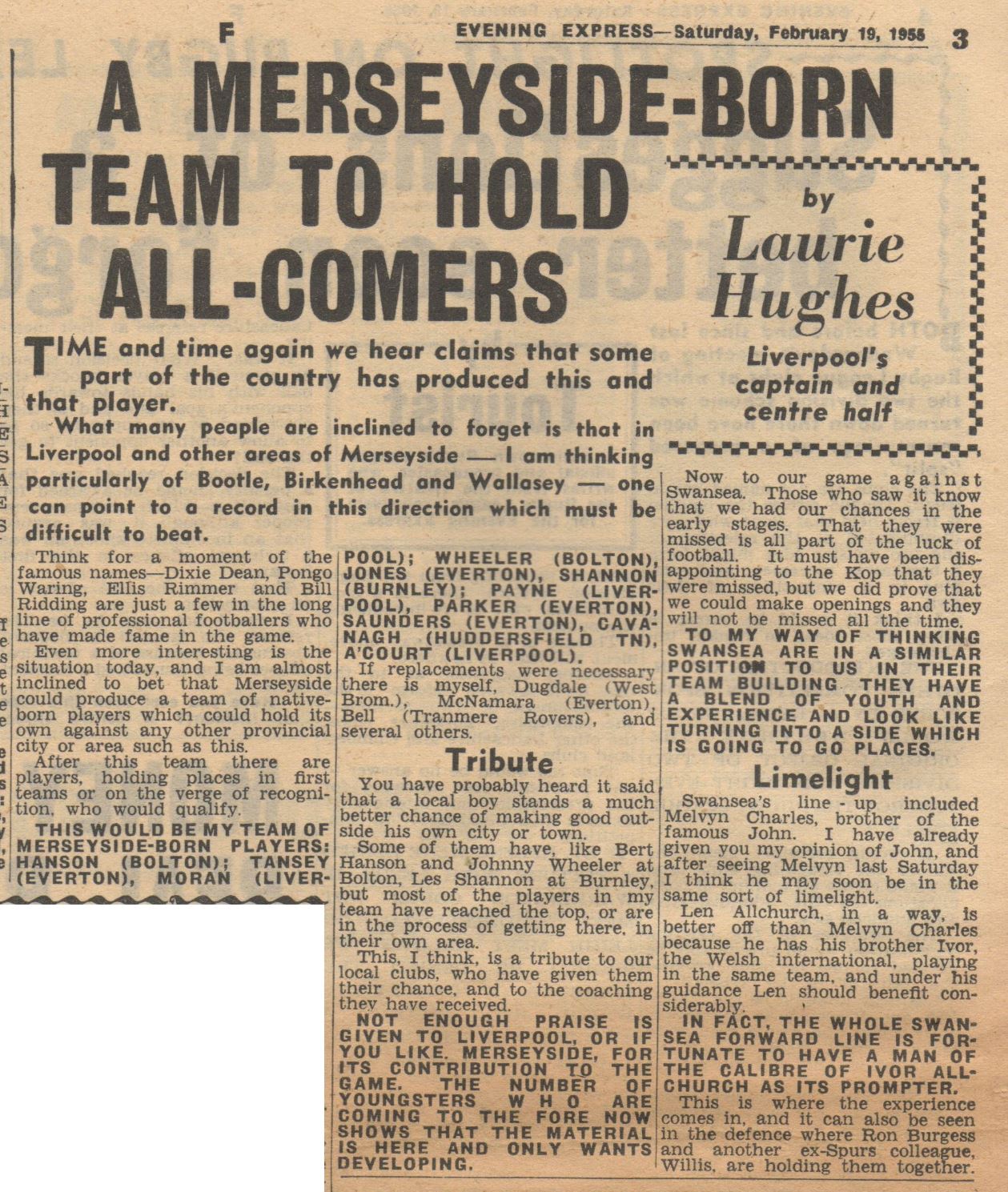 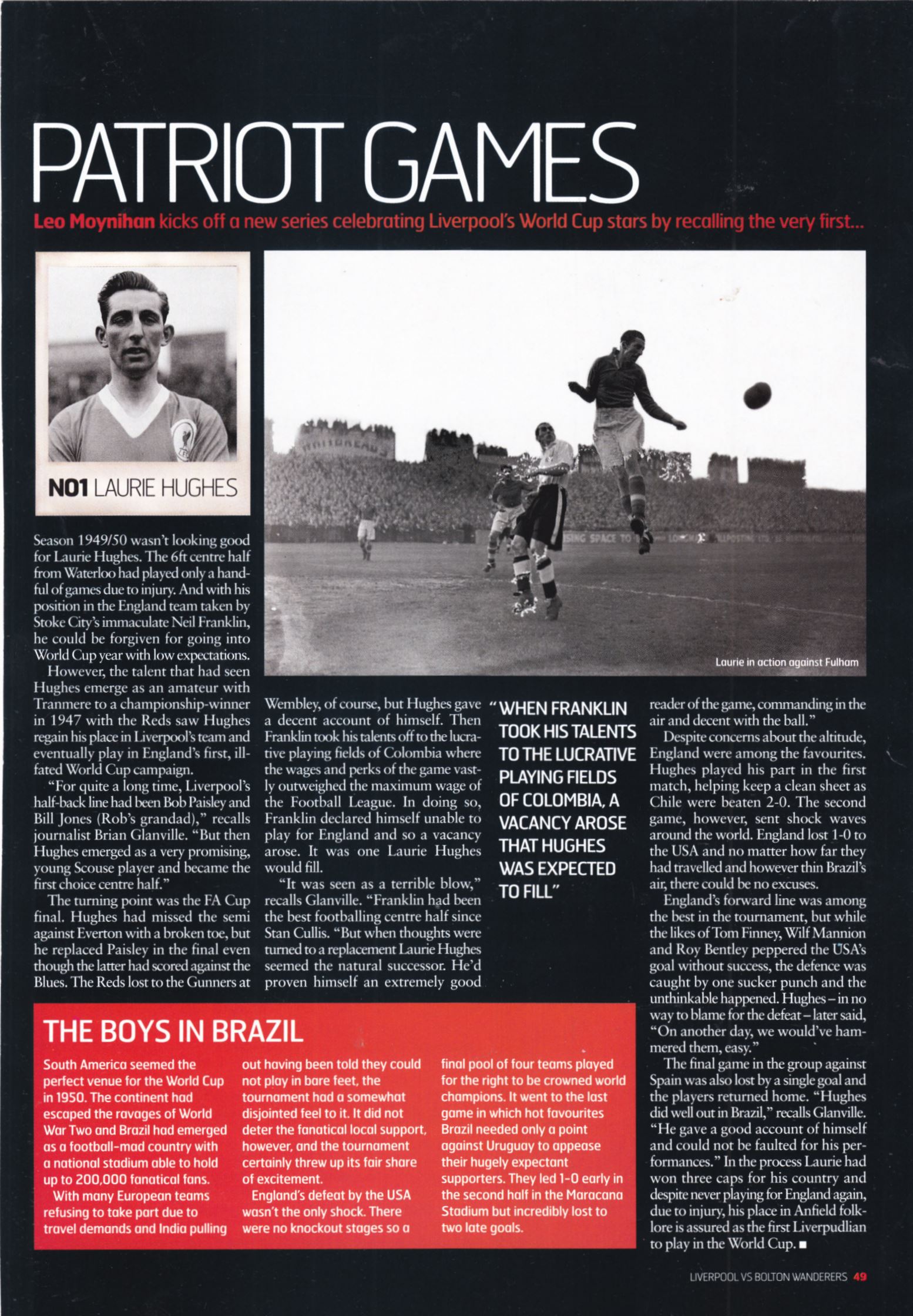 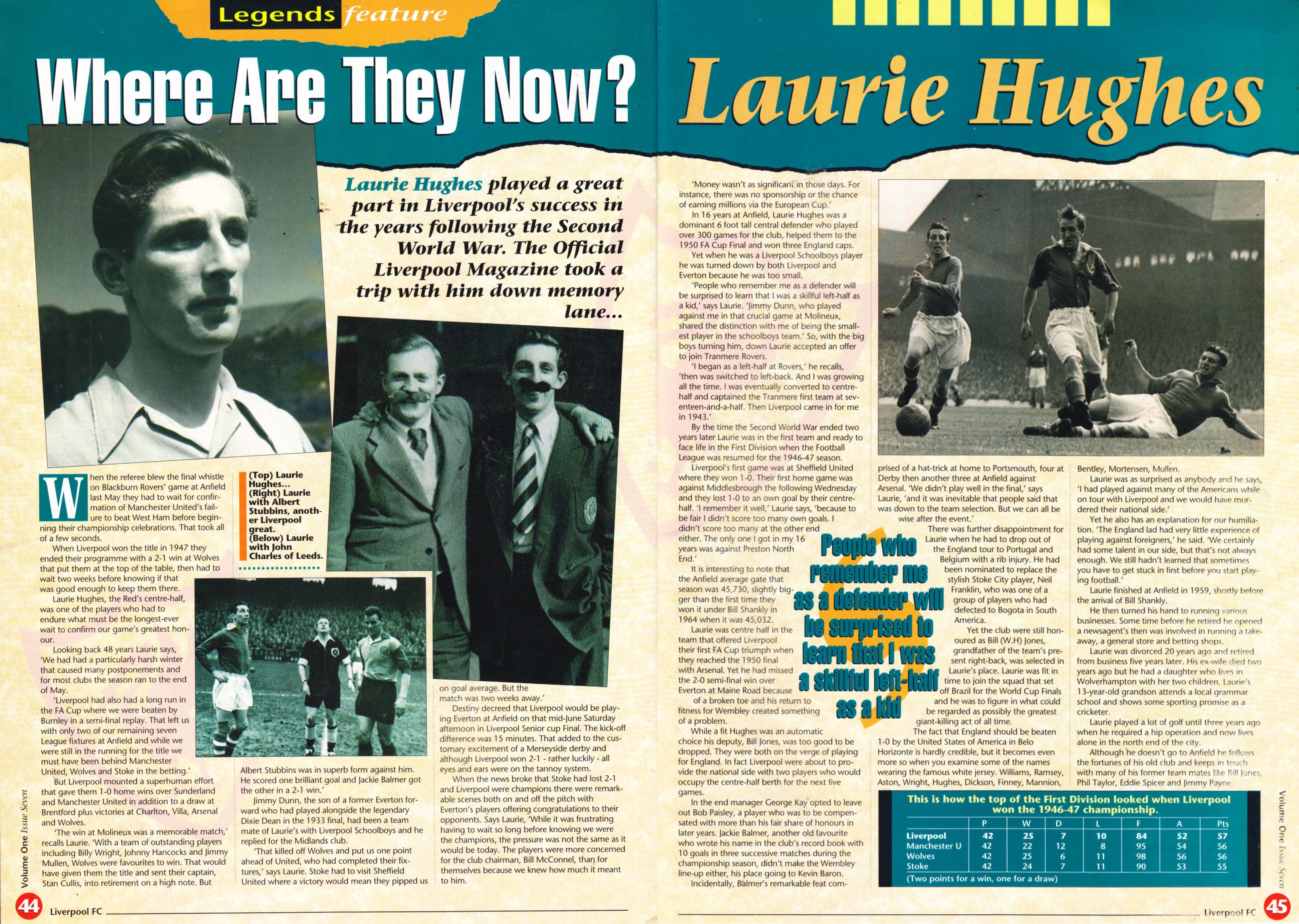