Walsh made his name with his local club Charlton Athletic before moving on to Luton Town and enjoying two good years with "the Hatters", scoring 24 times from 80 League games. Walsh was voted PFA's most promising player of the year in 1983/84 and was at the centre of a bidding war between Manchester United and Liverpool. Walsh opted for a move to Merseyside and with Ian Rush sidelined at the start of the 1984/85 season, he went straight into the first team and scored after just fifteen seconds of his home debut against West Ham. He played in the opening ten League games but was injured in the tenth at White Hart Lane and as that injury coincided with Rush's return to full fitness, he was in and out of the team for the rest of the season. He did score three times in Liverpool’s successful run in Europe and played in the ill-fated final against Juventus in Brussels. This tricky little forward played alongside Rush with Dalglish behind them. Walsh could be pleased with his first season, hardly expecting to upstage Rush who was pivotal to the club's success as before.

An amazing run of 18 goals in 25 matches in the double 1985/86 season was a testament to Walsh's ability, but then disaster struck when he ruptured his ligaments. One wonders what could have been as this was the most important spell of his Liverpool career. Walsh started his scoring spree in the Screen Sport Super Cup against Southampton, scoring two against his old club, Luton, in the League and a hat-trick against Brighton in the third round of the League Cup on 29 October. He failed to score against Leicester, but managed one against Coventry and then ripped West Brom apart by setting up three and scoring his eighth goal in six games. Tottenham and Aston Villa were added to his victims with Walsh on 11 goals in 11 games. Dalglish was a big fan of his talents. "When we brought the ball in to his feet, Walshy danced around defenders. I was well aware that many centre-halves, particularly the old-school ones, found it tricky dealing with small strikers such as Walshy. He buzzed around as they swatted away at him ineffectually. They also discovered to their surprise, and cost, that Walshy could climb into the air, hang there and head the ball." Liverpool's 14 match unbeaten run fell apart against Arsenal on 14 December 1985. Dalglish chopped and changed the squad while Liverpool struggled, only drawing three of their next four games. Walsh scored two goals in Liverpool's thrashing win over Watford on 12 January and had firmly established himself in the first team when Kevin Moran's tackle on 9 February ruined his season. He returned seven weeks later, obviously being hurried back too soon and his name didn't appear on the teamsheet until in the penultimate game of the season against Norwich in the Screen Sport Super Cup. Meanwhile with Dalglish back in the team Liverpool strung together a remarkable 11 wins and one draw from the final dozen first division fixtures which saw Liverpool climb over neighbours Everton. Liverpool secured the League and Cup double. Walsh watched from the stands while Liverpool beat Everton 3-1 in the FA Cup final.

Walsh returned to the starting line-up on 25 October 1986 and scored a hat-trick against Norwich a week later. He was a regular in the side until 25 April 1987, when he was relegated to the bench and didn't even appear on the teamsheet in the last three games. He had only scored three goals since the Norwich game. The arrival of John Aldridge and Peter Beardsley in 1987 meant that Walsh was surplus to requirements at Anfield and it was no surprise when, having made only one League start in 1987/88, he accepted an offer to join Tottenham. Walsh made 28 starts for Spurs in the 1988/89 season but was less involved following the arrival of Gary Lineker and became accustomed to the role of a substitute. He won the FA Cup at Spurs in 1991, coming on in the eighty-second minute against Nottingham Forest and playing the whole of extra-time in which Des Walker scored a decisive own-goal. In June 1992 Walsh went the opposite way as well as a tidy sum when Darren Anderton was brought in from Portsmouth. Walsh was popular at first division Pompey and was voted fans' Player of the Year in his debut season. In March 1994 Walsh was on the move again, this time to Manchester City in the Premier League. Again he proved a popular acquisition as his elegance and all-action style delighted the fans. Walsh made a somewhat surprising return to Pompey in September 1995 after featuring in 39 League matches and scoring 12 goals in the previous season. A cruciate ligament injury in 1996 finished his career after only 22 appearances in his second spell at Portsmouth.

Walsh was a seemingly ready-made poster boy when he arrived from Luton to Liverpool with the world at his feet. Injuries undoubtedly curtailed what his talents could have achieved but when Walsh was on song there was not a prettier sight in football.

Walshy - Wouldn't It Be Good

Paul Walsh has just released his autobiography that is in turn entertaining and shocking.

Bob Paisley was a great judge of players and in the 1986/87 season he looked at the players of Liverpool FC and treated us to his point of view on them.

Walsh puts Liverpool back on course

Walsh strikes as Anfield has that familiar air of inevitability

"The medical facilities were unbelievable in those days. The treatment room was like a museum. I remember in the 1986 title-winning season I was going along nicely until I picked up an ankle injury against Manchester United. There’s a picture of me on my wall at home of me in the dressing room with Roy Evans dabbing my ankle with a sponge. I’ve ruptured my ligaments and I’ve got Roy giving it a dab and wiggling it about saying ‘It’ll be alright’ I was hobbling around for months.

"For the first three years, life at Liverpool was brilliant. It didn't worry me that I was in competition for one of the striking places with Kenny Dalglish, Ian Rush, David Hodgson and Michael Robinson. I was confident in my own ability by this stage and I was absolutely flying. Unfortunately for me, the Heysel Stadium disaster came on the night when I should have been playing in the European Cup Final. Of course, 38 people lost their lives that night, so what happened to me is insignificant, but it should have been one of the highlights of my career.

In the year afterwards, I had scored 18 goals in 24 games when I was injured during a game with Manchester United at Anfield when my ankle became got caught in between Kevin Moran's legs as we challenged for a ball. I was out for seven months and, by the time I was ready again, Kenny Dalglish had bought John Barnes, Peter Beardsley and John Aldridge. I think he wanted his own men in."

Paul Walsh on his Liverpool career

"Kenny had just signed Peter Beardsley and Roy Evans came to me and asked how would I fancy playing right midfield. I said no because I wanted to play up front but looking back in hindsight I should have stayed at Liverpool and taken that on because I could have done a decent job there."

Paul Walsh reveals why he may have left Liverpool rather prematurely in 1987 when he moved to Terry Venables Tottenham. On liverpoolfc.tv in October 2006 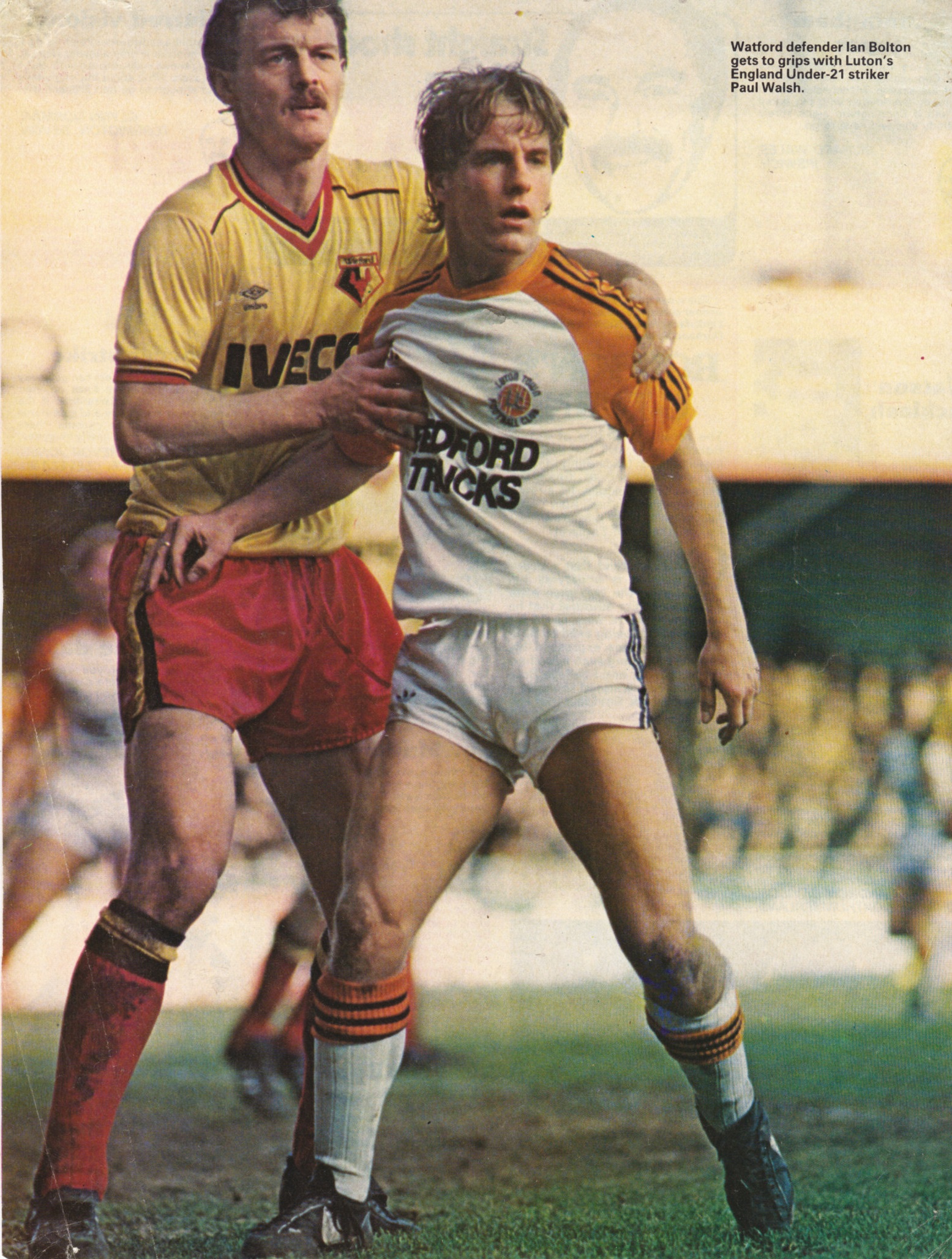 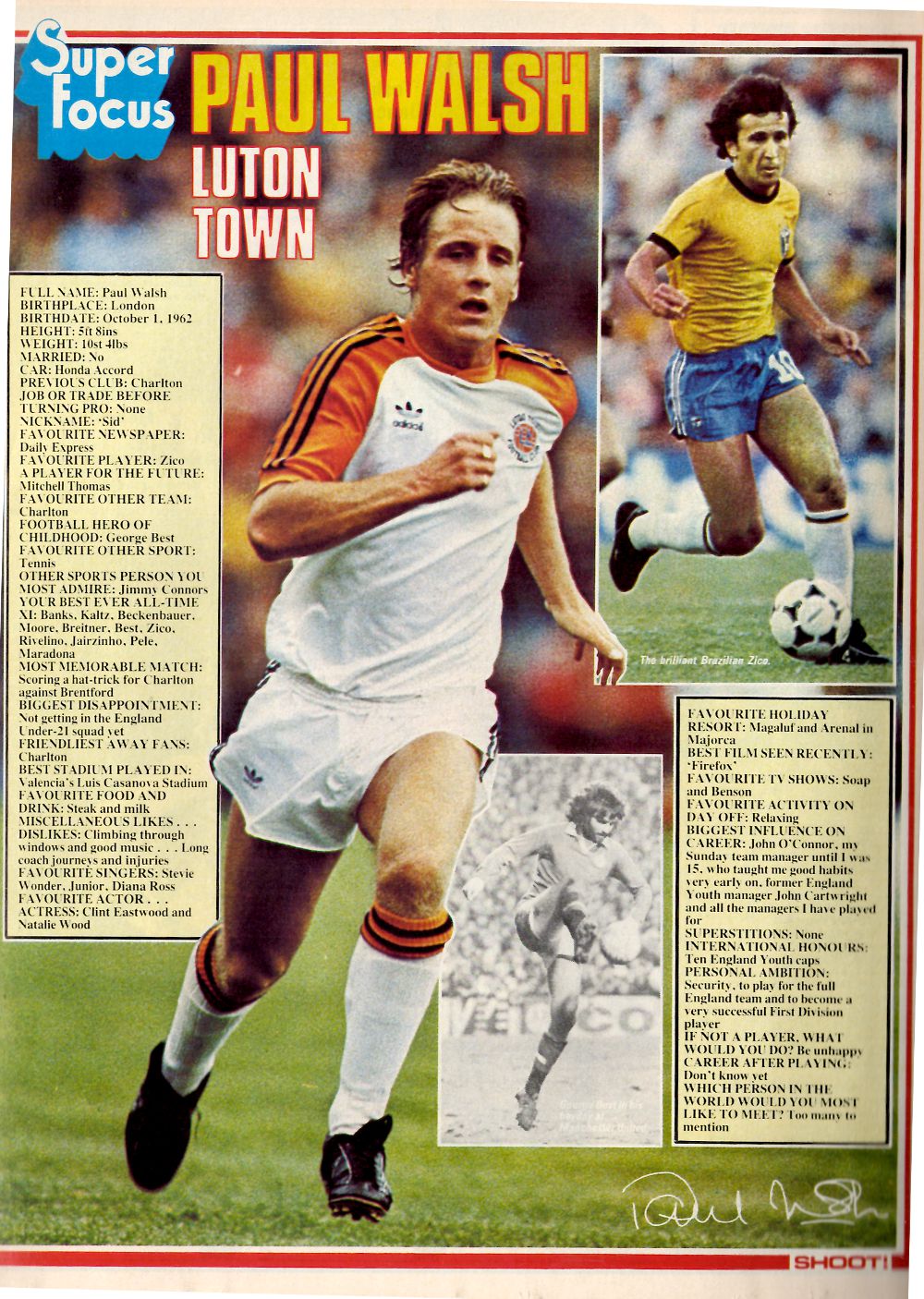 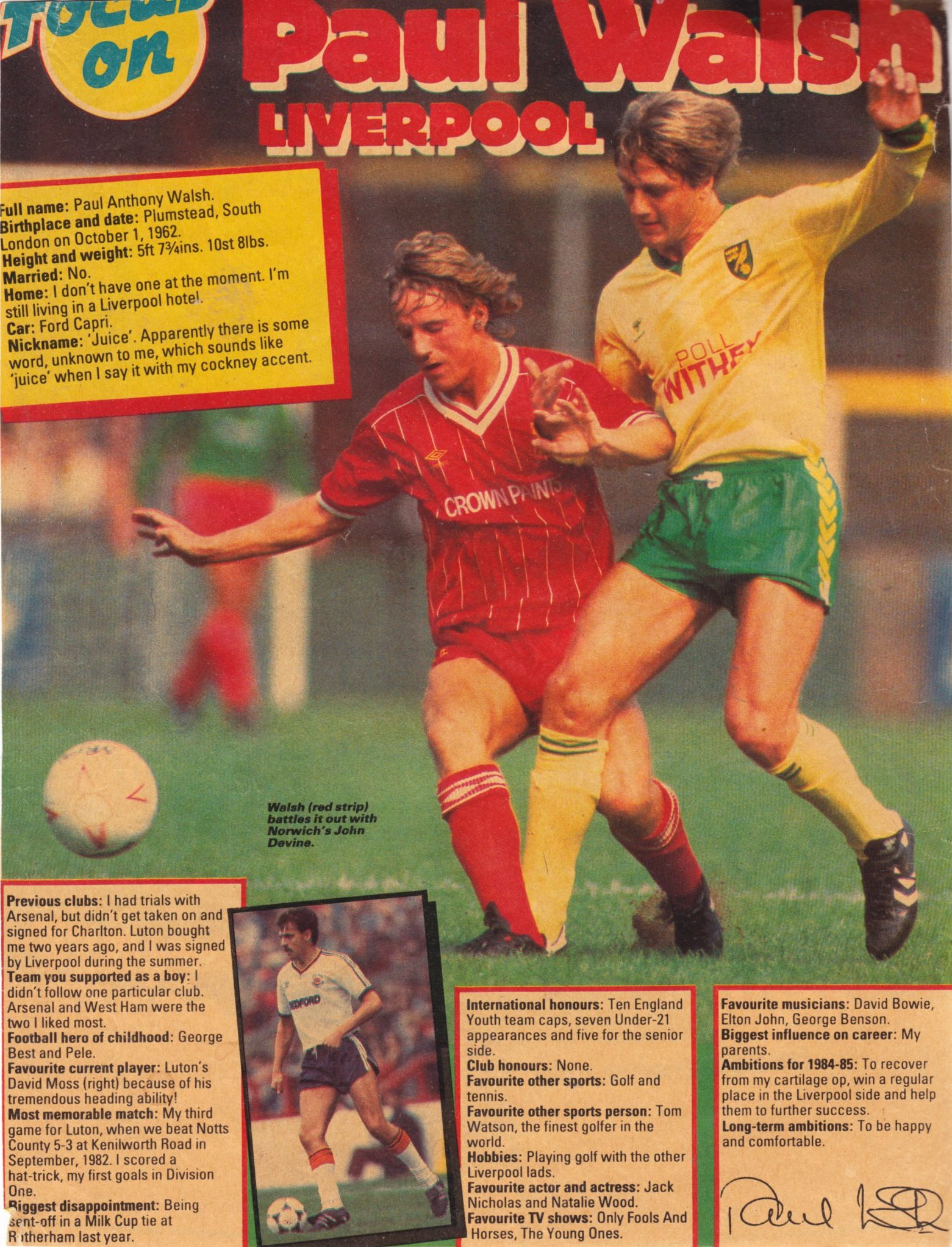 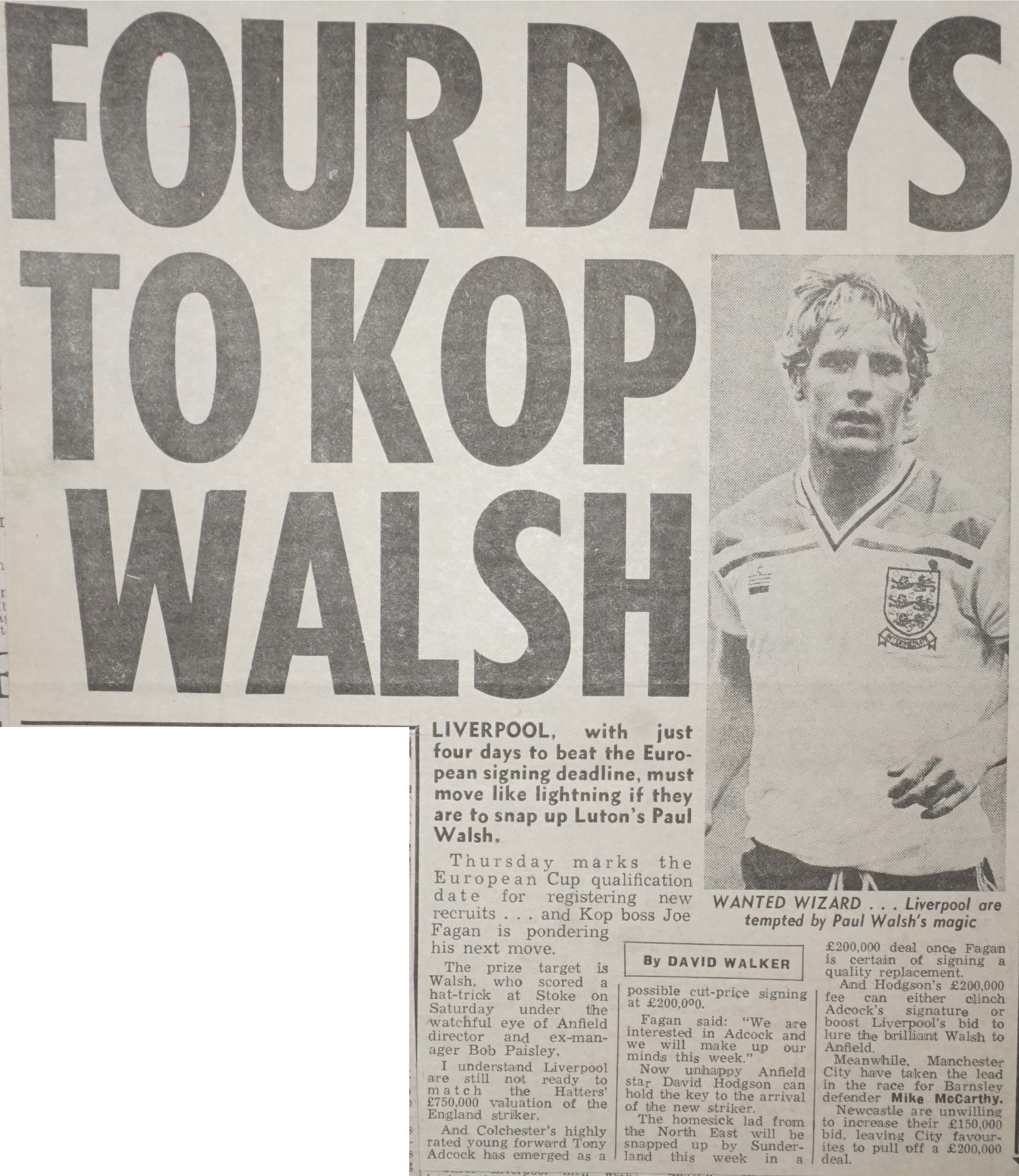 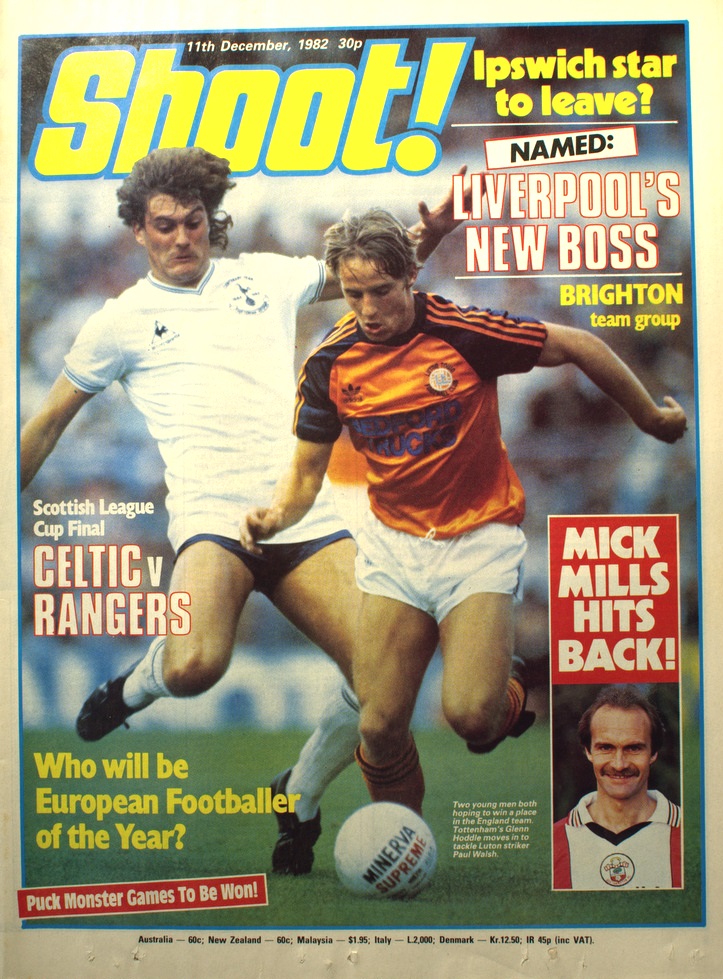 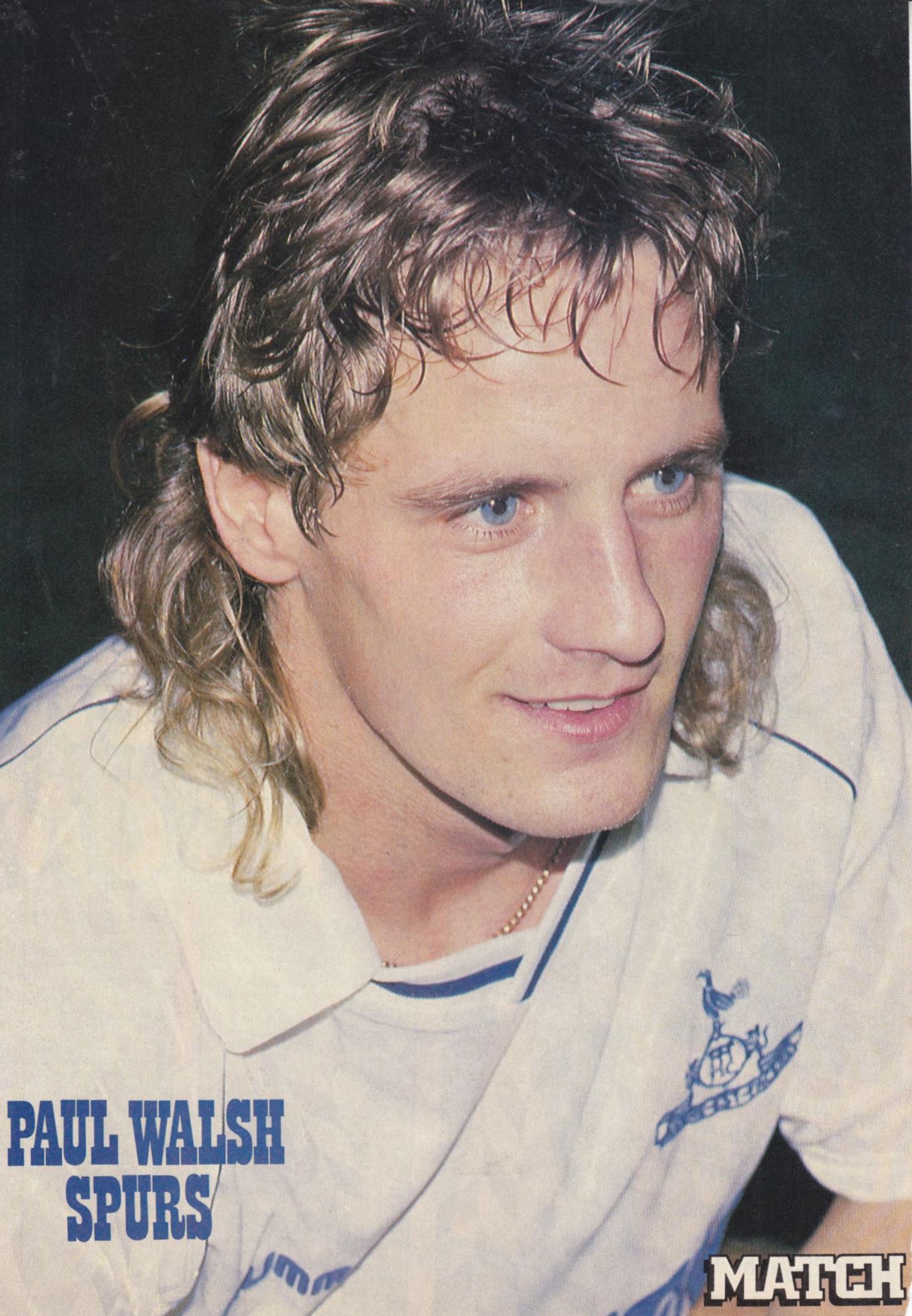 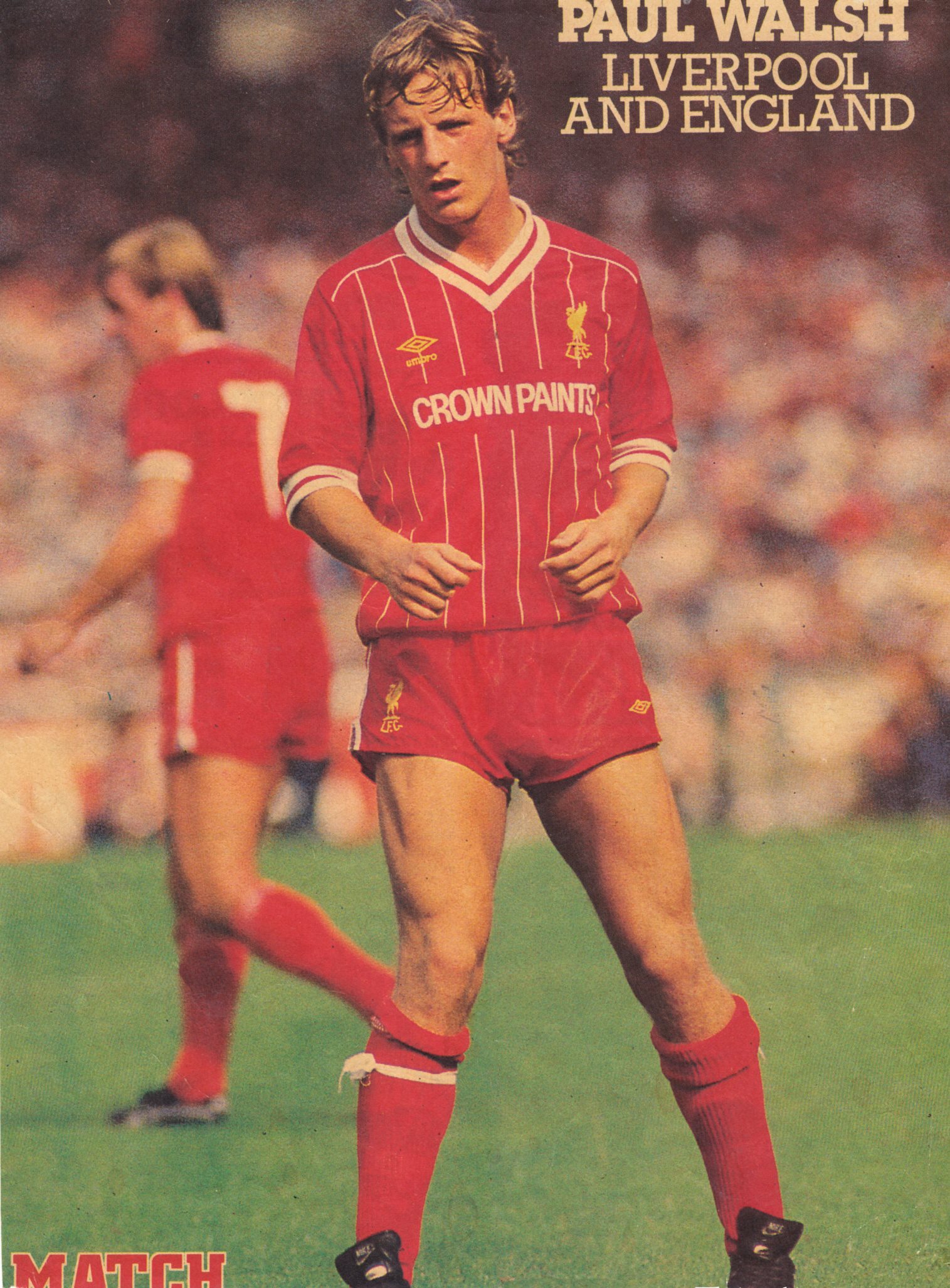 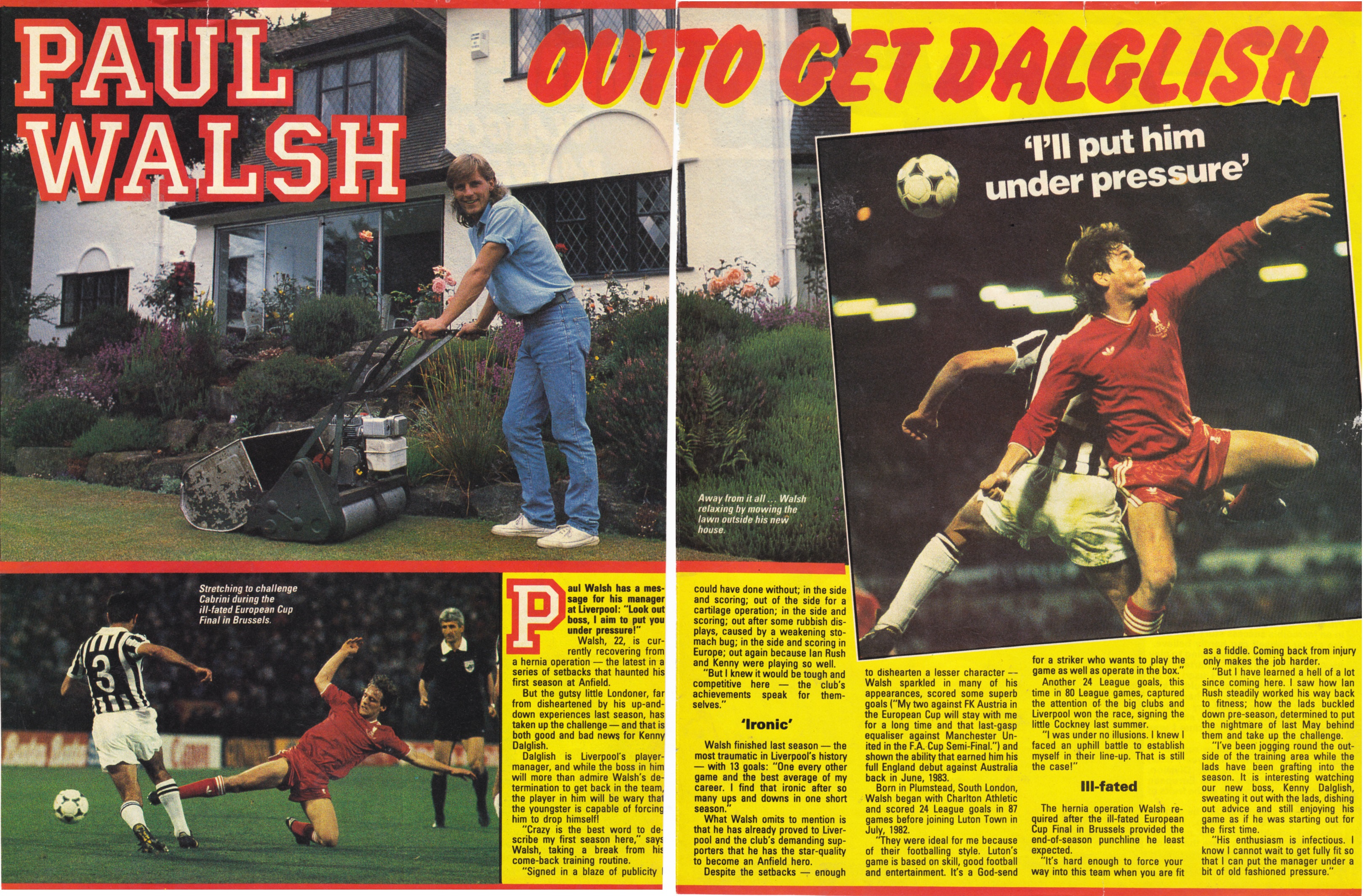 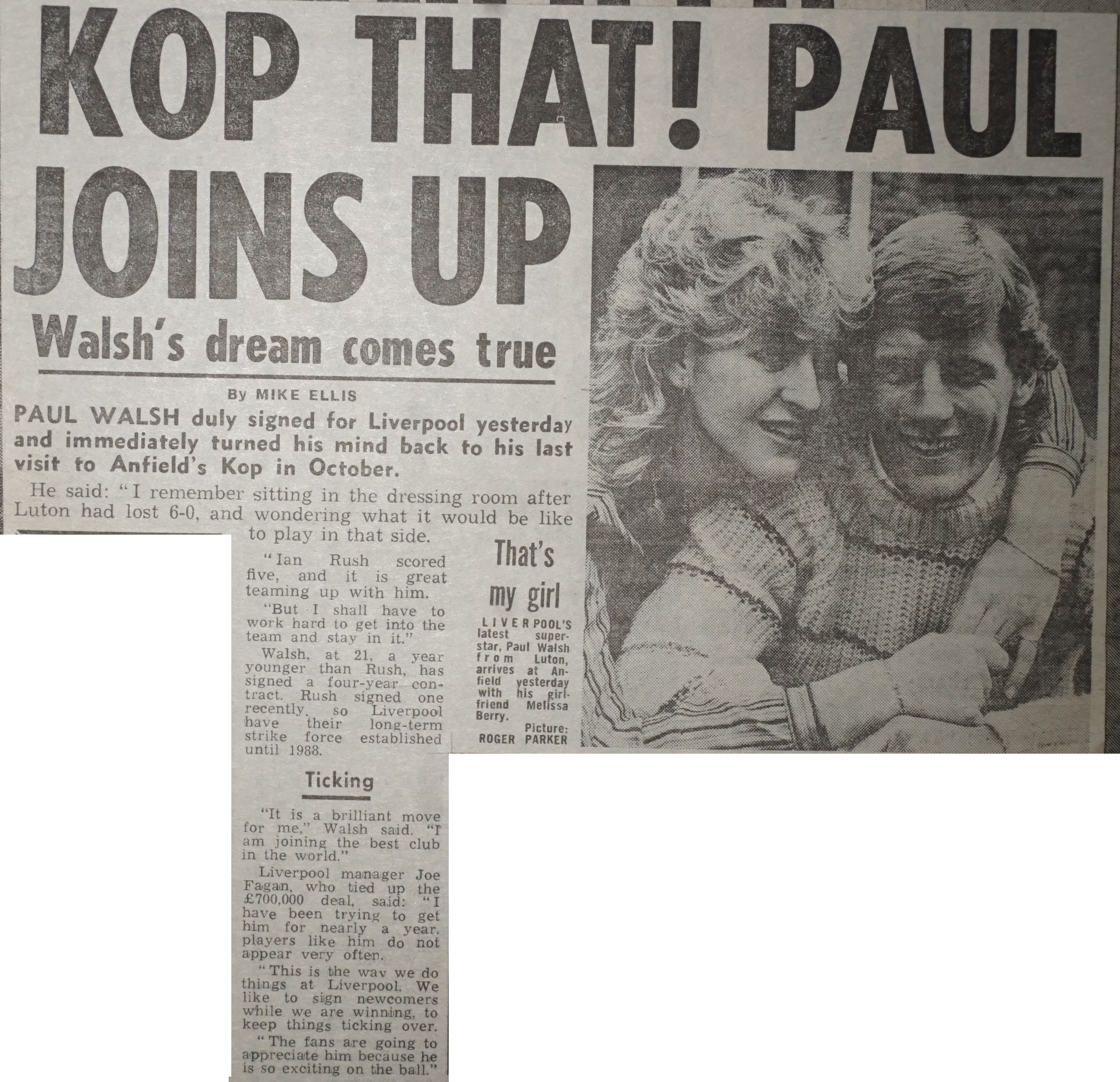 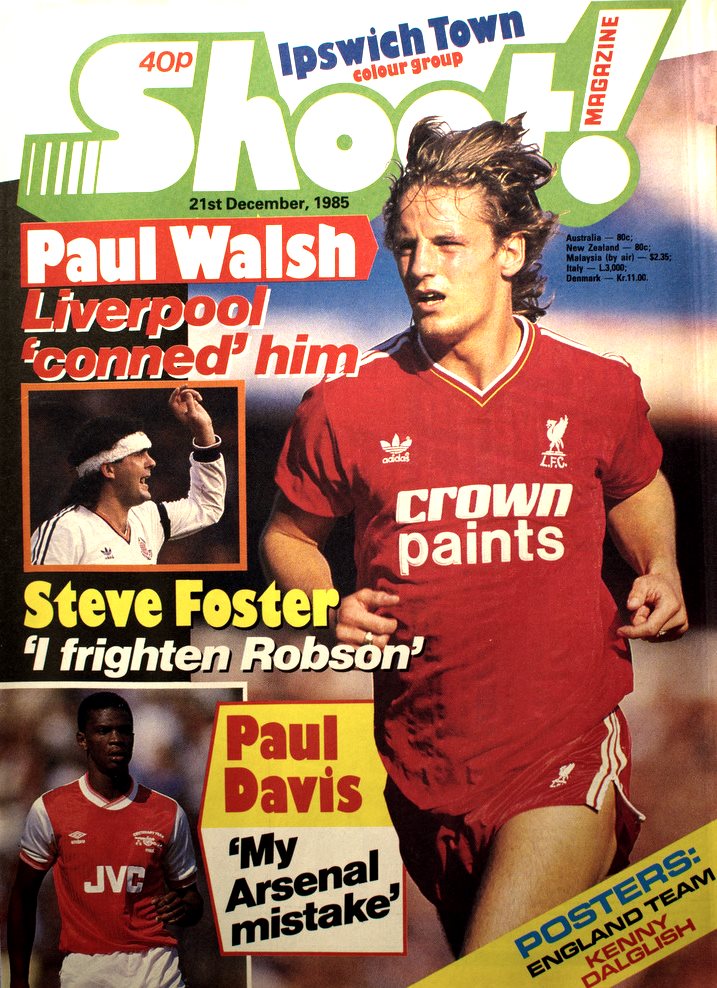 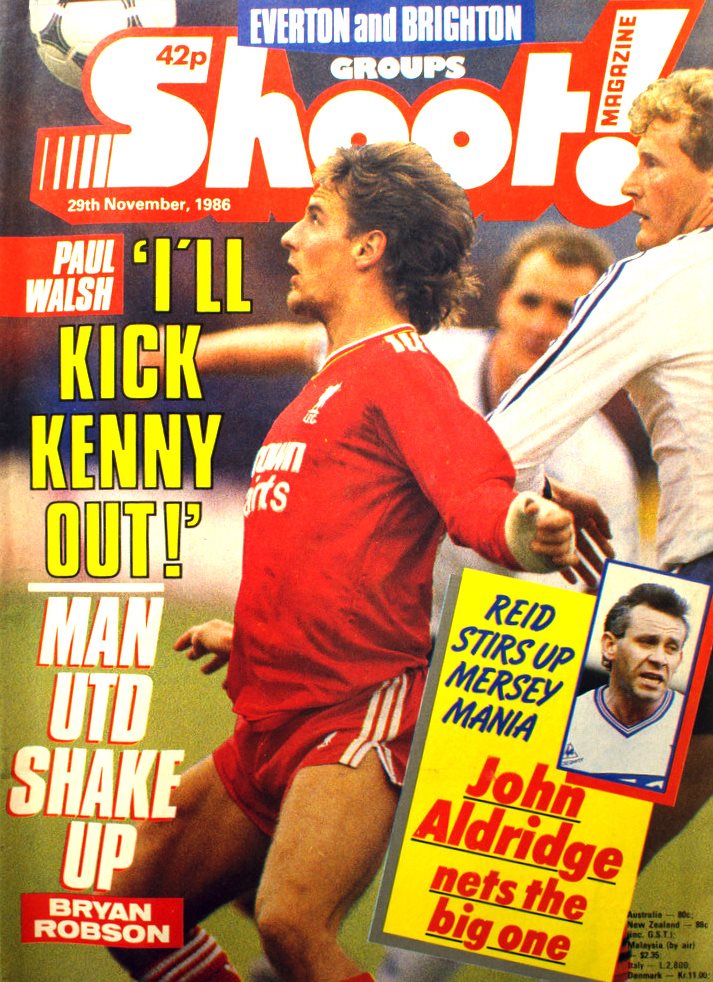 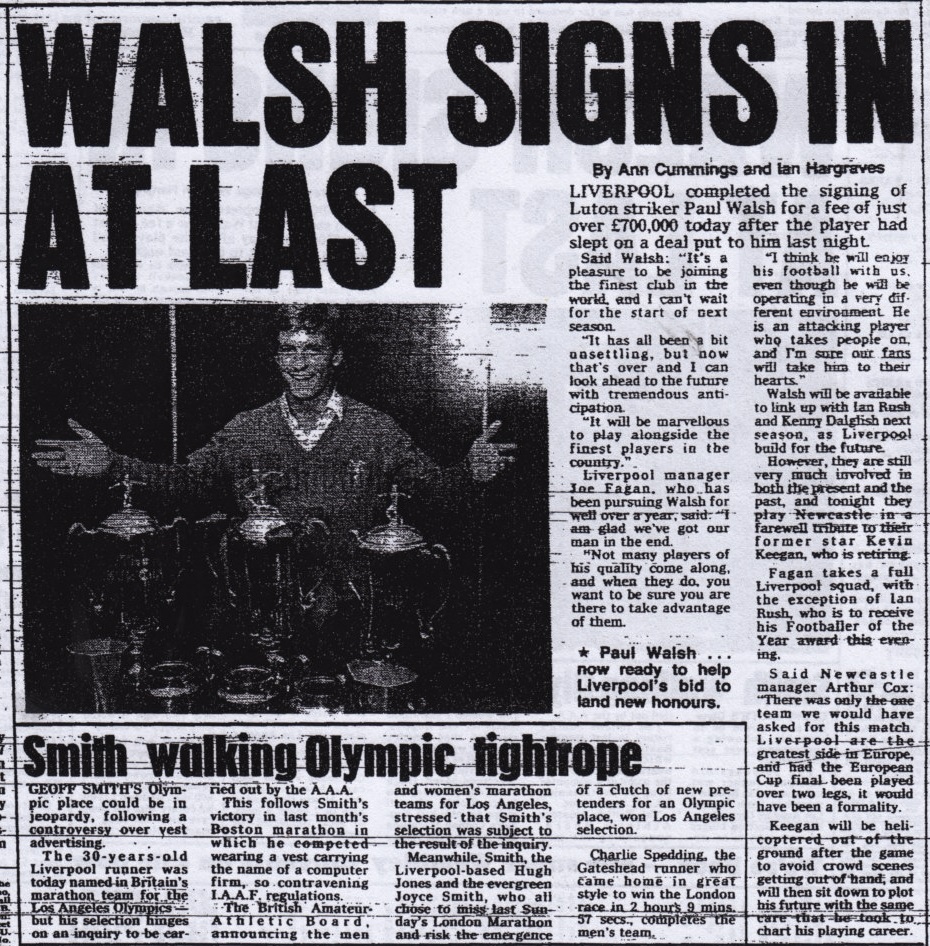 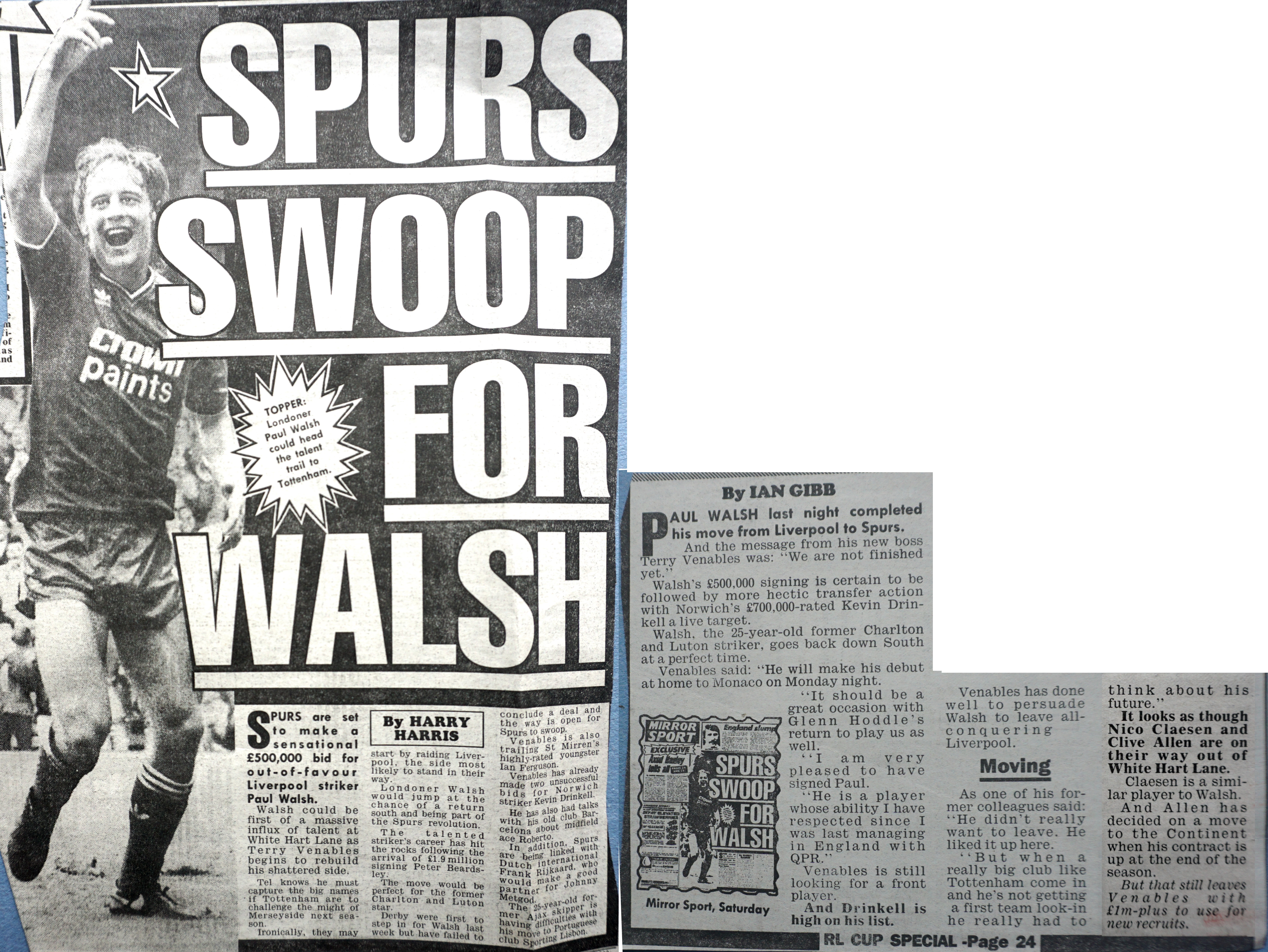 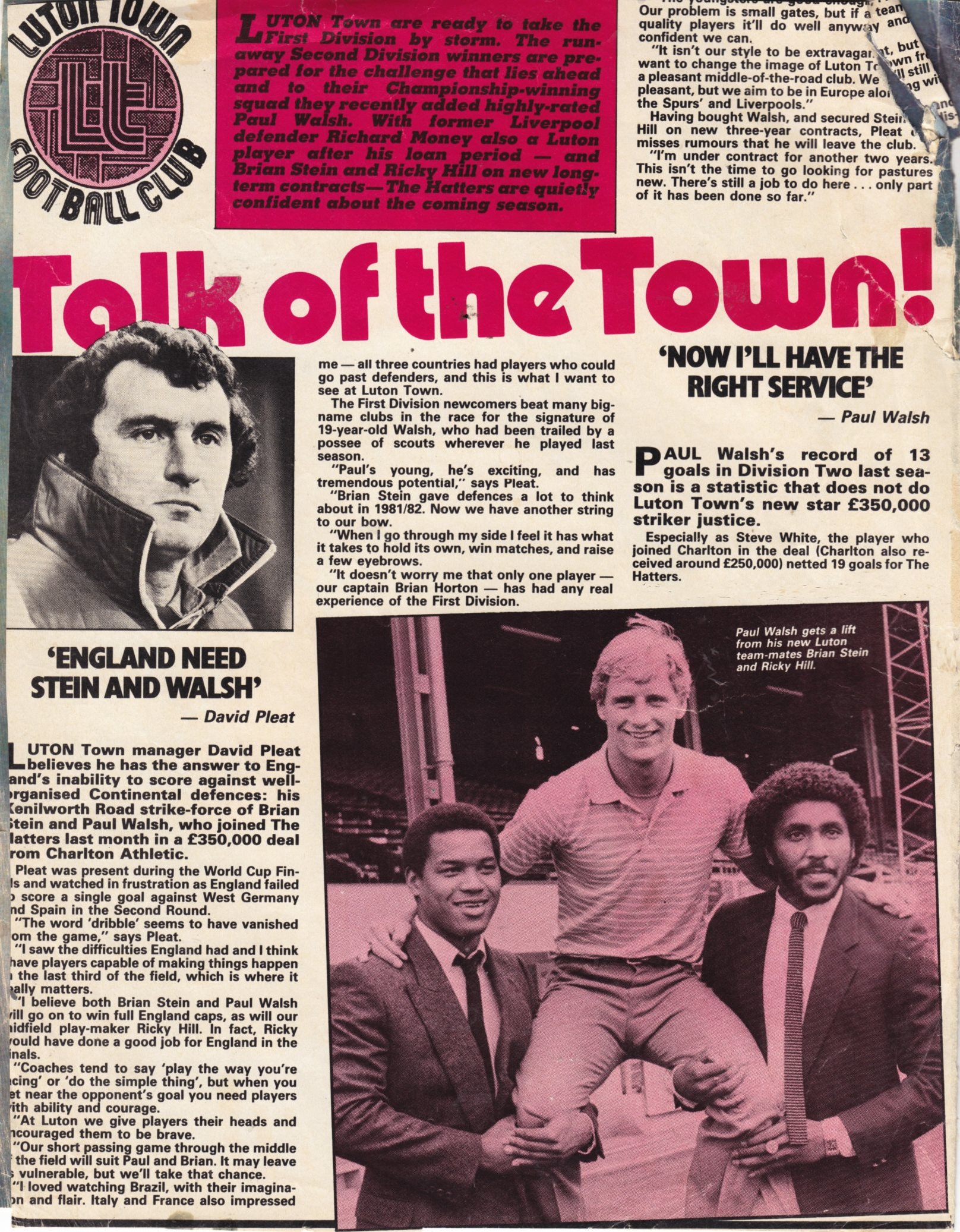 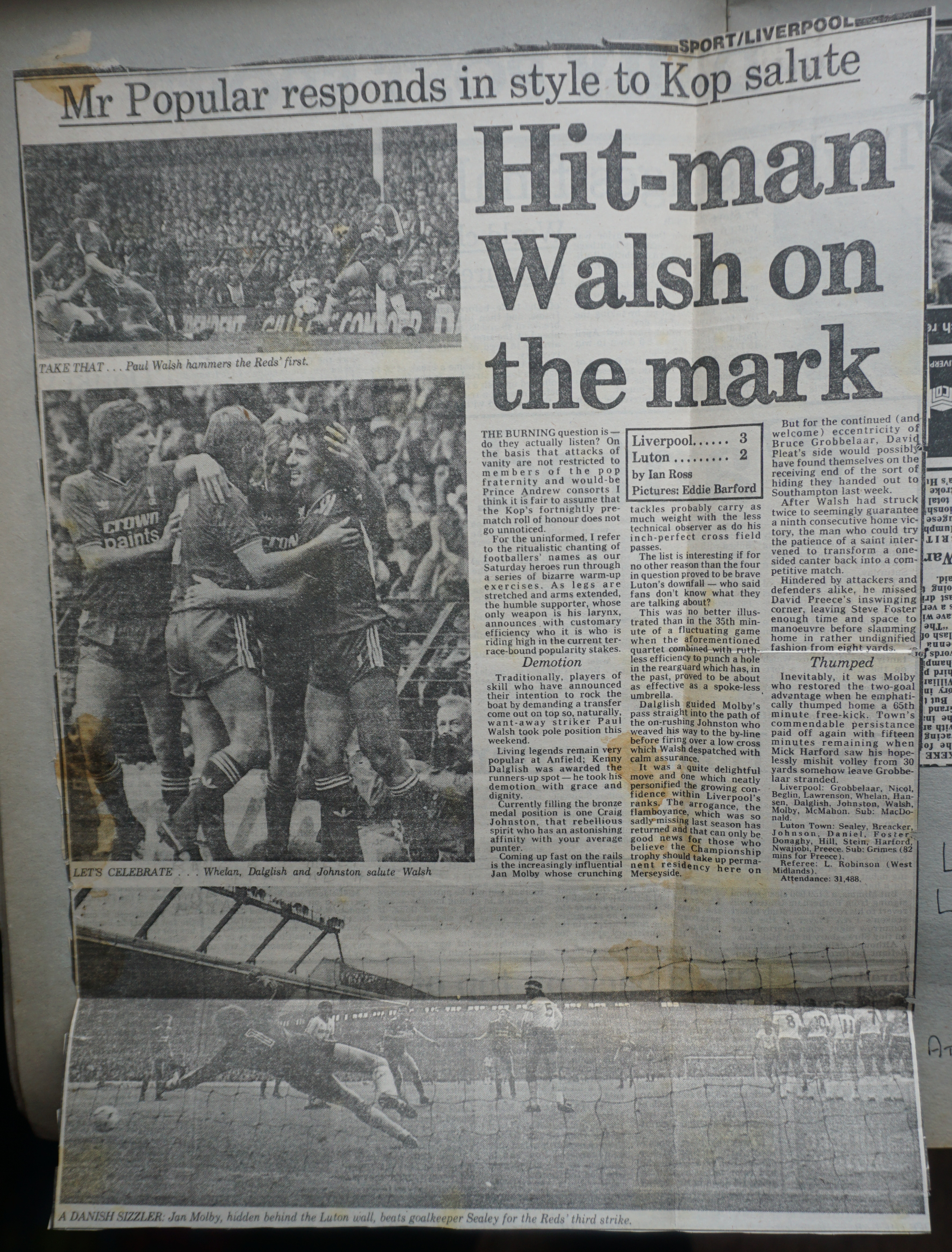 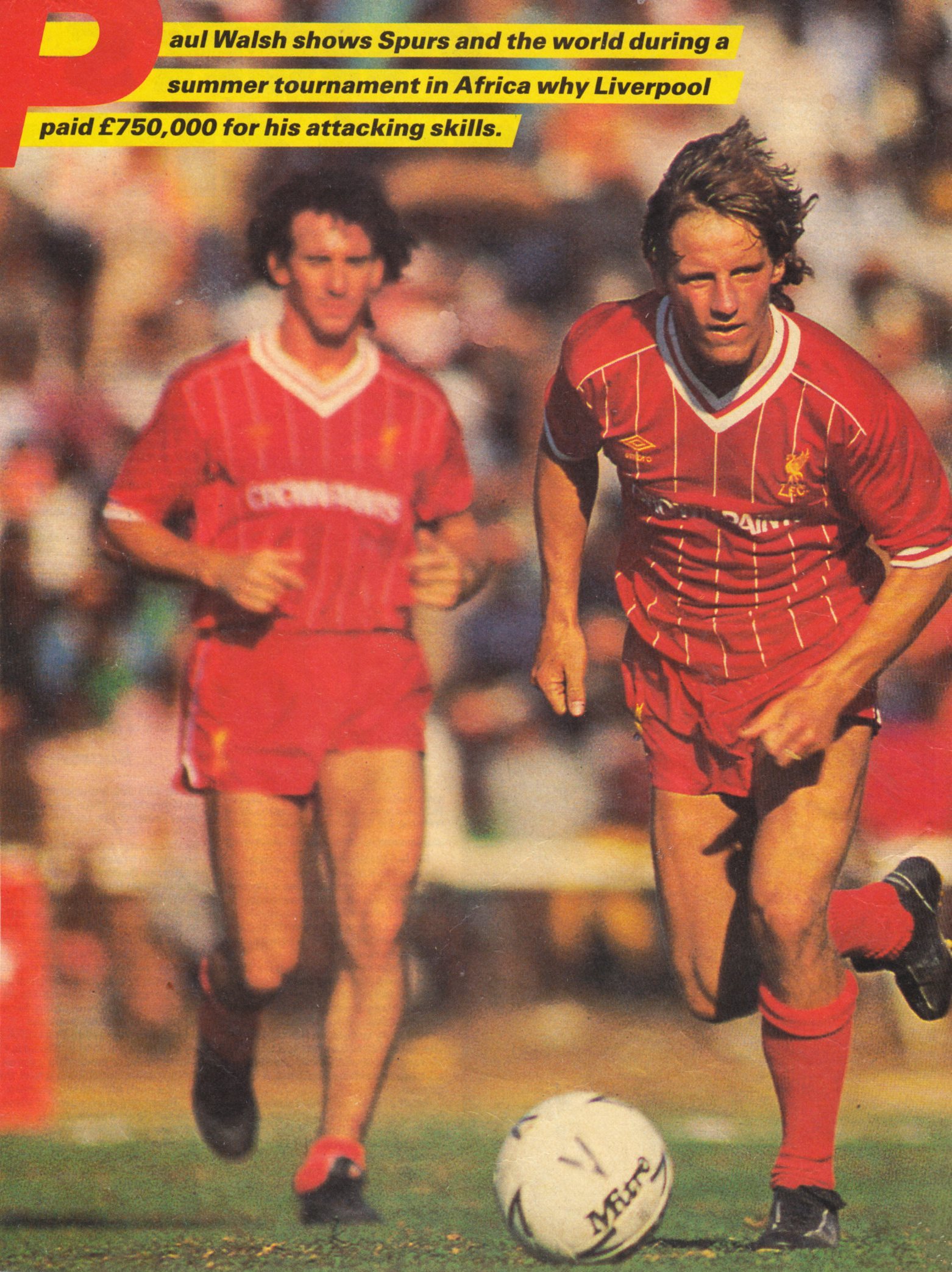 Walsh shows his skills in June 1984 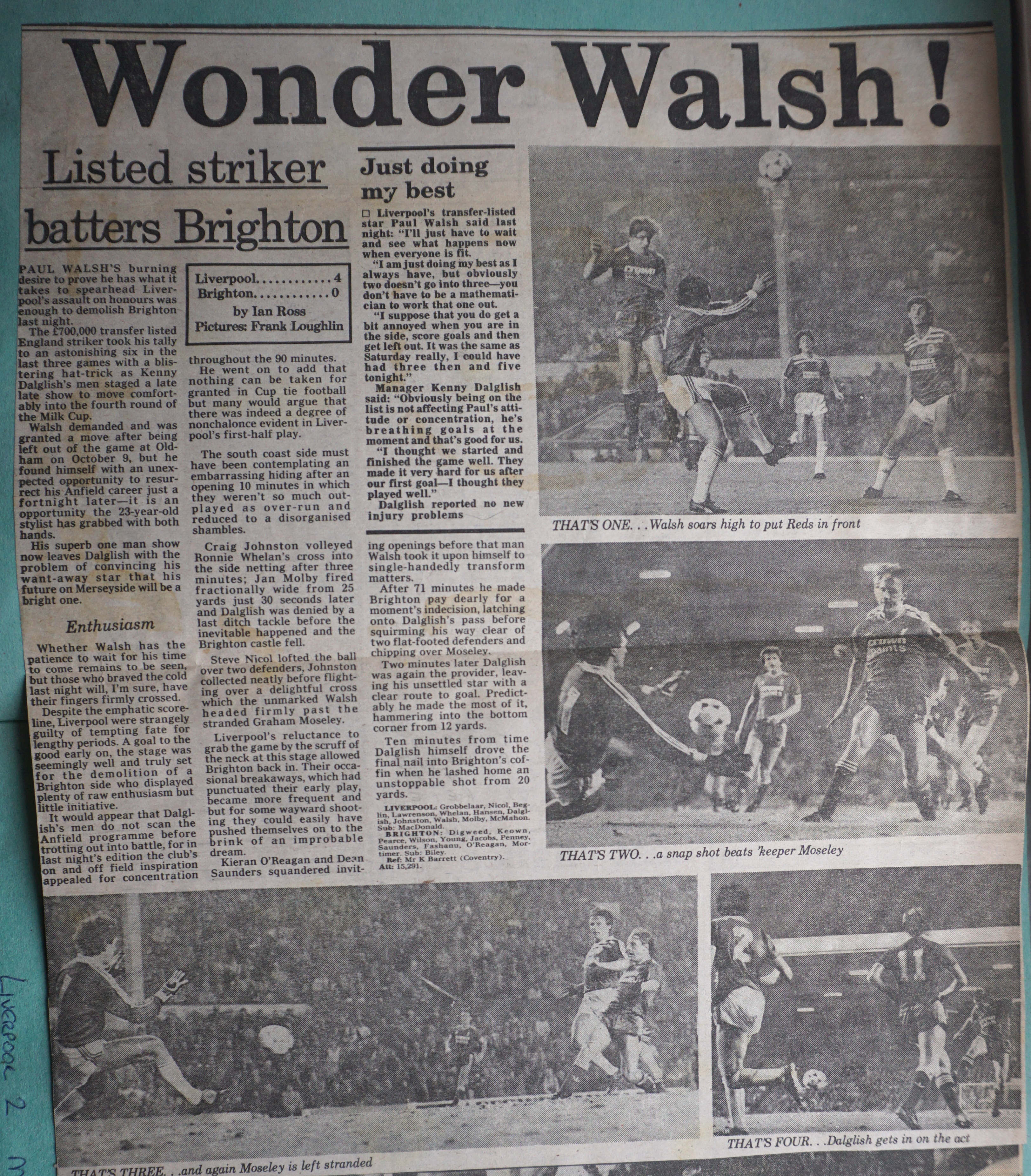