Willie Stevenson had been ousted out of Rangers by the signing of legend Jim Baxter and spent a few months in Australia, but didn’t get clearance to play down under. When he returned to Glasgow, Shankly outbid Preston for his services. He was the dressing room joker and a big favourite with the fans. When Kenny Dalglish went on trial at Liverpool at 15 years of age he became the victim of Stevenson’s humour. Dalglish asked for Stevenson’s autograph when the players were relaxing in the changing room. “I went to Billy Stevenson and said: ‘Would you please sign this, Billy? He said: ‘No’. As I walked away all the players burst out laughing. Billy was only kidding.” Stevenson arrived on Merseyside in October 1962 and took over the left-half spot from Tommy Leishman. Liverpool consolidated their first division status after eight years away by finishing eighth and then, with one of the most settled sides in the club’s history, took the Championship a year later.

Liverpool had reached the semi-final in the FA Cup in 1965 and were leading 1-0 with just over ten minutes to go when the Reds were awarded a penalty. Liverpool had missed six penalties in a row, Tommy Smith and Gordon Milne being the latest culprits, and it would need a brave soul to step forward. “Suddenly Billy Stevenson stepped forward. Casually he picked up the ball and placed it on the spot,” said Ian St John who was impressed by his compatriot’s courageousness. “No one said anything despite the fact that he had never taken a penalty before. With his belief that he was a little bit better than the rest of us, propped up by his liking for fine suits and the best cognac, he might have been saying, ‘Step aside, you peasants and let me do the job.’ No one complained or challenged his decision. It came to him that he couldn’t really miss and nor did he.” Liverpool reached the final and the FA Cup finally made its way into Liverpool’s trophy cabinet for the first time.

Stevenson was a skilful midfielder with an eye for a sensational pass. He won a second League Championship medal in 1966 but suffered great disappointment when Liverpool lost to Borussia Dortmund in the final of European Cup Winners’ Cup at Hampden. “We should have won that game but on the night we were awful. All us Scots had all our families and friends there,” Stevenson said. “I was so disappointed that in the shower room I picked up my medal and hurled it through the window. It must have fallen somewhere in the car park below.” LFChistory.net asked St John about this incident to which the Saint replied quick as a flash: “He spent years looking for that medal!” Stevenson was also a regular member of the side in the first few exciting years of European club competition which complemented his passing style and poise. When the 1967/68 season opened it was Emlyn Hughes who had taken his place. Stevenson was only picked once more for the first team, in a home fixture with Wolves on 25 November 1967 in which he scored with a late and decisive penalty. Still only 28, he was far too good a player to be languishing in a reserve team and he accepted Stoke City’s offer in December 1967. Stevenson made 82 league appearances for Stoke before returning to Merseyside with Tranmere.

"I went to Billy Stevenson and said. 'Would you please sign this, Billy? He said: 'No'. As I walked away all the players burst out laughing. Billy was only kidding."

Dalglish asked for William Stevenson's autograph when he was on trial at Liverpool age 15.

"We should have won that game but on the night we were awful. All us Scots had all our families and friends there. I was so disappointed that in the shower room I picked up my medal and hurled it through the window. It must have fallen somewhere in the car park below."

"Without a doubt, Peter Thompson. He was awesome and the things he could do, half the time he didn’t know himself what he was doing. He had such pace and ability on the wing."

Willie Stevenson on the best player he ever played with, Peter Thompson. 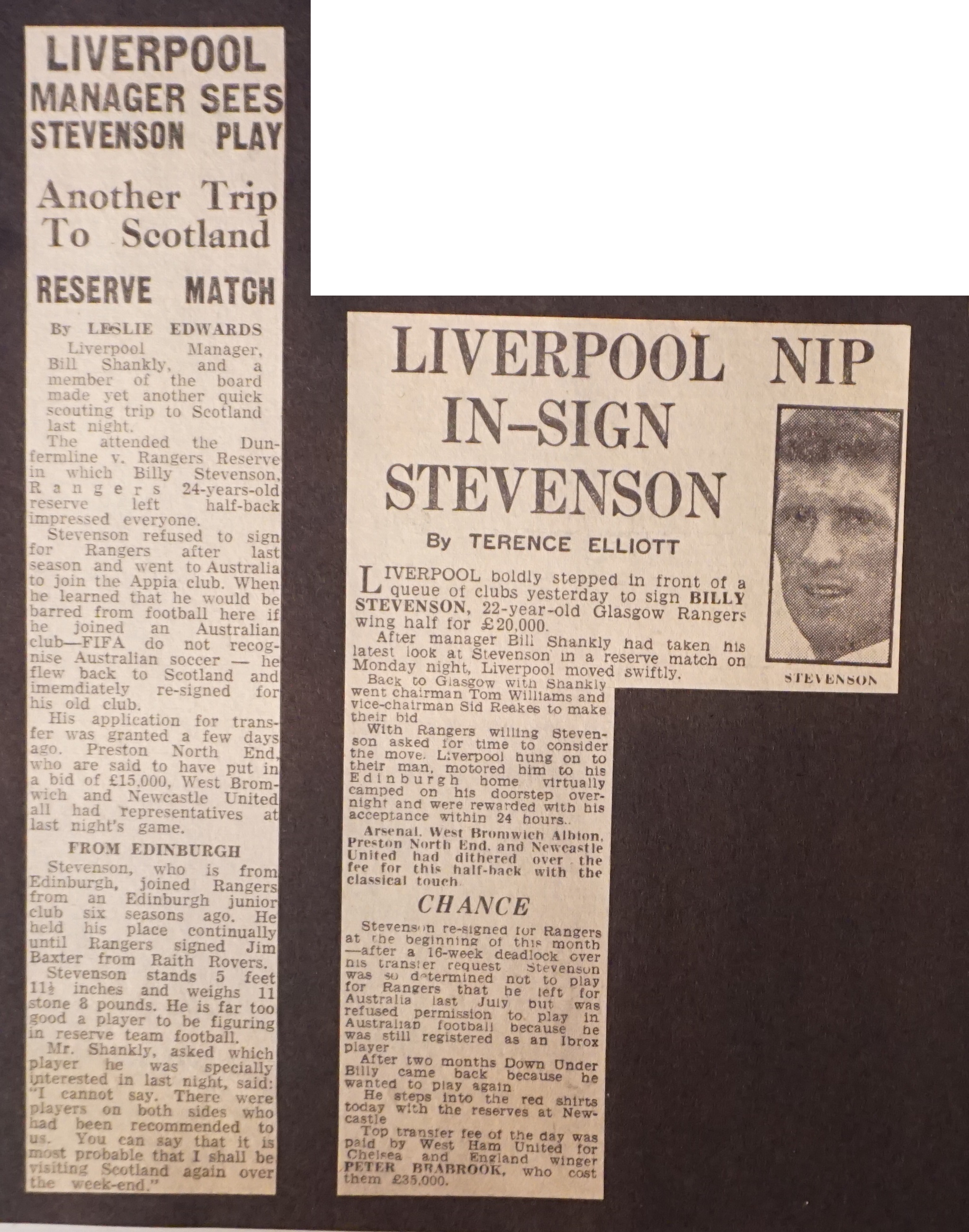 Liverpool nips in to take Stevenson 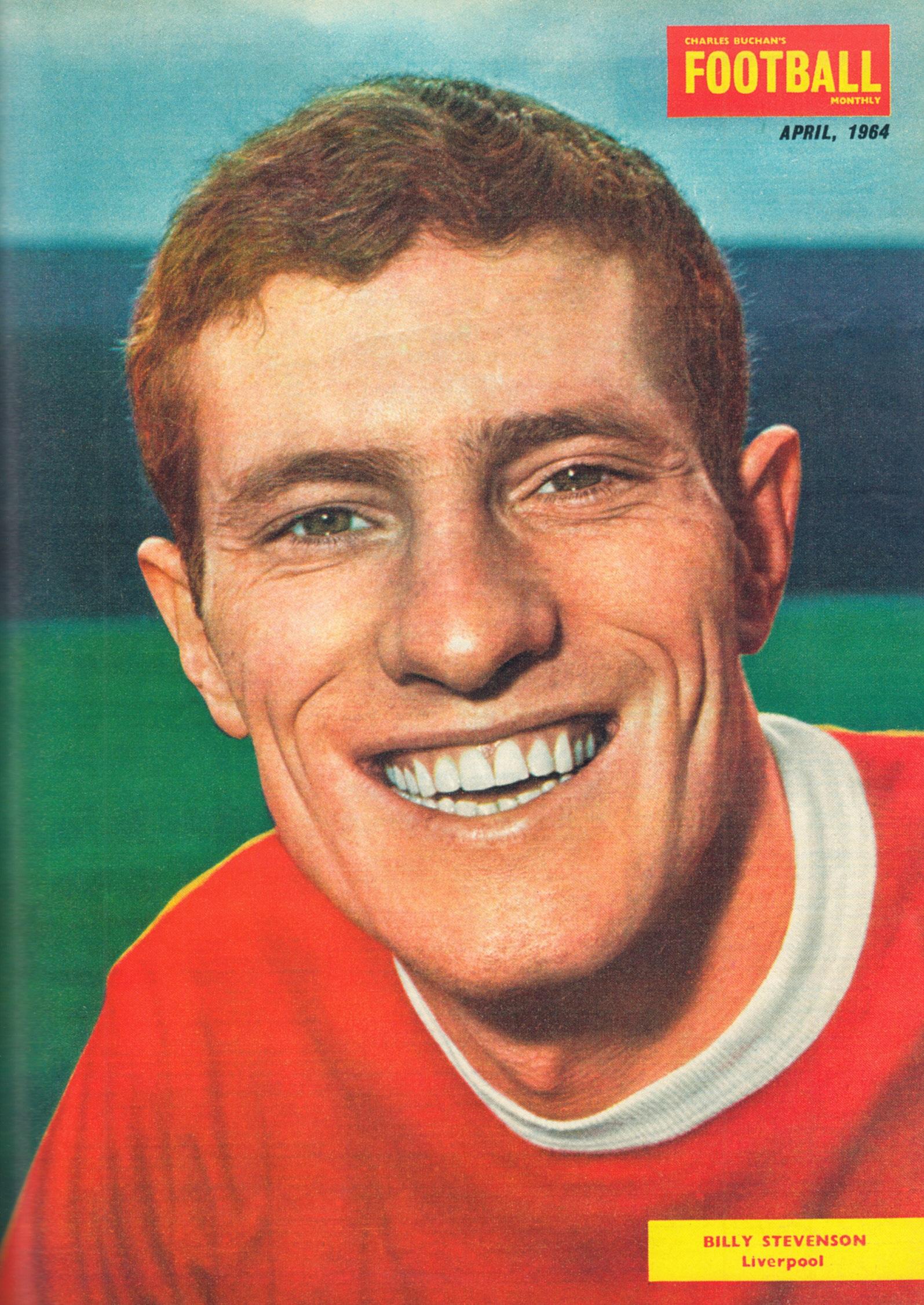 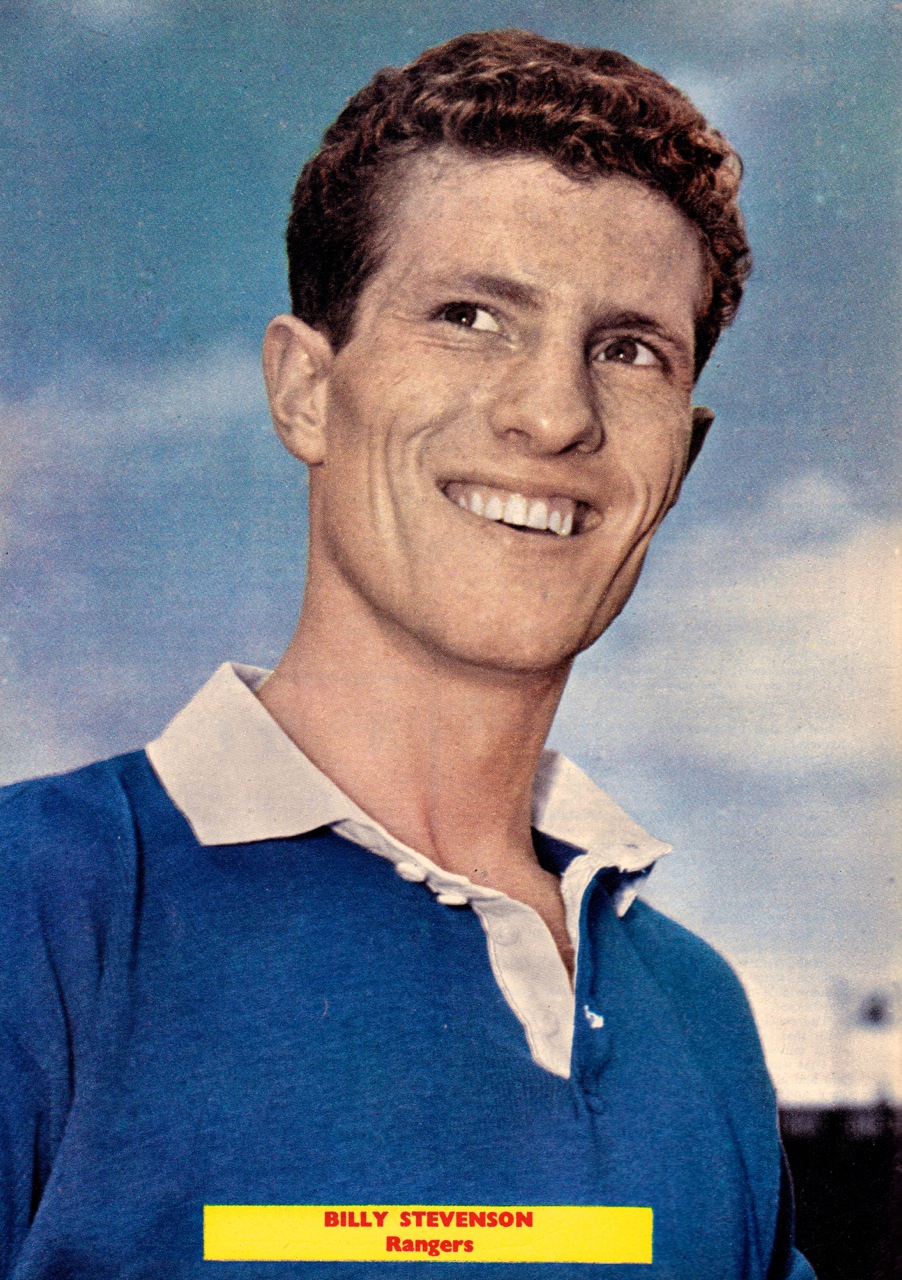 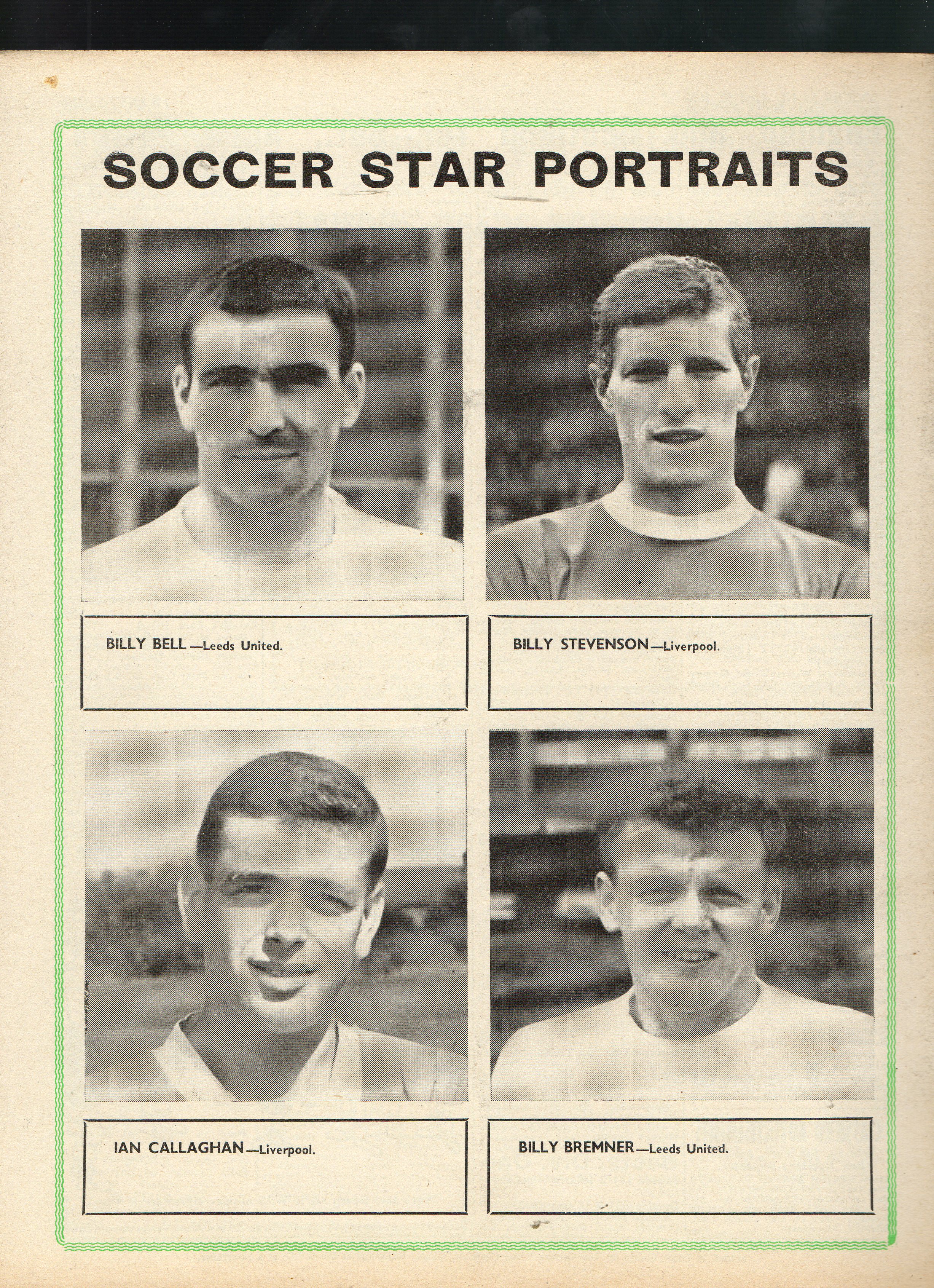 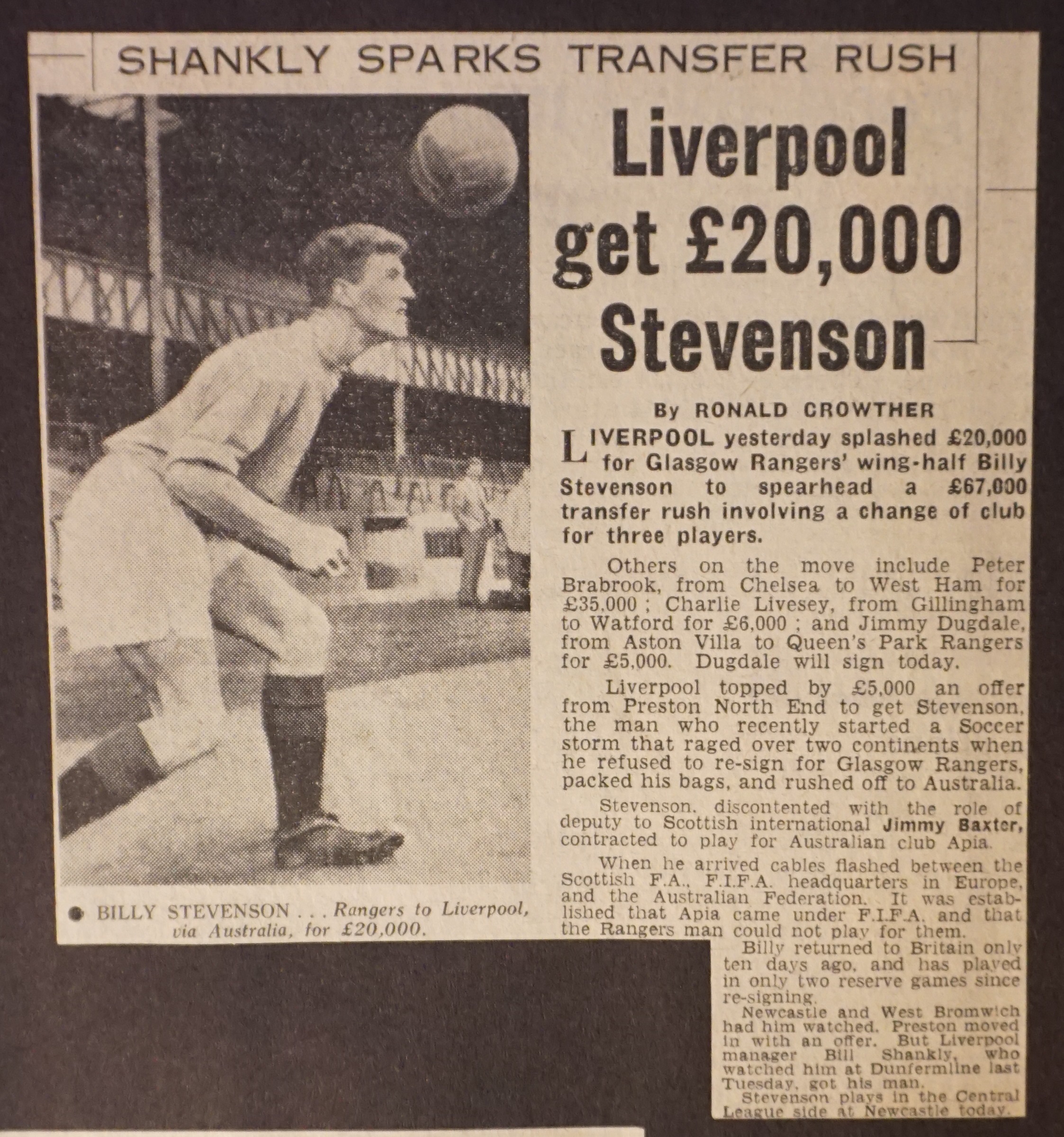 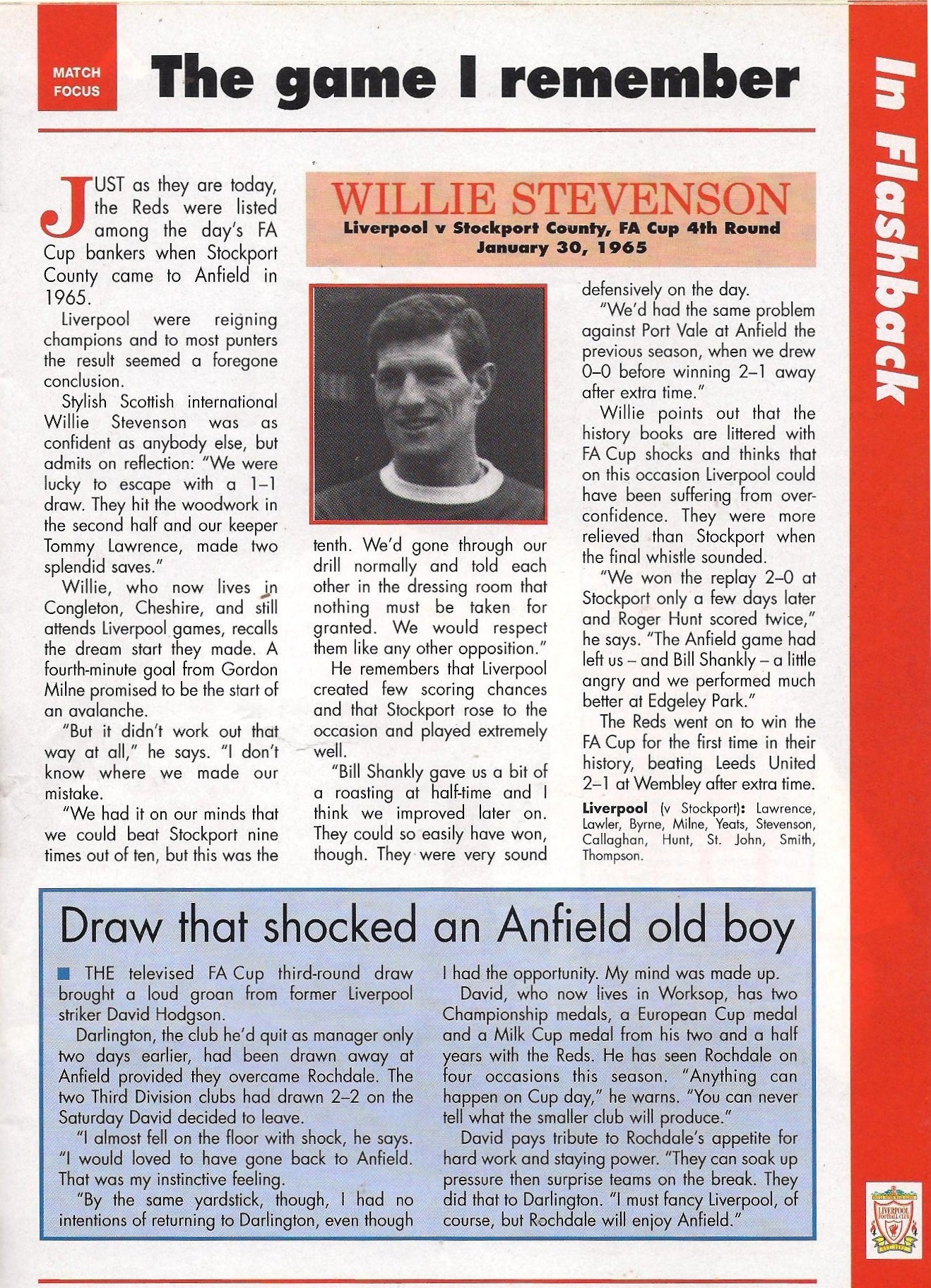 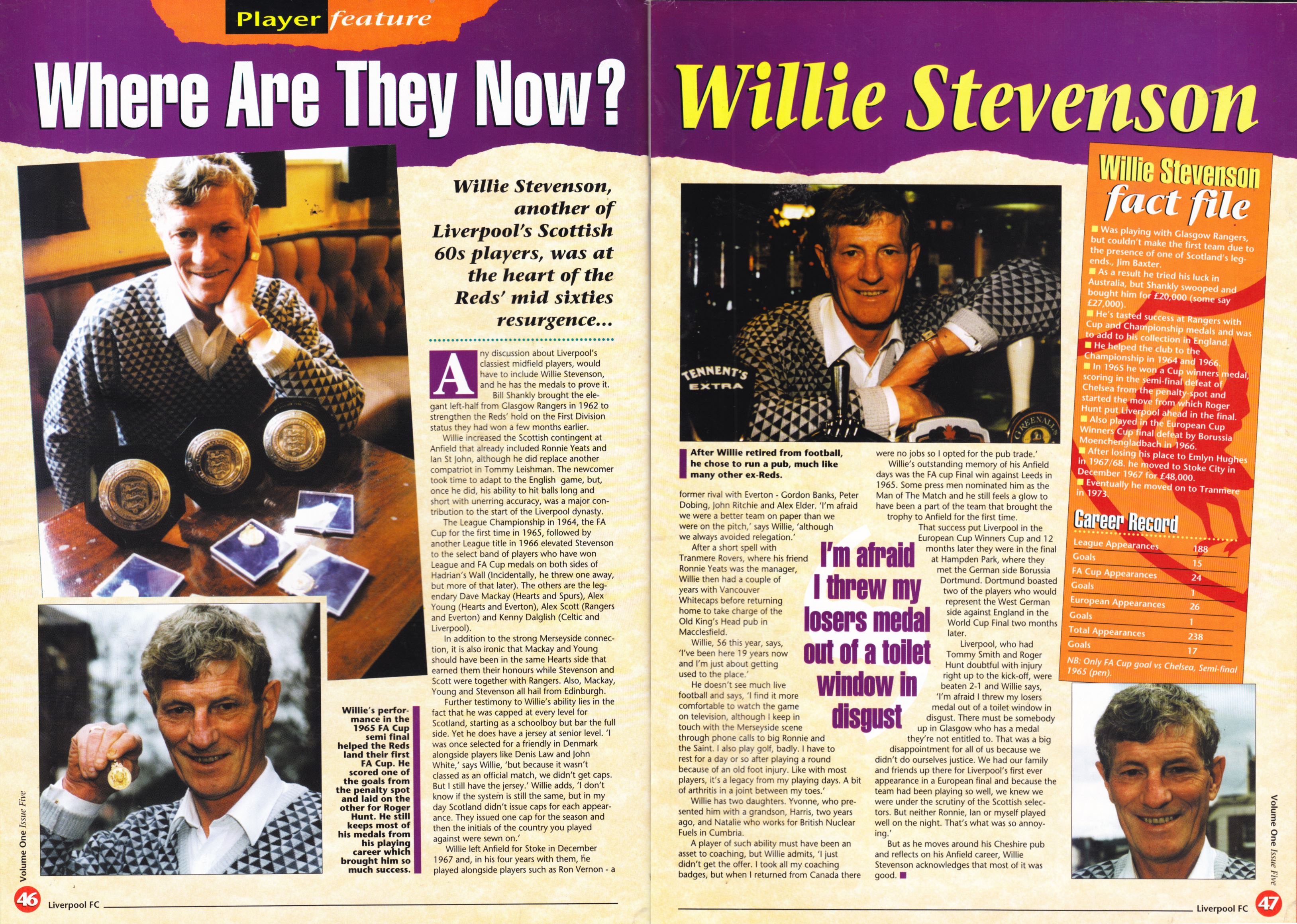 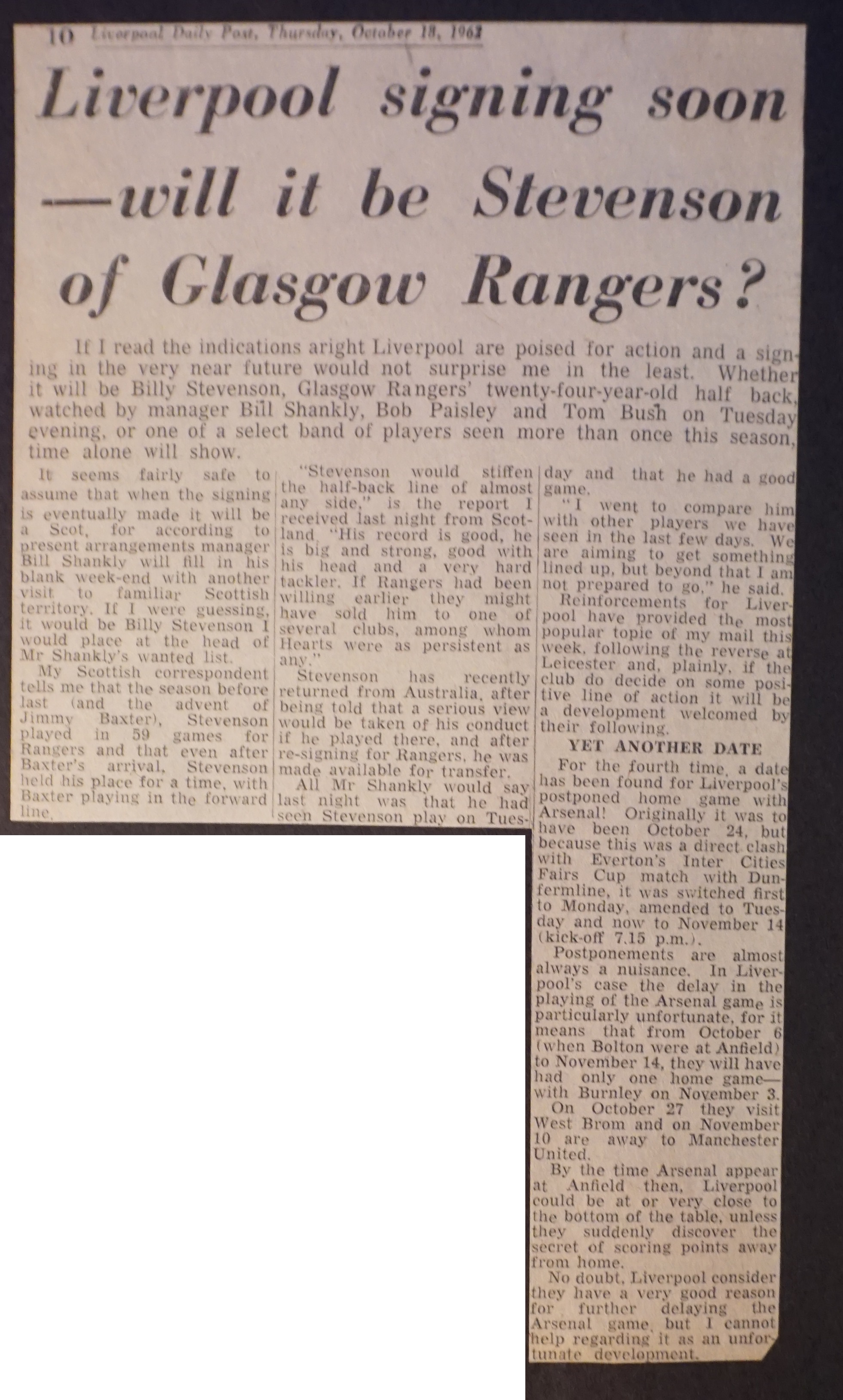