The Irishman's versatility proved useful for Liverpool as he could play in a number of different positions. Although "Stan" played as a left-back more often than not, he actually struck a second-half hat-trick when replacing Ian Rush in a League Cup tie against Wigan in October 1989 and even made a brief starring appearance in goal in a Merseyside derby ten years later when Sander Westerveld was sent off a few minutes after Liverpool had made their third and final substitution. Staunton signed from Dundalk in 1986 after a two weeks' trial. The 19-year-old made his breakthrough two years later. Barry Venison and David Burrows had earlier featured as left-back in 1988/89, but Staunton made the position his own in the last three months of the season. He started 22 matches in the following campaign when Liverpool won the title, usually selected when players were missing throughout the team. In 1990/91 Staunton had his longest stay in the team as Dalglish resigned and Souness arrived. Unfortunately for Staunton, he became a victim of the rule restricting the number of non-English players at each club. Souness decided unwisely the defender was dispensable and sold him to Aston Villa in August 1991. Staunton subsequently developed into one of the best left full-backs in the country.

Once Roy Evans had taken over at Anfield in 1994, Staunton was linked with a return to Liverpool almost every single year. Finally, when he arrived in July 1998 he had obviously left his best years behind him at Villa. Experienced though he was as a man who would represent Republic of Ireland over a hundred times, he was used only sparingly in Houllier's first full season in charge in 1999/2000. In the following season, he appeared only twice for the first team, both times as substitute. Two weeks after his final appearance away to Olympiakos in the UEFA Cup, Staunton returned to Villa Park and appeared regularly for Villa for another two years before ending his playing career with spells at Coventry City and Walsall. His final game as a professional footballer came on New Year's Eve, 2005.

In January 2006, three days before his thirty-seventh birthday, Staunton was surprisingly named as Brian Kerr's successor to manage the Republic of Ireland's full international team. It was quite a shock as more high-profile candidates had been mentioned and "Stan" had only had a brief spell as assistant coach at Walsall on his c.v. The Irish had failed to qualify for the World Cup in Germany in 2006 so Staunton's short-term aim was to ensure qualification for the next European championship finals in 2008. Despite another qualification failure under Staunton refused to resign, but matters were taken out of his hands by the Football Association of Ireland in October 2007 and he was replaced as international manager by Don Givens, who took over as temporary manager until a permanent replacement to Steve Staunton was unveiled in Giovanni Trapattoni. Staunton has since served as Gary McAllister's assistant at Leeds United in 2008 and had a disastrous spell as boss of Darlington that he had to prevent dropping out of the Football League and into the Conference. It was a task that proved to be too much for the Irishman. After only five months in charge, Staunton was dismissed in March 2010 after Darlington's twenty-sixth league defeat in 32 matches.

Article from the Guardian on 10th January 2006. 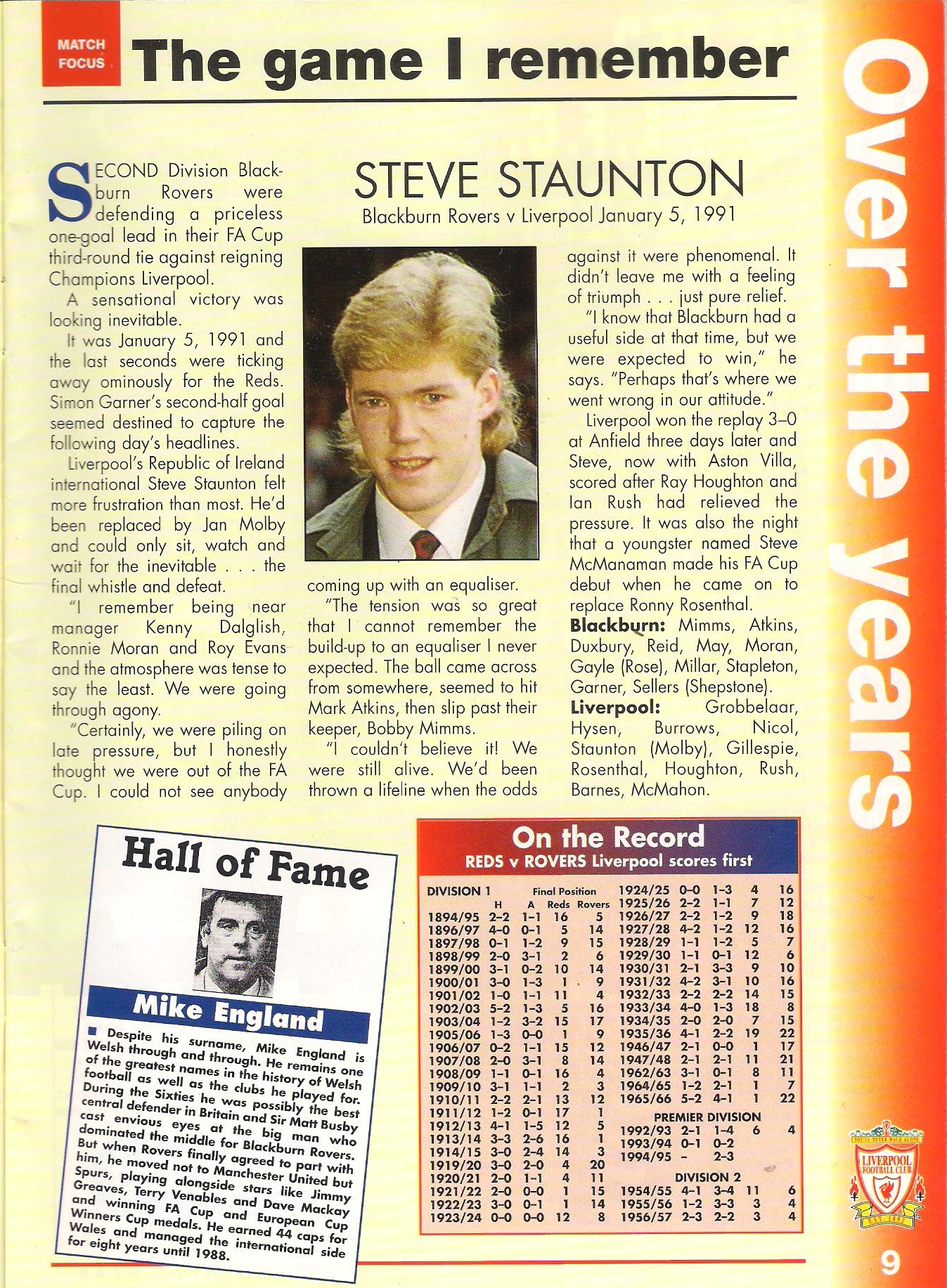