Tough guy Leishman excelled in the Second Division but was surplus to requirements when Liverpool made the step up to top-flight football. Leishman was a Scottish left-half who arrived at Anfield as a 22-year-old from St. Mirren in November 1959. He figured in 15 of the last 19 League matches of the 1959/60 season and became a regular member of the side for the next two years, missing only three League fixtures during that period. He was a vital part in Shankly’s 3-3-4 masterplan implemented in the 1960/61 season after a terrible start to the campaign. He moved inside-left Jimmy Harrower back as a semi half-back thus drawing his opposing half-back out of place and from his position playing either Tommy Leishman or Johnny Wheeler as they moved forward supplying the drive and support which the forward line so badly needed. Liverpool finally climbed back into the top division after winning the second division title by eight points from Leyton Orient in 1961/62. Leishman only missed one League match and Shankly noted that "Tommy Leishman had settled down and having mellowed in his game was playing extremely well." Leishman proved inadequate for the top-flight and was soon replaced by his compatriot Willie Stevenson.

Unique Programmes: The Beginning of the League Cup.

Although Liverpool were late developers in the League Cup we have certainly made up for lost time – winning it a record seven times since its inception in the 1960-61 season. 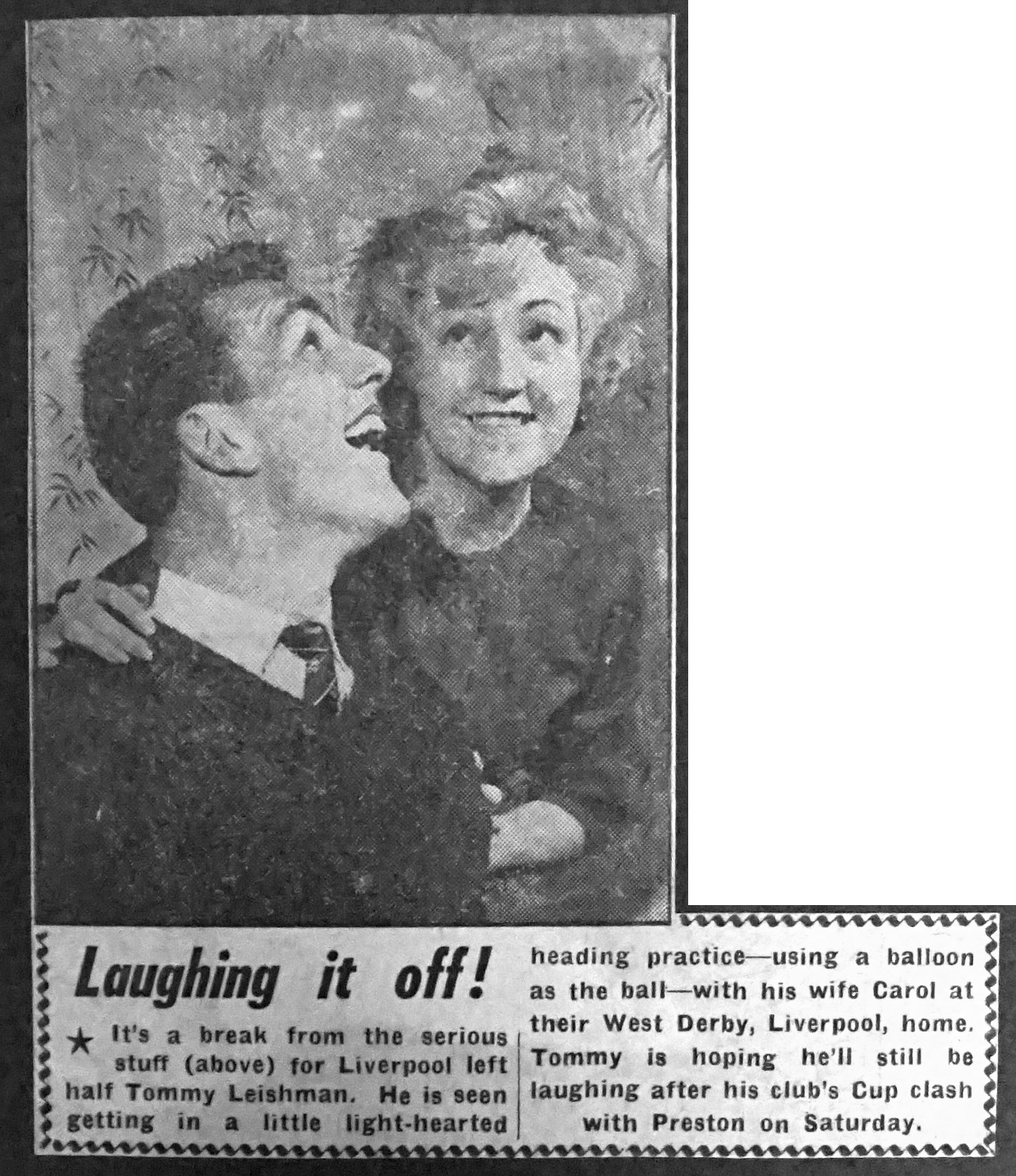 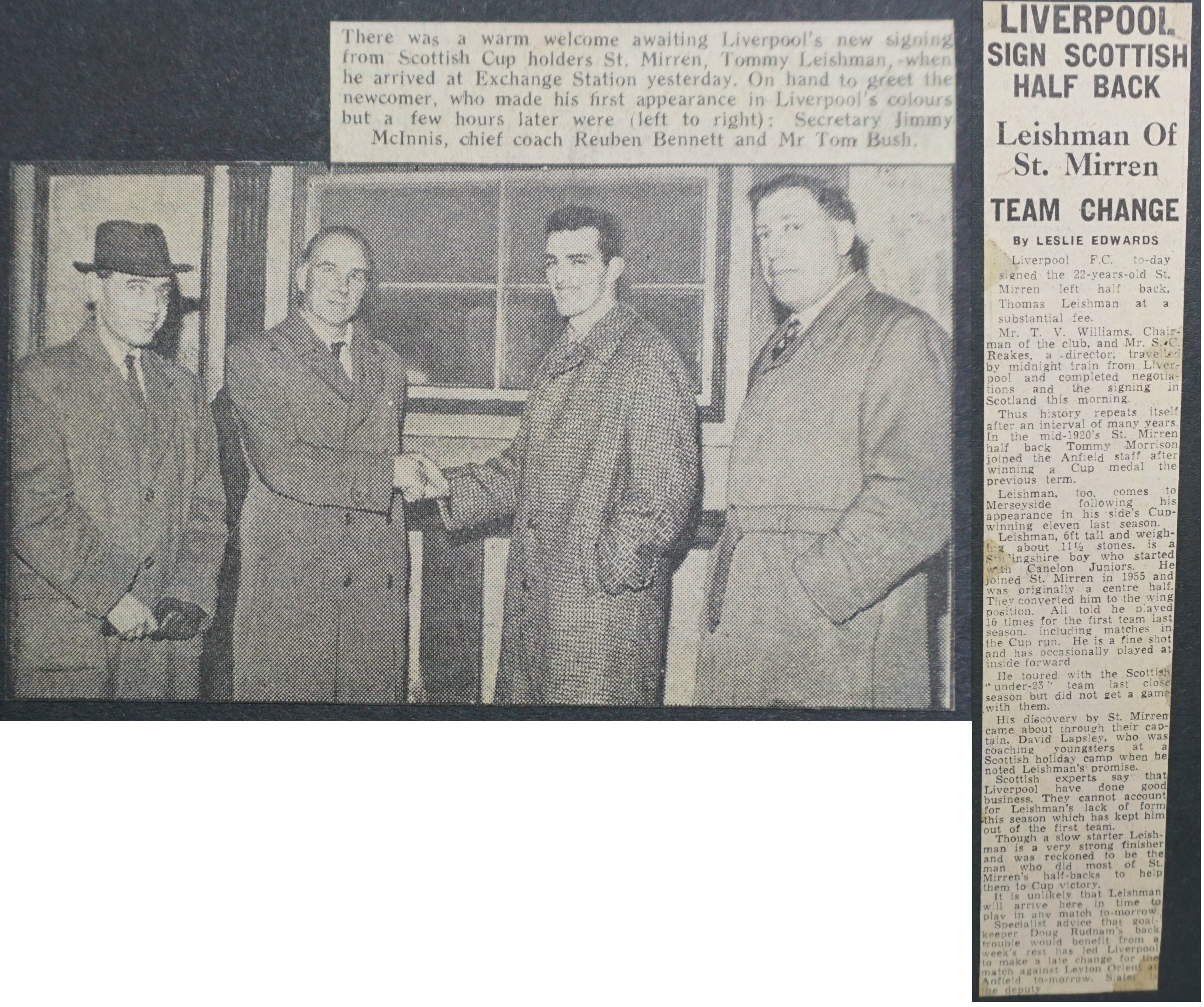 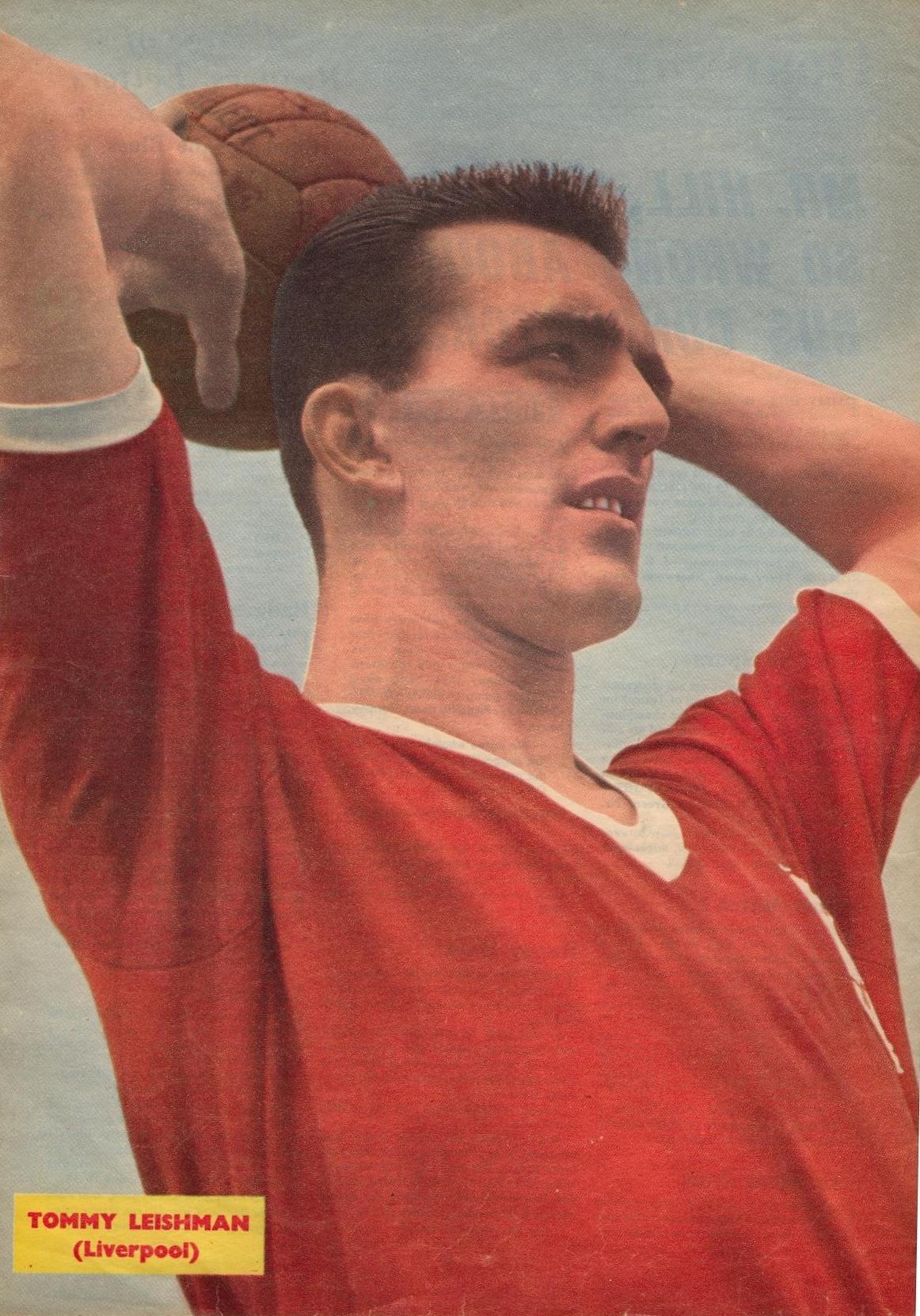 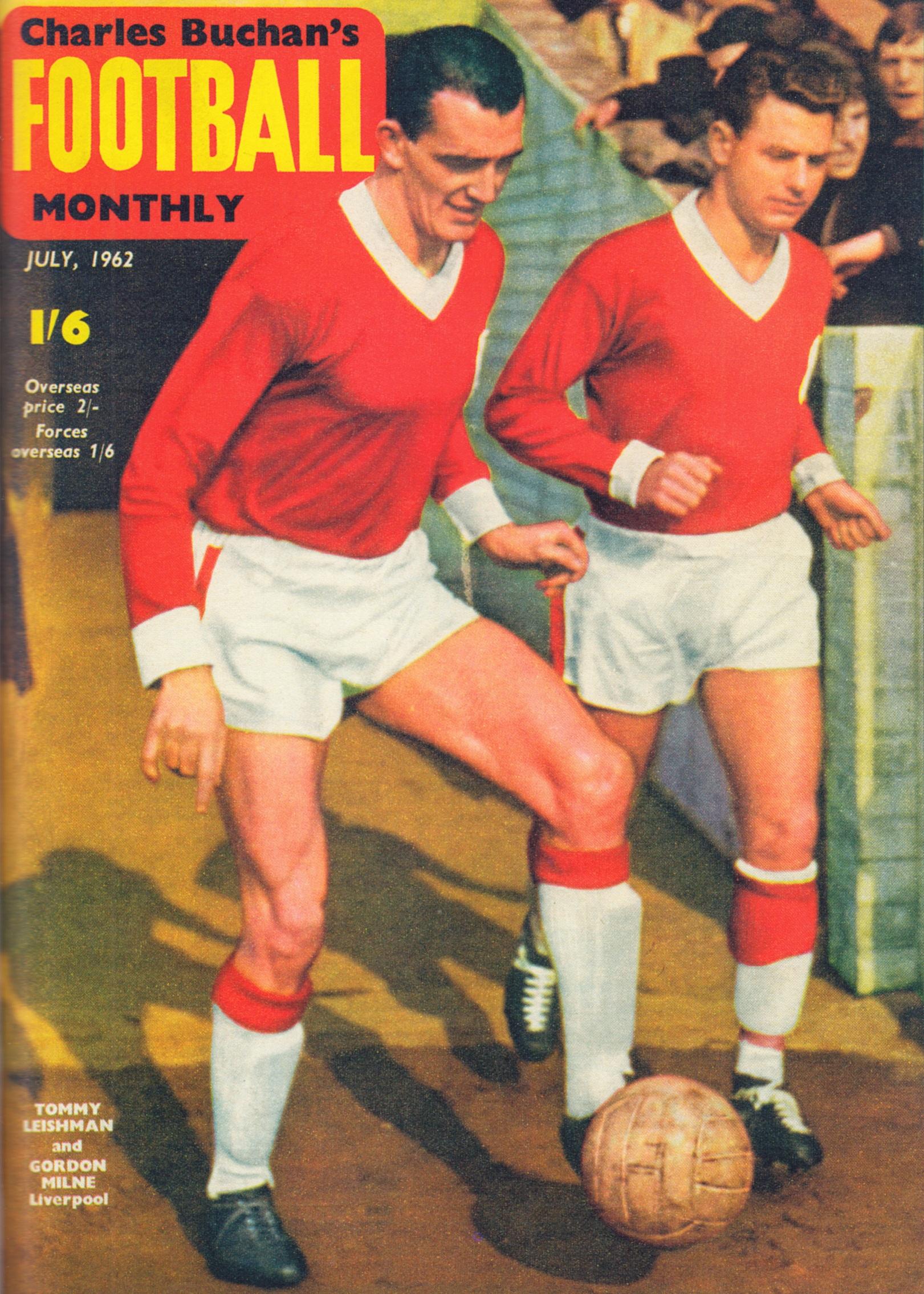 Tommy Leishman on the cover of Football Monthly July 1962 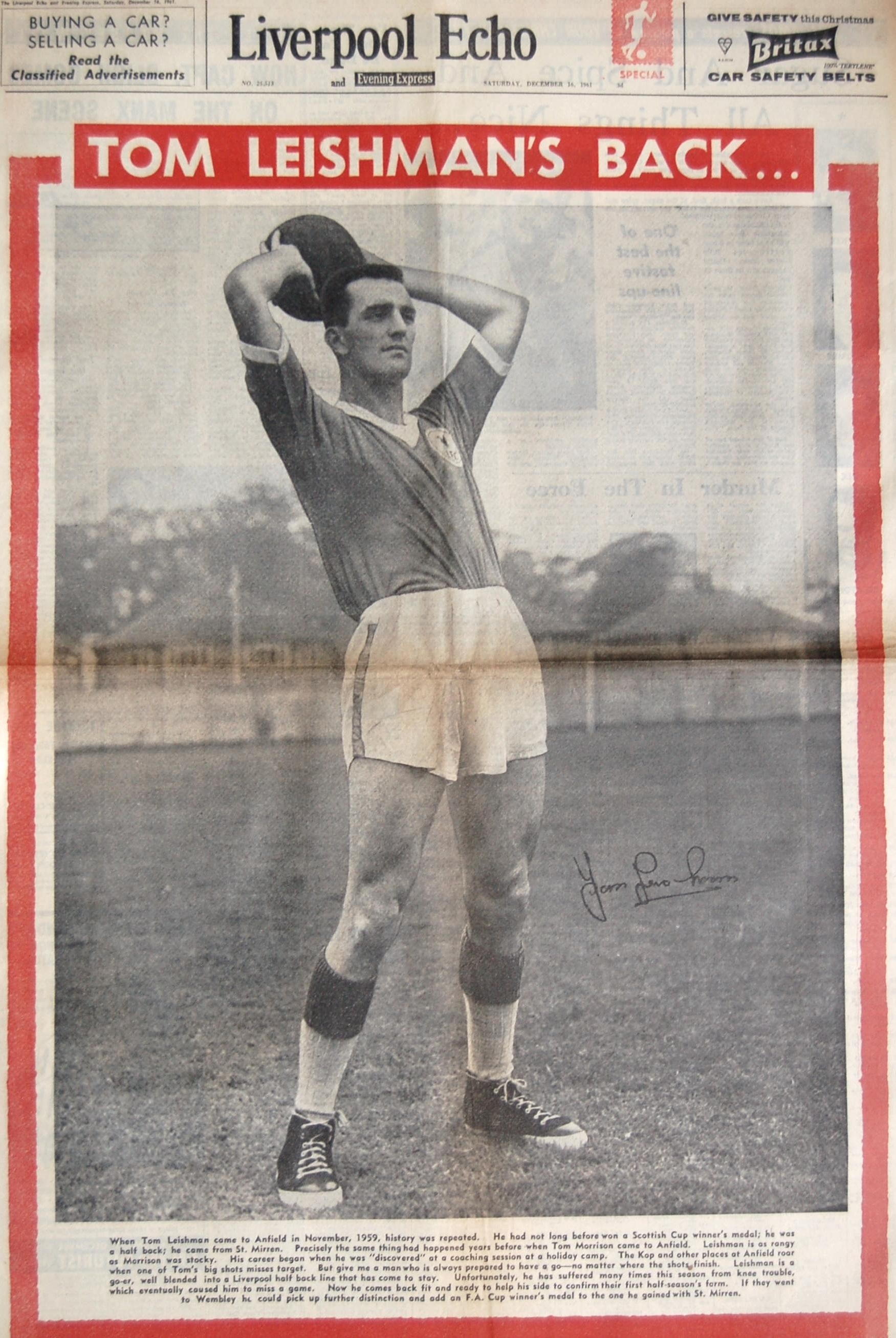