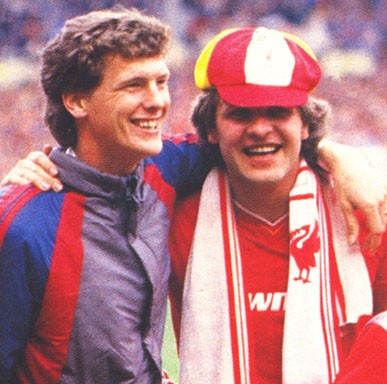 Who was the craziest guy at Liverpool?

Bruce Grobbelaar. He was just crazy at everything. He used to jump over cars, lift cars. Especially when we arrived at Fulham we couldn’t go around the corner with the coach. If there was a car at the corner, Bruce used to go out and lift it and move the car. He was fantastic, but crazy. A very strong man.

What about the accusations of his match fixing. Do you think there’s any truth to that?

He’s been to court three times and found not guilty twice so we don’t need any more evidence. The unfortunate thing is that mud sticks.

How did you feel at Liverpool after you took that six week break in the 1987-88 season?

It was always difficult because everybody was looking at you. It’s the most difficult time of my life. It’s something that I am not proud of but it happened. I can’t deny it, but it wasn’t fun being there and wasn’t fun coming out. It took a long time to get back to daily routine because you always felt people were looking so that was an extremely difficult time.

Did the people at the club back you up?

The manager certainly backed me up. I don’t feel the club did as much as they could have done. I know I did wrong. I was away for 45 days and I didn’t know what was going to happen. They only only sent me a letter saying they had fined me two weeks wages. I felt that wasn’t a problem, but I came out and still didn’t know what was going to happen. But they had a meeting and the manager spoke on my behalf and said ‘If we decide to sack Jan or sell him we need three men to replace him.’ I think the board then decided that that we better keep you.

Was Dalglish the only one who backed you?

The two main people obviously who made the decision was the chairman John Smith and the chief executive Peter Robinson. I always had a good relationship with them. I think they wanted me to realize how serious the problem was. I have to be honest I don’t think they ever really seriously considered getting rid of me but maybe that’s me reading between the lines. 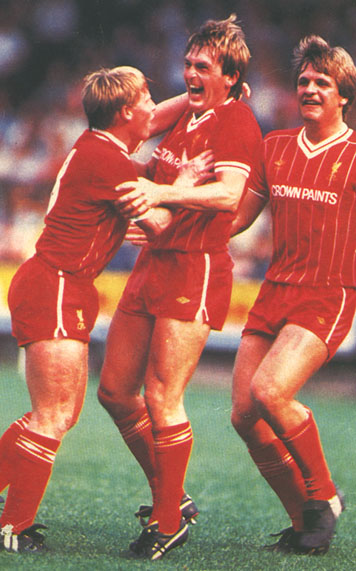 Roy Evans didn’t seem to be flooded with offers he resigned at Liverpool. Always found that strange considering his enormous experience?

It’s always difficult to say no, isn’t it? When he was offered the job he should have done what Ronnie Moran always did, say no. But you could understand. He had been there for so many years and probably felt he was ready.

Did they offer Ronnie Moran the job after Dalglish’s resignation?

Yeah, yeah, in 1991. They always wanted continuity. In hindsight it’s always easy but I don’t think Roy should have taken the job. It was a big job. It took a long time for people to realize what a difficult job it was to be manager of Liverpool and how far behind they had falllen. It wasn’t something that could be put right over six weeks.

We knew that the team needed new players. I remember when Kenny Dalglish resigned in ’91 we were top of the league and in the fifth round of the FA cup facing a second replay against Everton. When we came to the ground that morning there were a lot of reporters and we thought we had signed somebody. That’s was what we needed. We needed to sign one or two good players and we would have been ok. But obviously it wasn’t. Everybody was there because Kenny had packed it in. 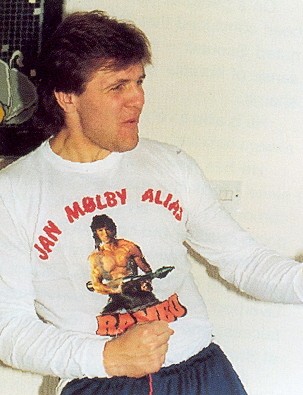 You reckon he could have got the players?

Finally, we contacted Ian Rush to have his say on his old mate, Mølby.

Jan Mølby was a fantastic player. I roomed with him for four years at Liverpool and he’s my best mate. Him and Ronnie Whelan were my best mates at Liverpool. I got on really on with Jan and still do now. He’s a big fellow, but when you have got as much skill as Jan Mølby you don’t need to run around a lot.