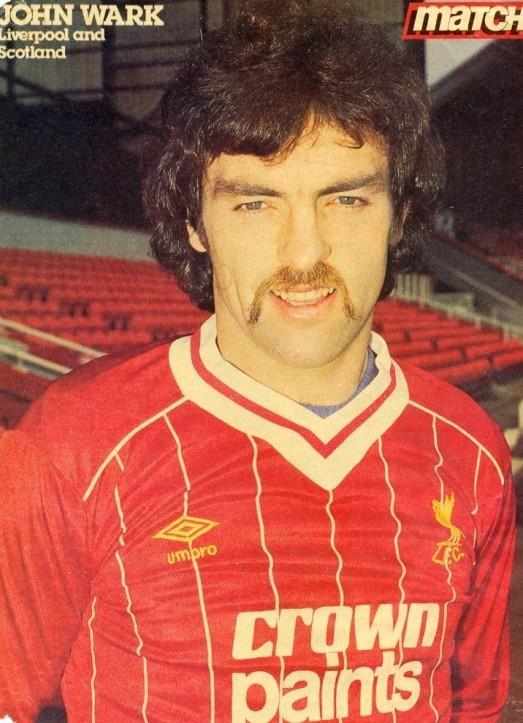 How many times have you heard it said that goalscoring is all about being in 'the right place at the right time. Most footballers know where the right 'place' is, but relatively few can sense when the time is 'right'. John Wark has great timing. You could set your watch by him. Bobby Robson often uses an old expression to describe instinctive goal poachers. He calls them 'Johnnies on the Spot'. I'm sure he coined the phrase after watching Johnny Wark arrive 'on the spot' time after time during their days together at lpswich.

John is like a magicians apprentice in reverse. Instead of 'now you see him, now you don't.... it's now Wark is nowhere to be seen, now he’s scored!'. He has you wondering whether or not he has access to a secret network of tunnels under the pitch. He just pops up through a trap door beneath the penalty spot, leaving defenders looking at each other saying, 'where the heck did he come from?'

In 1980, Terry McDermott became the first Double Footballer of year. He scored 14 goals from midfield in an exciting season which saw us win the league and reach two Cup finals. John knocked in 27 in his first full season for us outscoring even Ian Rush but there were no trophies and no awards.

There are a lot of similarities between them. John has never had Terry's power of shot, anymore than Terry would have headed as many goals as John does. But the common denominator is a striker's goal return from a midfield position. In truth, if their scoring records were no better than average, you would not be getting your money's worth from them. Injuries have hampered John’s progress at Liverpool, but not as much as the changing of personnel and shape of the side. He is a perfect illustration of my constant theme about assembling a team of imperfect players who compliment each other perfectly. Unless he is surrounded by team mates who recognise his strenghts and cover for his weaknesses, his special goal scoring ability will go largely untapped. He needs to to be in the right place at the right time!