We were about twelfth in the league in December 1981. One morning we came into training and Joe Fagan said to Bob Paisley: 'Boss, you go down to Melwood. I'm going to have the lads.' Joe Fagan sat us all down at Anfield before we went on the bus to train at Melwood. The boss had gone down in his car. Joe had a go at every single player, to Souness, to Dalglish, to me... He said: 'We've had more meetings in the last month at this club then I've had in seventeen years. Hansen, start heading the ball, Souness, you haven't won a tackle, Dalglish, you should have twice as many goals by now.'

Joe was such as strong man that noone would doubt what he was saying. His finishing words were: 'I've said my piece. We can get on the bus now down to Melwood. I want high tempo in training. At the end of the day we're getting out of this. You're all playing as individuals, start playing as a team. I'm not having another meeting from now till the end of the season.' We went on to win the league. Joe had had enough. He could look at you and cut you in half. You would never mess with Joe. I looked at Smitty, Souness but Joe would take the pair of them. He was such a strength behind Bob. 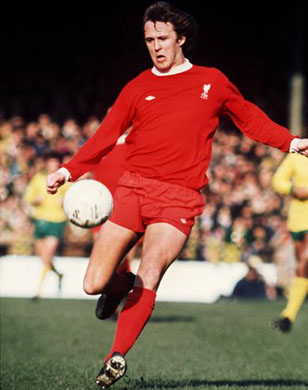 I had been given the job at Northampton. I was 23 when I went to Liverpool. I had 260 odd games for Northampton so I wasn't an inexperienced person by any means. I was given the job of penalty taking because Tommy Smith had missed a couple, Kevin Keegan had missed three or four. It had come to a situation where Bob asked: 'Anybody fancy taking a penalty?' I said: 'If nobody wants them I'll have a go. See how it goes.' It was literally like that. I am still in the early stages where I am enamoured by Ian Callaghan, Tommy Smith and all the people. I didn't say a word for the first three weeks. I got the job and kept it for seven years or so. Most of them went in but I missed some important ones. I missed one on my birthday against Brighton in the fifth round of the FA Cup in '83 at the Kop end.

Of the ones I scored two stand to mind. Obviously the one in the European Cup. That was a fantastic kind of night for our club. We were under a lot of pressure from Moenchengladbach. It´s Kevin's swansong night. He's going to Hamburg. We all wanted him to have a good send-off. When he gets brought down and points to the spot I thought 'bloody hell.' I got a long walk from right-back to pick the ball up. Ian Callaghan rarely says a thing but even he said: 'Nealy, put this in.' You got someone like Tommy Smith who said: 'Nealy, if you miss this I going to fucking break your back.' They were all under pressure. I hadn't even walked ten yards. Now I've got to pick the ball up. Wolfgang Knieb incidentally absolutely towered over Ray Clemence. He was big lanky boy so I thought I'll keep it low. My favourite side was the keeper's left. It's ironic how adrenaline can get to you. Thank goodness it went in off the post.

The other one is when Stevie Nicol jumped ahead in the European Cup final in 84. He jumped the gun and Souness said: 'Let him go. He's nervous, it's his first final. Le him go.' Other than me taking the first one as I was ordered to do by Joe. He misses it and they score their first. So I am taking our second. If this one doesn't go in, we are two down. I am conscious of that. It's even more important than the one against Moenchengladbach because we're going to be back in it or be way down the line. Conte and Graziani missed theirs. Isn't it ironic that Graziani in failing to score went into a mental institution? Pearcy misses for England and gets a contract with McDonalds for hundred grand. Graziani misses one and gets into a loony home.

Those were the two specifics that were the high on wanting to please you people. They were at important stages of our history and I didn't miss them.

The capture of Dalglish

Sir John Smith told me the story how they got Kenny Dalglish. He said: 'Me and Peter went to Celtic one day on the off chance. We asked for two tickets and could we get the board together after the game because we might do some business. After the game they sat me in the boardroom and I knew I had them because they sat me at the head of the boardroom table. Peter was on my right. He started the conversation by saying. 'Peter, who is it we're interested in? What's his name? Rennie, Terry, Kenny Doig, oh yeah, Dalglish. How much do you want for him?' They came back after having a little huddle in the corner. They said 800 and I said: 'Is that pence or shillings?' 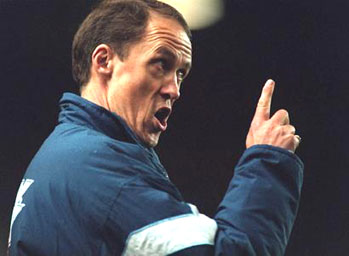 I had a great try at management. I had a fantastic record. I hate to blow my own trumpet. I managed Bolton for six years. I took them to Wembley three times in the lower league cups. I made a profit 5 out of the 6 years I was there. I built a club that when Bruce Rioch and Colin Todd took over they said you left a good disciplined club which was easy to kick-off from. They started to move up the tables and went into a new stadium which they had promised me. I walked. Then I went to Coventry. We finished 11th in the 1st division. I sold Phil Babb. I was the one responsible for getting 3,6 million for him while Kevin Kegan six months before at Newcastle with Terry McDermott tried to get him for 175,000. Terry Mac was on the phone every day before the deadline in March: 'You'll not get another penny more.' I convinced the chairman to leave him until after the World Cup. Phil Babb had a great World Cup and it was a wonderful boost for Coventry's bank balance.

I went to Cardiff to and lifted them. The only time I left a job was with Manchester City. Steve Coppell invited me there, but he resigned within a month and left me high and dry. I was never going to get any support there. My final job was at Peterborough with Barry Fry which initially went fantastically well. I helped the discipline within the club because Barry is not the discipline type really. I'm not saying you're the Ayatollah but you have to have certain rules. I'm pretty satisfied with my managerial career. 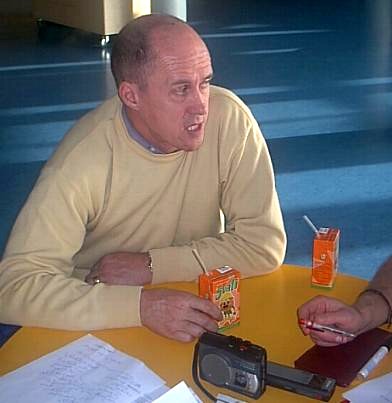 The modern game is stretched from 18 yard box to 18 yard box. There's less shots shots at goal and less excitement for the fans. There's restricted play put on some players, particularily full-backs. That's quite a contrast to when we were given the license. I was number 2 yet I ended up in the European Cup final scoring from the six yard box in general play. Why? Because I was given the freedom if there's an attack and you join the attack you stay with it until it ends. We used to practice that in little games. As soon as it breaks down, run back. We were given the license of expression. There's a curtailing of expression in the modern game. I don't mind my clubs winning with that tactic but we have to be productive.

I'm part of the ex-players committee that raises funds for charity. Doing TV, working at Anfield at every home game in one of the lounges. Corporate stuff. Sky TV as well. Trans world International that is radio broadcast from down in London. I try to fill the days and then play golf when the better weather comes.

Two ligthearted questions in the end.

Do you still oil paint?

Funny, you should say that, yes. I have got the brushes out again. I have two hanging in the house at the moment. They're better than the old ones. I have returned.

Kenny Dalglish said in your testimonial brochure that there was no bigger eater at Anfield than Phil Neal. Are you still a big eater?

Mind you. All I will say is have you seen Kenny's size lately? He's more rounded than I am so I'll just leave it like that.