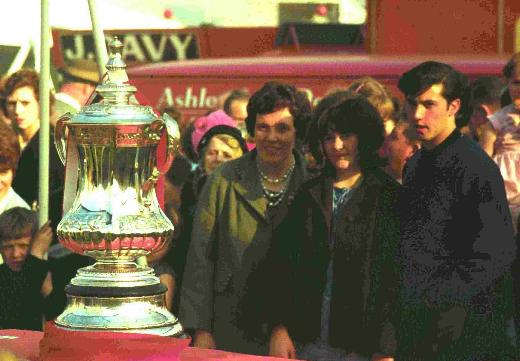 When did Adrian start collecting all things Liverpool FC?

When we beat Everton in the cup in 1955 I was nine years of age and they brought a souvenir paper out of that. That is what really got me interested in collecting the cuttings. My brother also had a scrapbook prior to that. I bought programs at program fairs. I have players' autographs which go back to 1930. I bought Jackie Balmer's collection of stuff. I paid quite a bit of money to a fellow collector who had bought it from one of the Balmer brothers.

I keep everything catalogued so I can find anything. I mainly collected my stuff at the time, programs, photographs and souvenir editions of newspapers. I have taped soundtracks from games from the 60's, important games such as European ties and finals, and I have obtained a number of games and documentary videos from TV archives, clips from these are seen now and again but rarely the complete programme. I also have every televised LFC game since 1979 until present day either on disc or video. 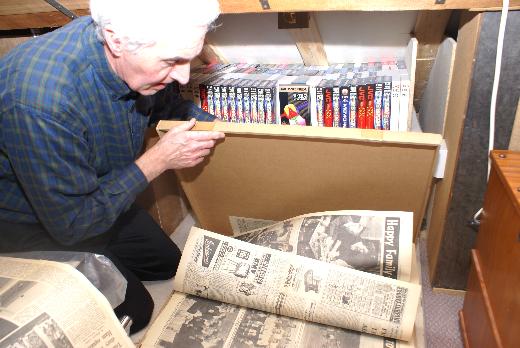 I do have quite a comprehensive coverage of practically every LFC game from season 1959-60 to present day. I also have quite a lot of coverage of games from 1946-1959. These are all in semi-professional scrapbooks up until 1970-71 season and the rest are cut down with scalpel and rule and placed in numbered files.

From 2003 to present day they are actually just in newspaper form. They haven't been whittled down to pages or match reports. I was so concerned about space and weight in my attic room and study that I now store my newspapers from 2003 onwards in the Kop store room at Liverpool FC as I work full time as a tour guide at the museum. Also in my scrapbooks are numerous photos and match reports that I have collected from between 1892-1946. 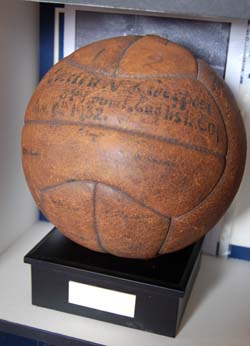 I own the ball from the 1932 Goodison Park derby (pictured) Dixie Dean scored for Everton in the first minute. Gordon Gunson equalized in the 38th minute and Gordon Hodgson scored the winner. The bladder inside has disentegrated. It was passed on to my friend, Eddie, who had gotten it from his father who was a mate of George Richards, a director at Liverpool and chairman in 1952. I got to know Eddie when he did his "Eddie's golden years scrapbooks." I had a lot of stuff he didn't have and vice versa and we did say if anything ever happened to us, the other was quite welcome to take the other's collection. When Eddie died I acquired it. He also collected newspapers and cuttings and with the connection to George Richards he got a lot of more personalized stuff from the 1946 tour of America which George sent back to Eddie's dad. Photos, newspapers, letters and programs.

My brother bought the cine camera and started shooting cine film in the sixties. Film was very expensive then, especially cine film and we didn't shoot a lot because we couldn't afford it. One of the first games my brother shot from the Kop was the Charity shield game in 1964. We shot quite a few games from various parts of the stadium. 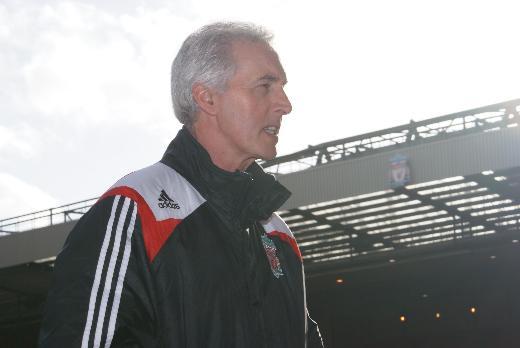 I've now got two season tickets on row 31 in the Kop, block 204. When they made the Kop an all-seater they gave us a chart and you could put a cross where you used to stand. I was quite fortunate to get two seats not too far from the place where we used to stand all the time.

When they pulled the original roof of the Kop in 1966, my mother was passing the ground and asked a workman for a large piece of it. I had it up til I got married in 1969. After I had moved to a new house I went back home one day and asked my mother where my piece of Kop roof was. I could tell by her face right away. 'I've thrown it away'. I was quite peeved about that.

Probably my prize possession is a signed photograph of Bill Shankly with the FA Cup in 1974. One of his last photos taken when he was at the club. My dad got that signed for me as he was an agent and was at the club virtually every day after retirement. He had the photograph and asked Bill to sign it. 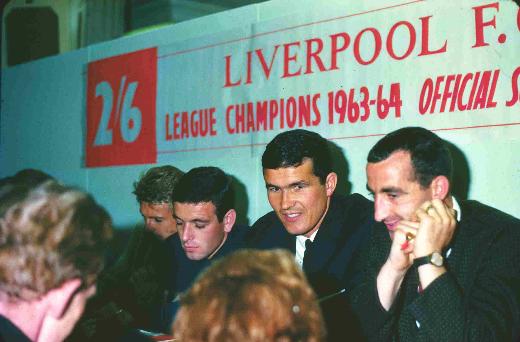 Roger Hunt borrowed it for 2-3 days in 1966 and he not only signed it himself, but he got all the rest of the players to sign it as well.

I've got so much stuff, particularly programmes, which date from 1907 to present day which I will leave to my son and daughter to dispose of as they see fit when I'm gone. My son is not that interested in memorabilia, only the game itself, and although my daughter takes a certain interest, she is after all my ticket stubs which she herself collects as she goes to as many away games as she can afford. My scrapbooks, photographs, videos, discs, autographs and the rest of my memorabilia will eventually end up in the LFC museum.