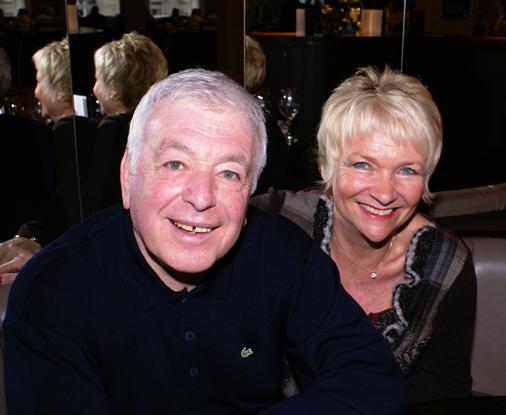 Ian with his partner in life, Maggie

You are from Toxteth which has a reputation of being a very difficult neighbourhood in Liverpool.

It was a difficult neighbourhood later on. The Toxteth riots, everyone knows about that. Toxteth was, I wouldn't say a hard neighbourhood, but it got a reputation really. The people where I lived were the salt of the earth. We would let the doors open. But it was the riots that took Toxteth to the forefront. I had a fabulous childhood, never any problems. People groan when you talk about Toxteth now.

Robbie Fowler is also from Toxteth...

He lived right by me, Robbie. He is a nice guy. He is really down to earth. He has done well for himself. It's said that he's the richest player in the north-west. Jimmy Greaves was a phenomenal player. Fowler has always reminded me of Jimmy Greaves. Robbie is the same. He used to pick his spot.

The beginning of the end

I went to America straight after the European cup final at Wembley. I was a sub for that game when Dalglish scored against Bruges. I flew out the next day to sign for Fort Lauderdale on loan from Liverpool. Bob allowed me to go. I enjoyed that. Gordon Banks was in goal for us. I roomed with George Best for five months. That was an experience! What a player! Then I came back, but in the meantime Tosh had been in contact to see if I would sign for Swansea. Smithy had signed for Swansea. Bob had signed Graeme Souness earlier, who was a great player. Bob said: 'I'll give you a rise, but I want you to play in the reserve team to help the young players come along.' I wanted to play more and wasn't ready for reserve team football so I signed for Swansea. That was good. We trained at Liverpool all week and then went down at weekends to play for Swansea. I was like a Liverpool player during the week, but then I played for Swansea at weekends. Bob was fantastic with Smithy and me.

Did you play also in Norway for a team called Sandefjord?

No, I didn't. People have said this, I went over and everything else, but I couldn't get a work permit. I played for Cork City three times and then went to Crewe after that. Alan A'Court was the assistant manager at Crewe. He was a great friend of mine. He took me under his wing when I first signed for Liverpool and was very good to me. I had decided to call it a day, but Alan turned up and asked me if I would come to Crewe just for a month to play in midfield, settle the youngsters down. I said: 'No, no, I've finished.' He was very persistent. I ended up going for a month and was five months there. Then I did my achilles tendon and I called it a day.

Bill Shankly could certainly appreciate Callaghan's contribution to Liverpool's cause over the years: "He is a model professional, and a model human being. If there were 11 Callaghans at Anfield there would never be any need to put up a team sheet. He typifies everything that is good in football, and he has never changed. You could stake your life on Ian."

Shanks thought of me as a model professional. I was fit as I used to love training, but Shanks often used to come up to me in training and sort of say: 'You don't train today. You just go through the motions. Just do what you've got to do.' I never had a cross word with him.

Ian's partner, Maggie, was sitting beside him when LFChistory.net interviewed him.

Maggie: It is not possible to have a cross word with Ian. I've never had an arguement with Ian. He's not too bothered about a lot of things. [Callaghan shrugs his shoulders]. He is not arguementative. But he quietly gets his own way. You are not in charge of Ian, he's in charge of himself. 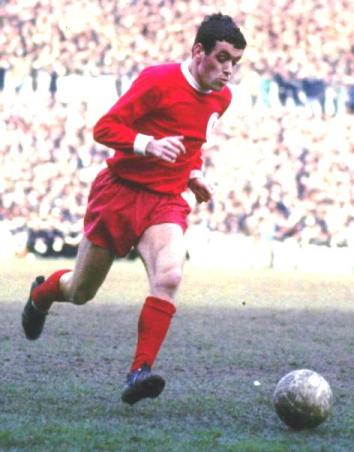 Maggie: The crowd always says to him: 'Haven't you got your boots with you, Ian?'

Talking about the game now, it's obviously changed quite a bit since your playing days

I miss the day-to-day routine. I miss the the lads, going to the ground, training, the banter with the boys. Foreigners to us were Scottish, Welsh and Irish. We had great difficulty in understanding, especially the Scotsmen. You had to get used to to the way they spoke. They are from different cultures now. French, Spanish, a different way of life.

Which current players do you rate the most?

You can't allow losing touch with reality to happen. Take Stevie and Jamie. They just lead as normal life as they can. Although they earn fantastic amounts of money, but you still have to live your life. You want to come down to Liverpool to shop and what have you. It's more difficult now as people want their autographs and a photograph with them. I saw a photograph of Stevie, shopping in Liverpool with his wife. It was in the paper. Come on, he was just out shopping with the wife.

Maggie: I feel sorry for them.

Ian: I don't feel sorry for them, not with the money he's earning...[laughs]

Maggie: As a joke thing we say, we want to put Ian on the subs bench for a month at their wages.

Ian: That would be nice, wouldn't it? As long as they don't call me on.