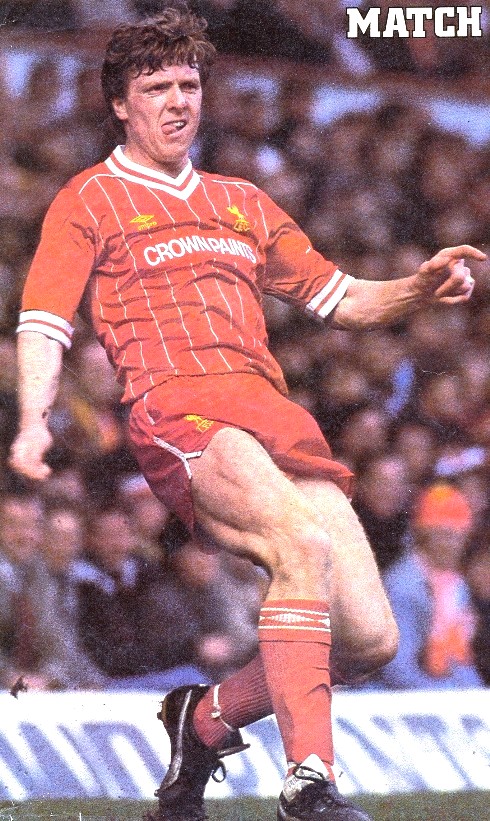 There cannot be a better utility player in the Football League than Steve Nicol. I doubt if there is another player with his confidence and bottle. We used him as a substitute in the European Cup Final in Rome in May, 1984, and he came on as a replacement for Craig Johnston and was one of the 11 players who had to face the prospect of a penalty shoot out with the richest trophy of them all depending on the accuracy of the spot-kickers and the expertise of two goalkeepers. At the time Steve had started fewer than two dozen games for the Liverpool first team but he was the first player to step forward and volunteered to take one of those decisive penalties. It was an astonishingly brave decision for someone with so little experience at the highest level and I am sure everyone in the Liverpool camp felt for Steve when he stepped up and slammed that first penalty high over Tancredi’s crossbar into the hoards of Romans in the crowd behind his goal.

Fortunately that miss was forgotten as Phil Neal, Graeme Souness, Ian Rush and finally Alan Kennedy stepped up to score to give Joe Fagan his third major trophy in his first season as my successor. That night helped convince all of us that Steve was a gem. I had signed him from Ayr United in October, 1981, principally as an eventual replacement for Phil Neal at right back. That had always been his favourite position and the position he feels is best suited to his style.

He has the advantage of being genuinely two-footed and a lot of people believe that the current Liverpool side is at its strongest when he is playing in that right back role. He is more than capable of taking on defenders and is an accurate crosser of the ball. But he is far more than a full back and in recent seasons has been the most versatile of all the players on the club’s books. No-one who was there – or among a vast television audience – will ever forget a sparkling hat-trick he scored against Newcastle United in an early match during 1987-88. Each goal was, in itself, a masterpiece as he rattled three goals past Gary Kelly to keep the Liverpool momentum going in what could have been a tricky away match.

Even though he had been bought as Phil Neal’s successor he got his first break when Craig Johnston was injured and wasted no time staking his team place on the right hand side of midfield. Since then he has played on the left and also had a more than successful spell in the heart of the defence when Alan Hansen was hospitalised for most of the 1988-89 season. One of the best known facts about Steve wears the biggest boots of anyone on the club’s books. He is also one of the biggest talents at the club!"