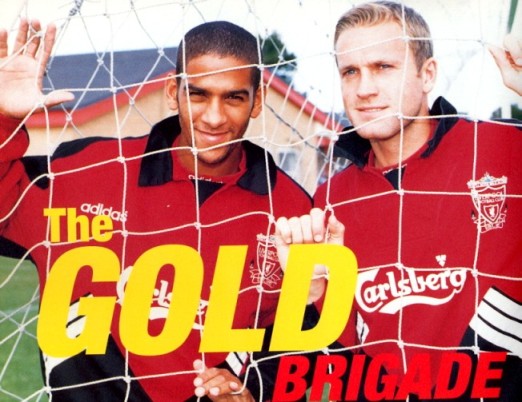 Remember when Phil Babb was Liverpool's most expensive player? Central defenders Phil Babb and John Scales arrived 24 HRS within each other on 1 and 2 September 1994. Liverpool paid a combined fee of £7.1 million on the pair which many predicted would form a strong backbone to Liverpool's defence for years to come.

Babb arrived at the back of a strong showing in the 1994 World Cup where he had impressed with Ireland. Coventry sold him for a club-record fee of £3.5 million and he became Britain's most expensive defender. Roy Evans was enthusiastic his arrival but chose his words carefully: "He's a good player and it remains to be seen whether he'll turn out to be a Liverpool player. At this moment he is just a good player and I sincerely hope he has a number of years here."

Babb played quite regularly in his first two seasons when he won his only honour for Liverpool - a Coca Cola Cup medal after beating Bolton in 1995. But he never became the Liverpool player Evans had hoped for and Houllier got rid of him.

Take a rest from reading this article and put to good use this 10CRIC bonus code that will hopefully pay better dividends than a Scales/Babb partnership!

Roy Evans said he had been tracking John Scales for one year and was, of course, complimentary about his new signing: "John is big, strong and a great athlete. He's been the steadiest defender in the league for a long time and he'll be a great asset to us."

Scales boasts an unimpressive Liverpool career. He only lasted two years at Anfield after his £3.5 million from Wimbledon. Scales later passed this judgement on his time at the club: "The ability in the team was phenomenal. The discipline was lacking and I'll hold my hands up at the time. It's certainly very difficult when you lose discipline in a club."

Many had envisaged that those two would form a central pairing but Evans used Scales and Babb along with Ruddock in a three-man central formation in a 3-5-2 system that he felt best benefitted the team. Evans made a team that played entertaining football but wasn't its strongest suit and could have done with better central defenders.