When Scales was 19-years-old he moved on a free transfer after one season in Leeds' reserves joining Bristol Rovers in the Third Division. He impressed sufficiently in his two seasons there to join the Crazy Gang at Wimbledon enjoying a fairy tale ending to his debut campaign winning the FA Cup against all odds facing the all-conquering Liverpool. Scales came on as a substitute in the Wembley final for forward Terry Gibson in the middle of the second half. After plying his trade at top-level for seven years with Wimbledon he moved to Liverpool arriving the day after fellow centre-half Phil Babb signed for the Reds from Coventry. Liverpool boss, Roy Evans, was delighted to capture the central defender who he had been tracking for the last 12 months. "John is big, strong and a great athlete. He's been the steadiest defender in the League for a long time and he'll be a great asset to us," Evans predicted.

Scales was of more skilful nature than a lot of his fellow defenders but his lack of aggression sometimes was a cause for concern for Reds' fans. He knew his limits, distributed the ball quite sensibly, not being overambitious. He looked after himself, was very energetic and a strong header of the ball. He had in fact won medals for high-jump in his teens. He seemed to lack the necessary quality to succeed at a top-notch club like Liverpool. Scales only lasted two years at Anfield and later passed this judgement on his time at the club: "The ability in the team was phenomenal. The discipline was lacking and I'll hold my hands up at the time. It's certainly very difficult when you lose the discipline in a club."

Scales was disappointed not to have been chosen to play for England in Euro '96, but bigger disappointment was ahead. He struggled with persistent injuries and only played seven games in the 1996/97 season, before being sold to Tottenham. His move caused quite a controversy as he had already had a medical for his boyhood club Leeds. Scales had a change of heart at the last moment and joined Spurs where because of injuries he only played 33 games in four seasons.

"Attitude, simple as that. The ability in the team was phenomenal. The discipline was lacking and I'll hold my hands up at the time. It's certainly very difficult when you lose the discipline in a club."

Scales on his time at LFC

Interview with Babb and Scales from LFC Matchday Magazine 1995/96 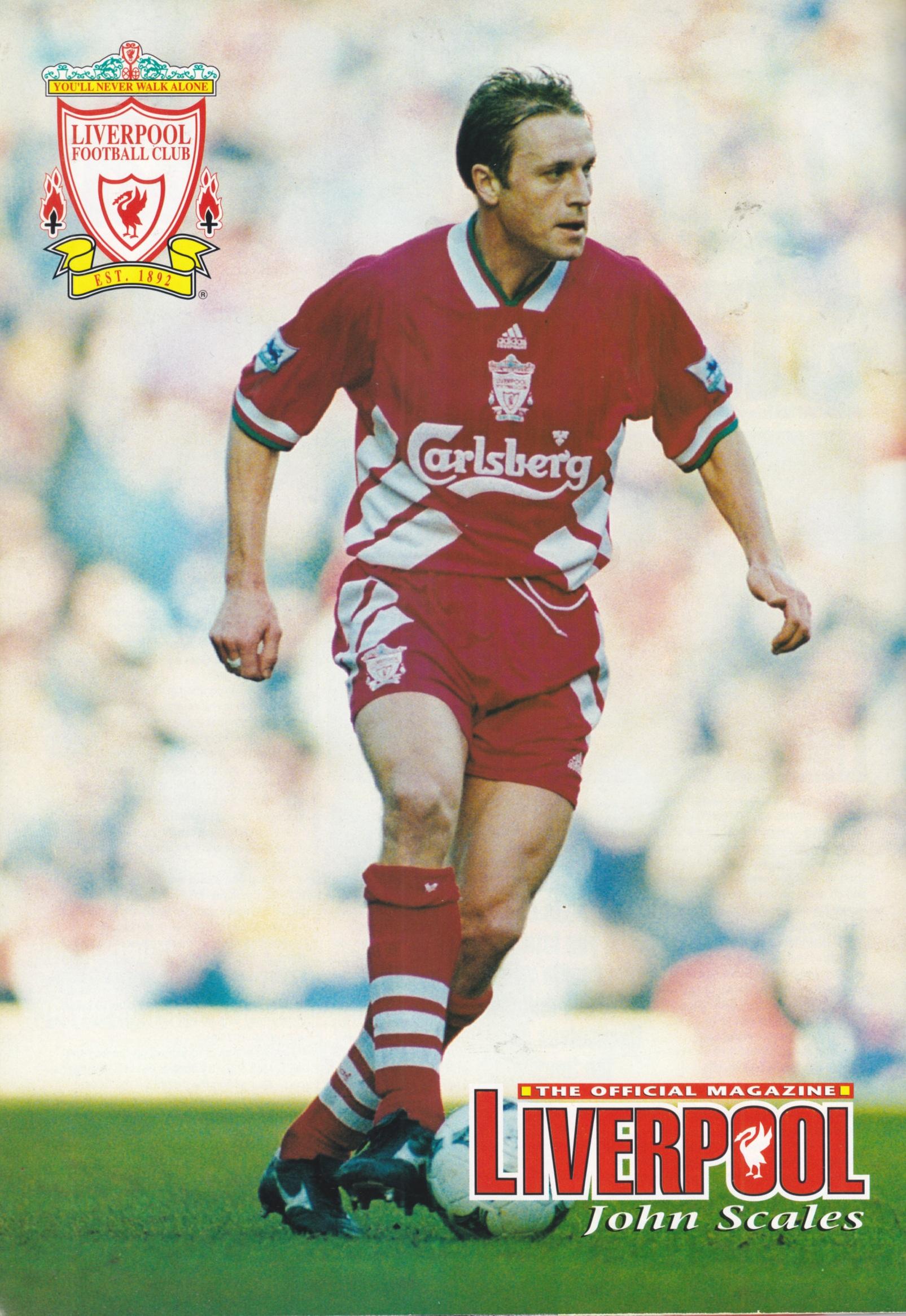