Slater was nicknamed "Shorty" due to being unusually short for a goalkeeper; only 5 ft., 8 1/2 ins. (173 cm). The Scotsman was 23 when he arrived at Liverpool from Falkirk in exchange for Tommy Younger. He went straight into the first team at the start of the 1959/60 season. Despite conceding three goals on his debut against Cardiff he was praised by Liverpool Echo: "The critical spotlight was very much focused on the failure of the men behind to play up to standards which we have come to take so much for granted. From this criticism must be excepted the Scottish debutant goalkeeper, Slater. In no way could he be associated with the defeat. A less capable player would have been beaten more frequently and if Slater can go on improving on this standard Liverpool's worries in goal appear to have been taken care of for many years to come. His spectacular pounces to the extreme ends of his goal did him the greatest credit. What roars of delights would feats such as he achieved produced from an Anfield crowd. He is a worthy successor to Tommy Younger and, unless I am very much mistaken, will prove not only as spectacular as his predecessor but every bit as successful." Slater did however concede two goals in his third outing that he was responsible for and Phil Taylor replaced him with South African Doug Rudham, who played in the next 14 second division games.

Bill Shankly's arrival in December 1959 saw an improvement in Slater's fortunes. In fact, Slater had played in 96 consecutive Football League matches before being replaced by Jim Furnell, who had just been signed from Burnley, after Liverpool were knocked out of the FA Cup by Preston in February 1962. It was maybe a bit harsh punishment for only having conceded a solitary goal in three cup-ties against Preston, but Peter Thompson's goal in the second replay sealed Slater's fate. Shankly let the 'keeper know his days at Liverpool were numbered in no uncertain terms as Slater revealed in July 2004: "In the close season Bill Shankly told me I was on my way to Dundee," Slater recalled. "I said 'no', because I wanted to stay and fight for my place in the First Division. He then named six goalies right down to the Under-12 goalkeeper, and told me I was not even quoted." Bill sold him in the summer to his brother Bob who was boss at Scottish champions Dundee.

Alan A'Court had some sympathy for his former teammate: "Slater was rather an unlucky player who often suffered for other people's mistakes. He rarely received due credit for his agility, his excellent reflexes and the bravery he showed diving at the feet of opposing forwards." A'Court also recollected an amusing incident involving then physio Bob Paisley: "Bert Slater was knocked unconscious during a goalmouth tussle and Paisley simply could not revive him. He tried everything, smelling salts, cold water, manipulation, the lot, until in desperation, he knelt down by Bert's side and said: "Bert, give us a kiss.'" The effect was nothing less than miraculous, for Bert sat bolt upright, glared at Bob and told him to "F... off" before scrambling to his feet and playing on."

Dundee went all the way to the semi-finals in the European Cup in Slater's debut season, but lost to eventual champions AC Milan. After three years in Scotland Slater moved to Watford where he played 152 matches for the Hertfordshire club before joining its coaching staff.

ALTHOUGH he won the Scottish Cup with Falkirk and a Second Division championship medal with Liverpool, it is his endeavours with Dundee for which the goalkeeper Bert Slater will be best remembered.

That Cardiff bogy should have been laid

The Liverpool Echo report by Horace Yates on Cardiff City - Liverpool on 22.08.1959. 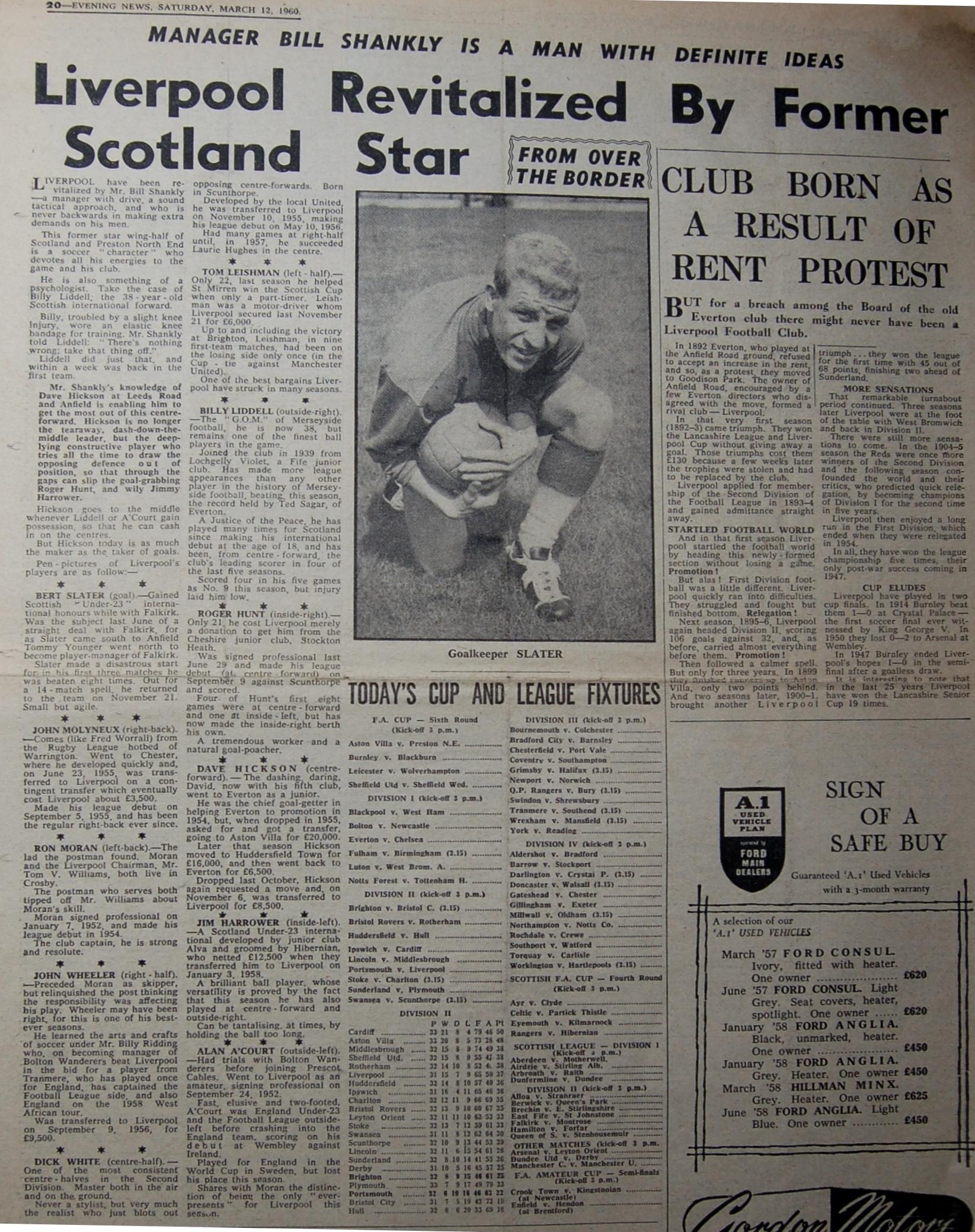 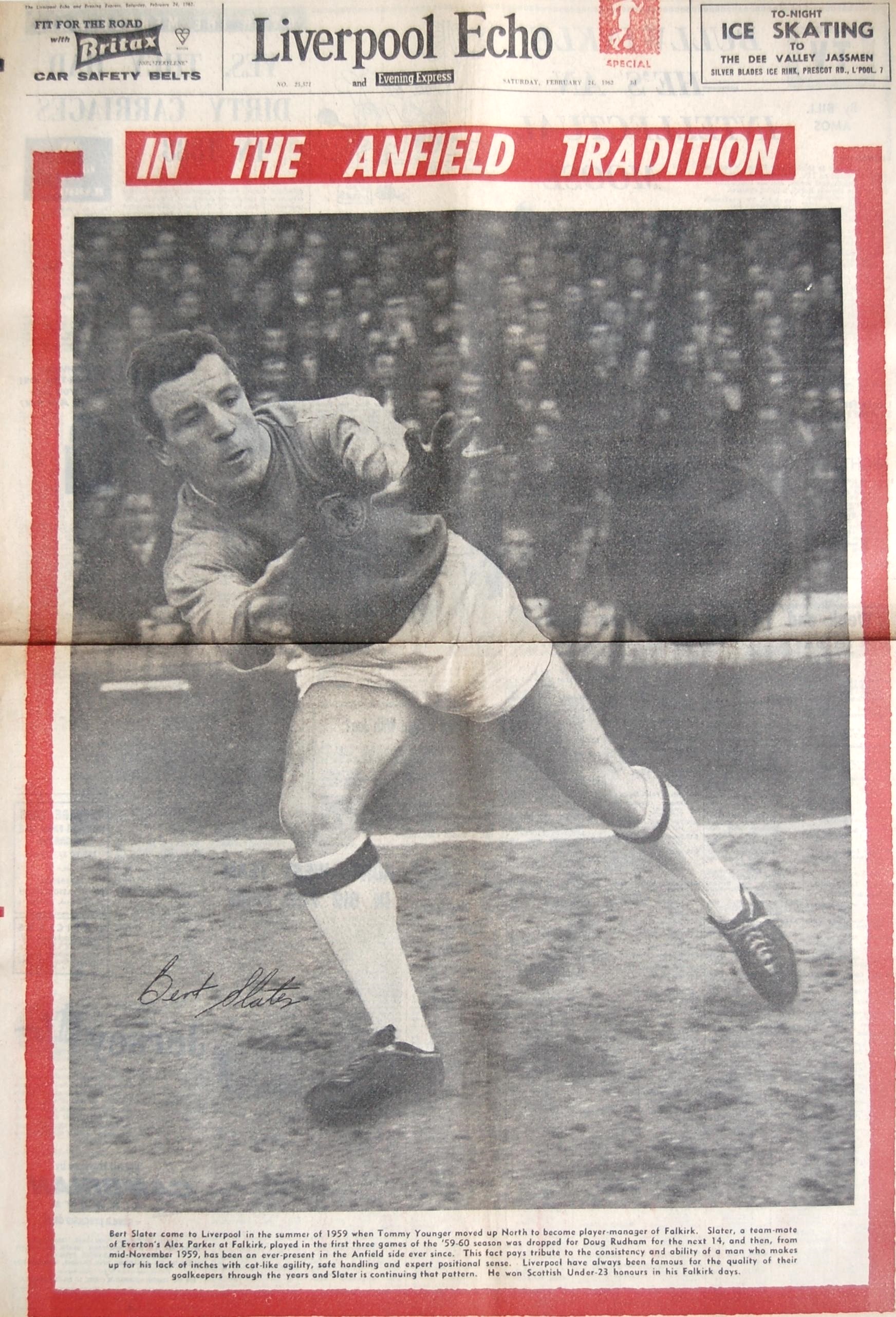 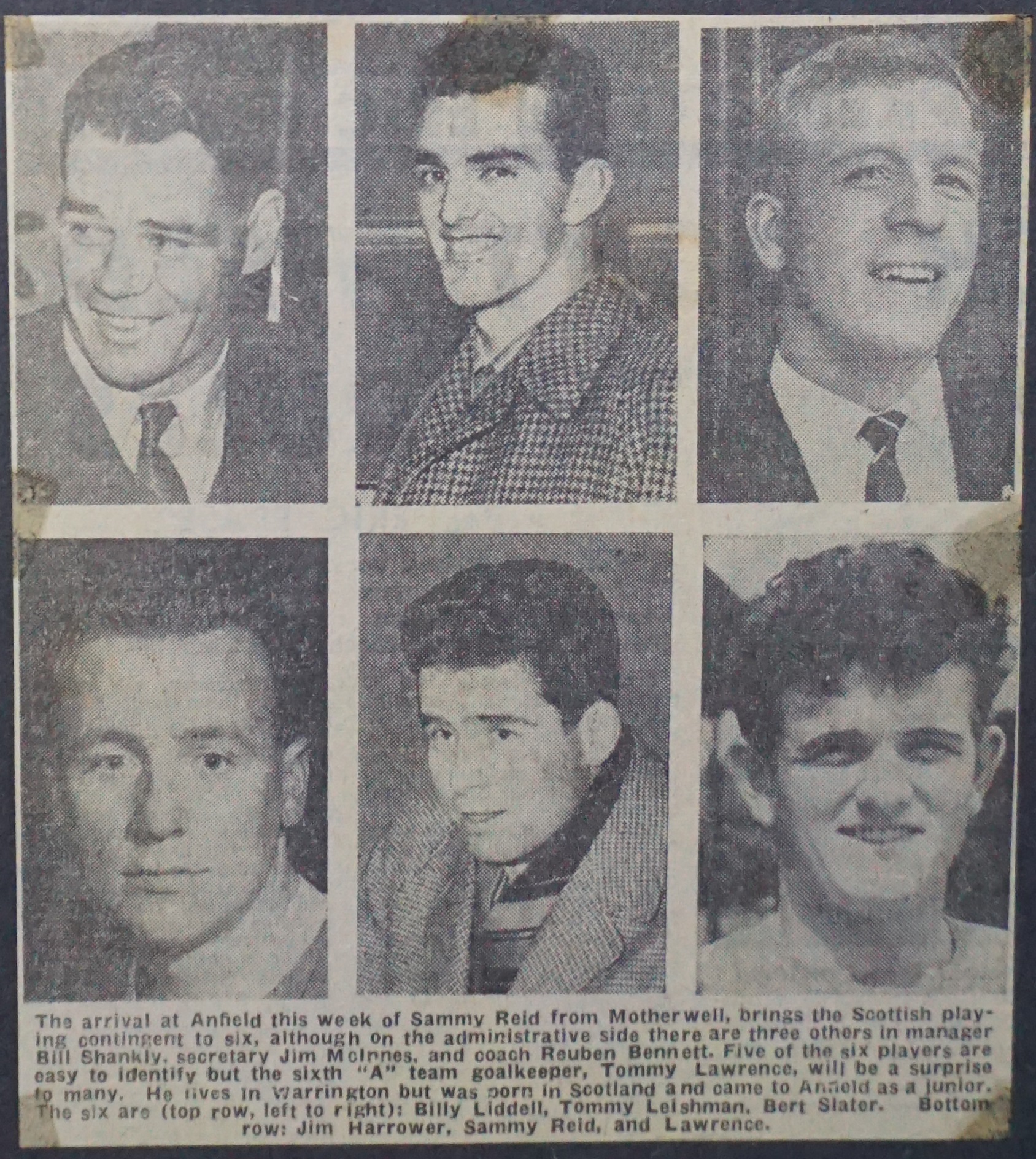