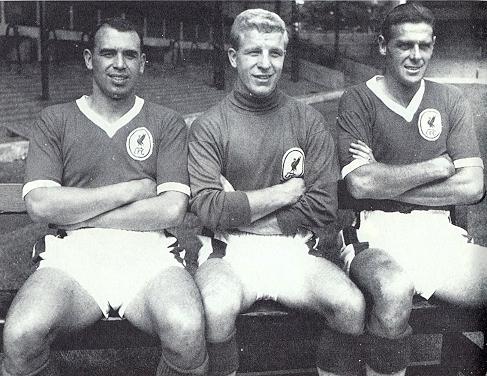 Last Friday while the golfing world had its eyes on the Open Championship at Royal Liverpool a keen golfer with a connection to Liverpool Football Club, former keeper Bert Slater died this weekend - whilst out on a course in Brechin. He was 70.

Arriving at Anfield from Falkirk in the summer of 1959 in part-exchange for Tommy Younger left Bert Slater on something of a hiding to nothing. Younger was a hard man to replace but the nature of the deal added to difficulty. That he eventually managed to acquit himself well despite a rocky start was a clear relief to the player.

Although quite diminutive for a keeper at 5ft 81/2 inches he was nonetheless a more than capable shot-stopper. Alert and agile he also possessed one of the most important qualities keepers during his time needed - courage. As more than one attacker both in England and north of the border found out. Phil Taylor thrust his new acquisition straight into the action with an opening day of the season debut against Cardiff City. The Welsh club ran out 3-2 winners although Slater was in exemplary form. The Bluebirds eventually beat The Reds to a promotion spot at the end of the season.

Slater kept his place for the next two games and although vital points weren't lost in those games with Bristol City and Hull both sides were only seen off in high scoring encounters. The goals conceded were down to the number one's errors and had Liverpool not been so free scoring themselves the new campaign could well have kicked off with five straight defeats.

Doug Rudham regained his place as a consequence with Slater only returning to the first XI when The South African was injured. With a new face between the sticks results changed as Liverpool went nine without defeat. However an injury to Rudham 17 games in ensured Bert Slater was restored to the team and although The Reds suffered six more defeats before May results remained good.

The following campaign was a different matter for Bert who was an ever present and even though Liverpool failed to gain promotion after finishing in third place for a second consecutive season it was a far more authoritative Bert Slater who marshalled a defence which conceded 58 goals. In October 1960 he also became the first Liverpool keeper to appear in a League Cup game when Liverpool took on Luton Town in the 2nd round.

Form like this made him a certainty to regain his place for the 1961-62 season but despite remaining in good nick he was dropped for the away trip to Walsall after 29 league outings. Bill Shankly preferring Jimmy Furnell.

The curtain on his career with Liverpool was drawn following a 5th round second replay defeat to Preston North End. Not long after the Musselburgh born keeper returned to his homeland joining Dundee in a £2,500 deal. In three seasons the highlight of his time at Dens Park was a semi-final spot in the 1963 European Cup run. He finished his playing days with Watford with whom he lined-up against Liverpool in a 6th round FA Cup tie. Slater and his colleagues supplied the shock of the season as the struggling 2nd Division side beat Liverpool 1-0.

Away from the game Bert played a hand in the administration of designing and building golf courses. He emigrated along with his family to Fuengirola, Spain to run a bar coaching to Fuengirola FC and his own pub team. He returned to Scotland and joined the coaching staff at Hibernian who he later served as a chief scout and also coached at Ian St John Soccer School projects in Aberdeen and his native Musselburgh.