Stewart started out on the left flank north of the border but it was as an inside-right forward where the solidly built Scotsman played for Liverpool. He made his debut on the opening day of the 1909/10 season and only missed one match as the club finished runners-up to first division champions Aston Villa. Stewart had a wonderful season and was the second-highest scorer with 18 League goals behind the prolific Jack Parkinson with 30. That debut campaign was easily Stewart's best in a Liverpool shirt. He was only called on a further 25 times over the next four seasons and made the last of his 63 League and FA Cup appearances for the club in a 4-1 defeat at Sheffield Wednesday on 4 October 1913. Stewart was trainer at Blackpool for a long spell before being appointed at Dundee where he stayed only one season and then moved to the south coast to train the players of Portsmouth in 1937.

One of the most interesting areas to collect is the realm of the friendly issue. 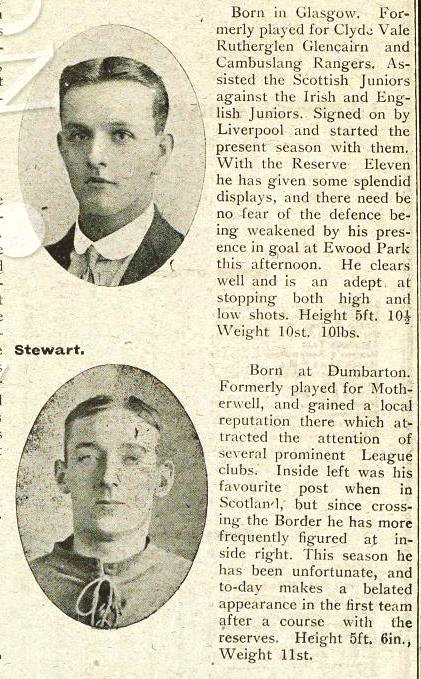