Liverpool were fined £250 and an ex-director of the club, John Fare, was suspended from football for six months (reduced from two years) after buying Pursell for £360 from Queen's Park as the Reds failed to talk to his club prior to approaching him. Pursell's main strengths were his physique and speed and he was a regular in his debut season, 1911/12. He was in and out of the side during the next two years but did play in all eight of the cup ties which saw Liverpool reach their first FA Cup final in 1914 but it was Burnley who took the famous trophy home after a narrow 1-0 victory. Pursell was so described: "On his day a brilliant defender. One of the fastest full-backs playing. Provides the counterfoil to the dash of Longworth, his height standing him in good stead in his defensive work."

Controversy continued to follow Pursell's career as he along with three Liverpool players; Tom Miller, Thomas Fairfoul, Jackie Sheldon and three United players was found guilty of fixing a game between Liverpool and Manchester United on Good Friday 1915. Incidentally Pursell was the one who conceded a penalty in the game, most certainly on purpose, which to his dismay, Pat O'Connell missed. For his service to his country in the war Pursell's life ban from the game was lifted. World War I had taken the best years of his competitive playing career away from him, but he did return to Anfield after Peace was declared. Pursell fractured his arm in the first practice match of the 1919/20 season and wasn't ready for action until December when he was picked in consecutive first division games against Manchester United and Everton. However, these proved to be Pursell's only first-team appearances that season and he joined Port Vale in May 1920. He featured in 68 games for Vale until breaking his leg in a 1-1 draw against Leicester on 14 April 1922, which finished his career.

When Liverpool and Manchester United players conspired to fix their match at Old Trafford in United's favour! 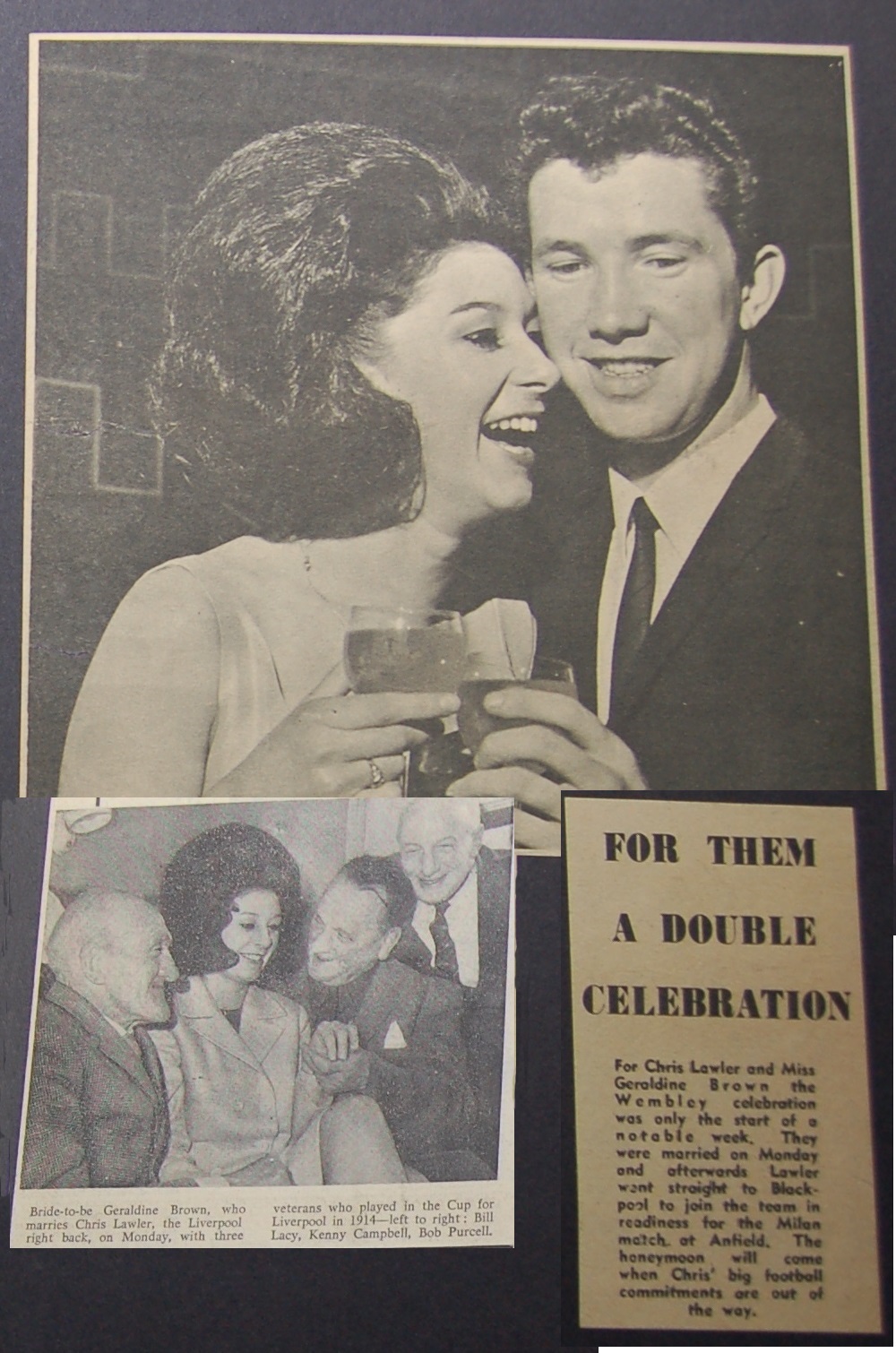 Purcell congratulates the Lawlers - May 1965