Jack Parkinson was born and raised in Bootle, working as a railway clerk before signing amateur forms with Liverpool in 1910, turning professional in October the following year.

Parkinson was a prolific goalscorer and tremendously quick, winning a total of 20 titles in various sprinting competitions. He was given his debut in October 1903, when he had a run of 17 consecutive League matches, in which he scored six times. The following season he netted 20 times from just 21 games in the Second Division. Unfortunately Parkinson broke his wrist in Liverpool’s opening game in the 1905/06 season but returned in mid-March to contribute seven goals to Reds' victorious League campaign. Parkinson's career continued to be curtailed by injuries but despite his difficulties his goals-per-game ratio remained exceptional with the exception of the 1908/09 season when he only scored four in 18 games.

Twenty-six-year-old Parkinson started the 1909/10 season with a bang and scored 11 goals in his first seven games including a hat-trick against Nottingham Forest, one goal in a 3-2 victory over Everton and a brace in a 3-2 win against Manchester United. The writer in the club's programme from 13 November 1910 was excited with his progress: "The Bootle youth has improved beyond measure this season. Here again we are delighted to see the wholesome leaven of intelligence permeating his movements and some of his passes to the wing men are decidedly clever. He has also demonstrated a fondness for baffling the custodian with well-placed shots, and not relying entirely on force to gain goals." Parkinson continued to terrorise defences and in April 1910 he celebrated finishing the top-scorer of the First Division as well as becoming the first Liverpool player since Sam Raybould in 1902/03 to score 30 goals in a season. Parkinson's progress was also finally recognised by the England selectors as he made his international debut on 14 March 1910 against Wales. He scored another 43 in the top division over the next three seasons. By 1913/14 he could no longer be sure of his place in the side and signed for second division Bury in August 1914.

Parkinson continued living in Liverpool and when he retired from playing ran a successful newsagents in Commutation Row. He died on 13th January 1942.

The fastest footballers in Britain

From the Evening Telegraph on 5 August 1905. 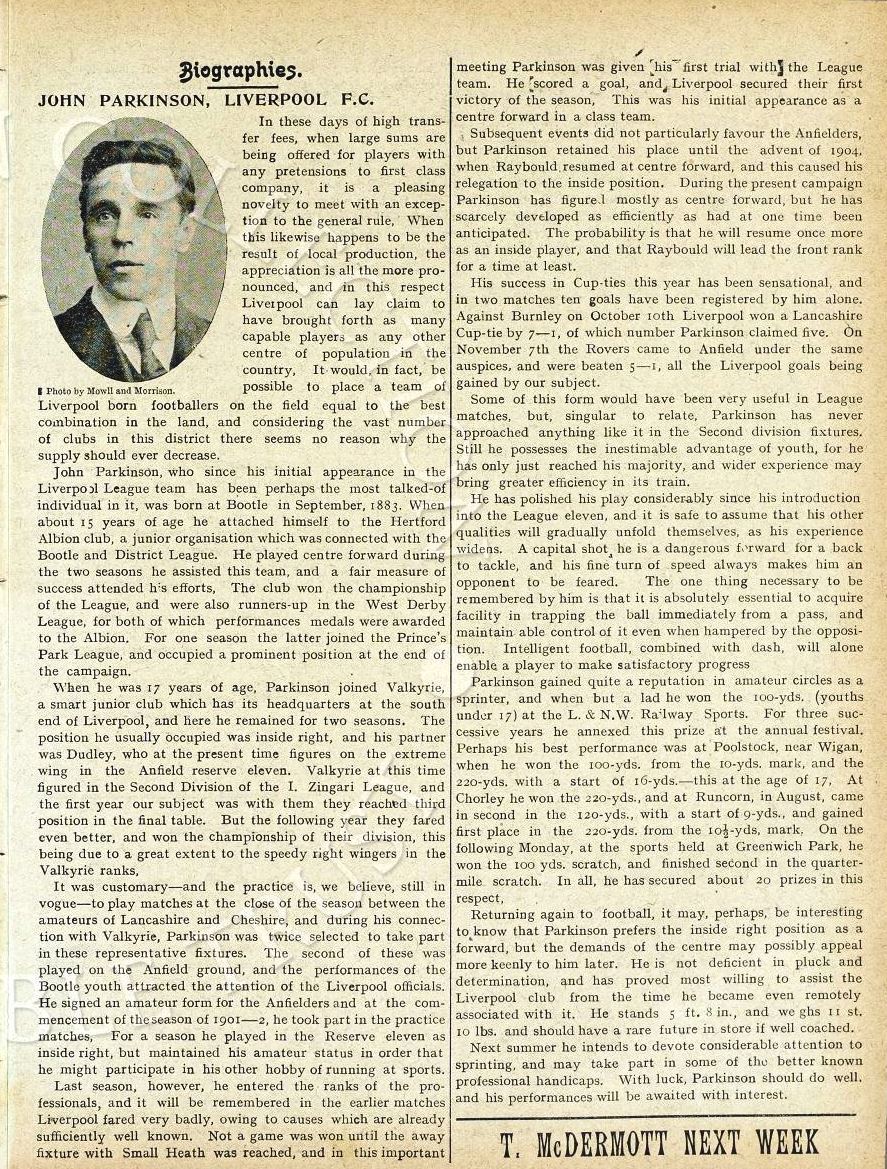 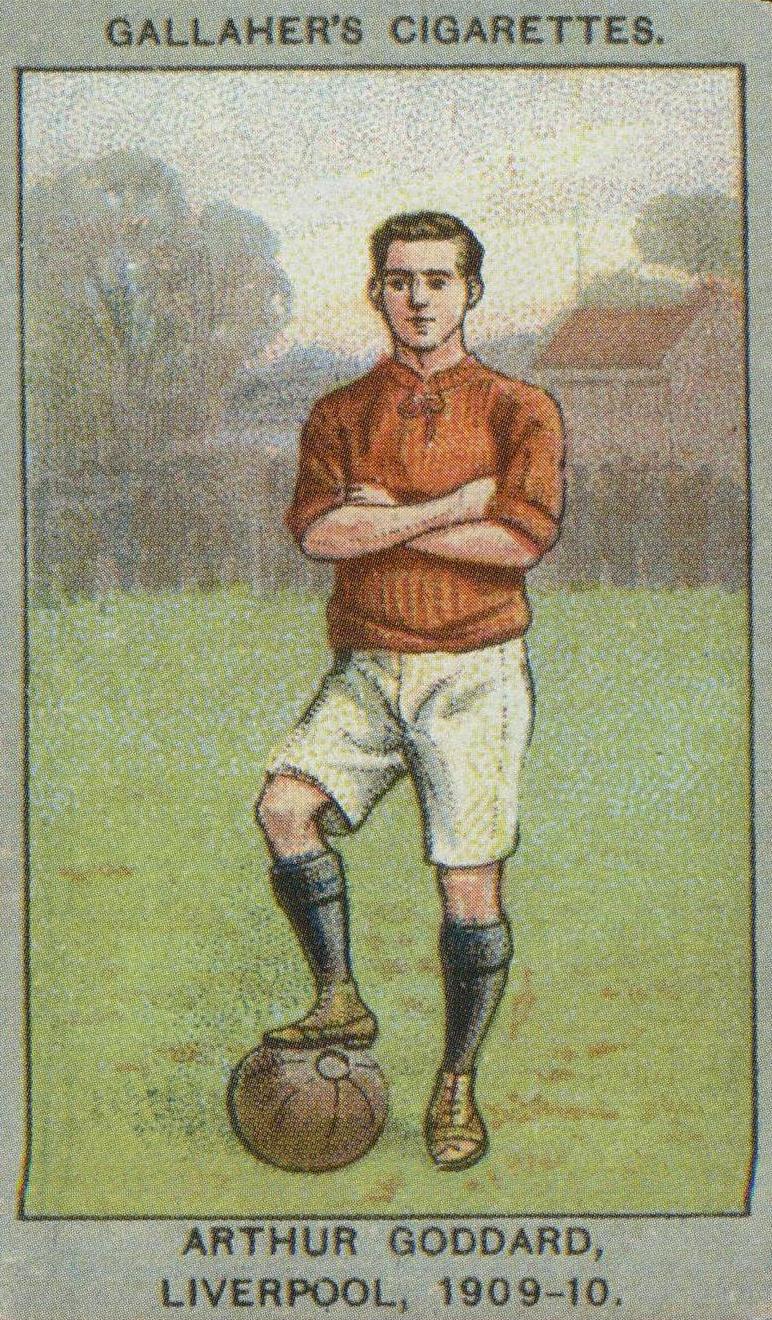