Liverpool manager, Tom Watson, said that Nicholl "isn't a brilliant forward, but he's a useful one and he can shoot!" Nicholl was crowded out from Middlesbrough's forward line and after making his debut in January 1914 proved to be a valuable player in Liverpool's brilliant cup run that very season. The hard-fought battle against Sam Hardy's Aston Villa in the FA Cup semi-final produced an unlikely hero in Nicholl. After half an hour’s play he headed the ball into the net. In the second half Metcalf struck a powerful shot that thundered off Hardy’s bar with Nicholl pouncing upon the rebound to net the second. Nicholl was in Liverpool's line-up in the final which was unfortunately lost against Burnley.

Published in the Manchester Courier on 22 January 1914. 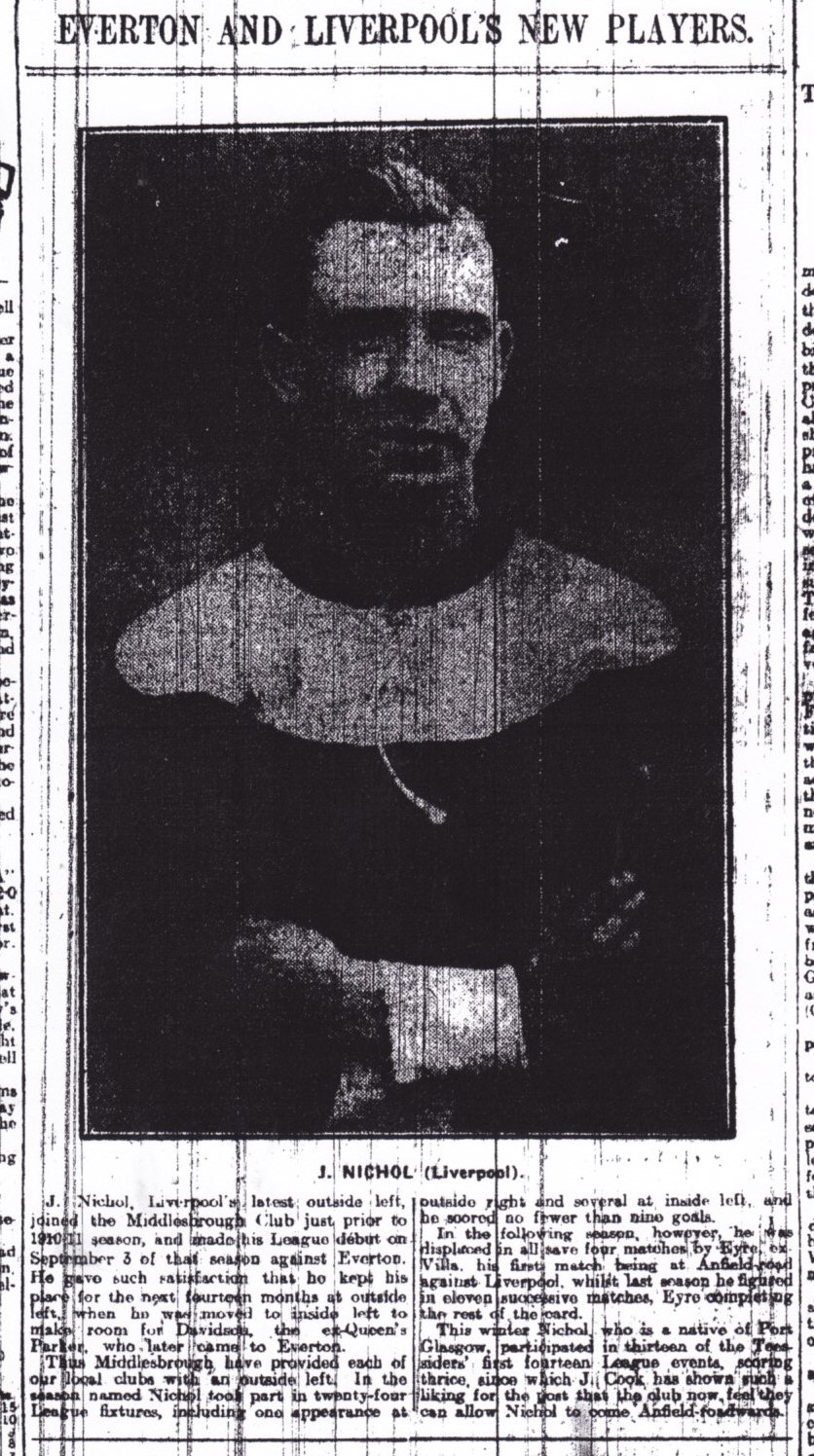 Nicholl introduced in the Echo in January 1914