In World War I George Latham was captain in the 7th Royal Welsh Fusiliers, which turned out to be a useful football team as well as winning the British Forces Football League Cup in 1919. Latham was awarded the Military Cross for his gallantry on the Turkish front in 1917 and the Bar in 1918 for further bravery. Half-back George Latham played with his hometown club, Newtown, until he served in the Boer War in 1901 where he featured for a couple of South African sides. On returning he rejoined Newtown but only stayed for a few months before joining Liverpool. The club programme assessed the half-back's first-team chances in its issue on 8 April 1905 prior to his debut. "Latham is an untiring worker on the field, and his ceaseless energy more than compensates of any deficiency in point of ability. In feeding his forwards he has shown considerable improvement recently, and with experience he should quickly remedy these failings, which at present keep him from being regarded as a League player of the first water." Burslem Port Vale were thrashed 8-1 at Anfield on his debut and that was the only appearance he made during the 1904/05 season. He was called on occasionally over the next three years and played in a total of 18 League games for the Reds, plus a single appearance in the FA Cup. 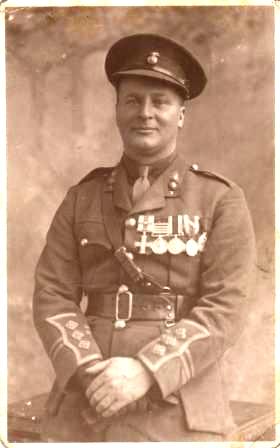 Latham played ten games for Wales, making his debut against Scotland in 1905 when Maurice Parry, his Liverpool teammate, had to withdraw from the Wales squad as Liverpool needed his services in the League the day after the international. Latham's last international on 18 January 1913 against Ireland in Belfast was a curious one, as he had travelled with the team as trainer, but ended up playing at right-half in a single goal victory! Latham is the oldest League debutant in Cardiff's history at 41. When playing away at Blackburn on 2 January 1922 two of Cardiff's players took ill so trainer Latham was pressed into service. Latham later coached the club, masterminding Cardiff's finest hour when they beat Arsenal 1-0 in the FA Cup final in 1927. He wrote his name in the history books by being in charge of the team that was the first and still... the only one to take the FA cup out of England. Cardiff had lost the final two years previously to Sheffield United 1-0. Latham coached Great Britain's team that participated in the 1920 Summer Olympics in Belgium. When Latham was badly injured in a biking accident in 1936 he was forced to give up coaching. He died in Newtown three years later, aged only 58. A number of football luminaries attended the funeral. The County Times from 2 May 1925 said: "there is no more painstaking football coach." A Cardiff City Cup final souvenir describes Latham as "probably the most popular and best loved man in football." As a sign of respect for him in his hometown Newtown A.F.C.'s stadium, Latham Park, is named after him.