Joe Hewitt made his name in his local Chester & District league, originally with Chester Locos where he was 12 months before returning to Newtown Rangers where he had played youth football. He was a prominent part of the Rangers team that won the championship of the Chester League in 1900/01. Hewitt was finally recommended to Sunderland where he won the League title in his debut season, but being a newcomer he only played five games and contributed one goal. The inside-left was signed by Liverpool during the 1903/04 season and quickly won a place in the side, playing in the last ten first division fixtures but being unable to stop the club's slide into the Second Division. He only figured nine times in 1904/05, as Liverpool conquered the Second Division. Hewitt was moved to centre-forward with devastating effect in the 1905/06 season. The first division title was won for the second time in the club's history and Hewitt was easily Liverpool's top-scorer in the League with 24 goals from 37 appearances. Injury and illness kept him on the sidelines the following year and he made few appearances as an outside-left as Sam Raybould re-established himself in the centre. Once Raybould left the club Hewitt returned to centre position, netting 34 times from 75 games in the 1907/08 and 1908/09 seasons. In 1909/10 Hewitt was transferred to second division Bolton Wanderers where he stayed only one season before leaving for Reading in the Southern league.

The Dundee Courier reports a harrowing experience for Hewitt in March 1907 when he tried to save his next-door neighbour, Sarah Ann Sweeney, from being burnt to death. Mrs. Sweeney, who lived at 12 Finchley Road, Anfield, was getting out of bed when her nightdress caught fire. She rushed downstairs and into Hewitt’s house. Hewitt managed to put out the flames, but Mrs. Sweeney died from the shock. “Accidental death” was the verdict in Liverpool's Coroner's Court. Hewitt was a member of Liverpool's staff after his retirement in 1911; as coach, club steward and press-box attendant for nearly 60 years! 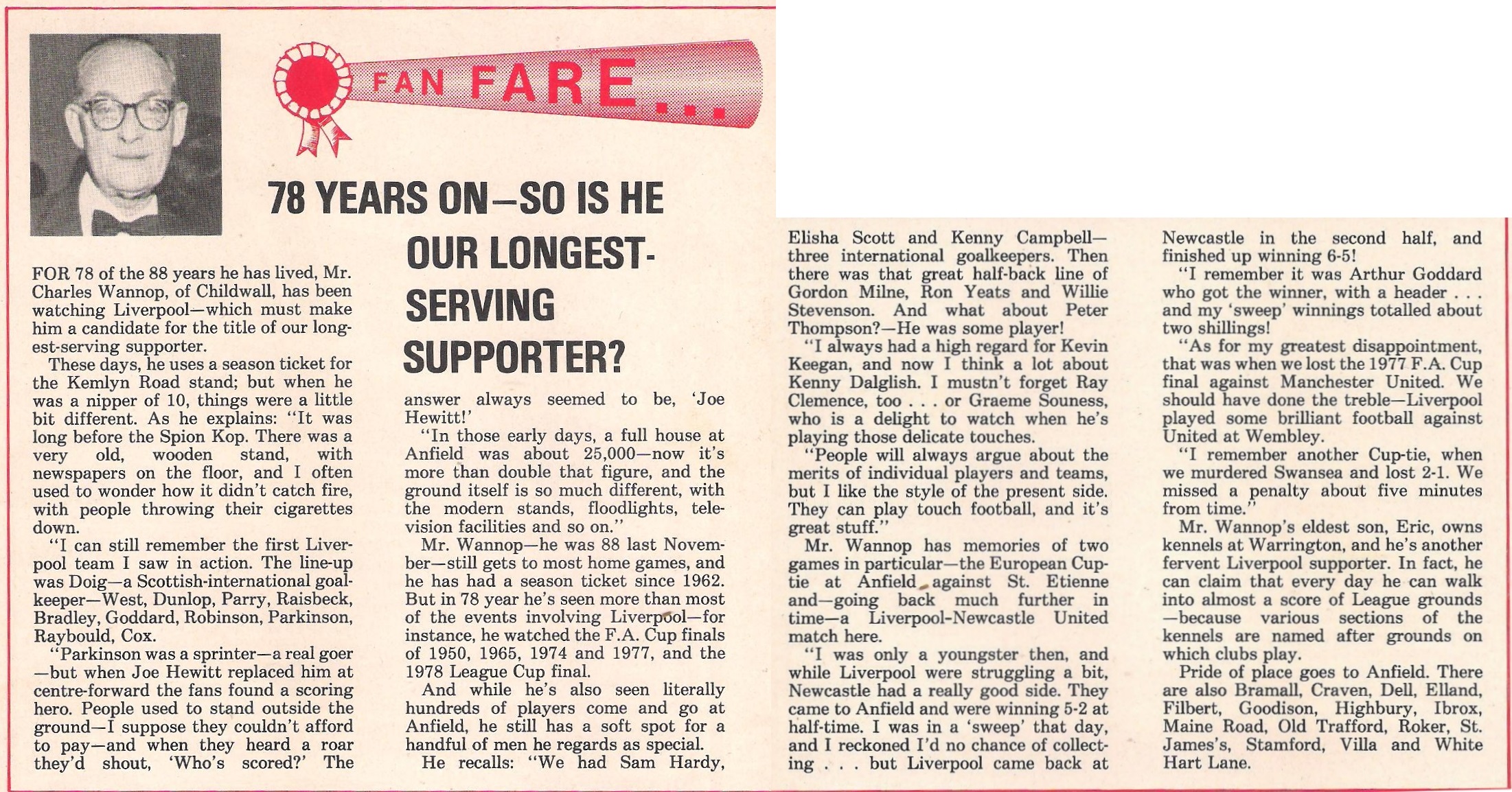