"Heads Up" Harrop as he was known in Liverpool was tagged as legend's Alex Raisbeck's successor in the middle of the Liverpool defence. Harrop started out as a forward, but was moved to centre-half with Rotherham Town where he was appointed captain. He was playing for Town in the Midland league when a Liverpool director went to watch Foster, who later joined Bristol City, but discovered Harrop. The club programme liked the look of him when he was still a relative newcomer to the Liverpool ranks: "Our early impressions of Harrop have been distinctly pleasing, for he uses his head to advantage in a double sense, and seems imbued with a determination to play the game intelligently and fairly." The Sunday Chronicle gave its approval on 16 January 1910: "The Liverpool club have the gift of discovering men who have the genius to play centre half-back. Who would ever have thought that the legitimate successor to Alec Raisbeck could be found at the first attempt? James Harrop has followed the great Scot with such felicitous feet and such harmonious heading that he is unquestionably building a lasting reputation. Raisbeck was fresh in complexion, with lint locks, and sturdy build. Harrop is sallow as a son of Romany, has jet-black hair, and is slim of both body and mind."

Harrop was a cool, methodical player, who quickly established himself at the heart of the club's defence for the next four years. Liverpool were in the bottom half of the first division table three out of the four seasons Harrop was a regular in the side, but managed to finish second behind Aston Villa in the 1909/10 season when his "raven locks" had replaced legend Raisbeck's "golden crown". Harrop and goalkeeper Sam Hardy left Liverpool for Aston Villa in the summer of 1912. They had formed a sound friendship and were called "The Liverpool twins". Villa had finished sixth in the First Division, while Liverpool had been close to relegation. The dynamic duo won the FA Cup in their debut season at Villa, beating Sunderland 1-0 in the final. Villa finished runners-up in the League in Harrop's first two seasons and he stayed at Villa Park until 1921 playing 170 League and cup matches and scoring four goals.

Liverpool were three down and scored four in 2nd half!

Liverpool's battle against Newcastle on 4th of December 1909 portrayed the team's fighting capabilities. 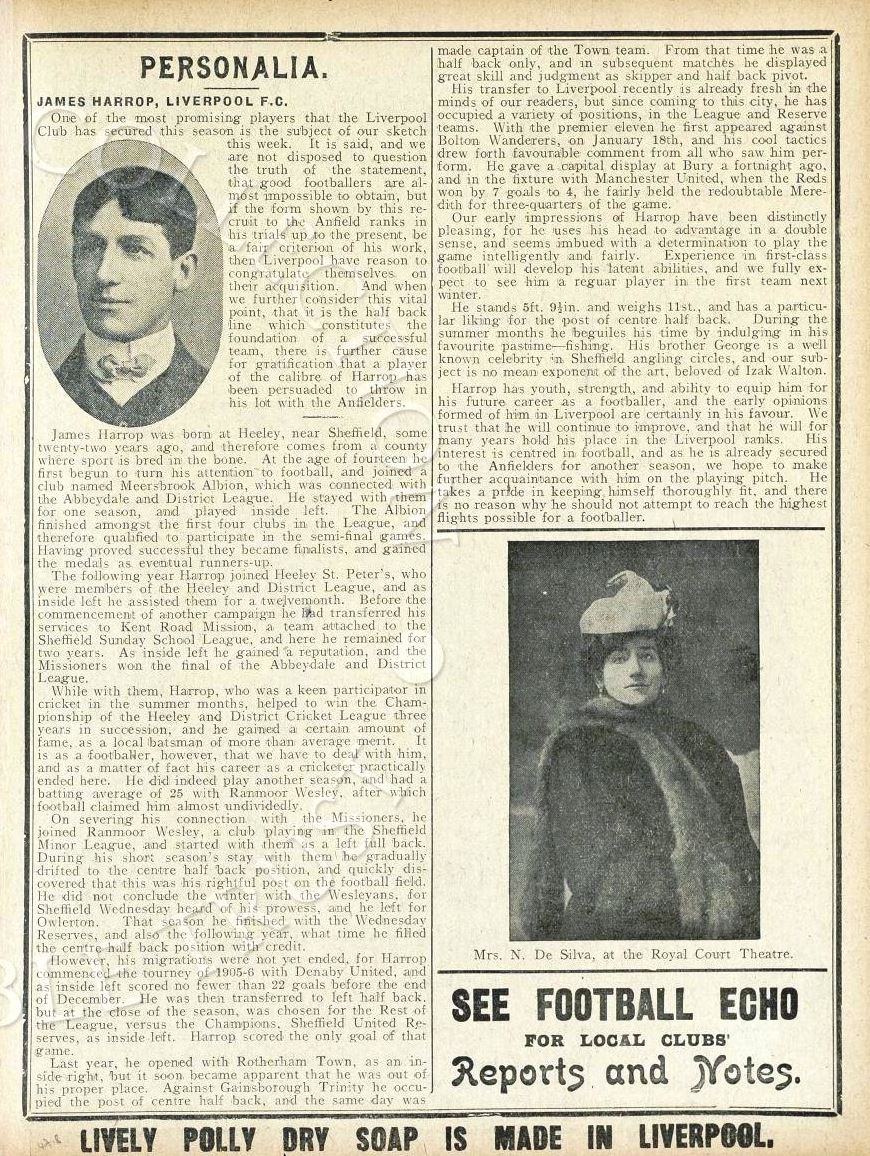 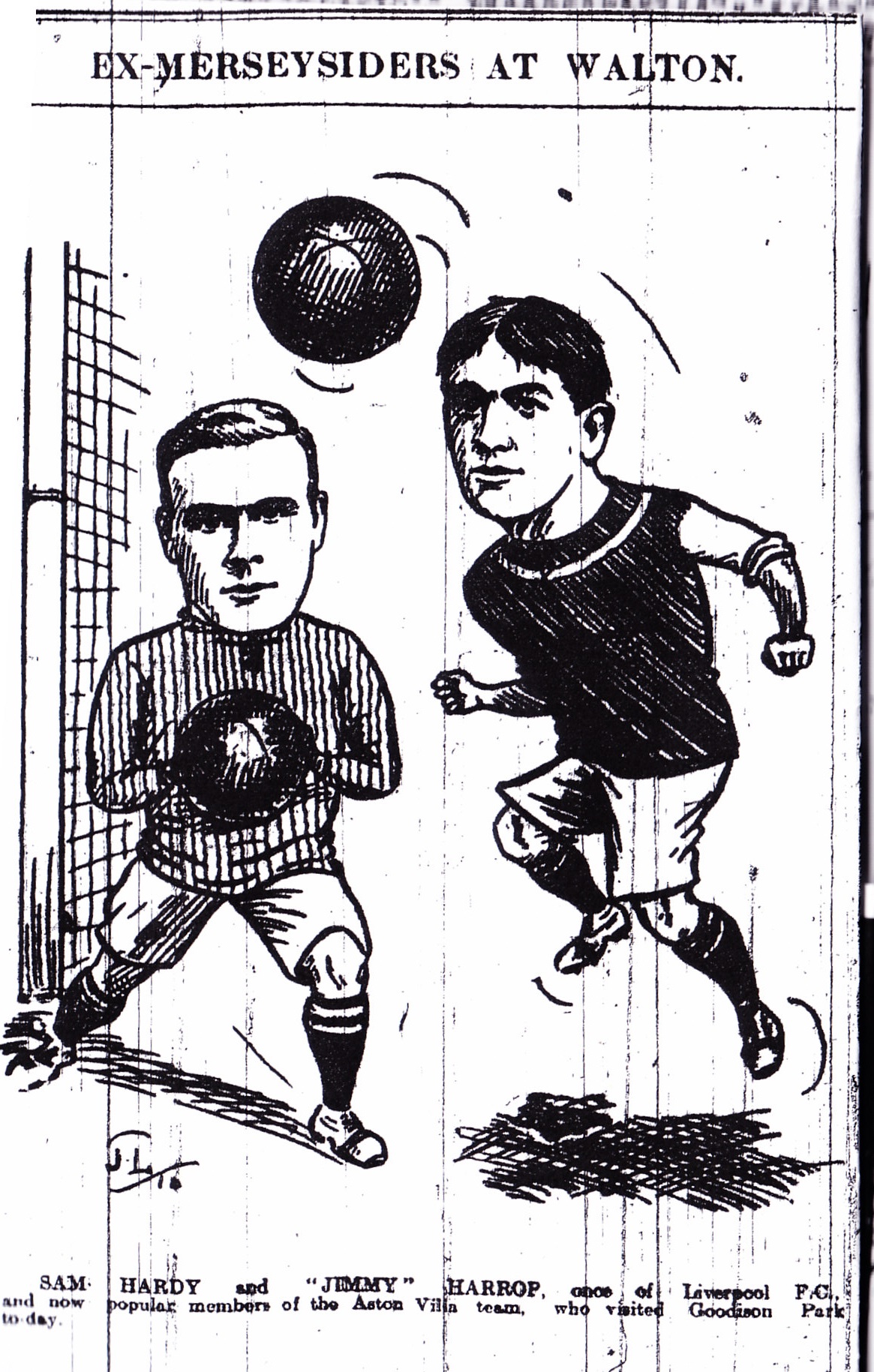