Bristol-born Tanner played locally as a teenager for Mangotsfield United before becoming a Bristol Rovers player in 1985, the year of his twentieth birthday. He was used mainly as a midfield player by Rovers and had made over a hundred Football League appearances for the Pirates when Liverpool made their move in 1988. Tanner joined a club that had just won its seventeenth League Championship. Like so many other new arrivals at Anfield, Tanner had to be patient, especially as Liverpool felt he might be a better central defender than a midfielder. Central defence was a position in which the Liverpool team was still strong. Tanner finally made his competitive debut for the Reds, during an away match with Manchester City shortly before Christmas in 1989. He figured in three more first division matches that season. Although Liverpool reclaimed the championship title they had lost so dramatically to Arsenal in 1989, the young defender had not unfortunately made enough senior appearances to qualify for a medal. At a time when only two substitutes could be named, Tanner made Liverpool's bench just three times in 1990/91 but his career was revived by a change of manager when Souness was appointed to replace Dalglish. With Alan Hansen now retired and Gary Gillespie moving to Glasgow Celtic, now was the opportunity for the young West Country defender to really make his mark. Although not picked for the first two League matches, Tanner played from the start in 32 of the remaining 40 first division games. In the twentieth of those matches he scored his only Liverpool goal, a close-range effort at Goodison Park that crept over the line despite the claims of Everton defenders that it had not.

Tanner only made ten appearances in the 1992/93 season in a turbulent time at Anfield. Still suffering hugely from the aftermath of both Heysel and Hillsborough, big questions were starting to be asked about Souness’ style of management. Unfortunately, a persistent back problem forced Tanner into early retirement as a player in 1994. This must have been a huge disappointment for someone who was still ‘the right side of thirty’. Injury therefore deprived him of at least five years as a professional footballer. Tanner told LFChistory.net that he is proud of his time at Liverpool. "I only cost £20,000! I can honestly say I did my best in every game and feel I gave good value for money at a very difficult time for the club."

View from the people - Nick Tanner

This is the first installment of our new weekly series "A view from the People" in which a guest columnist is featured if he has an interesting story to tell related to Liverpool FC.

"He hasn't played for 15 months because of a back problem. It began as an injury but worsened and there is no way he can play now without pain." 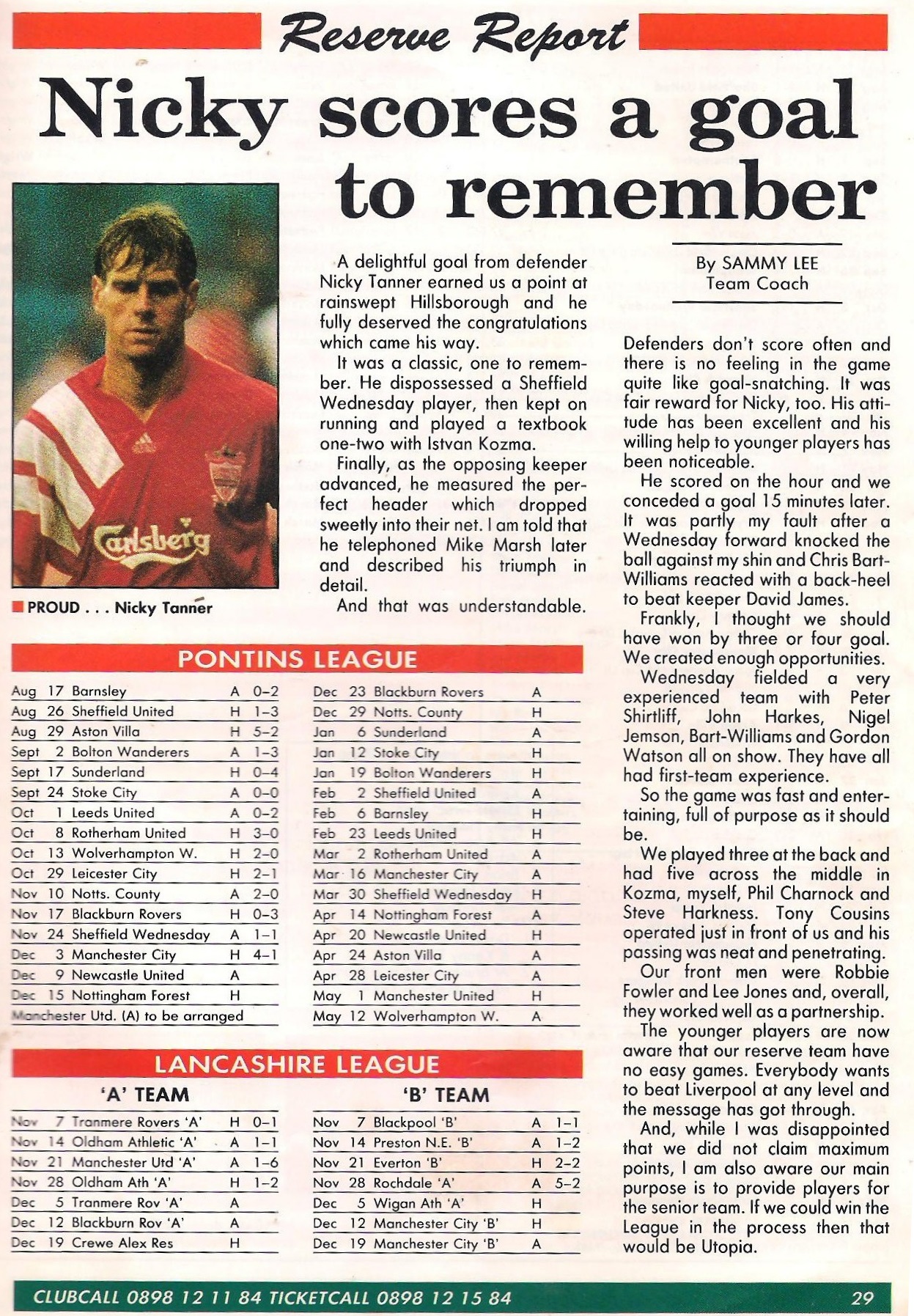 Nicky scores a goal to remember! 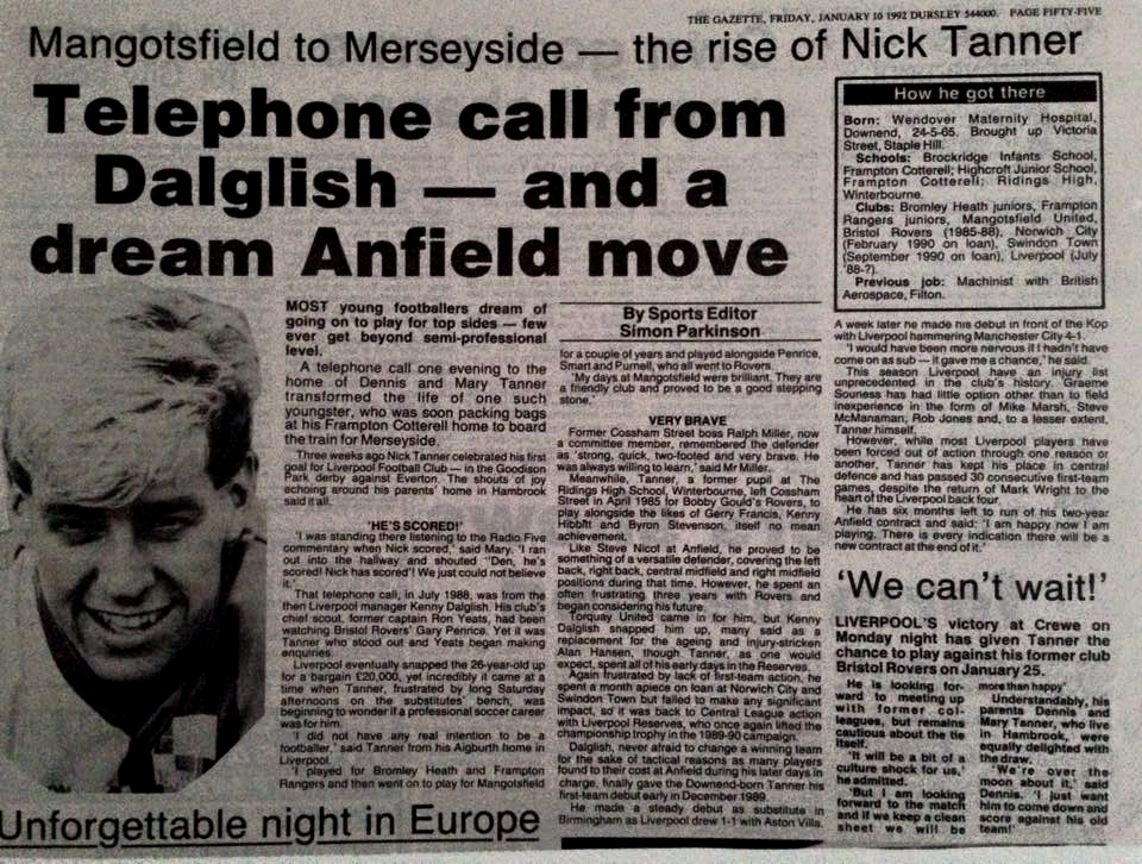