All Brian Hall wanted in his teens was to go to Liverpool, but not to play football. He wanted to study at the university! He studied mathematics and graduated three years later with a Bachelor of Science degree. Hall was an industrious player who always gave his all for Liverpool. Hall was small in stature, but clever and a very efficient footballer. He became a vital part of the team Shankly rebuilt in the early 70's. After three years of reserve football and studies Hall made two brief appearances as a substitute towards the end of the 1968/69 season. Ian Callaghan's injury in September 1970 gave Hall his breakthrough. Hall performed so well in Callaghan's absence on the right wing that when Callaghan returned, Shankly moved Cally into a central midfield role to accommodate them both.

Hall's most memorable moment came in the 1970/71 season when he scored the dramatic winning goal in the FA Cup semi-final against Everton at Old Trafford which took Liverpool to Wembley for the first time since 1965. It was also his first-ever goal for Liverpool. Hall had to settle for a runners-up medal on that occasion but was a member of the side who lifted the trophy three years later against Newcastle to add to the League Championship and UEFA Cup winners' medal he had from the previous season. Hall played a big part in the FA Cup fortunes of Liverpool in 1974. Again Liverpool were in the semi-final. Liverpool and Leicester City drew 0-0 at Old Trafford and the replay was set at Villa Park. Hall scored Liverpool’s first goal soon after the start of the interval. He had just finished celebrating when Glover equalized two minutes later. Kevin Keegan and John Toshack guaranteed a 3-1 victory and Newcastle were an easy prey in the final.

Hall got on well with his first boss Bill Shankly most of the time but did get the hump when Liverpool had reached the final of the UEFA Cup in 1973 and faced German side Borussia Mönchengladbach in a two-legged affair, the first being at Anfield. The first match only lasted half and hour because the pitch became waterlogged after a torrential downpour, and the game was re-scheduled for the following night. In that half hour though, Shankly had spotted a weakness in the air in the German back line and for the rematch brought in the aerial supremacy of John Toshack at the expense of Hall's attacking midfield play. "My reaction was childish," Hall told LFChistory.net. "I just slammed about and wasn't really in the best frame of mind to be on the subs bench. Of course we won the match 3-0 and it was viewed as a master stroke by Shanks but I was still unhappy. It rumbled on to the end of the season where it finally came to a head when I was dropped against Leicester City. We only needed a draw for the title and Shanks decided to blood a young Phil Thompson at my expense. That incident hit me far harder than the UEFA Cup final one had done."

Hall played in all but seven of the League matches in 1974/75 but his midfield position was taken over by Jimmy Case before the half-way stage of the following season. He moved on to Plymouth Argyle in the summer of 1976 before returning to the North-West and finishing his League career at Burnley. He later felt he had made a "big mistake" leaving Liverpool so soon and should have fought harder to reclaim his place. Hall took on teaching and was a schoolmaster for a while but Hall returned to Anfield in 1991 to head the club's Public Relations department, a post he was in until he had to retire in 2011 due to his battle with leukemia. A special presentation was made to Hall before Liverpool's Premier League match against Fulham at Anfield on 1 May 2012 to officially mark his retirement. Hall passed away on 16 July 2015.

Brian Hall - The life of Brian 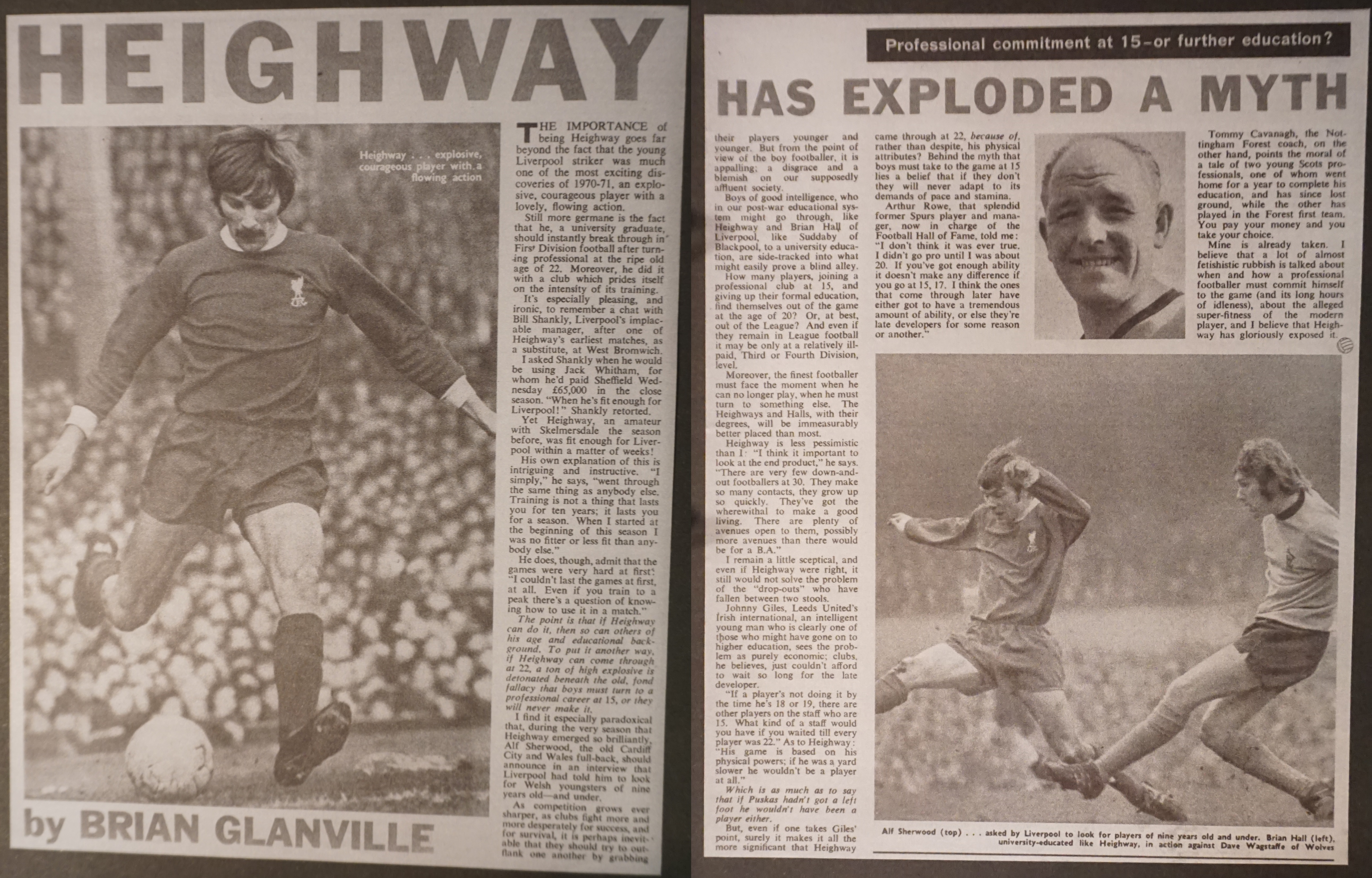 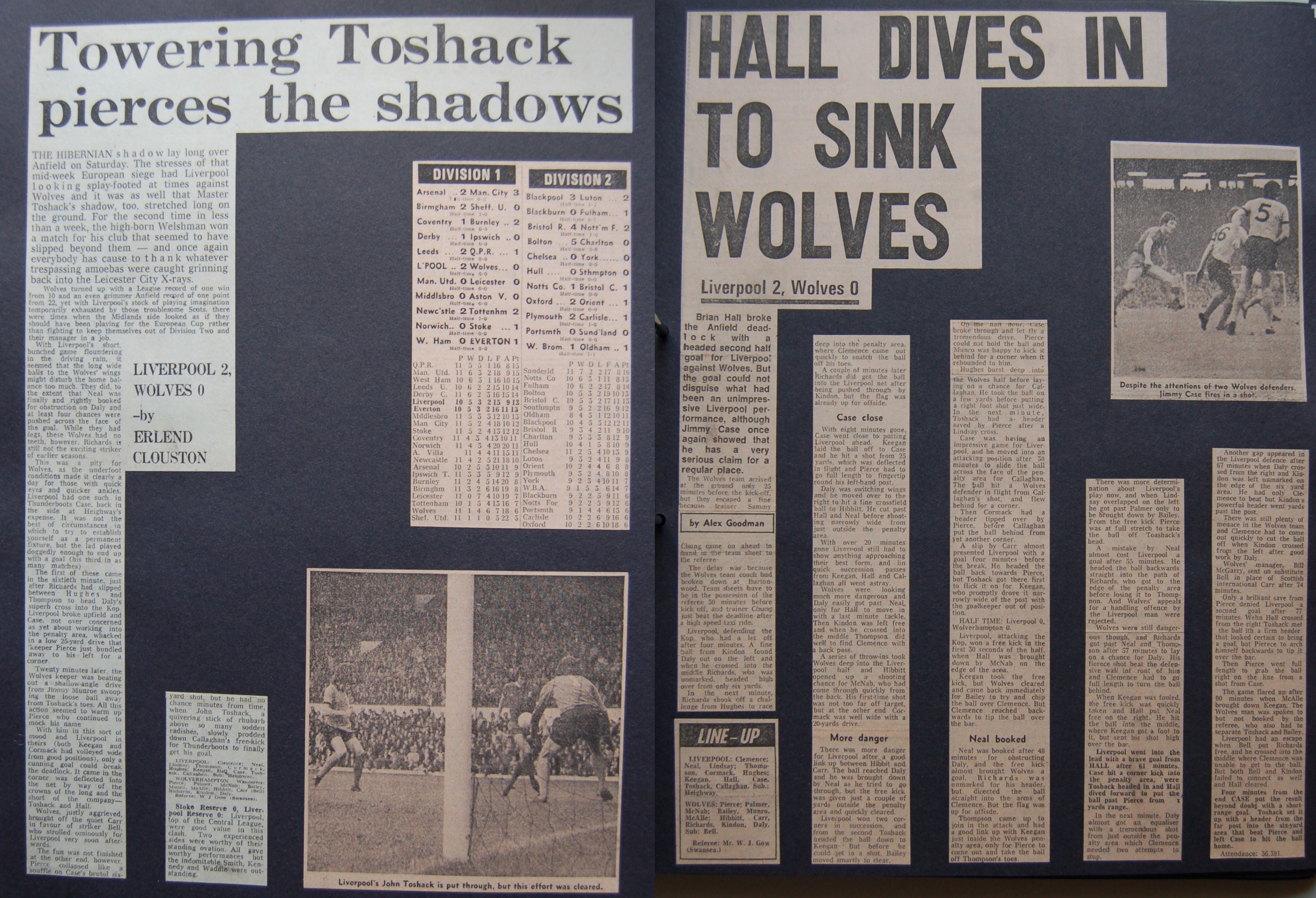 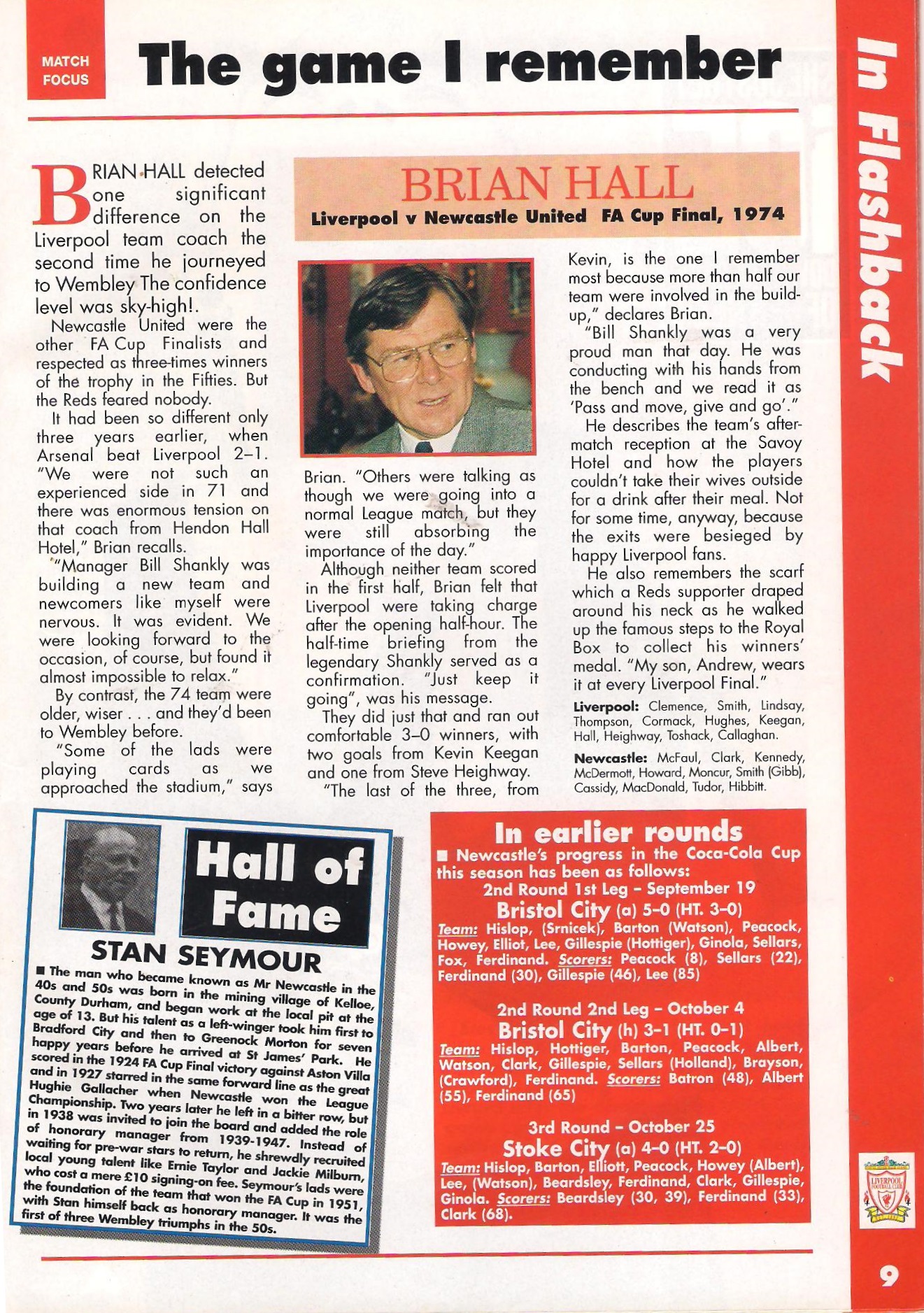 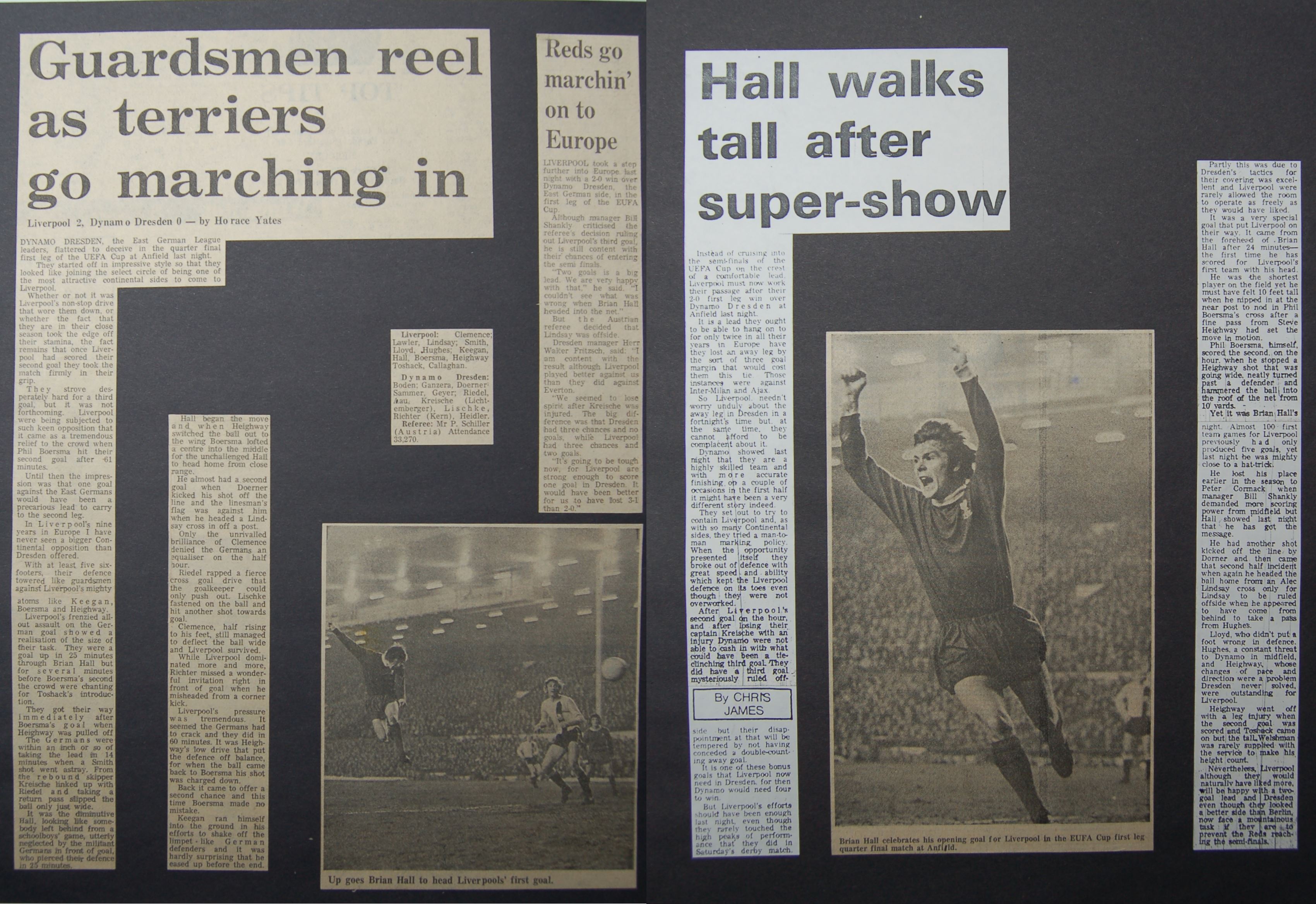 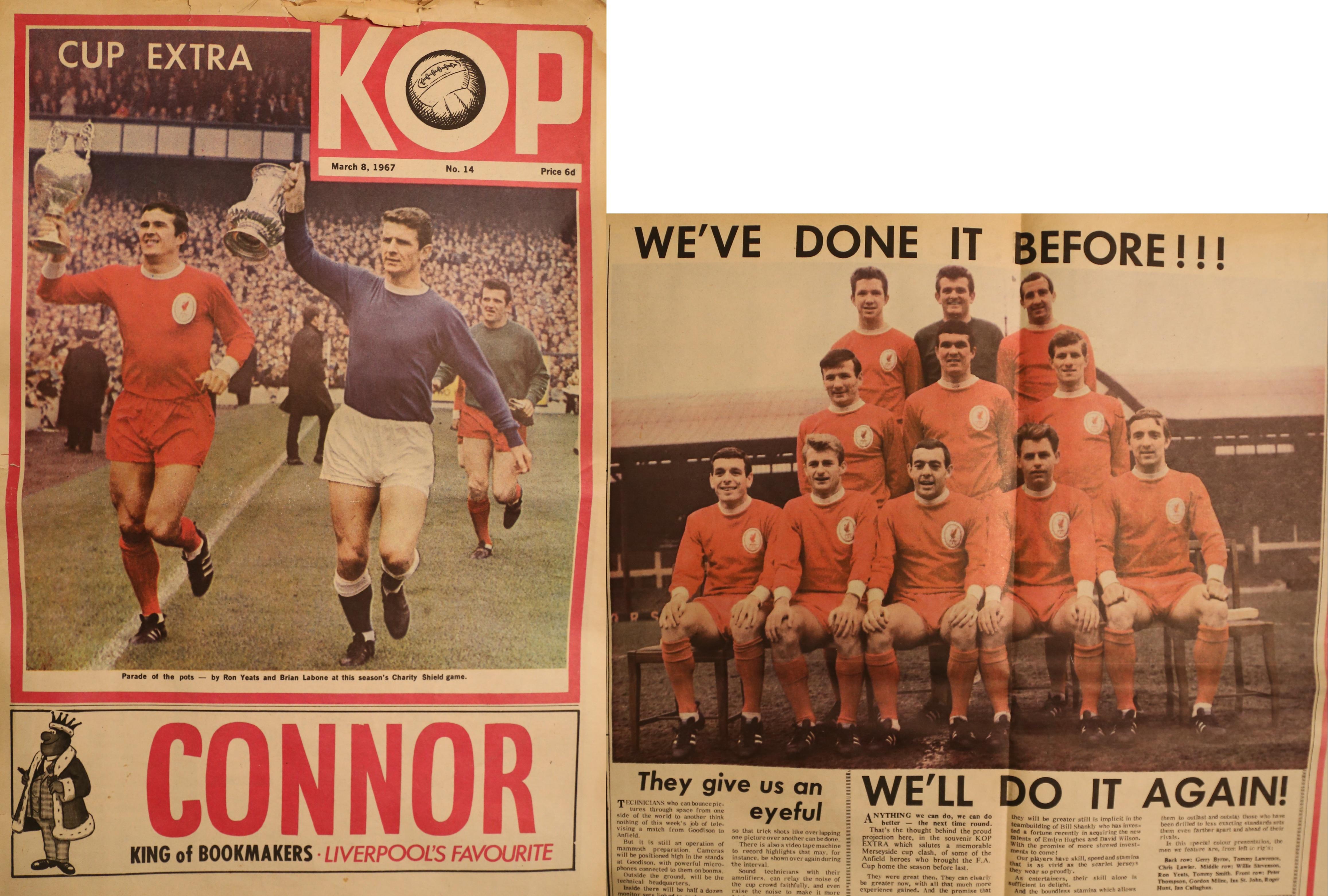 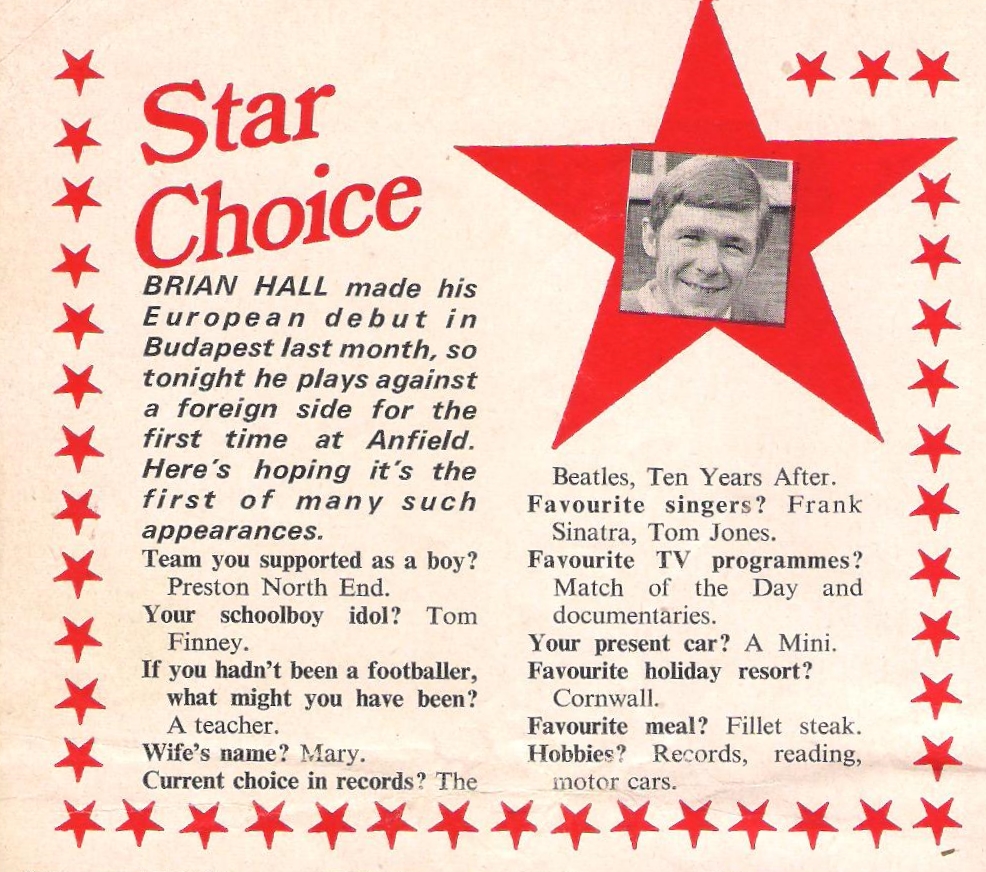 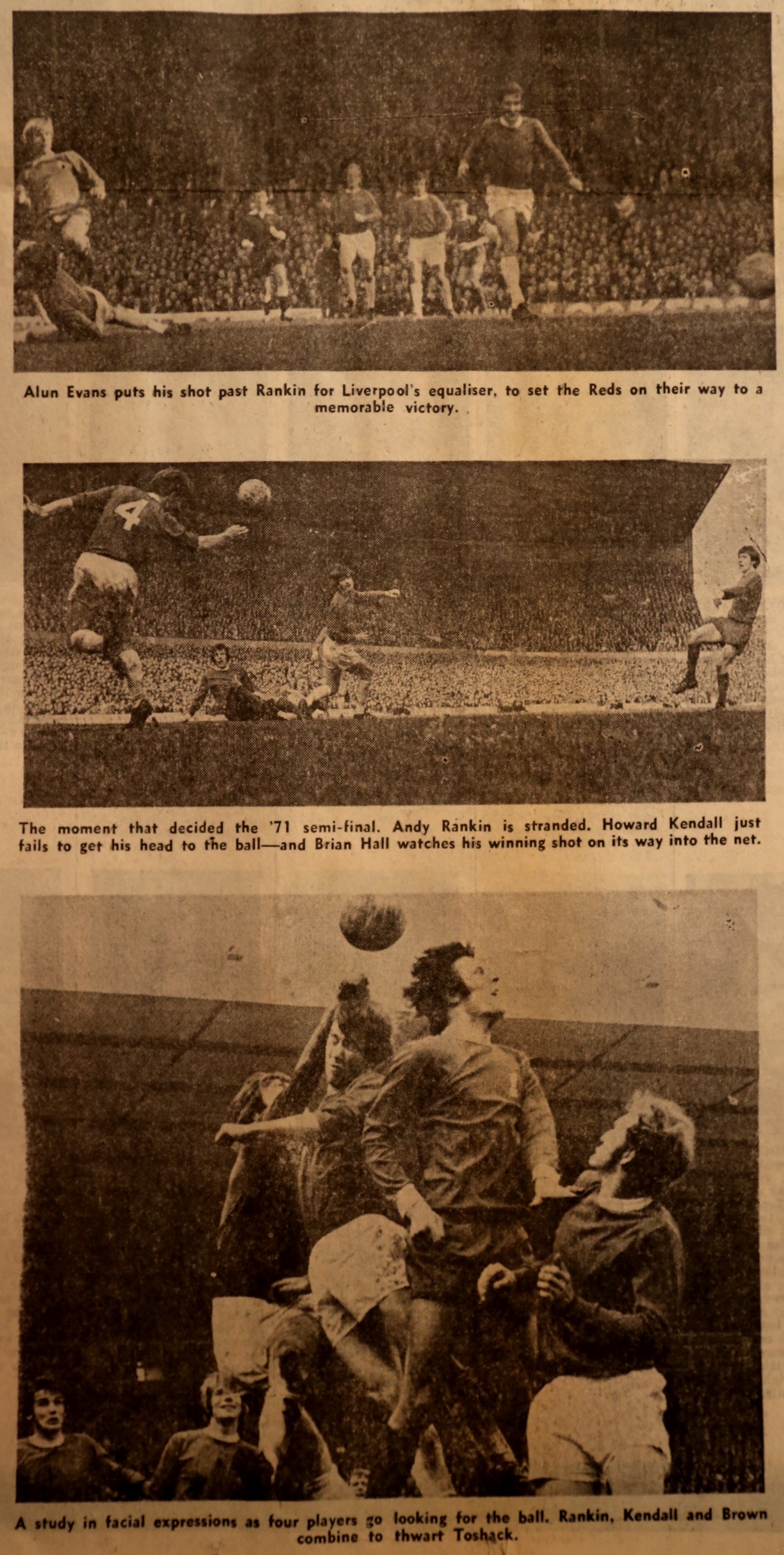 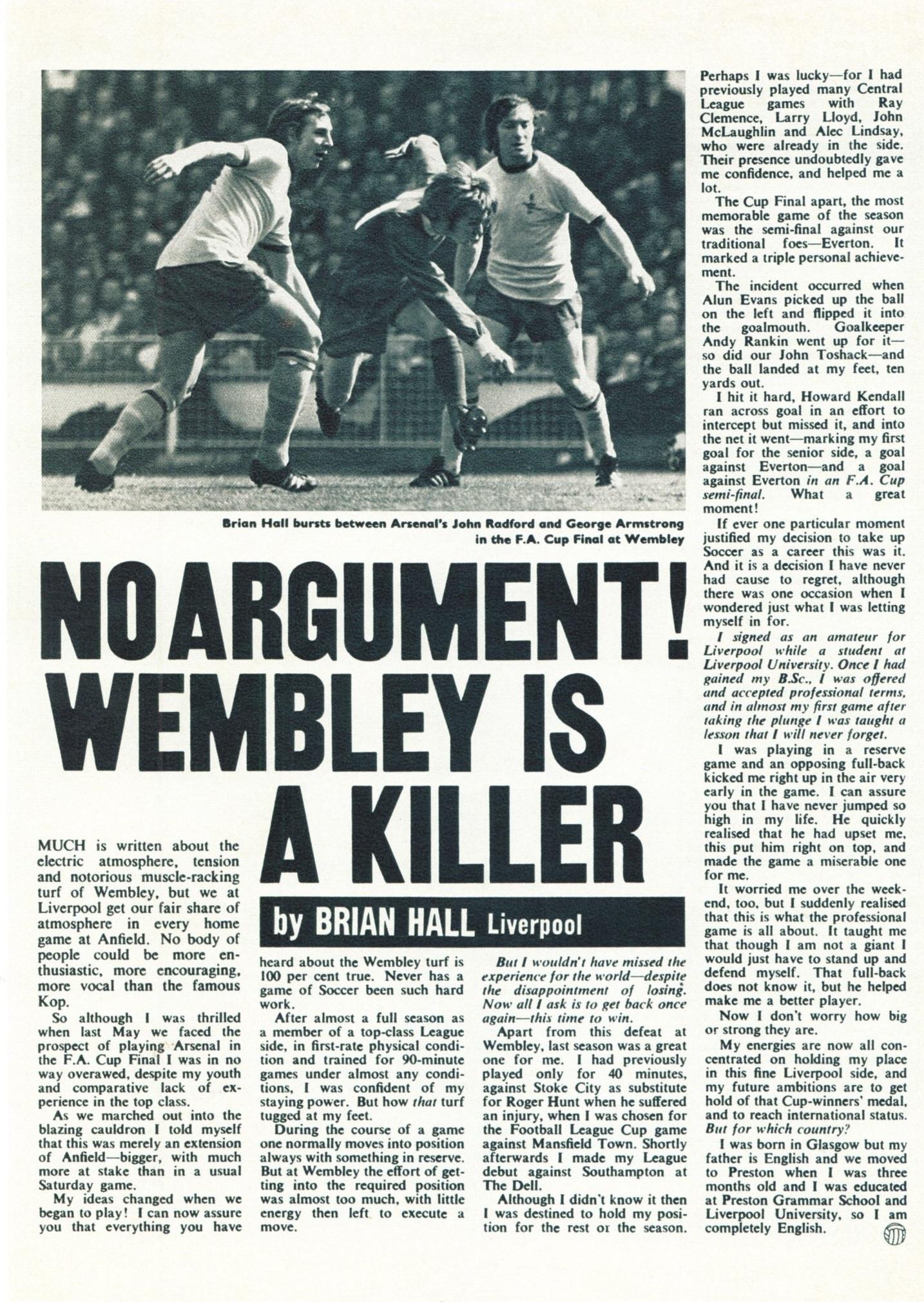