Graham had three seasons in Liverpool reserves, scoring 16 goals in 40 matches in 1963/64, before scoring in his long-awaited first-team debut for the club in Liverpool's first European home game against KR Reykjavik on 14 September 1964. His League debut 12 days later was one of the best-ever in the history of the club as he scored a hat-trick as Liverpool thrashed Aston Villa 5-1 at Anfield two months before his twentieth birthday. He scored in the following game as well as well against Sheffield United but his explosive start fizzled out and he only played 12 matches in the next three seasons.

Graham won a regular place in the side in April 1969 when Roger Hunt and Ian St John were disappearing into the sunset and played all 54 games in the 1969/70 season. After a promising start to the 1970/71 season, he fell awkwardly on the Anfield turf when Chelsea were the visitors early in October and was carried off with a broken leg. John Toshack was signed from Cardiff City only weeks later and Kevin Keegan arrived from Scunthorpe the following spring. Graham's days at Liverpool were numbered and he moved on to Coventry City where he stayed 18 months, playing only 19 games and also being loaned out to Tranmere, before joining his hometown club, Motherwell, signing for his former teammate, Ian St John. Graham enjoyed much success on his return north of the border and scored 37 goals in 132 league matches for Motherwell between 1973-1977. He was signed by neighbours Hamilton Academical for a club record fee of £15,000 in 1977 and added 42 goals in 115 league matches in four years as well as being the club's assistant manager.

City live to fight another night

The Coventry Evening Telegraph on Coventry City - Liverpool on 07.01.1970. 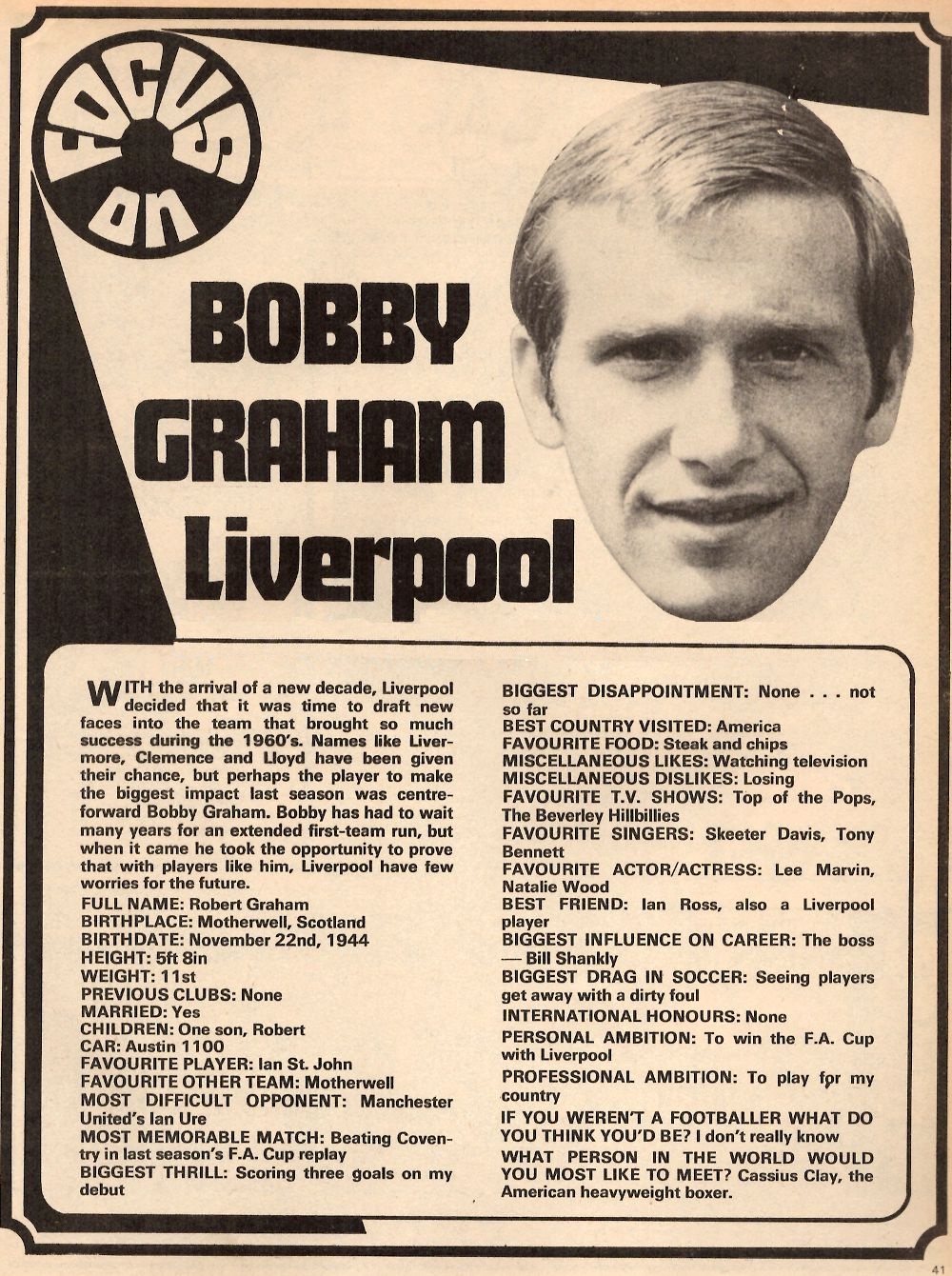 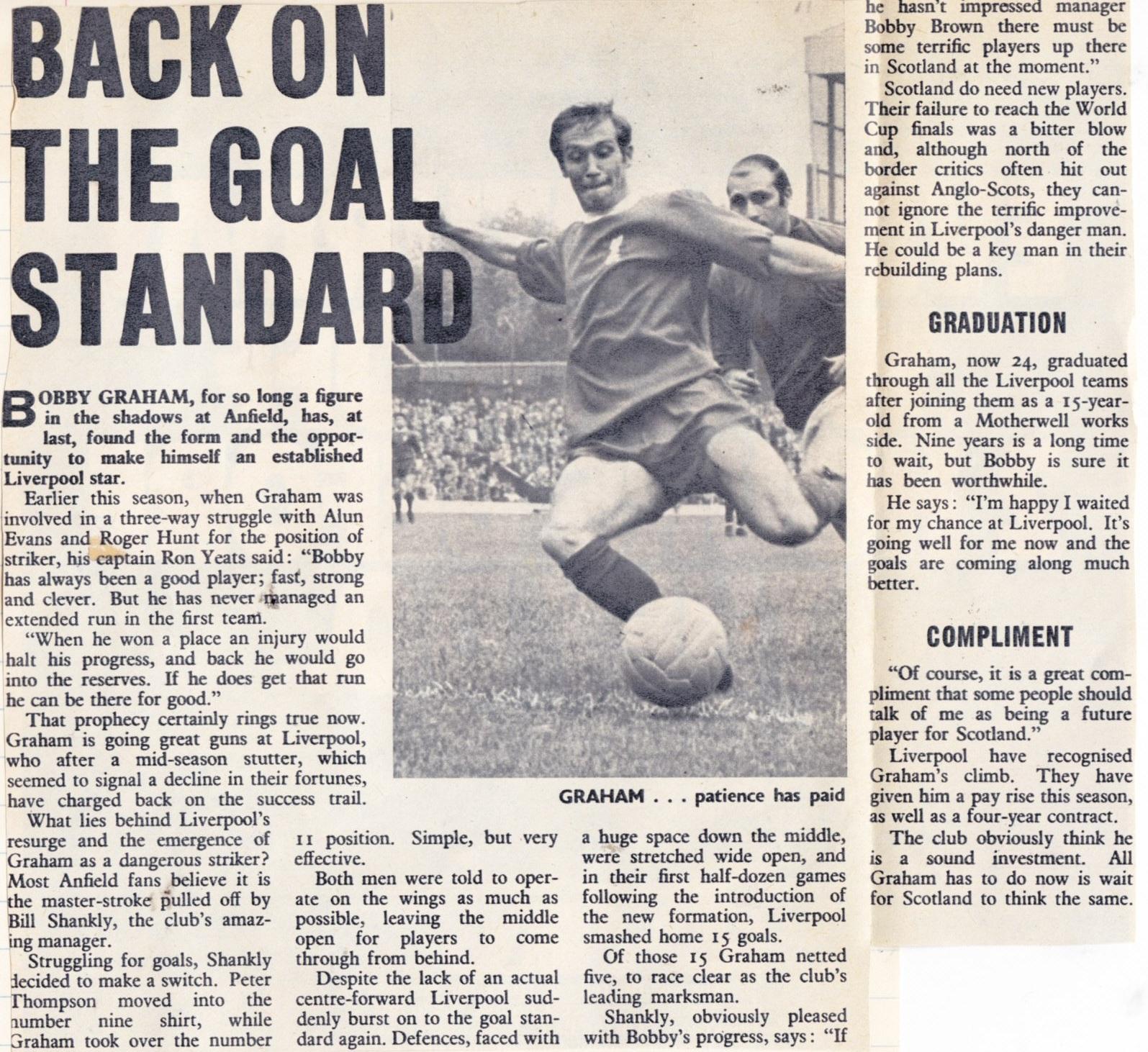 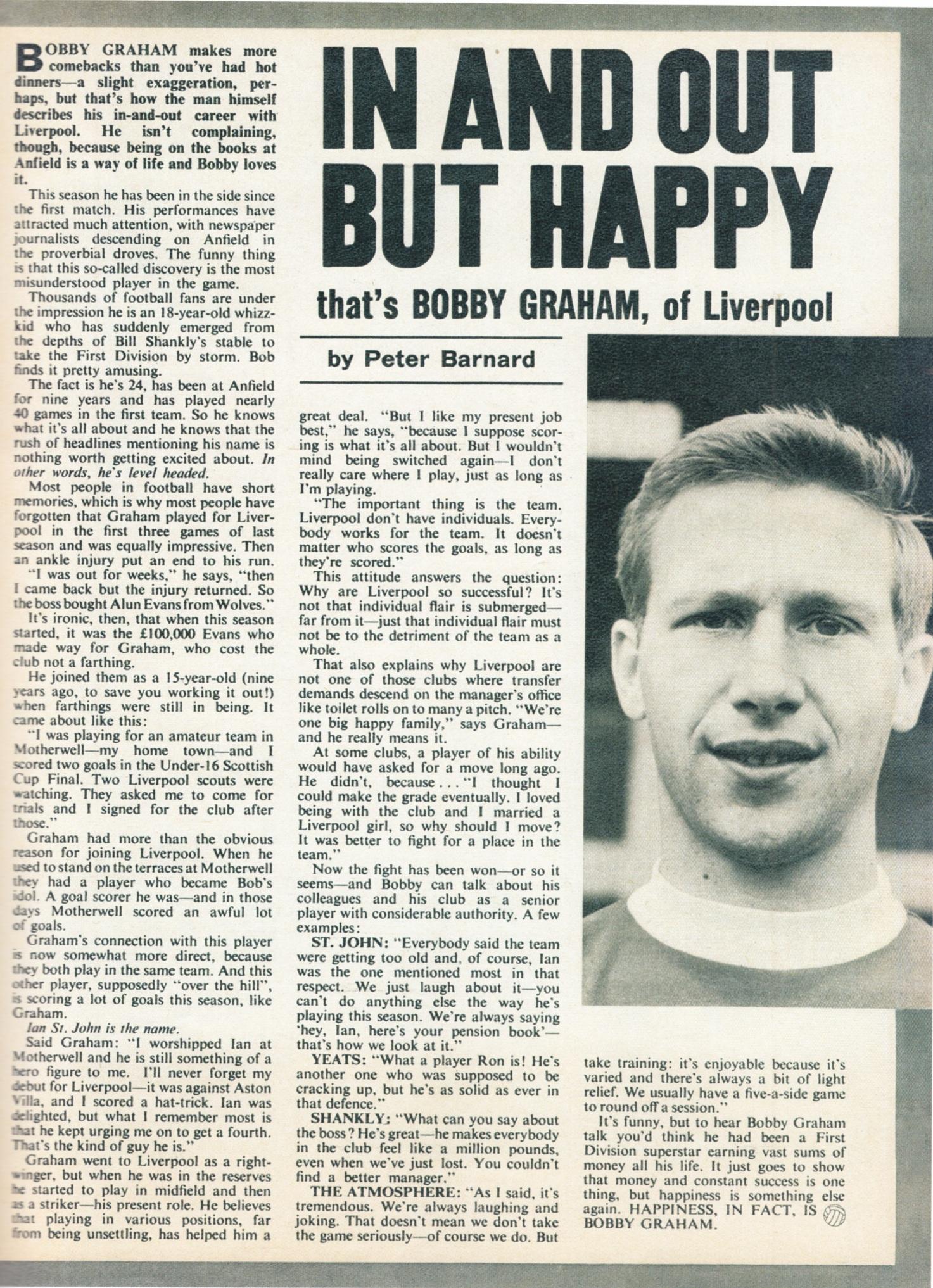 In and out but happy - Football Monthly November 1969 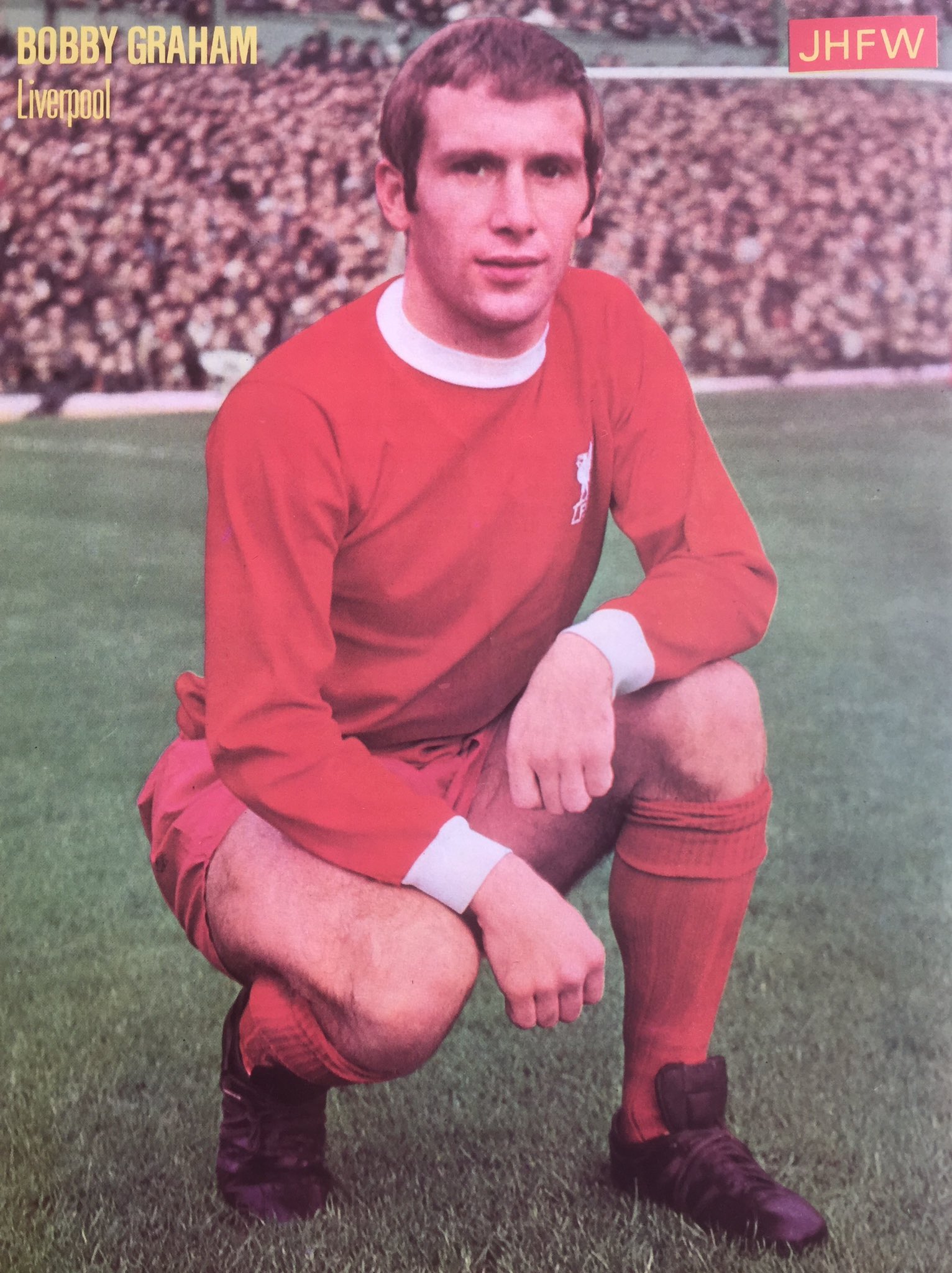 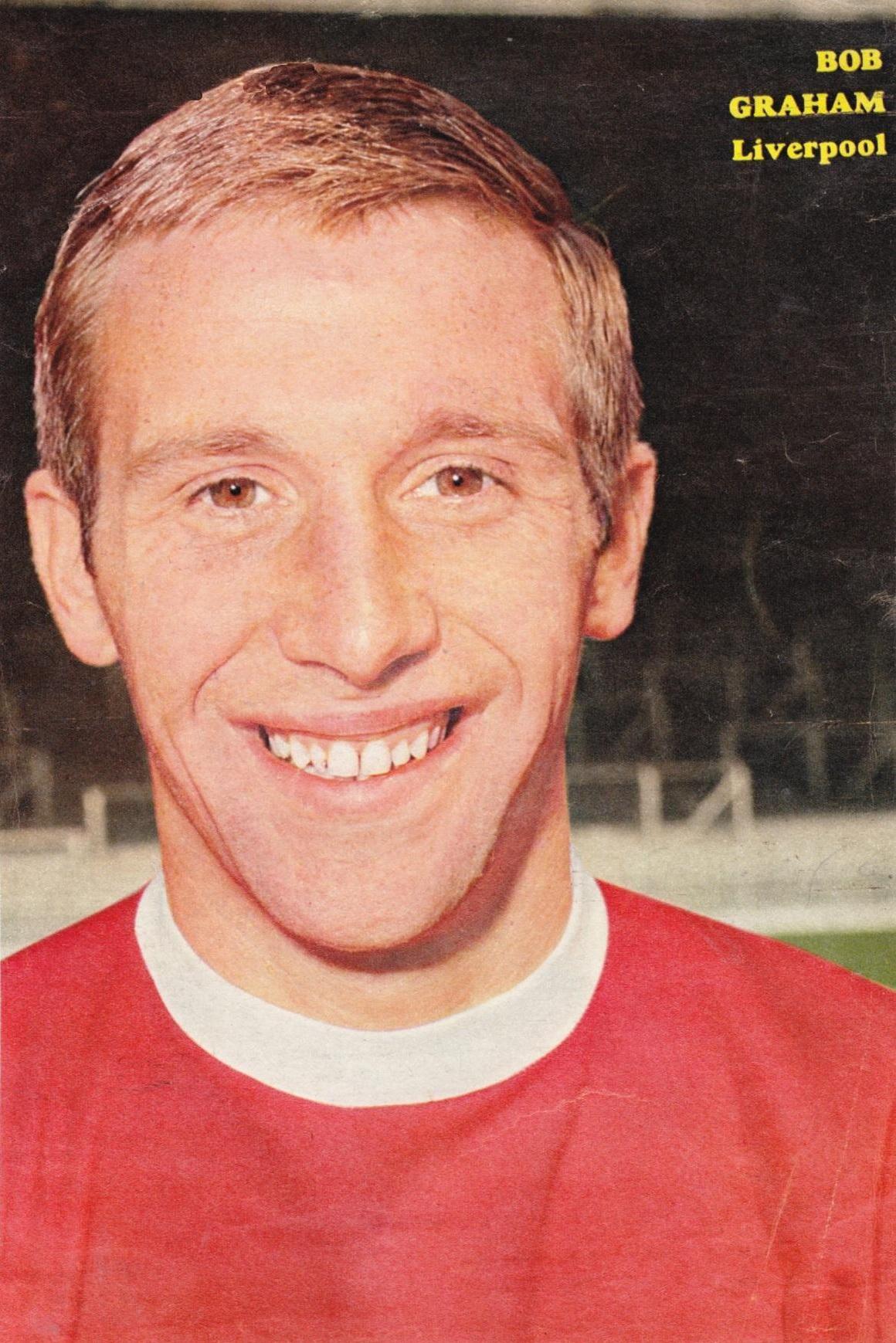 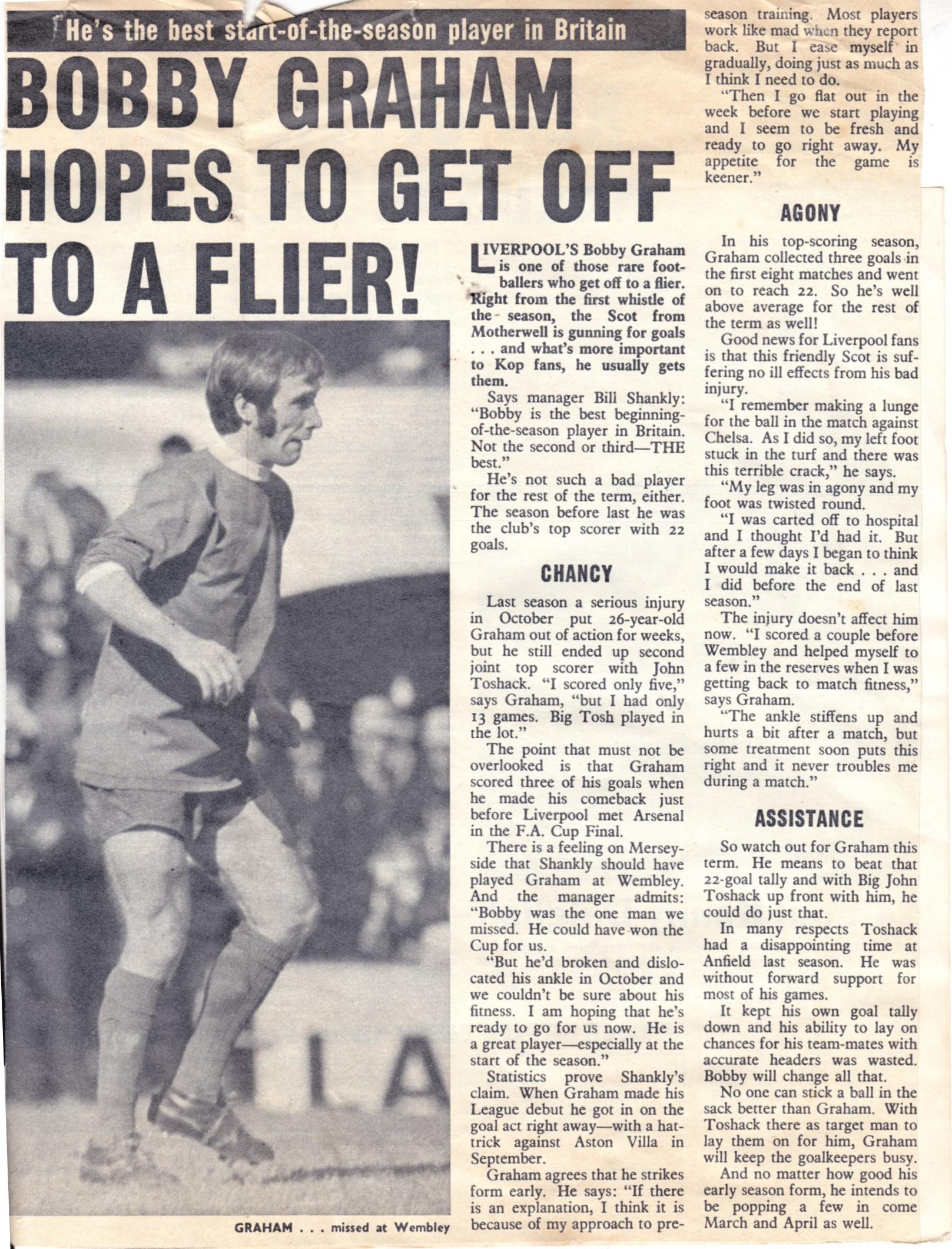 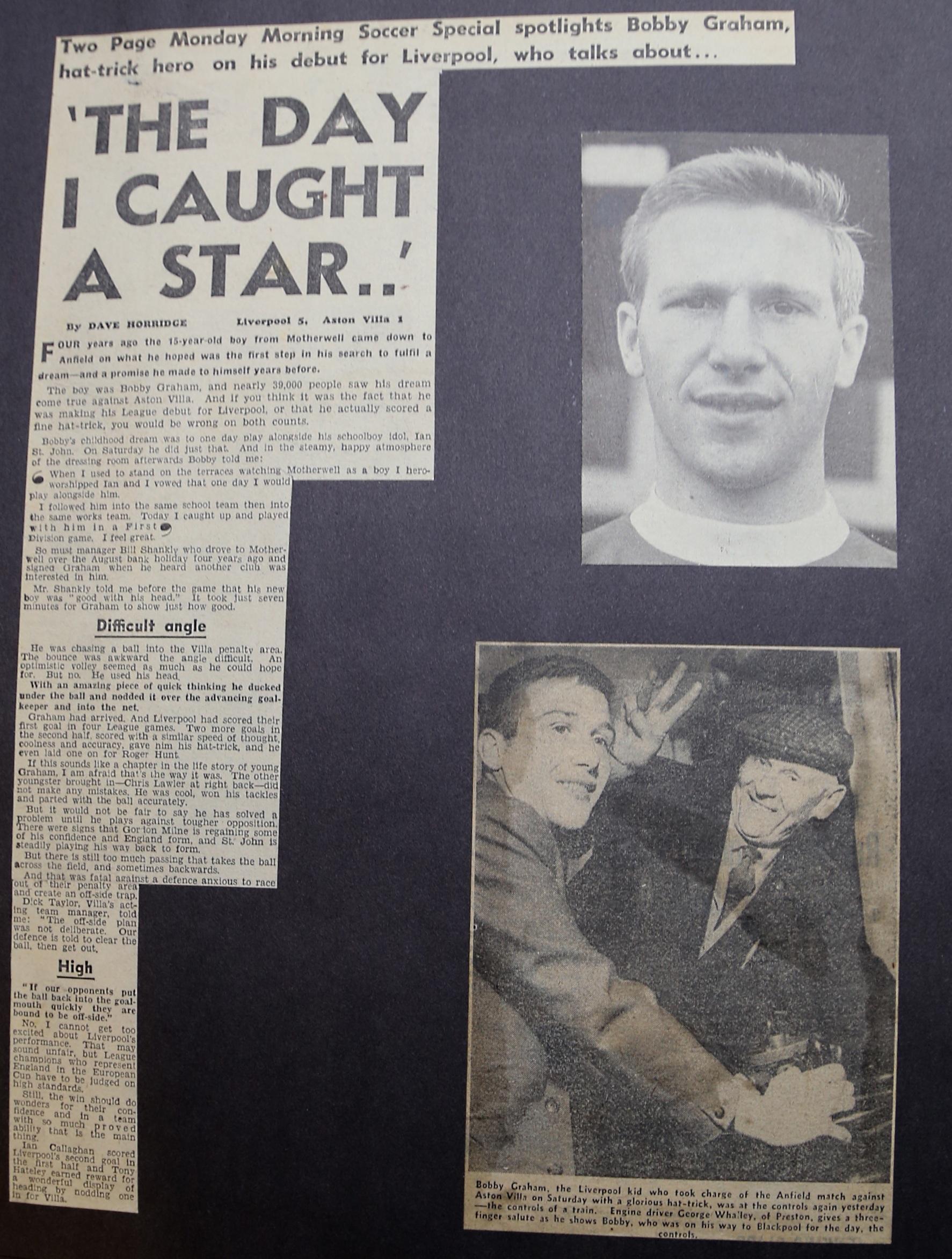 The day I caught a star! 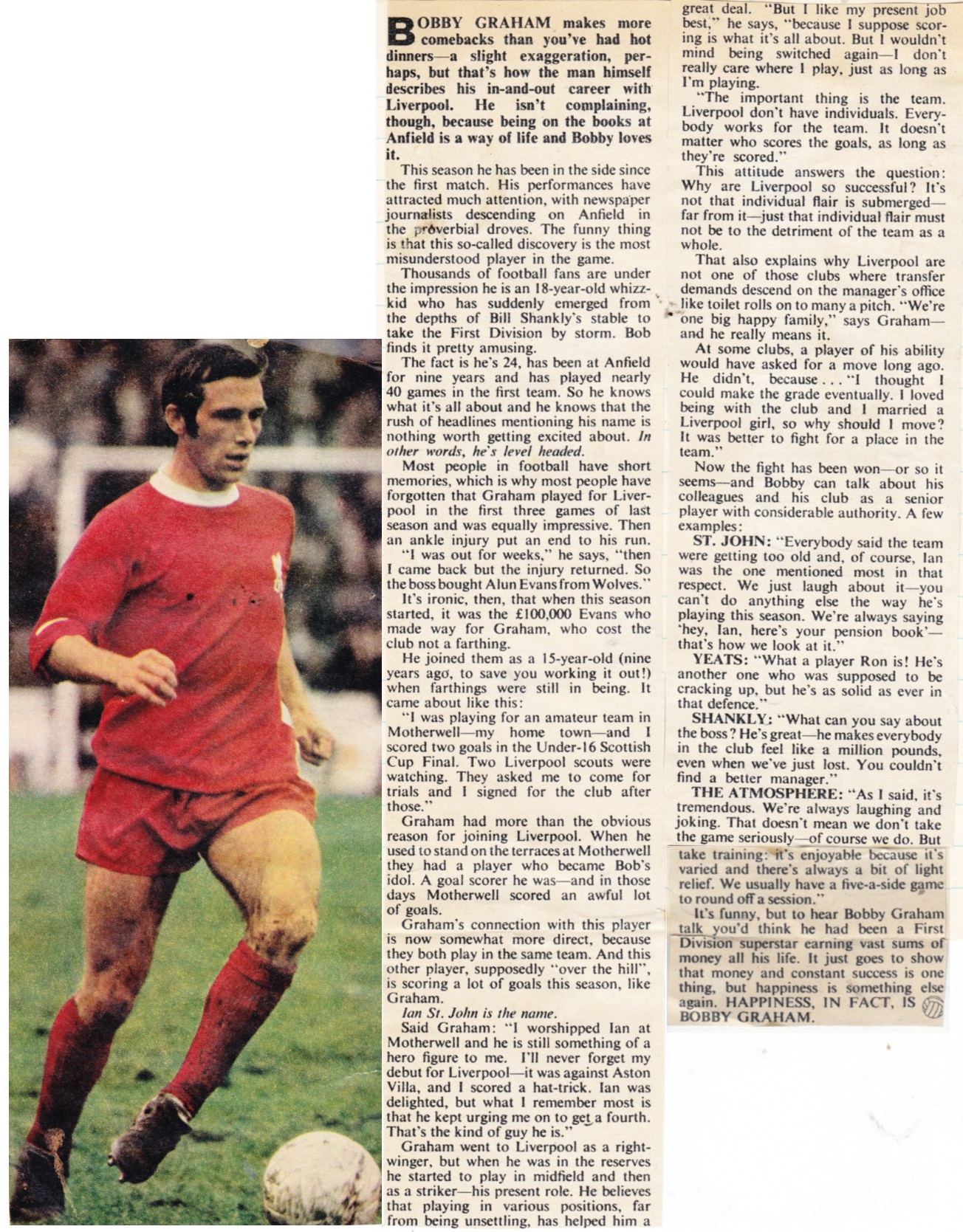 The in and out career of Bobby Graham 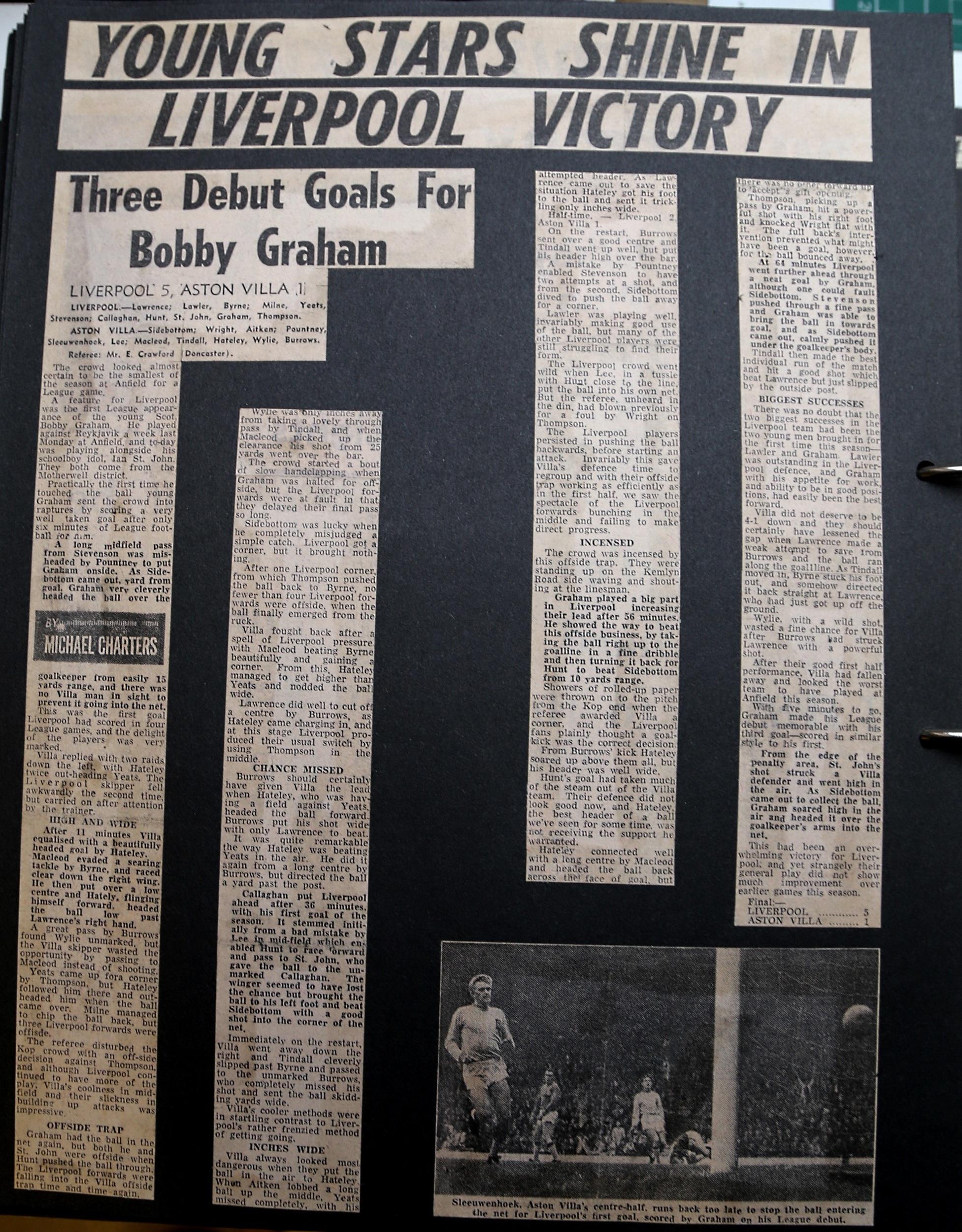 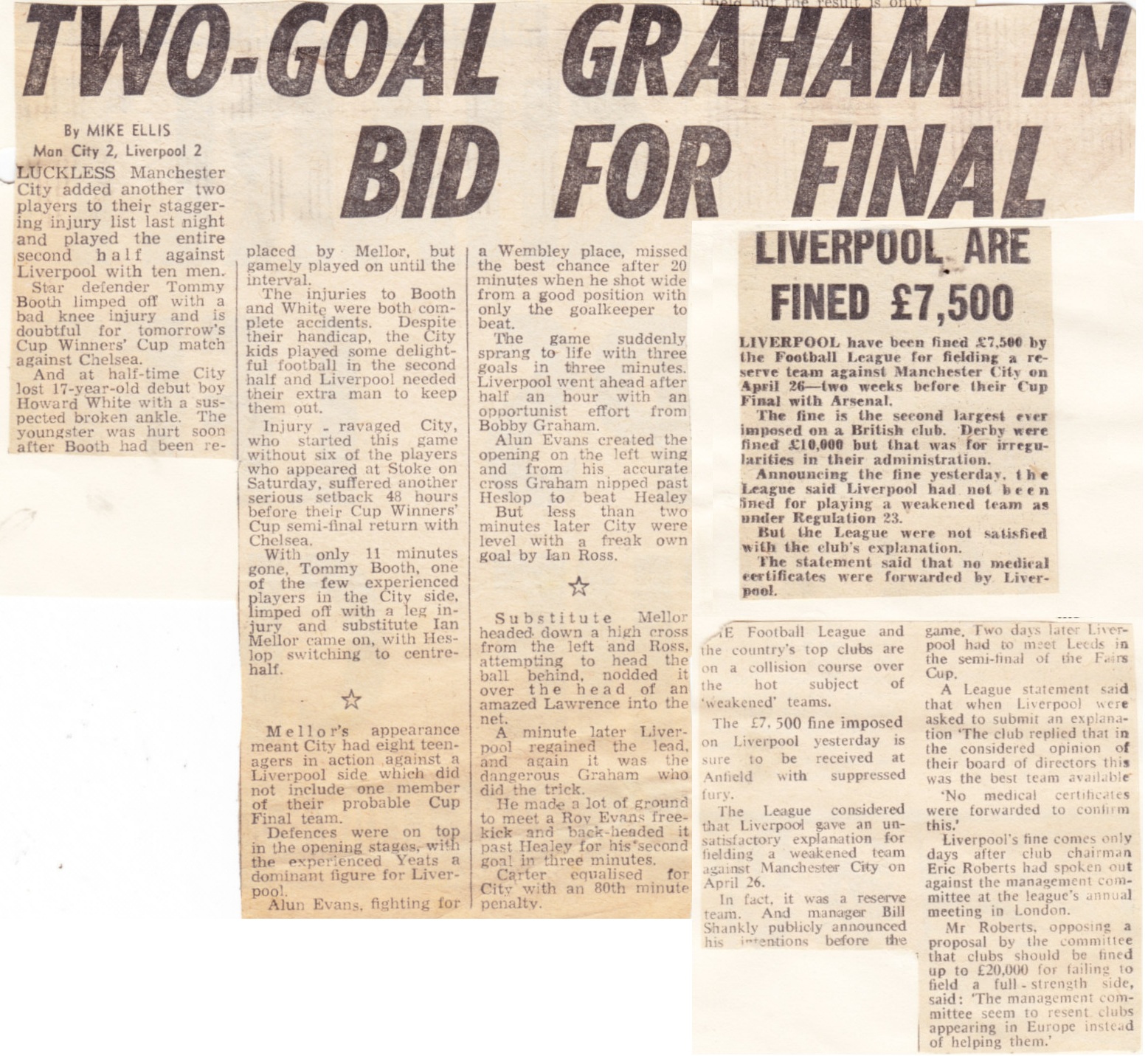