Boersma made his first-team debut almost two years after featuring for the reserves for the first time as an 18-year-old in November 1967. He got a proper run in the side from November 1970 to March 1971 when Alun Evans was out with injury. Kevin Keegan arrived in 1971 and struck up a terrific understanding with John Toshack in the forward line. An injury to Toshack in September 1972 gave Boersma a chance to establish himself in the side but he lost his place on Tosh's return two months later. He did manage though to make 26 starts and scored four goals during the club's successful UEFA Cup run. He also scored seven times in the League that season as the Reds won the title.

Boersma continued to be a good 'squad' player the following season but initially walked out on Liverpool when he found that he would not be named as a substitute in the 1974 FA Cup final against Newcastle. He threatened that he would never play for the club again, but Boersma and Liverpool solved their issues. New boss Paisley was thankful for Boersma's most productive spell at the club which came at the start of the 1974/75 season when he scored ten goals in 11 games when Keegan was serving his ban for being sent off in the Charity Shield against Leeds. Paisley found room for Boersma in midfield on Keegan's return but by November the local boy had lost his place in the team. Boersma was mostly on the bench in the first months of the 1975/76 season and moved to first division Middlesbrough in December 1975 where he met a certain Graeme Souness. In 1991 he returned to Anfield as manager Souness' right-hand man, a partnership they had developed at Rangers and then followed Souness to Galatasaray, Southampton, Torino, Benfica, Blackburn and Newcastle. In 2008 he had a brief spell as manager of Welsh side Llangefni Town.

"I was a totally different type to Kevin Keegan. Kevin had come in and done fantastically," Boersma told LFC magazine. "Shanks would always stick by what he thought was his strongest team. He went with Toshack, Keegan and Heighway. I just came in and did my bit and even in that period in '74 when Kevin came back, it was me, Ray Kennedy and Stevie . I think he dropped Kevin into midfield for a couple of games. He didn't do too well and we swapped over again. I went into midfield and Kevin went . You would play anywhere for them. I would have played left wing, , , anywhere. I still enjoyed my time at Liverpool. It was just so difficult to get a chance."

Billy and Barnes at Anfield

It was a momentous occasion when one of the best players in the history of the club, rated by many supporters even as the very best, Billy Liddell, met Liverpool's talisman, John Barnes, in the early 90's, at Anfield.

The Coventry Evening Telegraph report on Coventry City - Liverpool on 17.04.1973

"He's a vain bastard, I thought he was going to tell me that he was having a nose job."

Phil Boersma, Souness' assistant at Liverpool, on the moment Souness told him that he was having a heart bypass 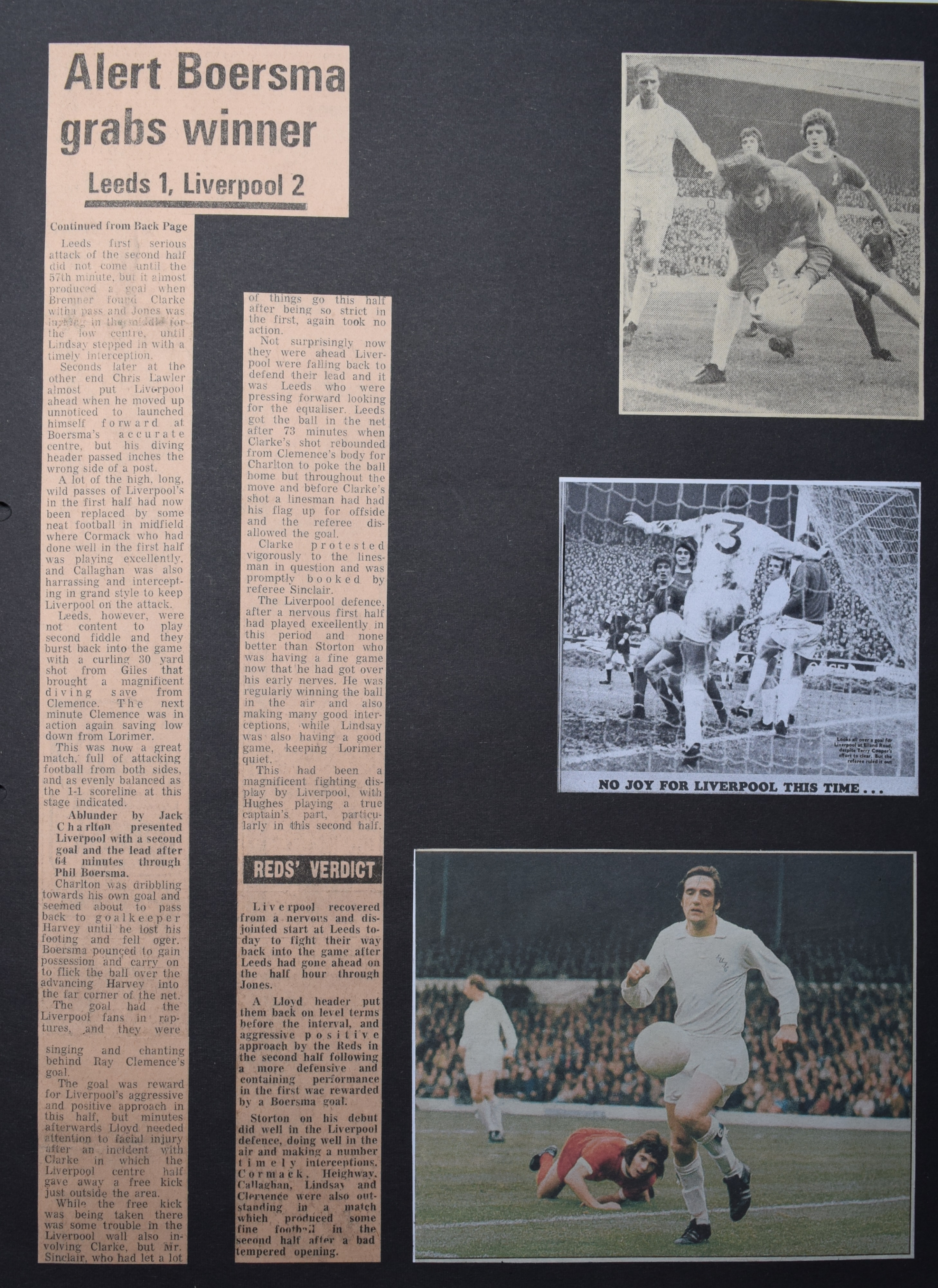 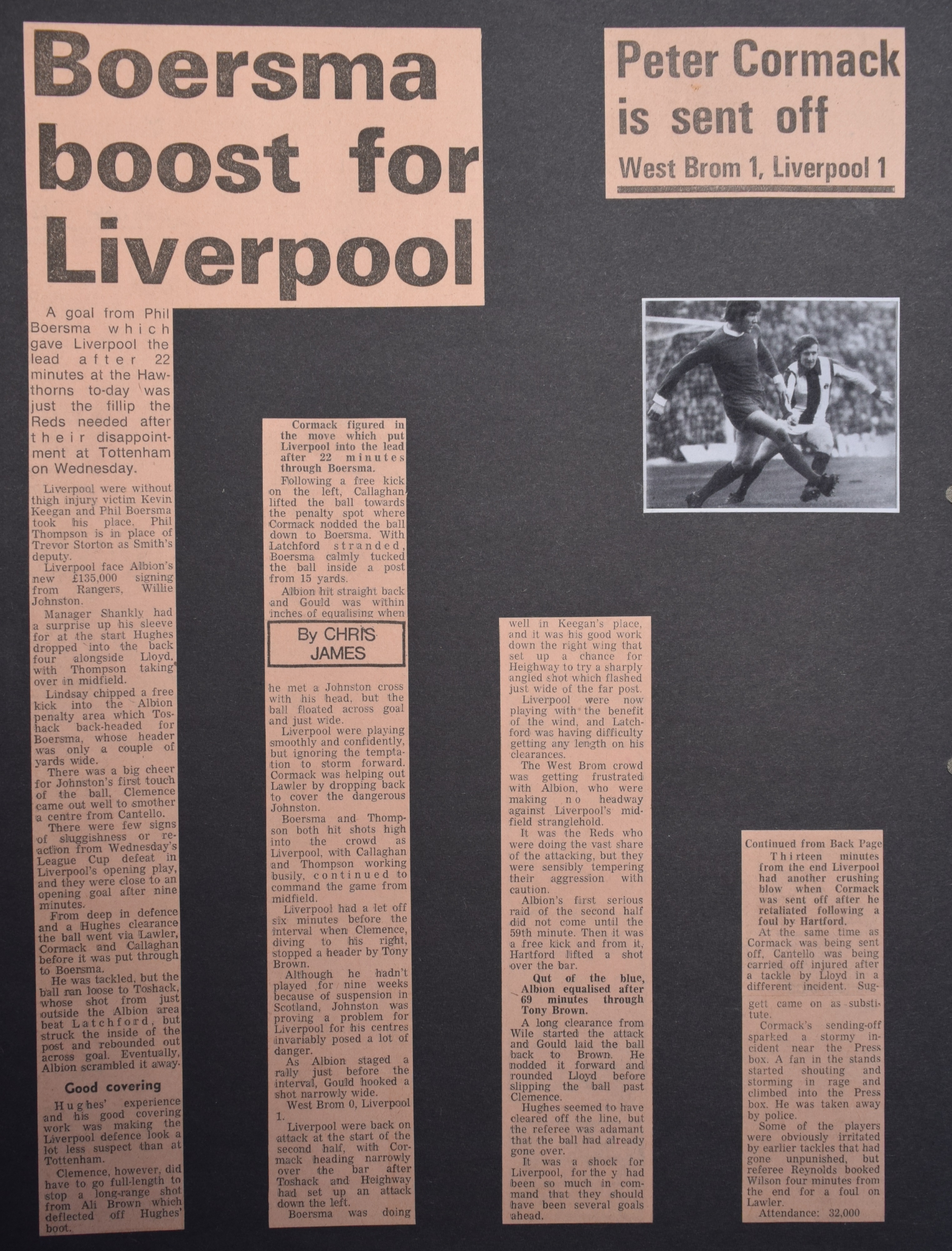 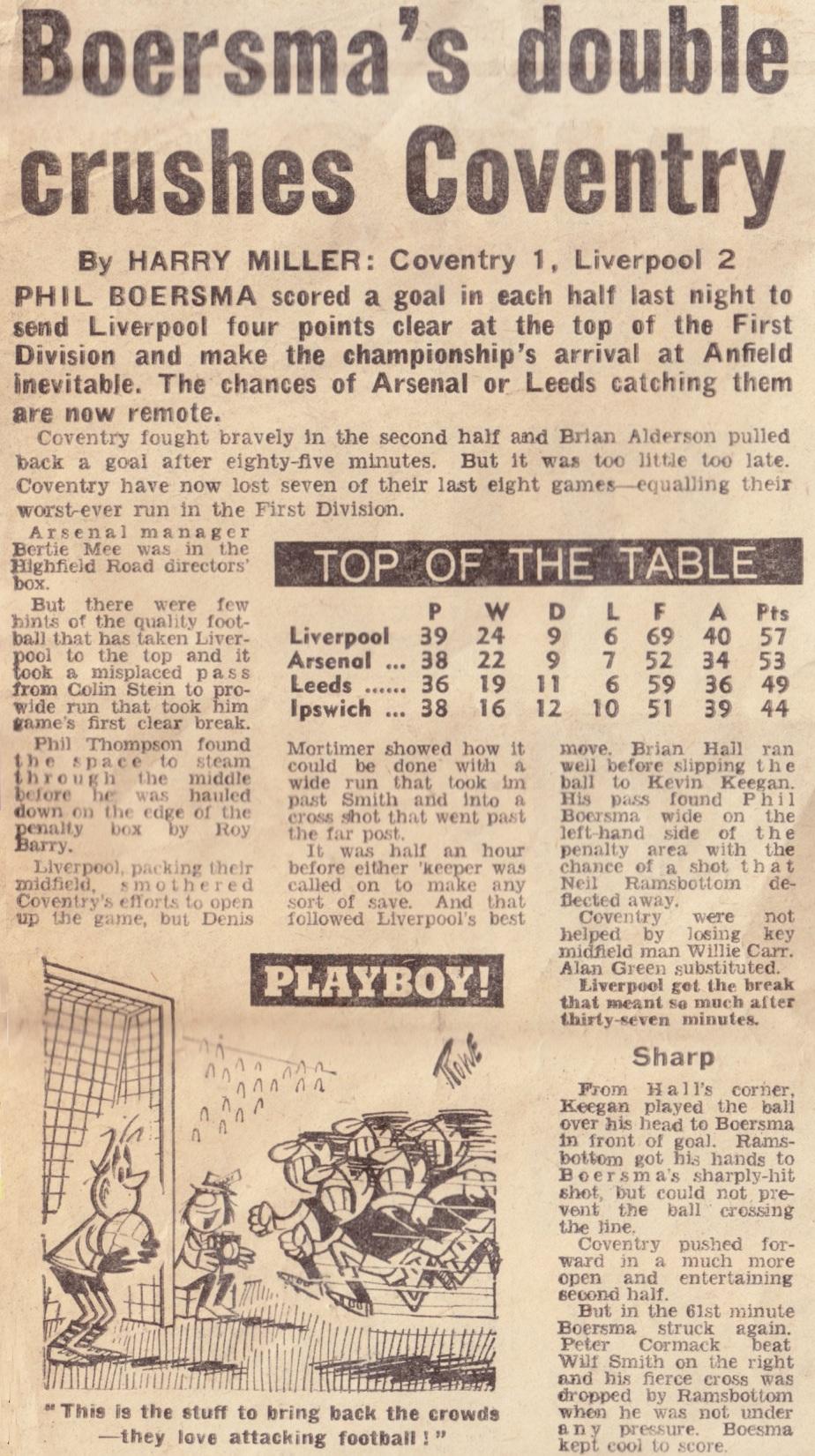 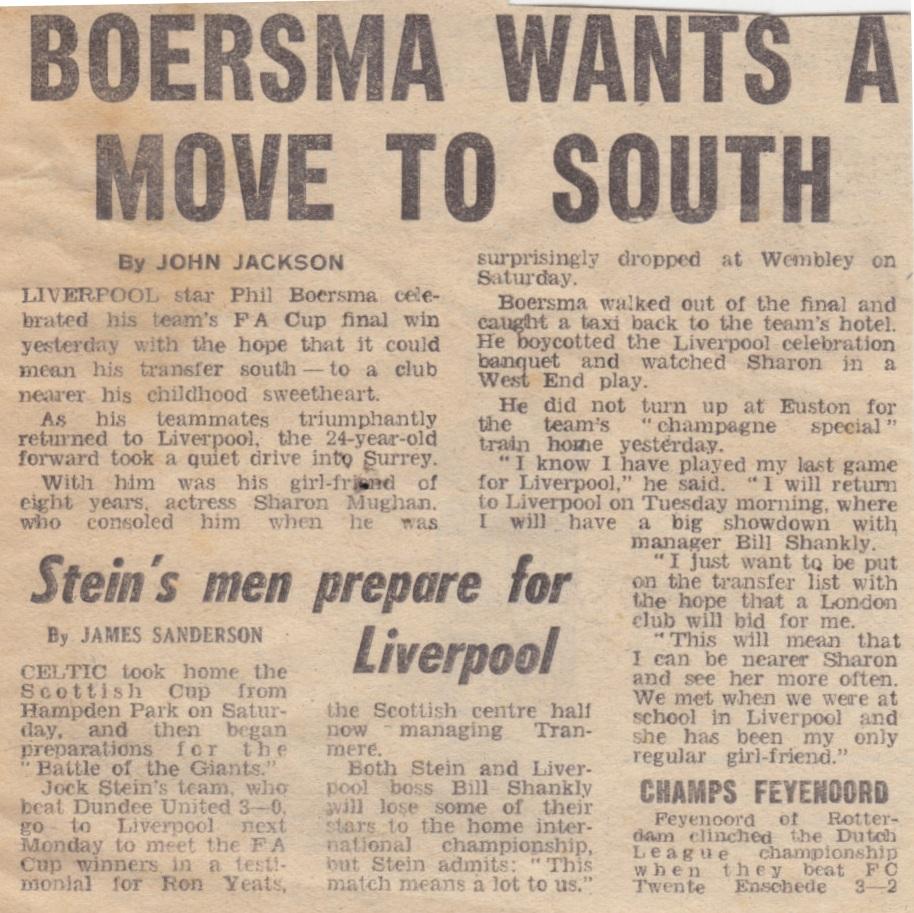 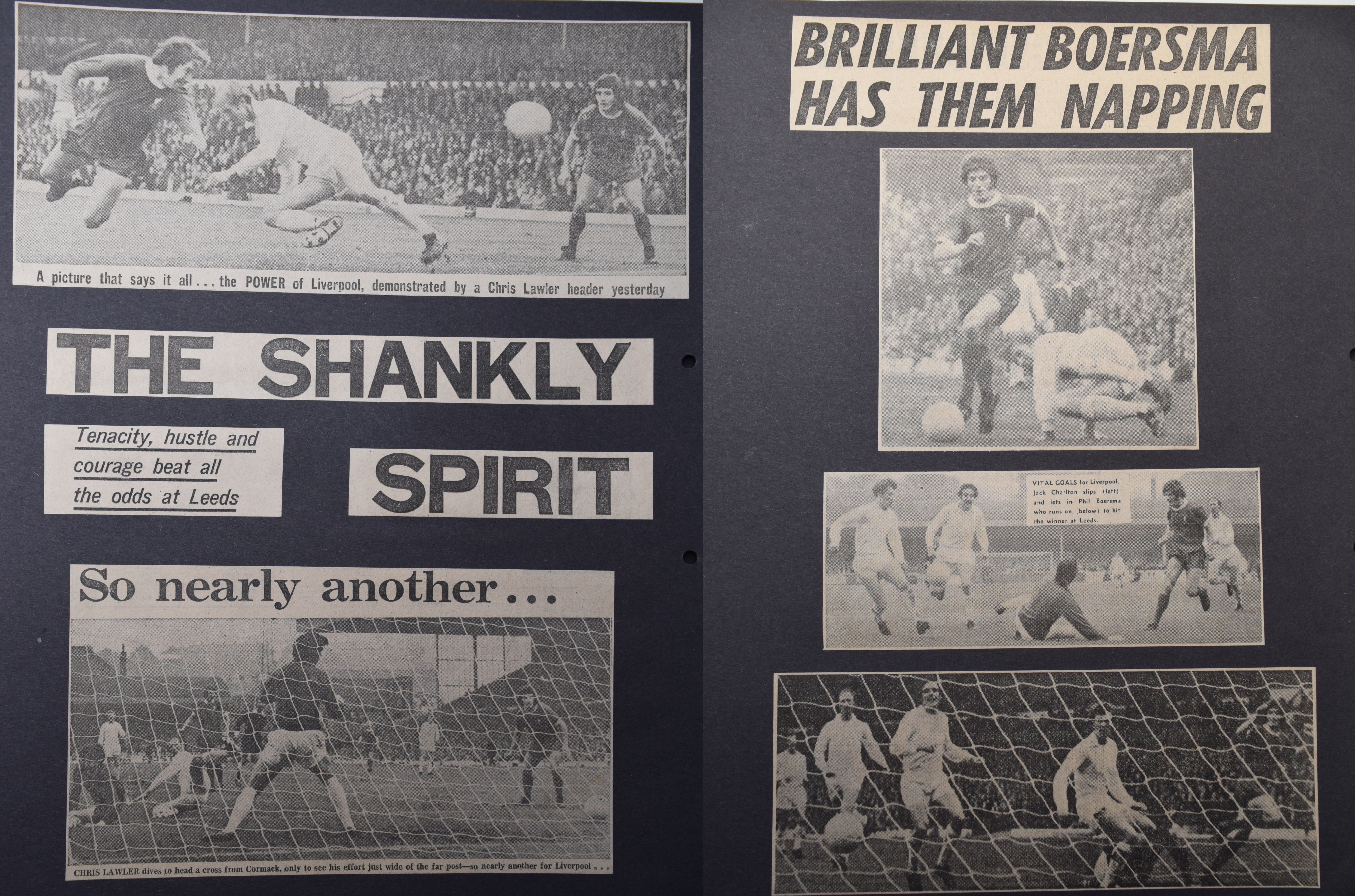 Brilliant Boersma has them napping - 30 September 1972 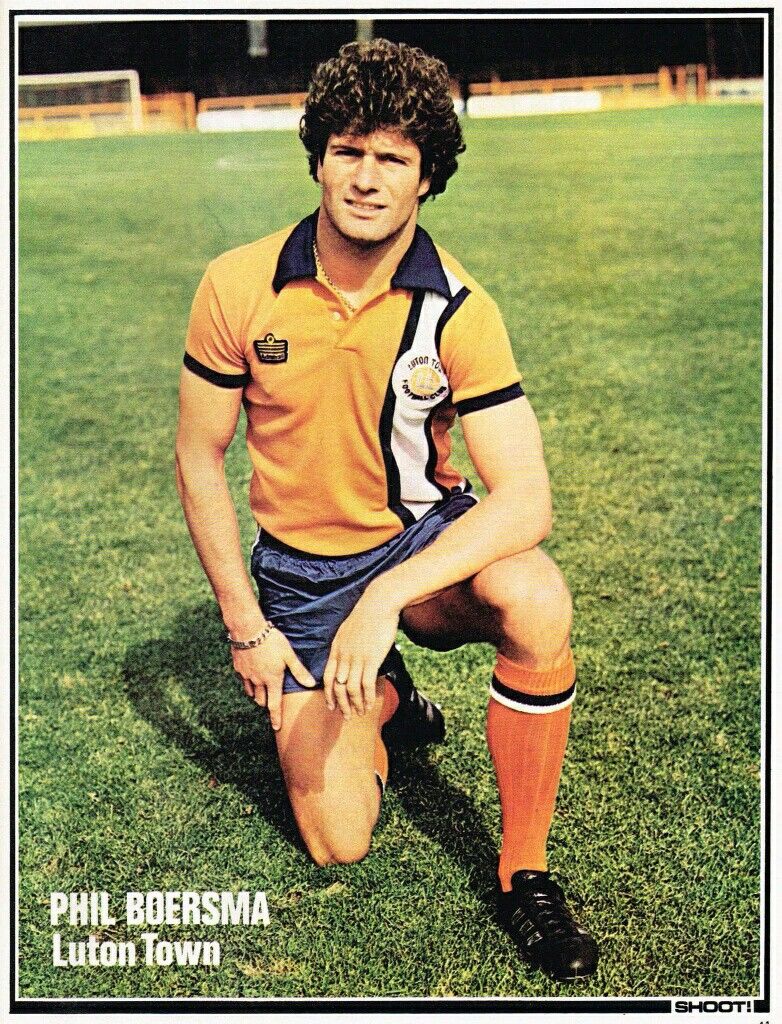 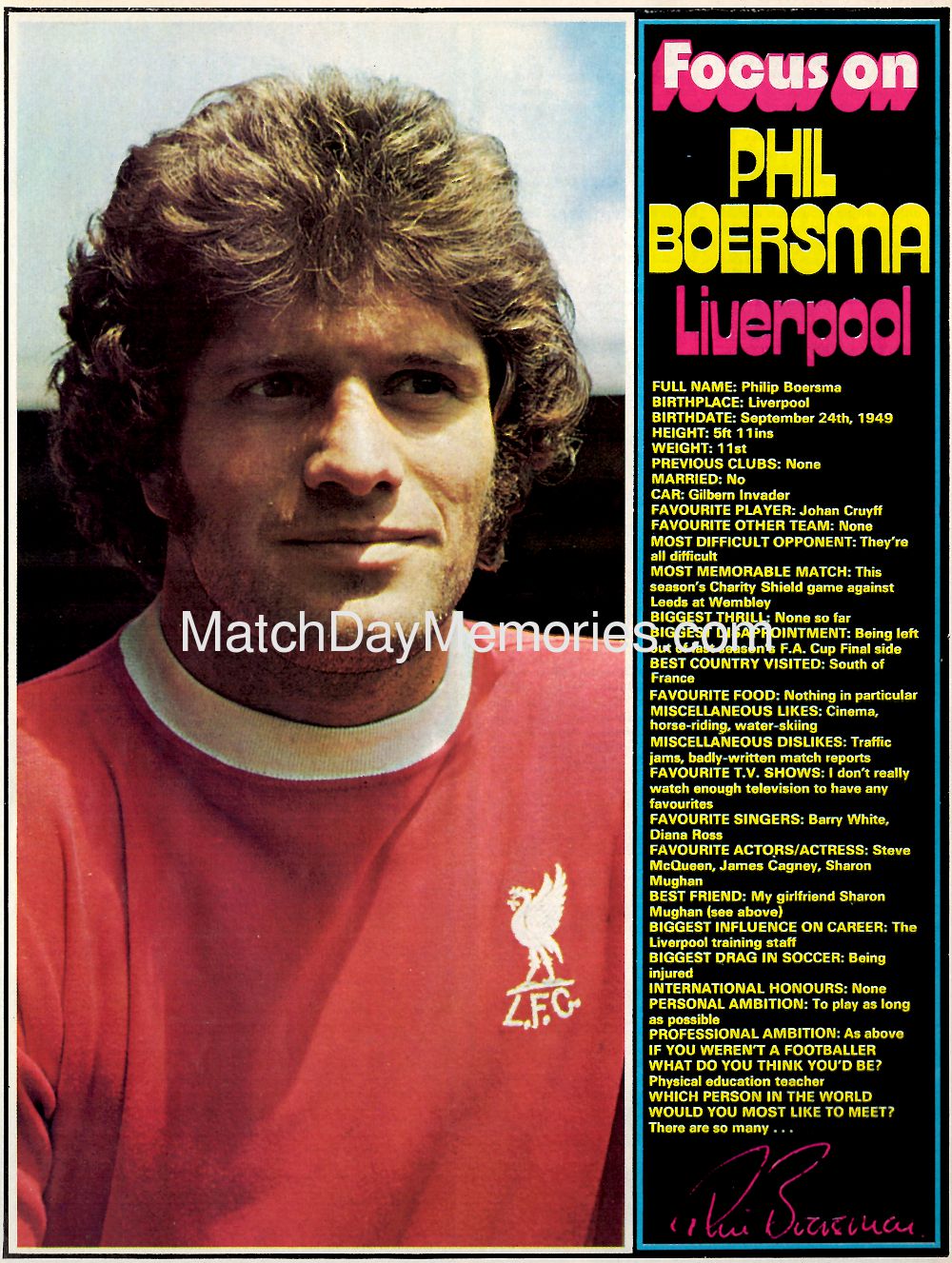