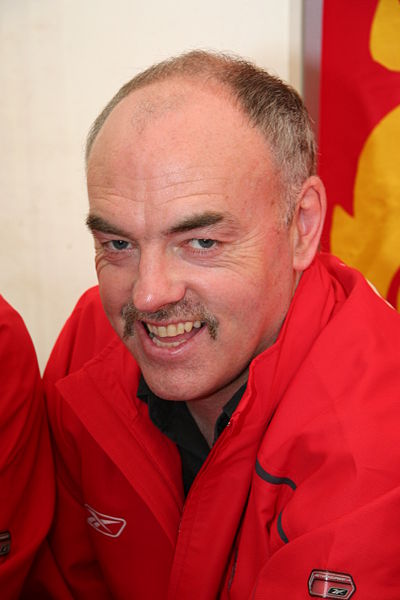 LFChistory talks to Scottish Great John Wark. *When we interviewed John Wark, Jan Mølby was present there as well and of course he had a few things to say along the way.

You burst on the scene as a defender back in ‘75

You had three spells at Ipswich?

* only league games at Boro - could have possibly made 11 more appearances if always selected.

Did you enjoy your stay at Liverpool?

It was a massive club and a big move for me leaving Ipswich. I left Ipswich which was a good team winning the UEFA Cup, to improve. I went to Liverpool and won the Championship. I went to probably the best team in Europe at the time, so I was very fortunate. You’ve got to do the business, if you don’t you could be left out. It was big pressure. There were 9 internationals on the bench or in the reserves. You’ve got to do it every week. At Ipswich there was a small squad of 14 so I was guaranteed to play every week.

You were the highest scorer in your first full season.

Yes, in my first full season, from midfield which was very pleasing. Basically, my third season I was in plaster, twice in one season. When you get injured at Liverpool, it’s hard to get back into the team, because there are so many internationals. I was out for a long time. There was no place for me so that was the reason why I left. I got back from my injury, but the team was so successful.

It’s incredible you only played in midfield and scored so many goals. Did you ever play up front at Liverpool?

Always midfield. Even at Ipswich when I scored 36 goals in one season in ‘81.

Did you have any choice of staying at Liverpool?

I could have stayed in the reserves and play the odd game, but I love playing football and I don’t like sitting on the bench. That was the reason I left. Actually I went back to Ipswich, because my wife is from Ipswich and she was a bit homesick as well. I dropped a division, don't forget that.

You never played in your native Scotland…

I went from Glasgow in Scotland and came to Ipswich straight from school at sixteen. A lot of players wanted to play in England. It was a big move from Scotland to Ipswich, but I wasn’t scared.

You were chosen the double footballer of the year in 81’ and a big star. Then you had a memorable role in “Escape to Victory” in 1981.

It was a very good movie and is still playing now. I spent five weeks making the movie in Budapest in Hungary and mixing with the likes of Stallone, Bobby Moore, Ossie Ardiles, Pele, famous players. 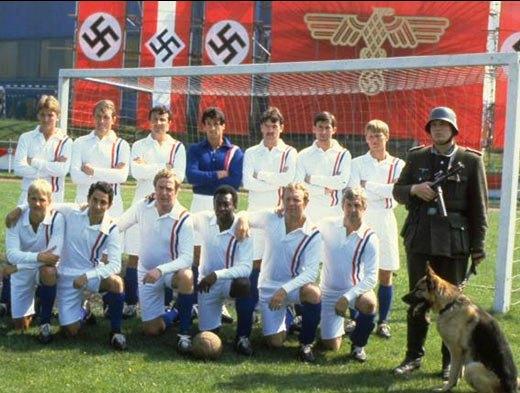 The Allies in Escape to Victory

We discovered there's a homepage for Escape to Victory on the Net: http://www.escapetovictory.spodrum.co.uk/news.php and there we found the line-up for the Allies. First is each actor's character's name.