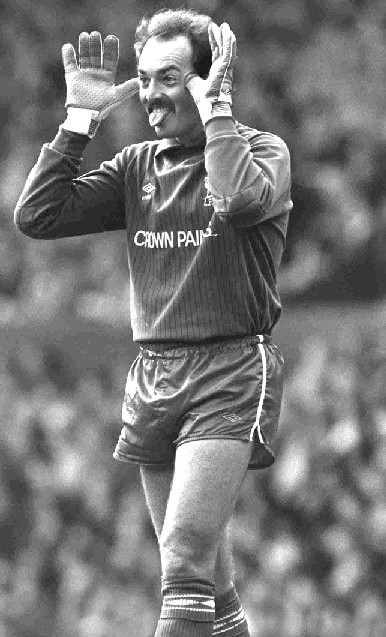 I will never forget going to see Bruce Grobbelaar play for the first time. I had an idea that he would become the next Liverpool goalkeeper even before the match had kicked off. He was playing in the Fourth division for Crewe Alexandra at Doncaster in April 1980. Before the game, he had three of his team mates lined up on the edge of the penalty area firing in shots at him. Bruce was dancing about like a cartoon character stopping every attempt. I turned to Tom Saunders, who was sitting next to me and said, 'We can go, 'I've seen enough'.

Tom and I had to travel to Canada to make a final check on him. He was playing for Vancouver Whitecaps in the North American league, but the saves he was making belonged in the First division. And yet when we signed him in March 1981, we already had the best goalkeeper in Europe. Ray Clemence had 470 First Division appearances and 56 England Caps to his name. His reputation and standing amongst the world's keepers was virtually unrivalled. Bruce walked into Anfield and told the world he was after Ray's jersey. And he said it so Ray could hear!

Our brash new acquisition got his jersey quicker than he expected and maybe quicker than I would have liked. Ray opted to take up the new challenge that Tottenham Hotspur were offering him, and Bruce was thrown in at the deep end. I had no doubts about his ability, but I would have preferred him to have had a year finding his feet in the peace and quiet of our reserve team. Despite his bold entrance, Bruce has always had the greatest respect for Ray. I can't help but think that a season spent observing Clem - his concentration and his discipline - would have prepared him more fully for the long term job that lay ahead of him. But if you could have seen some of the performances he had been turning in, you would have appreciated what a problem it would have been keeping him out of the team... Clemence or no Clemence!

Every young footballer is asked to take his turn in goal. It's a position you either like or you loathe. You can either keep goal or you can't. Bruce is a natural between the posts. When you consider his reflexes, his agility and his co-ordination, you wouldn't swap him for any keeper you care to name past or present. The one aspect of his make-up that everybody questions is his personality. He is a man who insists on living life to the full. If he wasn't enjoying what he was doing, I think he would stop. So he plays his football with sense of fun and bravado. When the Kopites sing ‘Brucie, Brucie, give us a wave’ he waves back. He doesn't wish to disappoint them. He wants them to enjoy their afternoon at Anfield as much as he's doing. But don't get the impression that he doesn't care.

In the privacy of the dressing room few players show their feelings more openly. If he has made a mistake, he certainly doesn't need telling. I've seen him absolutely devastated by a single error. He sets high standards for himself, and that's something you're looking for in a player. When it's his fault he accepts the blame. You don't have to say anything. He punishes himself. 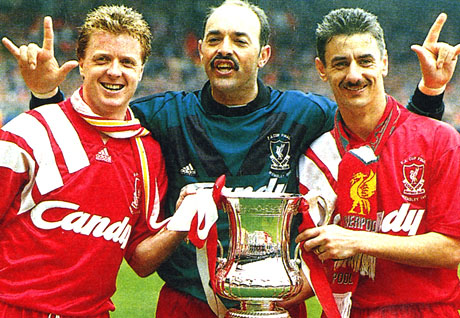 Everybody has an opinion about Bruce Grobbelaar, but it's the opinion of the men who play in front of him that matters most. If they lost confidence in him, he wouldn't last five minutes. But Liverpool defenders have always had a greater appreciation of him than anybody else.

There is not another goalkeeper in the game who leaves his line so often in an attempt to deal with crosses. It is the easiest thing in the world to stand rooted between your posts and leave it to your centre half to try and head the ball clear. Bruce is not interested in the easy option. When the ball is played into his penalty area, he believes he has the prime responsibility for removing it. Just ask the defenders who share that responsibility, how much they benefit from his style of goalkeeping. If the truth is told, even some of our really exceptional back four players have come to rely on Bruce to do part of their job for them. He comes for so many crosses that it is only the law of averages that says he has to miss some. But the advantages of his approach far outweigh the disadvantages, and if his defenders are alert enough to cover for him, they can return some of the many favours he does for them.

Concentration is still the key word that we keep hammering into him. He must be sick to death of hearing us go on about how Ray Clemence could have nothing to do for 89 minutes, and then suddenly have the presence of mind to pull off a vital save. But Brucie's record with Liverpool speaks for itself, and his handling skills, his athleticism, his alert distribution and quickness off his line have all become shining examples that future Anfield goalkeepers will be hearing plenty about.