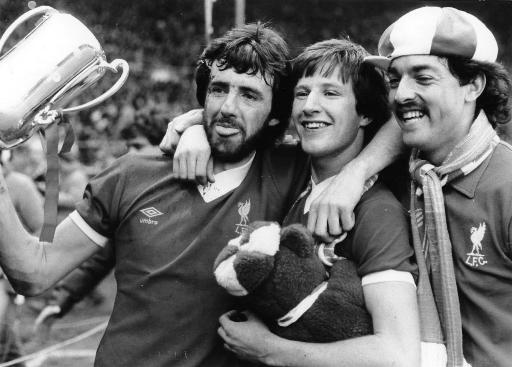 Lawro, Whelan and Grobbelaar celebrating Liverpool's win in the 1982 Milk Cup final in which Whelan scored two goals in a 3-1 victory

Ronnie Whelan has won himself a reputation as being the man for the big occasion. Twice, in successive years, at Wembley, he scored timely and dramatic goals to clinch the Milk Cup for Liverpool. The more important the match, the more important the part he seems to play. He set the tone by running half the length of the field to score a memorable goal on his senior debut against Stoke City in 1981, and he's treated us to a number of unforgettable goals since then. I vividly recall a sensational goal in the dying minutes of an FA Cup semi-final against Manchester United at Goodison, and then he popped in three during a two legged Milk Cup semi with Walsall the year after.

Mind you, I don't want to give the impression that he does nothing in the bread and butter games. I have never believed that Ronnie gets anything like the credit that he deserves. We all showered him with compliments when he first arrived on the scene, and put him on a pedestal from which it was easy to fall. But his record in the face of some troublesome injury problems is an outstanding one.

Ronnie is a two footed player. A lot of the football greats have been largely dependent on one foot. It's a rare gift to be able to dribble the ball with two feet, or play it comfortably whichever side it comes to you. Ronnie is a very sweet striker of a ball. It really pings off his foot like a well timed shot in golf or tennis. No extra power is applied, but the ball zips away because it has been struck perfectly. Oddly enough, he is nothing like as effective when the ball is stationary for a freekick. He prefers it when it arrives with a bit of pace on it. 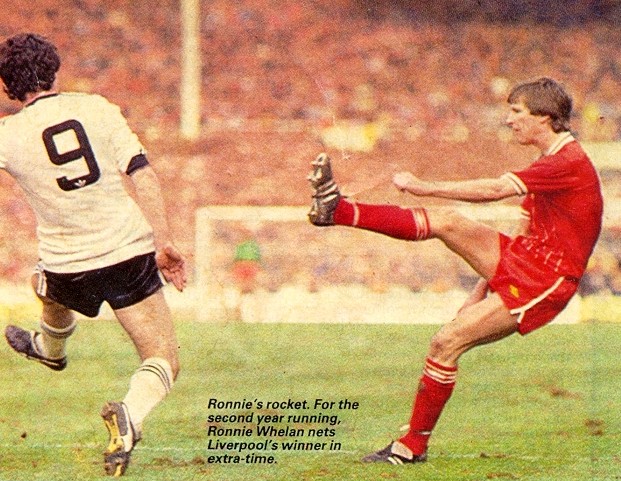 
He may not be a prolific scorer, but his regular role out on the left of our midfield requires a lot of discipline. There are surprisingly few players who warm to the task of patrolling the touchline in the modern game. I suppose we are asking them to be winger/midfield man/full back all rolled into one. There are times when it's difficult to force your way into a game from the flank, and yet the team needs you to stay out there to provide the width that can stretch opponents and create room for others. It's a testimony to those natural qualities that I have listed in Ronnie's make-up that he's able to contribute in all facets of that multi-purpose job out on the left. He's a players' player. His biggest fans are his team mates because they know they can rely on him to do what is asked of him simply, quickly and unselfishly.


He sets high standards for himself. If somebody were to suggest to him that he hadn't quite realised all that rich promise that accompanied his Young Player of the Year Award, he would probably agree with them. He doesn't boast. He never moans. He doesn't make excuses about a pelvic injury that once threatened his career, he just gets on with it.


And when those special matches come round and there are medals to be won and the pundits are asking whether the match winner will be Rushy or Kenny or Brucie, then I look past them all towards Ronnie Whelan and think to myself: 'There's our man for the big occasion."