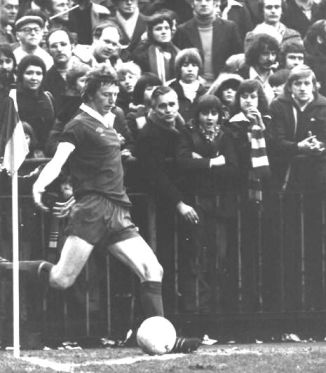 David Fairclough's team-mates clearly expected big things of the flame-haired striker if these quotes from 1977 are anything to go by.

"Dave’s difficult to play with because you just can’t read him – that’s what makes him such a dangerous opponent. The best is yet to come from him and in a couple of years time he’ll be a force to be reckoned with. His best asset is his pace – coupled with his control. You must remember that he’s not a regular yet, and, like a lot of youngsters, might have difficulty in adapting when opponents do get the measure of him. That’s when the real test will come – but I’m sure he’ll do well. He’s dedicated, got a good outlook on the game and has already picked up a lot of experience. Dave can only get better – when opponents read him he’ll develop another trick. He’s got ability you can’t coach into a player." - Kevin Keegan

"Dave is a bit of a secret weapon. Often he’ll start a match and play for 90 minutes without doing a thing. Yet he’ll come on as substitute and within score the most amazing goal ever. But he’ll settle down into a great player – of that I’m sure." - Emlyn Hughes 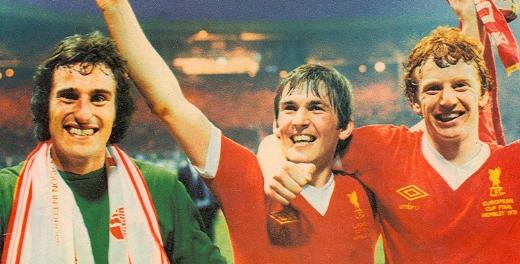 Fairclough was a regular in the 1977-1978 season and finally seemed to have secured his place in Paisley's starting 11. Out of 42 appearances that season he started 34 and scored 15 goals. He must have been looking forward to the 1978-1979 season.

I played a lot of games in the 1977-1978 season and played in the European Cup final. The following season, Paisley said: 'Heighway won't last much longer. I'll start him off this season and see how he goes. He'll be burnt out after 10 games and then you'll come in. That's your slot.' The team got off like a house on fire and were beating everybody 4-0, 4-1, 5-0 and couldn't stop scoring goals. Anybody could have played in that team, really, it was so good.

I never got in for months. The first league game I started was against Manchester United on the 26th of December. We won 3-0 at Old Trafford. I played a couple of games and then I got injured against Everton in March.

In the 1979-1980 season Fairclough scored 13 goals in 12 starts, but from the 1980-81 season onwards he was out injured quite a lot which curtailed his Anfield career. Fairclough started 7 games on the trot in August to October 1980, which was pretty much incredible considering his uncomfortable "supersub" tag, but then got injured and was out until January, featured again in the first 11 for a couple of games and then injury struck again and his season was over in early February 1981. He didn't play again for Liverpool until October 1982! What had happened in the meantime? The arrival of a certain Ian Rush.

I had a knee injury the season before I left Liverpool. As I was getting fit Paisley allowed me to go out and play in the summer to help my recuperation. So he let me go to the North American League and it was fun playing for Toronto Blizzard in the summer. 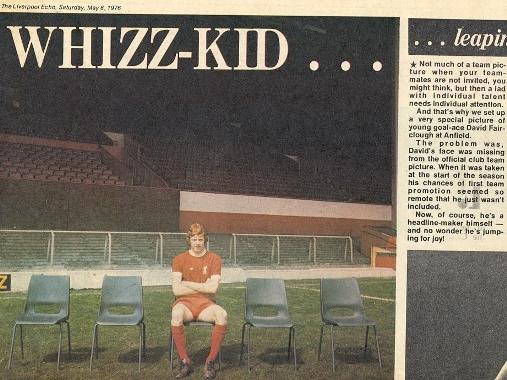 All alone on the official team picture.
(Click on the image to see it bigger.)

Fairclough left England for pastures new in Switzerland, which didn't seem the most obvious choice. Why did you go to Luzern in Switzerland?

Money, probably. When I left Liverpool I was 26 and a half. The injuries hadn't helped me. When I left was the right time for me to leave. I needed to stand on my own two feet a little bit. I wanted to get out of Liverpool as well as a city. It didn't do me any harm whatsoever, but maybe the choice of team wasn't ideal.

Were you a well known figure in Switzerland?

Luzern gave me a lot of responsibility. It's very hard to make the same impact when you're not in a high profile team. At Chrismas in Switzerland I was the third highest rated foreigner in the League. In the second season I scored two goals against Ottmar Hitzfeld's team, FC Zug, in the cup, scored three in the next game against Basel and in the third game in a row I scored the winner.

When you're playing abroad and to come back to England was very difficult because the British have this very insular look when looking at continental football. They are more or less: 'You've dropped a level now'. When I came back it was very difficult to get a good option. Everton showed interest in me, Norwich City and Manchester City.

Fairclough joined Manchester City in February 1985, but left a month later to join Norwich. He only made two appearances for them before departing for Oldham in August 1985. He stayed there for one season before going to Rochdale for one month and then leaving England again, this time for Belgium.

Beveren was a good team and a good atmosphere there. They were just under top sides like Bruges and Anderlecht. Beveren was very good for me. I had a reasonable good first year in Belgium. I scored six goals in the UEFA Cup for them and I scored five goals in one cup game. I had a bit of reputation of coming good in the cup. 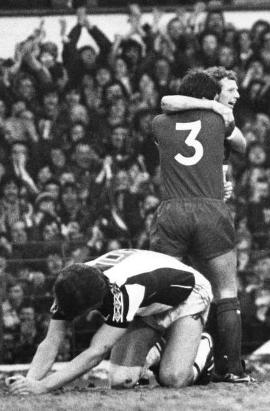 Fairclough strikes vs. WBA on 3rd of February 1979

You never know when you show up on a Saturday, walk into the dressing room and the manager tells you you're not playing. You can't be like that. Before the 1977-1978 European Cup final I played in 3-4 games before the final, Man. City and Notts Forest the week before. I was playing well, yet Bob Paisley refused to say that I was going to be in starting line-up. He left it until we were in the stadium. If I hadn't played that day I would have left. I wouldn't have stayed in Liverpool any longer."