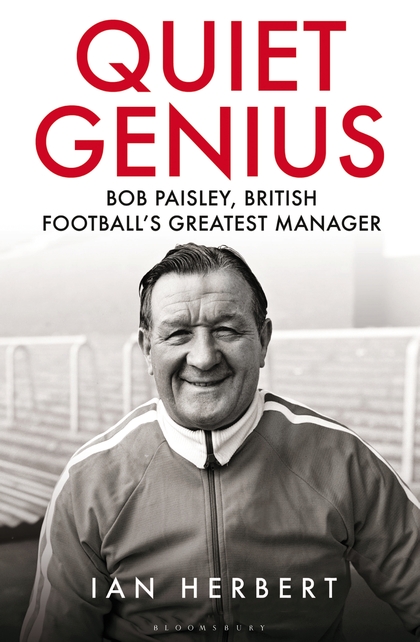 Bob Paisley released his autobiography in 1983, "Manager of the Millennium" was published in 1999 by John Keith and in 2007 "The Real Bob Paisley" was published by Sport Media, a fantastic look at Bob through the eyes of his family and the Liverpool Echo. Ten years it can be easily argued is a long time for no publication to be released on Liverpool's most successful manager. The question is what Ian Herbert, who is the Independent's chief sportswriter and former deputy editor of the Liverpool Daily Post, can add to the Paisley legacy. He has gained access to Bob's and Jessie Paisley's diaries that brings us closer to this myth of a man, who apparently could not get a sentence right with motivation not one of his strengths, yet a better judge of a footballers' capabilities can hardly be found. Herbert has also interviewed a multitude of Liverpool players as well as luminaries such as former club secretary and chief executive Peter Robinson and the horde of journalists who followed Liverpool's prospects in Paisley's heyday.

Herbert tries to get to the nitty gritty of Paisley's character that on occasion doesn't paint a pretty picture of him. Bob was evidently called "The Rat" by some players, referring to him being a Desert Rat in World War II, but more importantly emphasising their distrust towards him. Paisley was a friendly-looking guy, yet a hard taskmaster who could be ruthless; dropping players without prior warning and ending players' career suddenly without sentiment or explanation. You had to be a special breed to take over from such a giant of a man as Bill Shankly and certainly Bob wasn't required to be nice to his team. His indifference to players reminds you of how Rafa Benítez's disciples portrayed the Spaniard; cold and hardly likely to give you a cuddle.


Unfortunately, the book has some damaging failings pertaining to factual errors. As a writer of a few Liverpool books I know the importance of not letting errors make it all the way to print. The ones that can escape your attention despite several read throughs should be caught by the copy-editor who, ideally, is equipped with a fair knowledge of the subject matter. Errors can be minimal and even understandable, but the errors in this book are frankly incomprehensible. Ian St John wasn't a midfielder (page 27) and certainly not made captain by Shankly! (page 28). Gerry Byrne wasn't a midfielder (page 47). Ronnie Moran wasn't still captain when invited onto the training staff in the 1966-67 season [He was only captain in 1959-60] (page 91). Tommy Smith wasn't sent off in the controversial Inter away defeat in 1965 (page 135) and Rob Jones wasn't scouted by Tom Saunders and Kenny Dalglish and bought in 1987 [bought in 1991 by Souness] (page 298). Unfortunately missing is also Bob's sense of mischievousness; he was the great practical joker of the Liverpool team in which he played from 1946 to 1954, yet that is not mentioned.

The book wants to be the definitive account of Paisley's life and times and does offer great insight into Bob' modus operandi. Ian Herbert is an ambitious man whose study of the successful team Paisley assembled in cunning fashion is skilfully done and indeed is a worthy contribution to the legacy left by the diminutive fella from Hetton le-Hole whose success overshadows everyone else's in the history of this great club.

"Quiet Genius" is published by Bloomsbury and can be obtained from all good bookshops and on Amazon.