Dominic Matteo: In my Defence 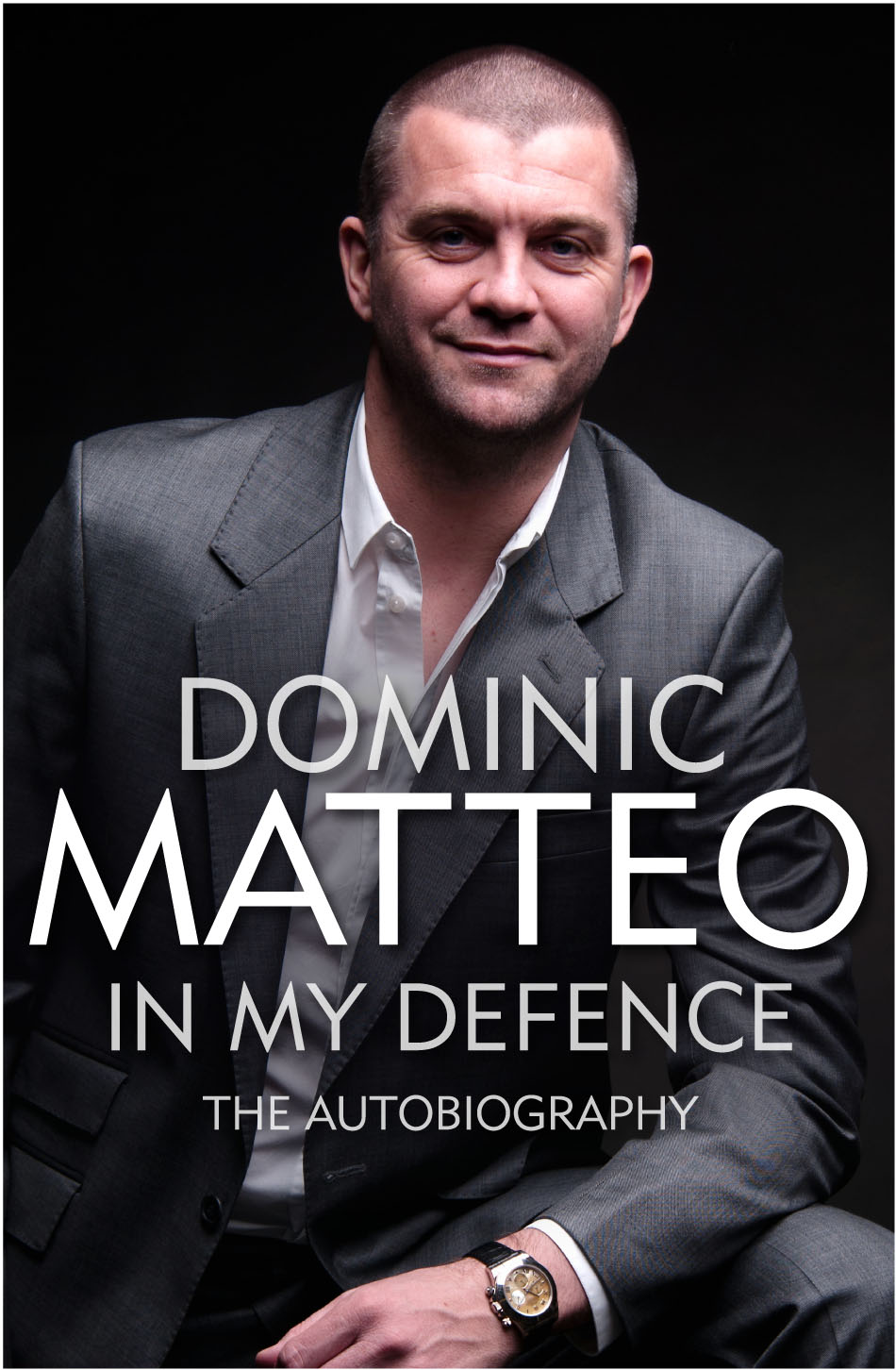 The bulk of Dominic Matteo’s career as a professional footballer was spent with two clubs. Although his shorter spells with Blackburn Rovers and Stoke City are covered, there is inevitably more focus on his time on Merseyside with Liverpool and in Yorkshire with Leeds United. Although he declares “I loved playing for both clubs," my impression after reading this book was that if you asked him now which of the two he felt was “his” club, he would answer Leeds, even though he actually made more Premier League appearances for Liverpool, albeit over a longer period of time. But at Leeds he became more of a regular in the first team than he had ever been able to become at Liverpool. Even though domestic honours eluded him, partly because he left Liverpool just before Gérard Houllier’s reign turned promise into tangible reward in the way of silverware, this memoir suggests that he possibly had more what I would call life-experiences at Leeds, experiences (many of them negative) which he talks about frankly and with total honesty. How he coped with such periods, recovered from them and moved on has shaped him into the man he is today; and it is quite a story!

Dominic’s parents moved their young family from Scotland to England before Dominic had reached his fifth birthday. Dominic brought his love of football down with him and because he represented Birkdale United he was often bumping into Kenny Dalglish because Kenny’s son Paul played for the same club. It was therefore no surprise that young Matteo became a keen and active supporter of Liverpool Football Club, a bond that was strengthened when the legendary Dalglish established a link between the Birkdale club and Liverpool FC’s Centre of Excellence, a link that resulted in Dominic being invited for the trials that would subsequently lead to his first professional contract.

Matteo acknowledges the debt he owes to his father for early guidance and that, apart from this massive paternal influence, he was also deeply impressed with Steve Heighway, about whom he says: “I couldn’t have had a better person to teach me how to be a human being and a footballer.” But the hard work has to be done by the player himself, unless your name is Robbie Fowler and you are blessed with “the most natural ability I have ever seen." Ronnie Moran was another who became very influential in Dominic’s fledging career, a man who was “always the one I looked to for guidance as to whether I was doing the right things or not." 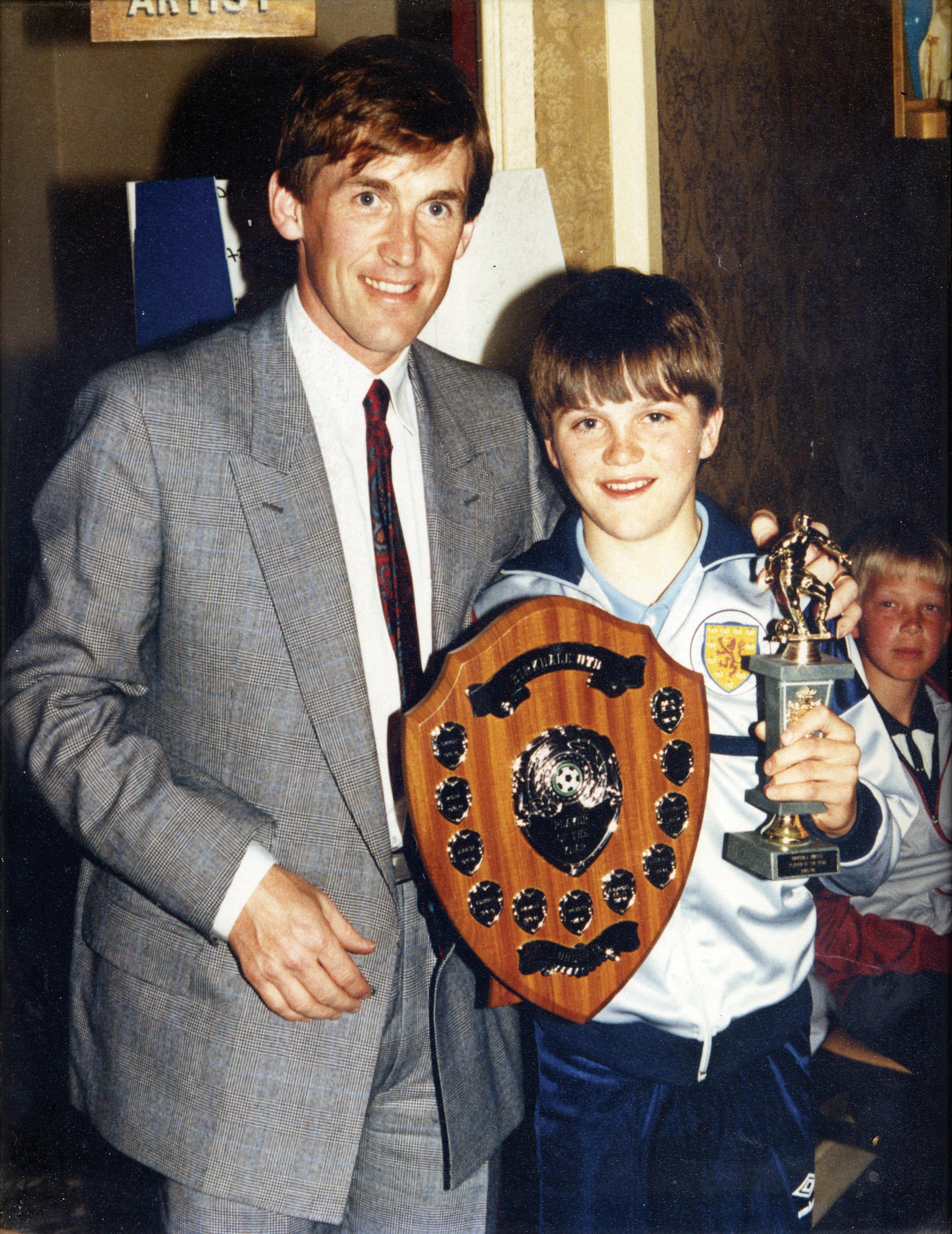 Kenny Dalglish congratulates Matteo on another successful season with Birkdale United.
He would later sign him for Liverpool.


Dominic served his apprenticeship and continued to work hard at his game. The day finally arrived when manager Graeme Souness felt he was ready to move up into the big team towards the end of October, 1993. After watching so many matches from the Kop, Dominic was now on the other side of those carefully-painted white lines. But old habits die hard and he found himself singing along to “You’ll Never Walk Alone” before realising where he was and the need to focus on the job he was paid to do. Even before he had made his competitive debut he was becoming aware of the social side of a footballer’s life. As part of a senior club squad that travelled to Dublin for a friendly fixture ten days before he made his Premier League debut, he saw for himself the massive drinking-culture that was so prevalent at the time, a culture that he found all too easy to be part of, so much so that he devotes a whole chapter of his book to “The Demon Drink” and the dangers both physical and financial that come with it.

Between 1996 and 2000 Dominic played in 122 Premier League matches out of a possible 152 but he is at odds with Gérard Houllier, a man he says was “always trying to take credit for things that went right and blaming others when they went wrong." Matters come to a head when Houllier tells Matteo that Christian Ziege will be arriving from Middlesbrough and going straight into the first team. Devastated at not even being given a chance to fight for his place in the team … and only shortly after having a five-year contract put in front of him … Dominic, now 26 years old, decides to move across the Pennines to join Leeds United, who can at least offer him something Liverpool can not, Champions League football.

Leeds have a phenomenal run through to the Champions League semi-final stage and Dominic endears himself to current and future generations of supporters with a famous goal against AC Milan in the San Siro stadium. But domestically things are not so good and the tell-tale signs of a coming financial meltdown are becoming more and more ominous. Matteo realises looking back that “putting everyone on 5-year deals smacks of no-one at Elland Road planning for the worst-case scenario, which, of course, is exactly what happened."

David Moyes attempts to woo him back to Merseyside as an Everton player but Matteo has already given his word to his old Liverpool boss Souness, now in charge at Blackburn Rovers. A couple of years at Blackburn is followed by a similar period at Stoke City who, guided by Tony Pulis, win promotion into the Premier League for the first time. But by now injuries are starting to seriously affect Matteo’s availability and with more time on his hands than if he was fully fit, he gets dragged into a very serious gambling addiction, on which he squanders an absolutely massive sum of money. Forced to retire from an active role in the sport that has most dominated his life, a good business sense has seen him become successful as the owner of a bar in Leeds. 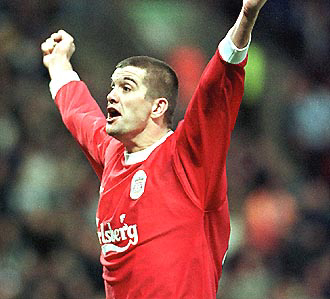 Dominic Matteo lived the high life, even if he was not one of the biggest names in the game. Supporters of both Liverpool and Leeds United might be surprised to realise just how few matches he missed once he had become established in the first teams at those two massive clubs. His is an interesting story and he has opened his heart and spoken very honestly about what he experienced and, just as importantly, what he learned from some of his negative experiences. He knows that “my overwhelming desire to play regardless of injury almost cost me dear in terms of my long-term health." Having watched doctors stick far too many needles into him in the latter stages of his playing career, he says that he does not want youngsters coming into the game to make the same mistakes: “If ever I speak to kids about being a footballer, the one thing I drum into them is the need to stay away from any kind of injections."

If Dominic was only regarded by some as a squad-player at Liverpool, he became a cult hero at Leeds. He saw the highs and lows of both football and life. He walked through a storm and he emerged from it older, wiser and stronger. He was well-liked and well-respected by his peers and there is a fantastic tribute from his former Leeds team-mate Lucas Radebe who enthuses about Dominic Matteo the man not just Dominic Matteo the footballer. This is the story of a man who would not give up on his dreams and who fought like a tiger to make them happen. We all make mistakes and errors of judgement. Matteo reveals his to the world and it takes a brave man to do that. Good guy, good story, good book. Well done Dominic and Richard (his ghost writer).