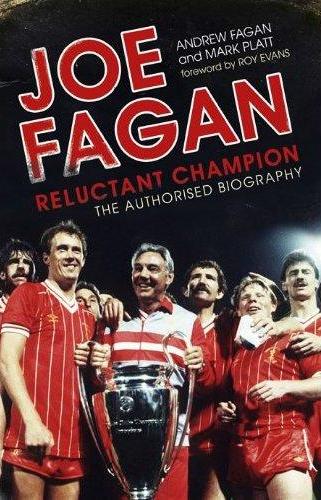 For the second time within a couple of years, a fascinating book has been published that gives previously unknown details about one of Liverpool Football Club’s most well-known personalities. Coming hot on the heels of “Geoff Twentyman : Secret Diary Of A Liverpool Scout” is the equally remarkable story of Joe Fagan in “Reluctant Champion”. The two men would have known each other well yet so little is known about the work they did and the part they played in Liverpool’s rise from a Second Division club to the pinnacle of European football. Twentyman’s story, as its title suggests, relied on the personal diaries that the scout had compiled over many, many years. Fagan’s story too relies on the meticulous notes he had maintained and the painstaking way his grandson Andrew and respected LFC author Mark Platt have pieced together the jigsaw of his remarkable life. The list of former players and colleagues queuing up to pay tribute to Joe is every bit as long as it was for Geoff, perhaps even more so. Amongst that list is the man who has written the Foreword to Andrew and Mark’s book, former Liverpool manager Roy Evans. Roy reflects : “He was a massive influence not only on my football career but my life in general. A truly fantastic man, as honest as the day is long and as straight as they come, he had an aura that commanded respect. If you had a problem it would be Joe you went to: quiet, understanding and approachable Joe.”

Born in Liverpool a couple of years after the end of the First World War, Joe’s early development is chronicled well living in an area of town where “gang culture was rife and street brawling commonplace”. Young Joe showed early promise as a boxer and cricketer but especially as a footballer where he was good enough to represent Liverpool Boys as a defender in the 1934-35 season. Although Fagan impressed Liverpool manager George Kay after a trial at Anfield, he was “certainly not one to be seduced by the romantic vision of running out for his hometown club.”

Joe joined Manchester City, a club that less than six months earlier had been relegated to the Second Division but he would return to his hometown club in 1958 after a successful playing career. Two decades after turning down the offer of a professional playing contract at Anfield, Joe began work as Liverpool’s assistant trainer/reserve team coach, an appointment that would not only change his life but also help to change the fortunes of the club that was still desperately trying to return to the First Division it had been relegated from in 1954.

Liverpool Chairman John Smith’s philosophy was to ‘promote from within’ and Joe was so highly-rated that he was appointed manager in 1983. His time in charge reached its zenith in 1984 when Liverpool beat AS Roma on their own turf in the Olympic stadium but his last game in charge was sadly the ill-fated European Cup final at Heysel. 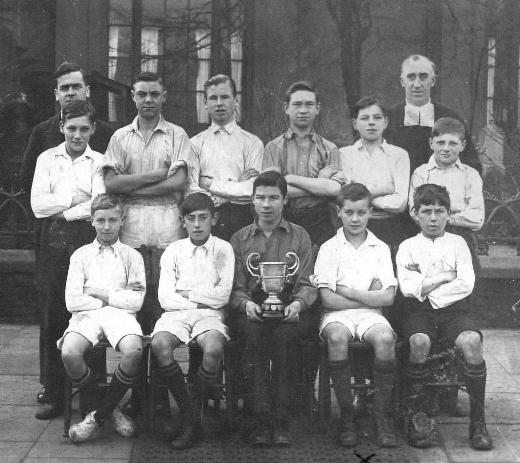 Joe’s son Stephen is keen to dispel the myth that his father retired because of what happened in Brussels. The truth is that he had made his mind up to finish several months before not listening to John Smith and Peter Robinson who practically begged the 63-year-old to stay on for a third season.

Joe was in confident mood ahead of the final and told a journalist that ‘the lads are bubbling and can’t wait to get on the pitch”. Sadly as everyone knows, the players’ arrival on to that pitch was delayed by an hour of madness and mayhem before the match, a madness that resulted in thirty-nine deaths. Joe’s efforts over the public-address system to calm the crowd down fell on deaf ears.

Fagan could have walked back into a position in the fabled Boot Room but knew that might make things awkward for his successor at Anfield. He only appeared in the public’s glare there once more, on the momentous occasion in 1994 that became known as The Kop’s Last Stand. He was happy to be able to spend more time with his family but seemed genuinely bemused when people recognised him when he was out and about or stopped to talk to him. As Andrew and Mark point out in this extraordinary story, “Joe was a major factor in Liverpool’s era of dominance” and this was recognised by his peers, colleagues and friends.

Many English clubs enjoyed success in the European competitions in the 1970s and 1980s and Joe’s role in this development in English football has never really been acknowledged - until now. And it is right that it is told now because as a Liverpool European cup-winning manager the name of Joe Fagan has every right to be uttered in the same breath as those of Bob Paisley and Rafael Benitez. We should not live in the Past but why should we ever forget it ? We probably always knew that Joe Fagan was a good man … kind, humble and honest. But now we know so much more about what made him tick, what motivated him and how even in the latter days of his life in football he used everything he had learned over time to take the club where he spent twenty-seven years back to the very top of European club football. That his career ended on such a dark day should never diminish what he did for Liverpool Football Club or the legacy he left for the men who followed him.

This is a hefty hard backed tome (over 300 pages) but there is a lot of material to cram into it. Mark has been involved with other successful publications about Liverpool Football Club (most recently the dramatic story of the title-winning 1946-47 season “At The End Of The Storm”) and there is no reason to think that this latest project will be anything other than successful too. As for Andrew, even though the subject of the book left us a decade ago, it is a distinct advantage to have so many of his family ‘on board’ to assist with their own memories. Although photographs do not make a book significantly better, they can certainly complement the text. I would like to have seen a few more photographs included because with the family’s involvement there must have been so many more to choose from. I was happy, though, to discover that two of the most iconic images of Joe were included … sitting by the swimming-pool with that beautiful, big cup the morning after the final in Rome in 1984 and walking on to the Anfield pitch arm-on-arm with Jessie Paisley and Nessie Shankly just under a decade later as a Liverpool team played in front of a terraced Kop for the very last time.

Numerous books have rightly been written about Liverpool managers of the past. Until this year, there has been one glaring omission. Now that injustice has been rectified in the best possible way by co-authors who in one case knew the man very well as a member of his own family and in the other case by a man whose knowledge of Liverpool Football Club and its rich and colourful history can be equalled or exceeded by very few living supporters.

Joe Fagan - Reluctant Champion can be bought from Amazon, WH Smith and various other bookstores.